Happily Ever After (for Our Children) 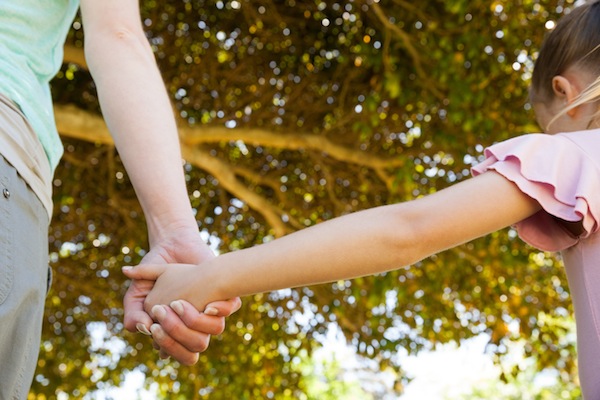 The statistics for single parent families are grim. The poverty rates for a single mother home is nearly five times the rate of a married couple family. The Single Mother Guide reports that 34% of single mothers are considered food insecure and about the same percentage spend more than half their income on housing, a factor that puts them at risk for homelessness. In addition to financial issues, many studies have linked high rates of juvenile delinquency, drug use and lower educational achievements amongst children raised in single parent homes.

Despite the troubling statistics, I firmly believe a single parent family can succeed. The first step is refusing to accept the phrase “broken family” and the emotional stigma associated with that label. Although I’m not normally one to be particular about semantics, this term troubles me. Words can have a powerful impact and often become a self-fulfilling prophecy. As a single parent with two daughters, I refused to think of us as broken in any way. Even more importantly, I needed my daughters to believe in the strength and stability of our family. The term “broken family” implies that something is terribly wrong and needs to be fixed. We never saw ourselves as a “broken family” but simply a family.

Looking at statistics is daunting but they are just numbers that don’t have to predict gloom, doom and failure for your family. Although I never envisioned that I would divorce and be a single parent, we can rarely predict the future and often can’t control our situation. We can determine our reaction to our circumstance and make a choice as to how we will respond to adversity. Choosing to succumb to bitterness and self-pity may seem the easier path but in the long run fighting to build a powerful, united family will provide the greatest long term benefit. Regardless of how many parents are in residence, it’s absolutely possible to create an intense family bond with shared interests, activities, faith, traditions and of course, love. Despite the loss of the dream to live happily ever after with a spouse, we can still create a home that is happily ever after for our children!