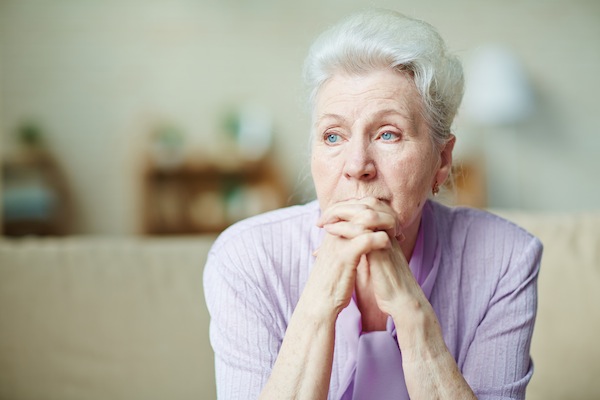 Divorce affects the two adults divorcing and the children involved. That’s obvious but there are also people impacted that are usually overlooked. We tend to forget that for almost every couple divorcing, there is also extended family that feel the force of the split. The aftershocks of the divorce can reach through the entire extended family: aunts, uncles, nieces, nephews and cousins. My daughters missed the cousins on their Dad’s side and he and I both missed having a relationship with each other’s nieces and nephews with whom we had grown close. Although the entire extended family may feel the pain of the divorce, grandparents of the children are often the ones most deeply impacted.

My parents loved my husband, had spent a great deal of time with him through the years and were very saddened by the divorce. They went through their own personal grief of losing a member of our family. Besides feeling the loss of the man that had been her son-in-law, my mother also experienced a feeling of shame. Divorce was not acceptable in her generation and she kept it a secret from her friends and family as long as possible. My father felt anger towards my ex and a feeling of helplessness. He wanted to protect his daughter and grandchildren and make everything right but it was beyond his powers.

Grandparents, most often the maternal grandparents, are often asked to provide assistance following a divorce. This can be in the form of financial assistance, sometimes even sharing a home for a period of time. I was very fortunate that I didn’t need my parent’s financial assistance but I did lean on them more often for emotional support and help with child care. Help with child care is the most common source of support maternal grandparents provide. A stressed out single parent is fortunate if they have parents they can call on for help and the children benefit by having additional loving adults involved. Some grandparents may welcome the extra time spent with grandchildren and some may see it as a burden. The additional care they are asked to provide may take them out of their preferred role as “fun” grandparents into more of a parental role, a task they thought was in the past.

Parents of the adult children divorcing are the forgotten casualties of divorce. I remember being surprised at the intensity of my parent’s emotions concerning what I considered as MY divorce. Looking back, I see so many ways it also changed their lives and their grandparenting experiences with my children.  It’s almost inevitable that at some point in everyone’s lives, they will be touched by divorce. Keep the lines of communication open and always keep in mind that the children’s best interests should prevail.