When my first grandchild, Levi, was born I had mixed feelings of joy and anxiety.  Joyful that he had arrived safely into the world, anxious about his future. 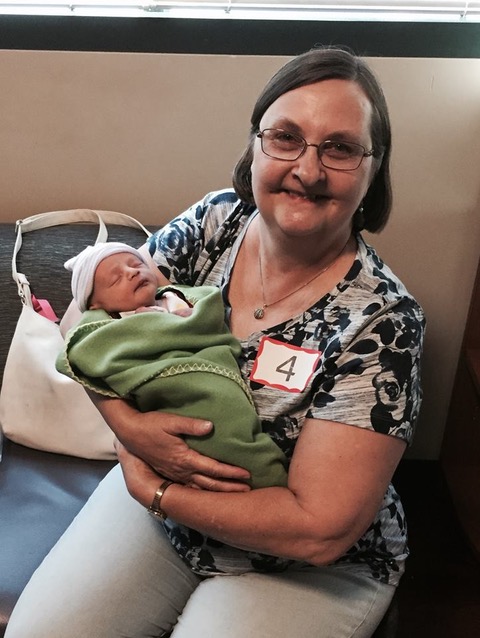 His mother, Heather, has Multiple Sclerosis (MS) and related health issues.  I know many Moms with MS are able to take care of their children, and I tried to be hopeful that things would work out for their little family, but they didn’t. When Levi was 9 months old, his mother had a severe exacerbation of her MS symptoms.  She was weak, in pain, and could barely walk.

After several days in the hospital, she and Levi came home with us. As she slowly recovered and thought about going back to her apartment, we all began to realize that she wasn’t going to be able to take care of him on her own.  So my husband, Brian, and I became Levi’s legal guardians.

An AARP pamphlet states that in the  2010 census, more than 2.5 million grandparents were responsible for grandchildren who were living with them.  Of those, more than 1/3 do not have a parent present in the home.  That would be us.  Levi has lived with us now for more than two years.  Although his mother sees him a couple times a week, we are the custodial parties and the primary caregivers.

I know we are not alone, but sometimes it feels like we are. Many of my friends and relatives have grandchildren. Many help with babysitting, but I know no one personally who is raising their grandchild.

Like his birth, raising Levi is a life full of joy and anxiety.  I’m not as young as I used to be.  I don’t have the energy I did when my kids were little, and I’m more set in my ways.  Yet after two years, he seems well adjusted and settled in.  But even with 2.5 million grandparents raising their grandchildren, I still feel like an island. The rest of the world often doesn’t seem to understand.

People are surprised when I tell them we are raising our grandson. People my age, (near retirement) are often aghast and then impressed that we are doing such a big thing.  Younger people (young parents in particular) sometimes seem skeptical that we are up to the task. Or maybe that’s just me being paranoid…I do get the occasional store clerk who asks if I’m babysitting for the day. The first time that happened, it surprised me.  “How do they know I’m a grandmother?  Do I look old?”  When I answer that he lives with me, it’s often met with silence, as if they pity us.

Our life has changed dramatically since Levi came to live with us.  Everything revolves around him.  Who’s taking him, picking him up, from daycare?  What will he eat or drink besides chocolate milk? How do we entertain him on the weekend?  Pretty much every room in our house is a playroom now, especially my study, which was once quiet and organized. 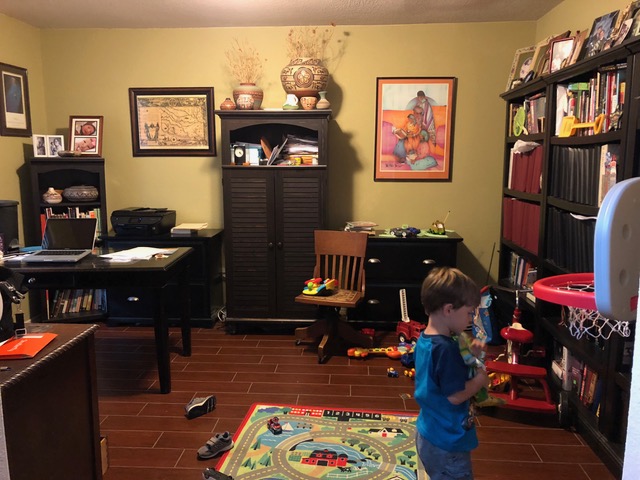 Here’s what hasn’t changed though, the unconditional love that crosses generations. I’m a genealogist, and I’ve seen it in the records.  In the past, when parents died or got sick or moved away, grandparents, aunts and uncles or older siblings were left to raise young children.  In many cases, it was never made legal.  Family just took them in.  It’s what families do.

I recently helped an 85-year-old man with his genealogy.  He had no living relatives that he knew of.  We went online and found a few census records, which were interesting but not very exciting for him.  Then we happened onto a family tree that was put up by a cousin of his whom he hadn’t seen in 50 years.  This cousin had photos of the man’s grandmother who raised him.  Photos he didn’t have.  It brought tears to his eyes, and mine, too.  This grandmother took him and his brother in when they were 8 and 9 years old. He said that because of her, he grew up in a loving family environment.  I can only hope that Levi remembers me and his grandfather in the same way.

Someday, he will wonder why he lives with us, and I worry about what we’ll tell him as he gets older and starts asking questions.  He already knows that Mommy can’t carry him very far, and he seems to just accept it, but there will be questions about his father and other hard things.  Hopefully, our truthful answers and our love for him will be enough to fill the void.

My biggest fear is that I won’t live to see him grow up.  There are reasons why most parents are in their 20’s and 30’s when they have children.  Energy and longevity mean something.  But I try not to let that fear eat at me.  We just take it a day at time.

For me, the most precious and best time of day is when we read stories before bedtime.  Not only does it signal the end of a sometimes hectic day, but I treasure the cuddles and the intimacy.  All things considered, I think I’m a lucky grandma to be a grand PARENT. 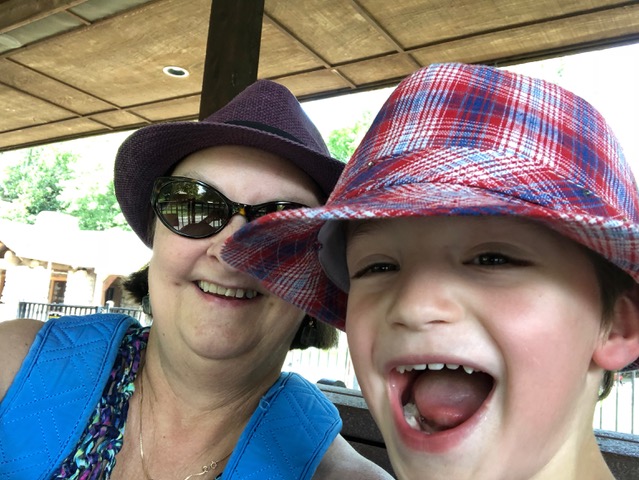 Liz wrote a monthly column for Tulsa Kids during the ’80s and ’90s when her two youngest children were still at home.  For the past 18 years she has worked part time at the Genealogy Department of the Tulsa City County Library.  She is the mother of three and the grandmother of two. 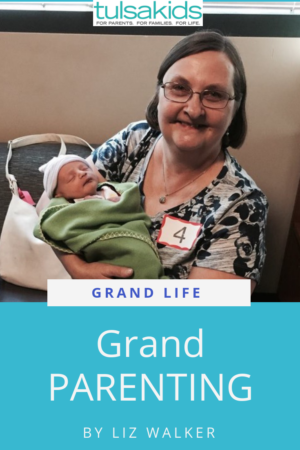