This year, I did my first (and probably last) GoodReads challenge, setting a goal to read 70 books between January 1 and December 31, 2019. I am pleased–and a little embarrassed–to admit that I’ve reached my goal. You know, just a few months early! I hate looming deadlines!

If you’re not familiar with GoodReads, I use it mainly to log and rate what I’ve read. It’s a website/app, and you can use it to connect with friends and see what they’re reading, write book reviews, find recommendations, etc.

My primary goal with the GoodReads challenge was to try to read a more diverse set of books. More books by authors of color, books featuring LGBTQ+ characters, etc. I think I did a pretty good job of meeting this goal. However, I still read primarily fiction. My goal for the remainder of the year is to read the two parenting books that have been on my to-read list for several months: “The Whole-Brain Child” and “The Normal But Not-So-Easy Child” by local author Dr. Robert Hudson. Reading two nonfiction books in 3.5 months may prove harder than reading 70 fiction books in 8 months. We’ll see.

At Maker Faire a couple weekends ago, I picked up a 2019 Reading Challenge handout from Whitty Books. Theirs challenges you to read books fulfilling prompts 52 different categories, from “A book under 300 pages long” to “A book written by an indigenous author” to “A book that strikes you as very odd.” If one book fulfills more than one category, you can count it in as many categories as you like. So this doesn’t mean you have to read 52 books this year, but you can if you want to! I’m going to hang onto this handout because there are some great prompts on there. If you want your own, I’m sure you can stop by Whitty Books (next to Kendall-Whittier Square) to pick up your own!

Since I liked most of the books I read this year, I wanted to share the list with you, in case you need any reading recommendations for the upcoming months! I gave all of these books 3-5 stars, with the exception of two, including the very last one, a cozy mystery whose baker-turned-detective was disappointing. She only solved the case when she accidentally walked in on the killer breaking into her house! What?! No powers of deduction?!

I read most of these books by downloading the eBook from the library, so if you have a library card and a device with the Kindle app, I highly recommend that route! It’s saved me so much money!

I’ll write the number of stars I gave each book to the right of the title, so you’ll know which were my absolute favorites. Four is my default rating because I’m not usually too critical–and if a book was rating lower than a two, I didn’t finish it. There were a couple of those. And so, without further ado:

If I had to recommend just three titles off this list, I’d recommend “Dread Nation,” either of Naomi Novik’s books (one is a retelling of Rumplestiltskin and the other a retelling of Beauty and the Beast), and Alan Bradley’s Flavia deLuce series. The two listed here are later in the series, so start at Book 1. But this is a mystery series whose detective is a young girl passionate about chemistry. Such fun!

That’s it! If you read or have read any of these titles, please let me know which, and what you thought! 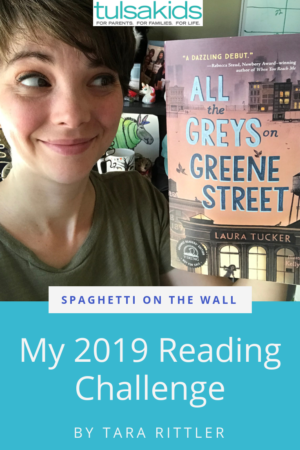