Give Your Child the Gift of Empathy 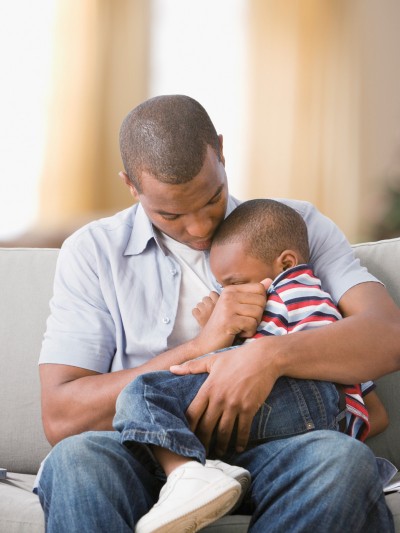 Parents have an important role in teaching kids empathy.

A child has just fallen down on the playground and is clearly in pain. Would your child stop to help or would he or she dash off to the slides, knowing that a teacher would eventually step in to save the day?

Empathy. So many parents want their children to possess it, but may not realize the profound role they play in fostering its development.

According to Dr. Anita Ede, professor of early childhood education at Northeastern State University Broken Arrow campus, empathy is an important component of child development that impacts the way children interact with and relate to others.

“When children have empathy, they are able to put their feet in the shoes of another person,” Ede said.

As a parent, grandparent and professor, Ede sees through multiple lenses regarding the development of empathy in young children.

“It is all about acknowledging the feelings of others,” she explained. Interestingly, for young children, the process of learning that other people’s feelings matter begins with the parents. It’s a familiar scene—the wailing child in the grocery store with an exhausted parent who tells him to stop crying or they’ll give him something to cry about. When a parent or an adult neglects to acknowledge a child’s feelings, Ede notes that the child in turn learns to do the same to others.

Instead of ignoring the child’s feelings, Ede says that it is very important for parents to begin by helping the child label the emotion that he or she is experiencing. For example, “I see that you’re really angry about that.” Parents also should let the child know that there is nothing wrong with being angry—it’s all about how the child chooses to respond to the emotion. This is where appropriate modeling comes in.

Above all else, Ede stresses the point that a child’s development of empathy or a lack thereof hinges upon what the child sees modeled by parents.

“Children are always watching, and when parents model a lack of empathy, children will pick that right up,” she said.

On the flipside, they’re just as eager to follow along when they see their parents engaging in small acts of kindness.

“I remember shortly after my husband passed, the kids were ages 13, 12, 10, 9, 6, 3 and 16 months, and we had such an outpouring of love and support. I just knew this was a golden opportunity to talk with and teach the kids about the why and how we too can show this same empathy,” Summers said. “We took a mason jar and gathered all our loose change – took money from their piggy banks, from spare change after the store – and started saving money. We then decided as a family who we were going to surprise with our Christmas Jar. It was based off a book I had read and loved. And we as a family did a ding-dong-ditch with the Christmas Jar to a family we knew could use the extra help and love, just as we had been shown after Daddy had passed. Connecting their feelings with others’ feelings made a huge impact on the kids with this act of service.”

Summers also makes a point to use everyday life occurrences and relationships to model understanding and concern for the feelings of others. For her, this is a process that begins at home.

“It all starts with the family,” she said. “How we treat each other at home will reflect how our children respond and treat others in society. If we show our kids that their feelings matter, that we understand and that we are really trying, they in turn may go out into the world and do the same.”

Teaching children to value the feelings of everyone, including those who they do not identify as in need, is an important component of helping children understand that empathy is not a light switch that should be turned on and off—on when a family’s house has burned down and off when a school classmate is being teased. Social media is one of the platforms where today’s children often turn off their empathetic switches, making comments that they otherwise might not be brash enough to make to their peers’ faces. Mom of five, Christie Reed, feels it is critical to be mindful of this.

“The biggest thing as far as being empathetic is trying to stress the importance of social media and what to put out there,” Reed said. “It’s so easy for children to join in when they are with their friends and people are laughing. ”

Rather than ignoring the behavior or scolding the offender and then moving on, Reed emphasizes the importance of using the incident to have a conversation with the child.

“I encourage them to think about how they would feel if they were that person who someone is saying those comments about.”

Aside from conversing about actual incidents, Reed believes in the power of engaging in meaningful empathy-focused conversations with children. Furthermore, she has always used story time as an opportunity to teach children about feelings and empathy.

“You don’t have to be reading something that specifically is about empathy,” Reed said. “Even if you’re reading a book and someone falls down, you can ask, ‘How do you think they feel?” and you can point out, ‘Look what a good friend—he went and got a Band-Aid.’”

But what if a child doesn’t seem to possess quite as much empathy as his or her parents would expect? Ede explains that this may not be as concerning as one might think.

“One thing that people have to remember is that a lot of unempathetic acts are due to a child’s developmental immaturity,” Ede said. “Everything is intentional for young children and they do things with purpose.”

For example, imagine that preschool student Robert accidentally knocks over Emily’s milk carton in the cafeteria. Emily knows that this heinous act must have been on purpose and decides to push Robert, screaming, “Teacher, he threw my milk!” To Emily, the only reason that Robert would have knocked over her milk carton is that he wanted to. Therefore, she feels the need to teach him a lesson.

According to Ede, this mindset is developmental, and often continues until children are anywhere between the ages of 6 and 8 when they start to realize that accidents do occur.

However, if parents who model empathy notice that their child does not seem to possess it, there is a point at which Ede notes there may be cause for concern.

“I would be particularly concerned if I had a child who was late 3 to 4 or 5 and showed no signs of empathy, especially in regards to younger, smaller children and animals—animals in particular,” Ede said. “If this is the case, I recommend that parents go to their child’s pediatrician and share this concern. It is important to remember that even very young children can have mental illness.”

The good news is that some children may simply struggle to show empathy because they have not had many opportunities to observe empathy at home, such as children who may have experienced neglect in their early years. Ede asserts that it’s never impossible to teach a child empathy, regardless of the child’s age. For caregivers who are navigating the task of helping older children to develop empathy, Ede suggests beginning by treating the children with love and respect, acknowledging their feelings and demonstrating a willingness to discuss those feelings. Furthermore, she cautions parents to avoid using “Button it up and go on or shake it off—that kind of throw-away language.” Just as with younger children, this only cements the idea that the child’s feelings are unimportant, and thus, so are the feelings of everyone else. Yes, the journey of helping an older child develop empathy will likely be longer and more difficult, but at the end of the day, children want to do the right thing.

On the topic of older children, the vast majority of them have been trained to say they are sorry following any negative encounter with another child or person, whether or not the incident was a mistake. Ede cautions against forcing children to pretend empathy by making them say they are sorry when they aren’t.

“Forcing a child to say I’m sorry teaches them to lie,” Ede said. “They learn to pretend empathy and this is a lifelong developmental process that begins when children are toddlers.”

“Do not insist that they say they are sorry. Give the child opportunity for restitution,” she said. “If Johnny knocks over Suzy by accident, allow him the opportunity to make the situation better. ‘Can you help me get a wet paper towel for Suzy’s knee?’ Allow the child to become a helper and to become a positive force in the situation.”

Furthermore, Ede does not recommend timeout, as it is not helpful and ultimately does not model a positive way to interact with others and improve the negative occurrence.

Instead, Ede recommends the following tips for helping children to develop empathy:

At the end of the day, as Summers said, teaching children to have empathy is all about the golden rule: “Do unto others as you would have them do unto you.” 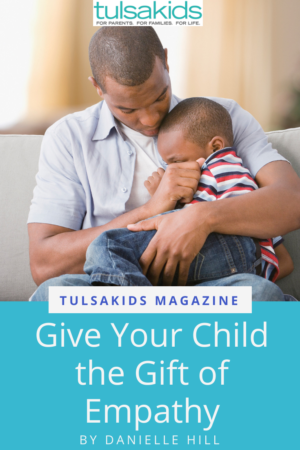