The 'Cozy Mystery' genre is my new literary addiction. 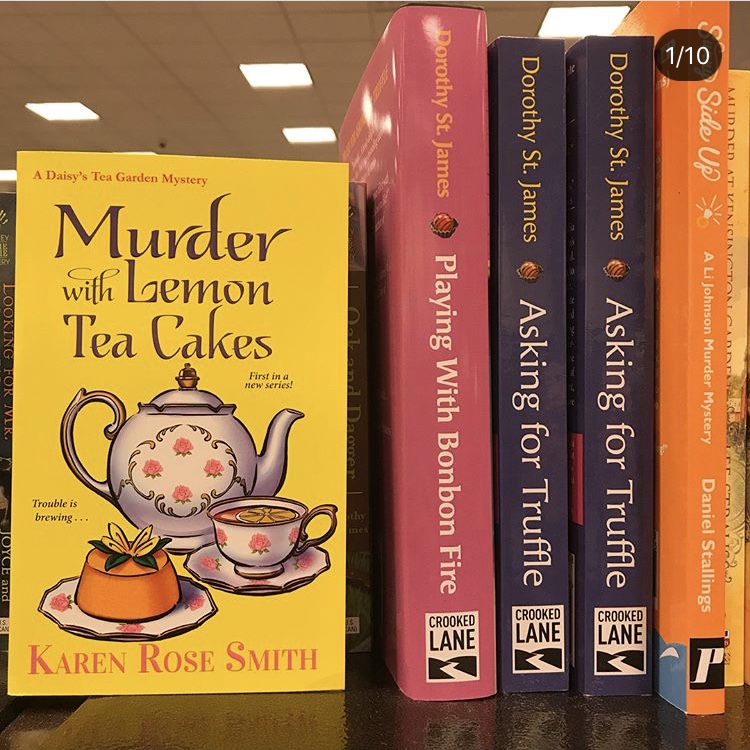 A shelf of cozy mysteries at Barnes and Noble

Back when I wrote about the Helmerich Library’s Coffee Book Club, I learned about The Coffeehouse Mystery series by Cleo Coyle, starring New York businesswoman and accidental sleuth, Clare Cosi. A few weeks ago, when a friend convinced me that the Kindle app was a necessary addition to my digital life–mostly because you can check out Kindle books through the Tulsa Library–I finally got my mystery-and-latte-loving hands on “Roast Mortem,” the ninth book of the series.

In “Roast Mortem,” Clare Cosi works to solve the mystery of why someone is burning down local coffee shops–and if she doesn’t detect fast enough, her own cafe could be next! In between Clare’s detective work, she teaches her employees how to troubleshoot grinder issues, and gives very detailed instruction to a group of firefighters on how to properly use their station’s new espresso machine.

For example: “Tucker had already preheated the portafilter (a required step for maintaining temperature during slow periods). He dosed and leveled off the proper amount of grinds and expertly packed them down with his personal purple tamper…I closely watched the twenty-five-second extraction process. As I teach all of my employees, a barista does not have to taste a shot to know when it’s gone bad…A full-flavored extraction, for example, has the texture of dripping honey; the color of a deep reddish-brown ale. An espresso with a thinner body and a light golden color might be prettier to look at in the cup, but it was completely sour on the tongue–not unlike Lucia Testa. Hmmm….” (“Roast Mortem”)

As someone who worked for far too long as a barista, I found “Roast Mortem” very entertaining and downright baffling. Who knew there was such a demand for coffee-themed murder mysteries? The strangest part was just how descriptive and serious the books got about coffee preparation. Someone who has not worked as a barista could really learn a thing or two about espresso from reading these books!

Fast forward to a few weeks later, when Daniel, Joss and I went to visit our family in Wichita. We were only there for four days, but I convinced (it wasn’t hard) my mom and step-dad to watch Joss Saturday evening so Daniel and I could have a long-overdue date night. After dinner at a sushi restaurant downtown, we headed toward Bradley Fair, Wichita’s Utica Square equivalent. Bradley Fair is home to one of my favorite shops in Wichita, Cocoa Dolce, which has fantastic gelato and truffles. It is also home to a huge Barnes and Noble and, being full from sushi, we made that our first stop.

After browsing the geeky toy collectibles section, we found ourselves in the Mystery shelves. But what was this? A whole shelf-full (not just a section, but a whole shelf) of bakery-plus-murder-themed puns?! Murder mysteries involving cats and crocheting? 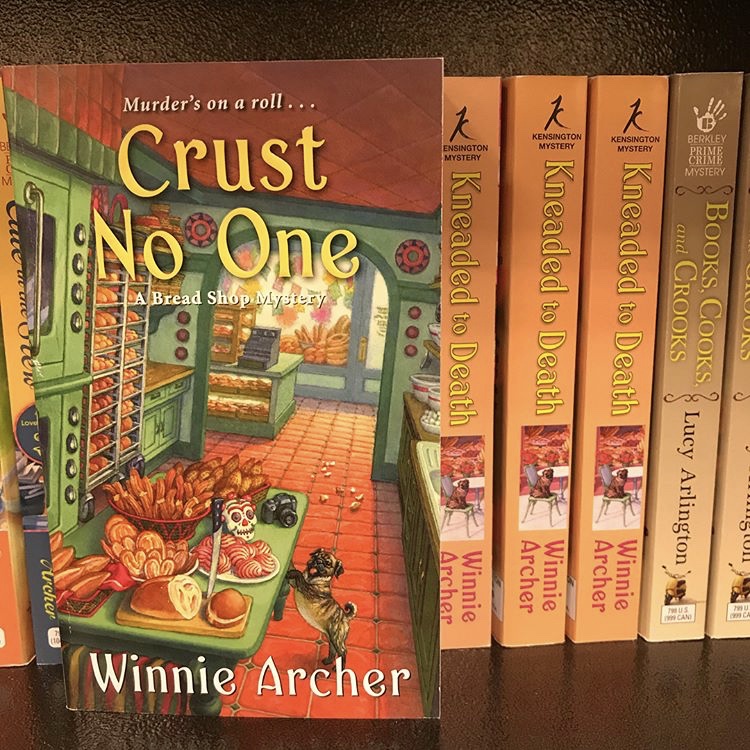 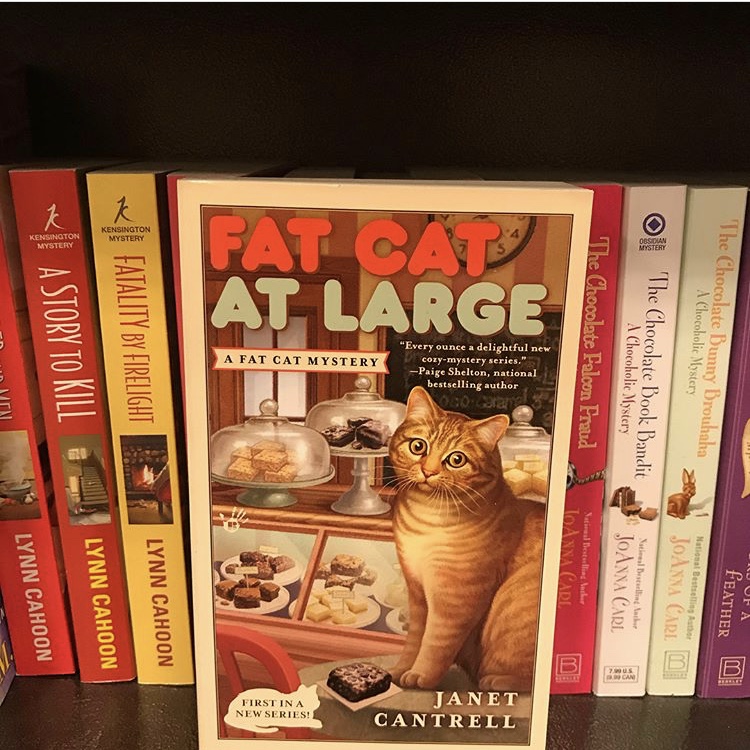 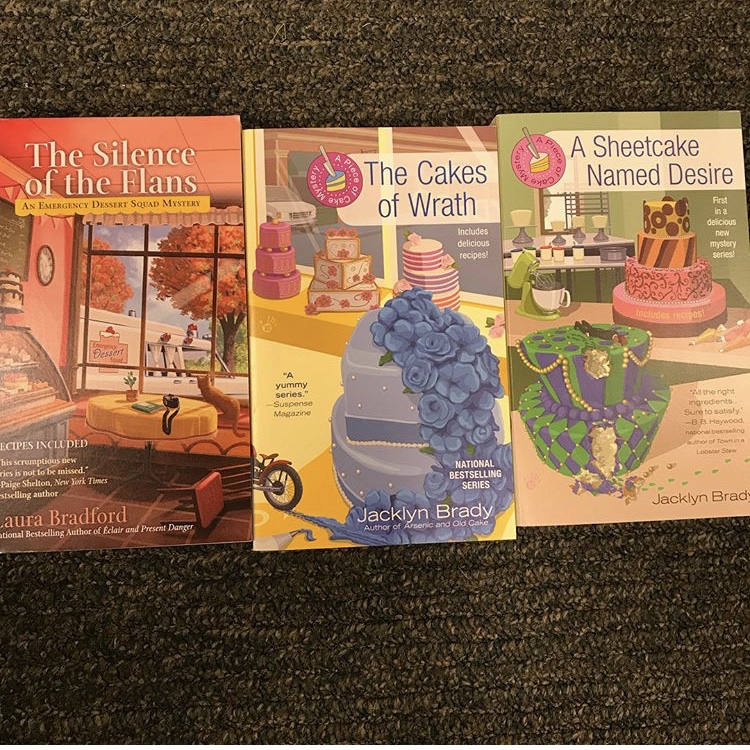 We were flabbergasted at the ingenuity and sheer numbers of ridiculous puns, and a little confused as to why so many modern mysteries have to do with cooking, until we realized we were in the “Cozy Mystery” subsection. Now, lest you think it’s all pastry and knitting, the Cozy Mystery section also has cooking-and-politics-themed series, pickling-themed series, and even font-themed series. So it’s a very diverse genre. 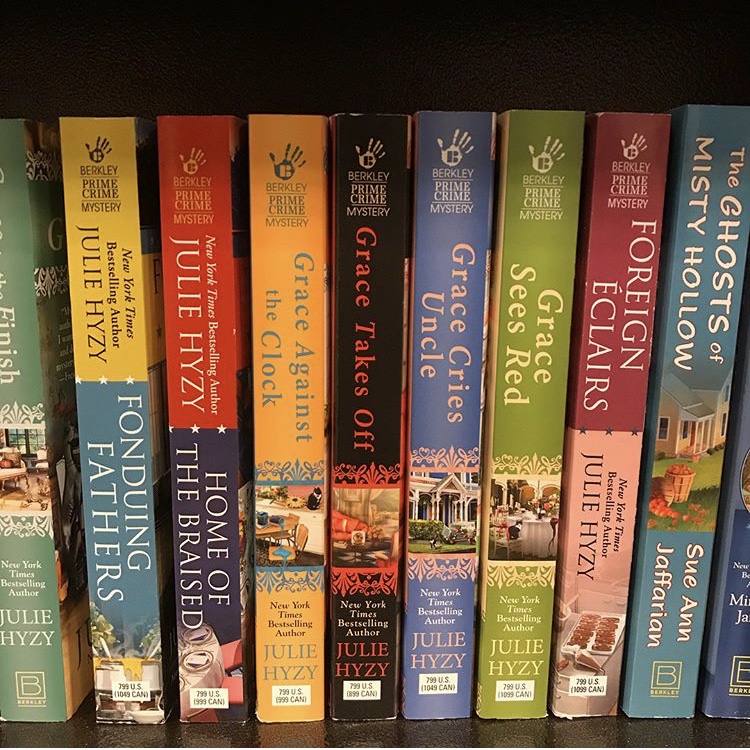 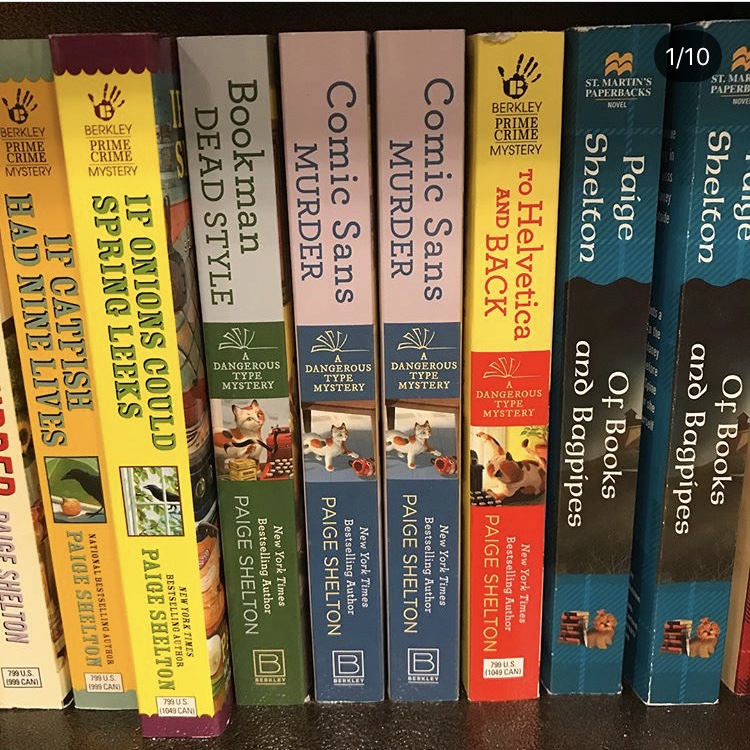 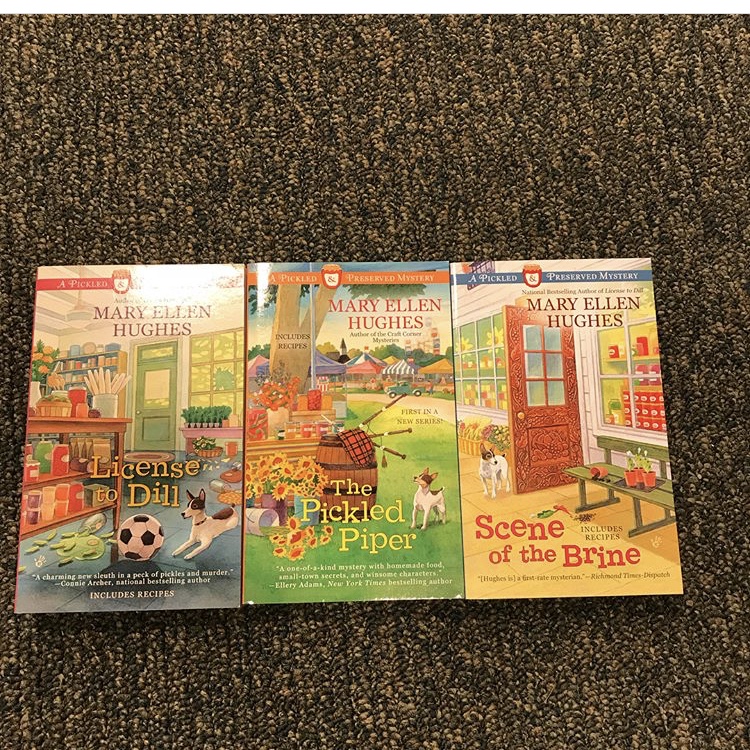 I really wanted to purchase a Cozy Mystery during our date night, but it proved impossible to pick a favorite pun title from the lot. However, on returning to Tulsa, I got out my phone, browsed the Tulsa Library’s digital collection, and found myself hooked on The Book Retreat series by Ellery Adams, a prolific Cozy writer who has also written The Charmed Pie Shoppe mysteries, The Secret, Book & Scone Society series and several others.

If you love books and baking and aren’t too worried about only consuming “high-brow” literature, you may adore The Book Retreat series, which is set in the fictional Storyton Hall, a mansion-turned-bed-and-breakfast that houses several libraries, prohibits the use of technology in public spaces, and boasts a kitchen that turns out the most delicious-sounding food, thanks to the good Mrs. Hubbard. Jane Steward, the retreat manager, is also part of the Cover Girls book club, composed of her best friends. Their book club meets once a week, and they are working backwards through the alphabet, with each Cover Girl getting to choose one book to read for each letter of the alphabet. When they meet, everyone brings a themed dish to share (for example, when the Girls read “Chocolat,” each dish prepared must incorporate chocolate in some way), while one of the Cover Girls prepares a special cocktail invented just to suit the occasion.

The Book Retreat series, far more than the Coffeehouse Mystery series, helped me understand the Cozy Mystery genre. It is the ultimate in escapist literature for people who love food and books. (And knitting and cats, but those are “meh” subjects for me 🙂 And, being “adult” literature, of course there has to be some romance as well. And now, as we are in the last few weeks of summer and no doubt looking forward to cozying up during the fall, would be a perfect time to introduce yourself to Cozy Mysteries.

A Recipe from “Pies and Prejudice”

Many of the Cozy books also include recipes at the back so you can bake along with the characters. So for today’s post, I decided to share a recipe from the first Charmed Pie Shoppe book, “Pies and Prejudice.”  (The Charmed Pie Shoppe truly is charmed: protagonist Ella Mae LaFaye has the ability to transfer her emotions into her baked goods, which are then transferred to the people who eat them. If I remember correctly, this Shoofly Pie was the one that, following an encounter in the kitchen with her childhood crush, caused various townspeople to drop their trousers in pursuit of pleasure. So…bake with caution ; ) 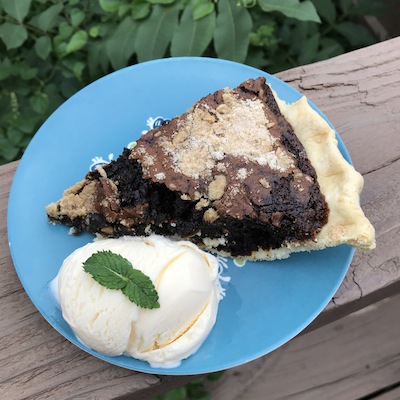 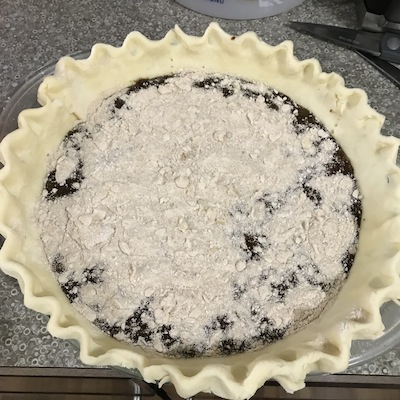 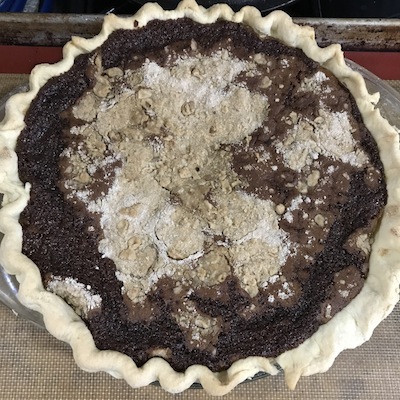 **”Ella Mae” recommends serving this pie with vanilla ice cream or whipped cream. I second that. The pie is so richly molasses-y that the addition of a scoop of vanilla ice cream really helps balance the flavor. Plus, it’s ice cream!