Out of the three cons we've attended in Tulsa, this was definitely the most kid-friendly

Well, I am writing this from the comfort of my living room because, after a long (fun!) weekend, Joss went to bed and woke up with a slight fever. I should have known something was up when, as we first entered Tulsa Pop Culture Expo, he started crying at the sight of a Spider-Man statue (he loves Spider-Man), but I chalked it up to being overtired after skipping a nap and staying up late the day before. Oops. 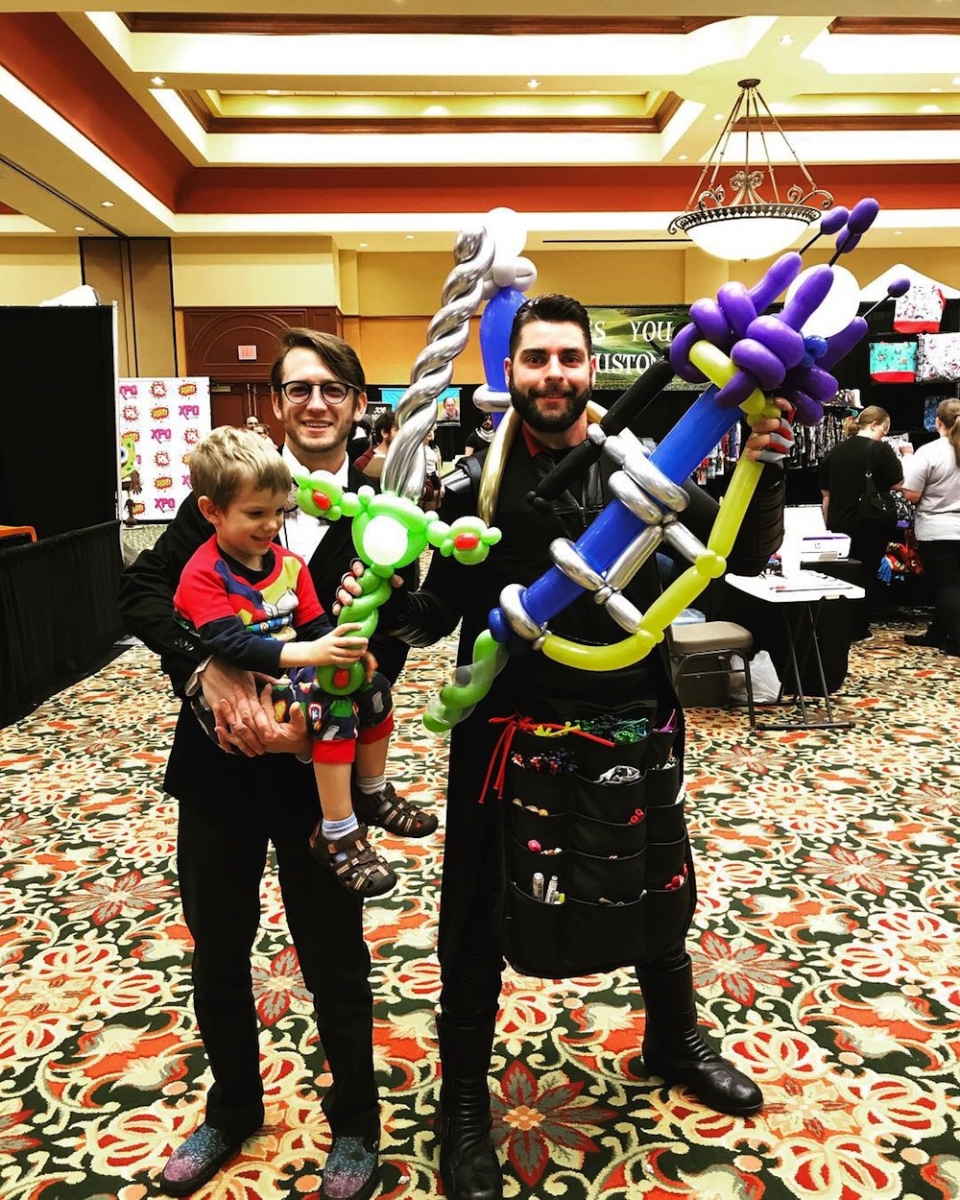 Thankfully, after our rocky start, Joss quickly spotted Balloon Man Neil in the vendor room. The promise of a balloon sword (that lit up, no less!) brought a smile to his face.

First, if you are unfamiliar with the concept of cons, here’s a brief overview of what you can expect: There will generally be a vendor hall(s) where you can purchase a variety of geeky goods, from art prints to commissioned art pieces, to comics/graphic novels, to Funko and other action figures, etc. etc. One of the biggest draws to a con are the celebrity and industry-professional guests, who are generally available for autographs and/or photographs, at an additional cost. Most of these guests will also do panel discussions, which can be a fun opportunity to learn more about projects they’ve participated in, get an insiders look on, for example, designing covers for Marvel comics, etc. There will also be a lot of cosplayers–i.e., people dressed up as some of their favorite characters, from super heroes to Star Wars aliens, pretty much anything you can think of! It’s so much fun to see people’s creativity! At Tulsa Pop Culture Expo, a major part of the con was the gaming tournaments and opportunities, since one of the major organizers was XPO Games Festival. And finally, there are other activities for both kids and adults. This blog post will mostly focus on the kids area, which was exceptional.

This was my first experience at Tulsa Pop Culture Expo, which is put on through a coordinated effort by Tulsa Pop! Kids, XPO Games Festival and OKPOP. It was not our first con experience, however, as we’ve been to both Tokyo in Tulsa and Wizard World Con, the latter of which was a couple months ago and failed to impress. Tokyo in Tulsa is always a lot of fun, but I’d say the Kids Area alone at Tulsa Pop Culture Expo made this the most family friendly con of the three. Wizard World’s Kids Area, in comparison, had several tables set up but at most a few coloring sheets as an activity. 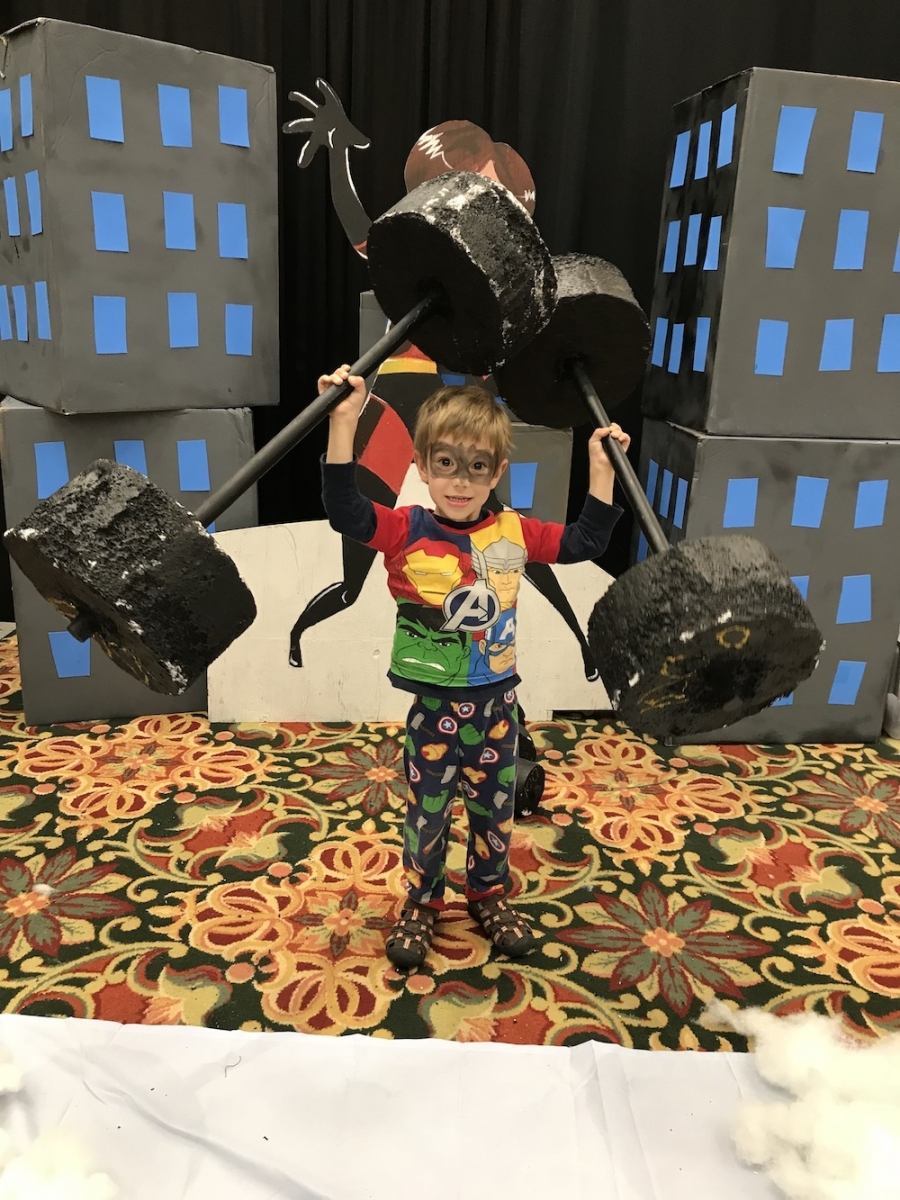 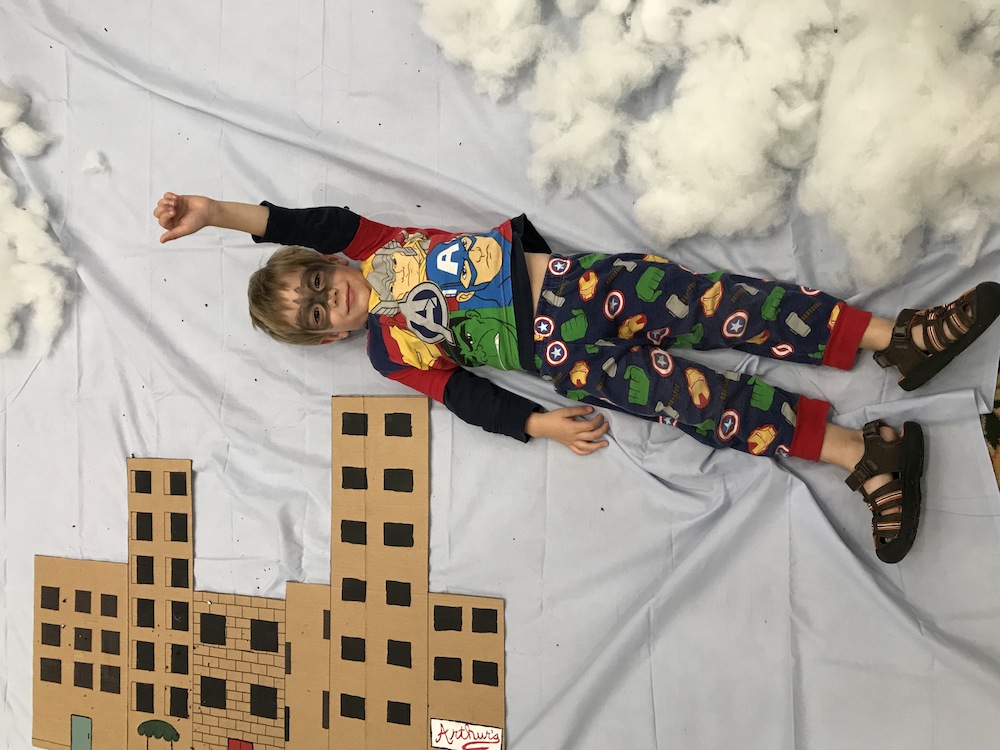 Superhero Training was a fun Kids Area station/photo opportunity! When Joss first saw the giant weights, he said, “I can’t do that, they’re too heavy!” But eventually he tried and realize that he was stronger than he thought!

Tulsa Pop Culture Expo’s Kids Area, on the other hand, had multiple fun activities, from Jedi Training to free gaming to a complete Harry Potter section and makeup art by Clary Sage. Plus, additional ticketed activities like a Pizza Party and Princess Tea Party. 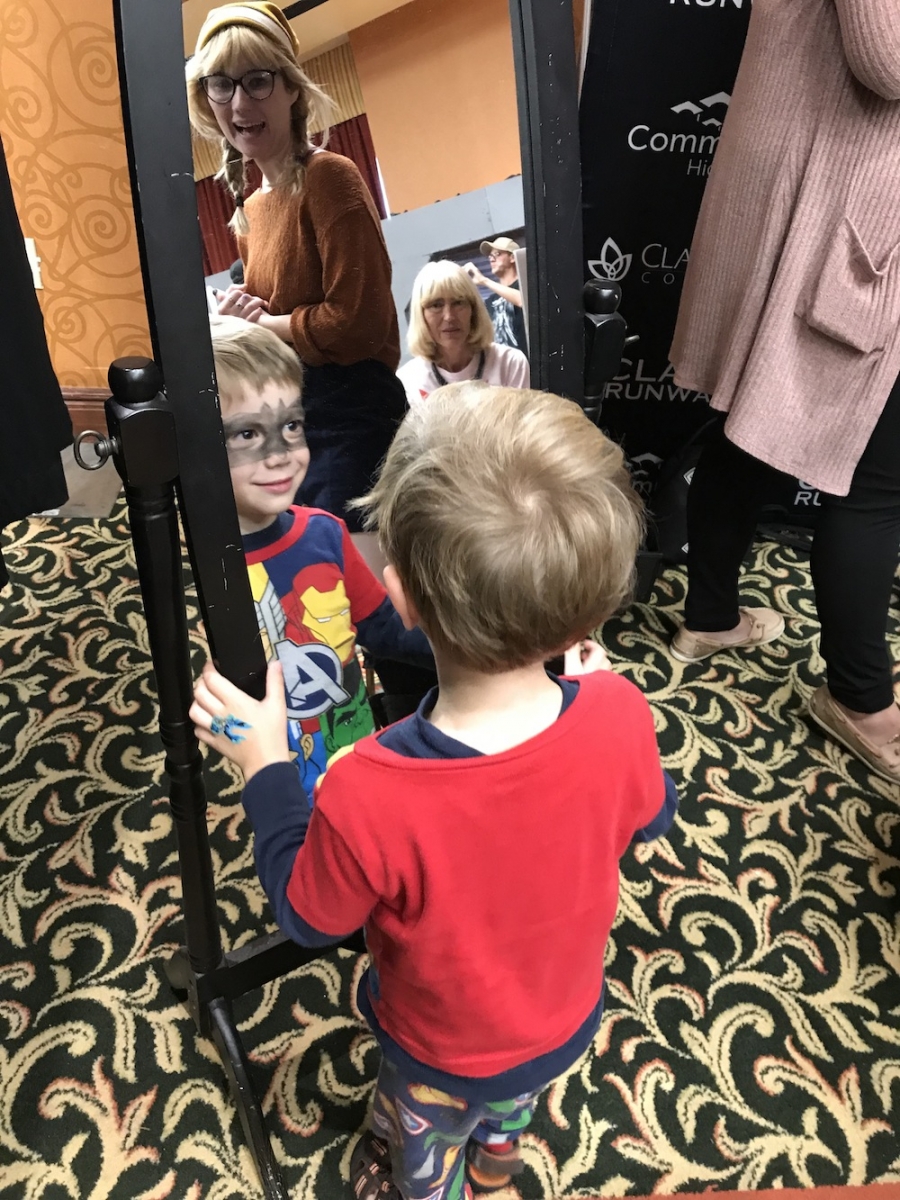 Clary Sage was mostly there to do Princess Makeup, but they were happy to give Joss the Batman Mask he requested instead 🙂

Joss’s favorite part was the free gaming–there were probably at least thirty computers/games set up in the room, and he bounced around from one to the next because, put simply, we are not a gaming family. Well, Daniel has been in the past, but I tried to play Ms. Pac-Man with Joss and managed to die in under 10 seconds. 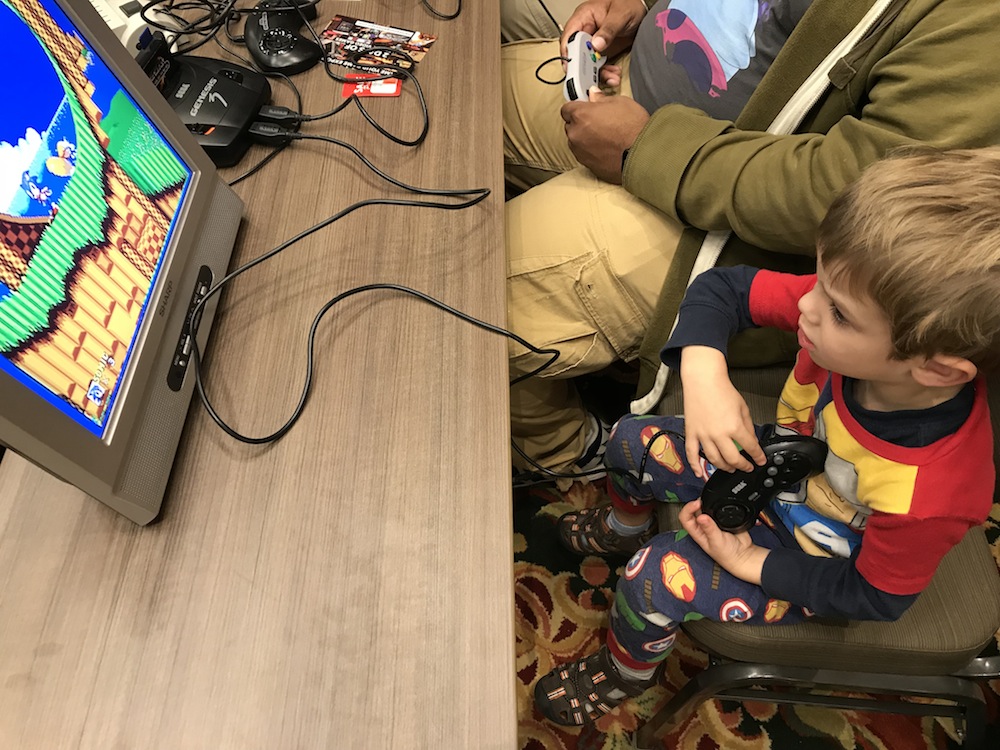 There were simpler games set up in the Kids Area, and a huge gaming section in the main Vendor Hall that older kids/adults would enjoy.

So his other favorite part, which was met with more success, was the Jedi Training. Joss and the other little guy who was there at the time of Jedi Training got to pick out their own lightsabers (made out of pool noodles and duct tape), and then the trainer led them through a series of exercises, starting with knocking over towers with their minds and ending with a light-saber battle. The kids won, and it was pretty delightful to watch! 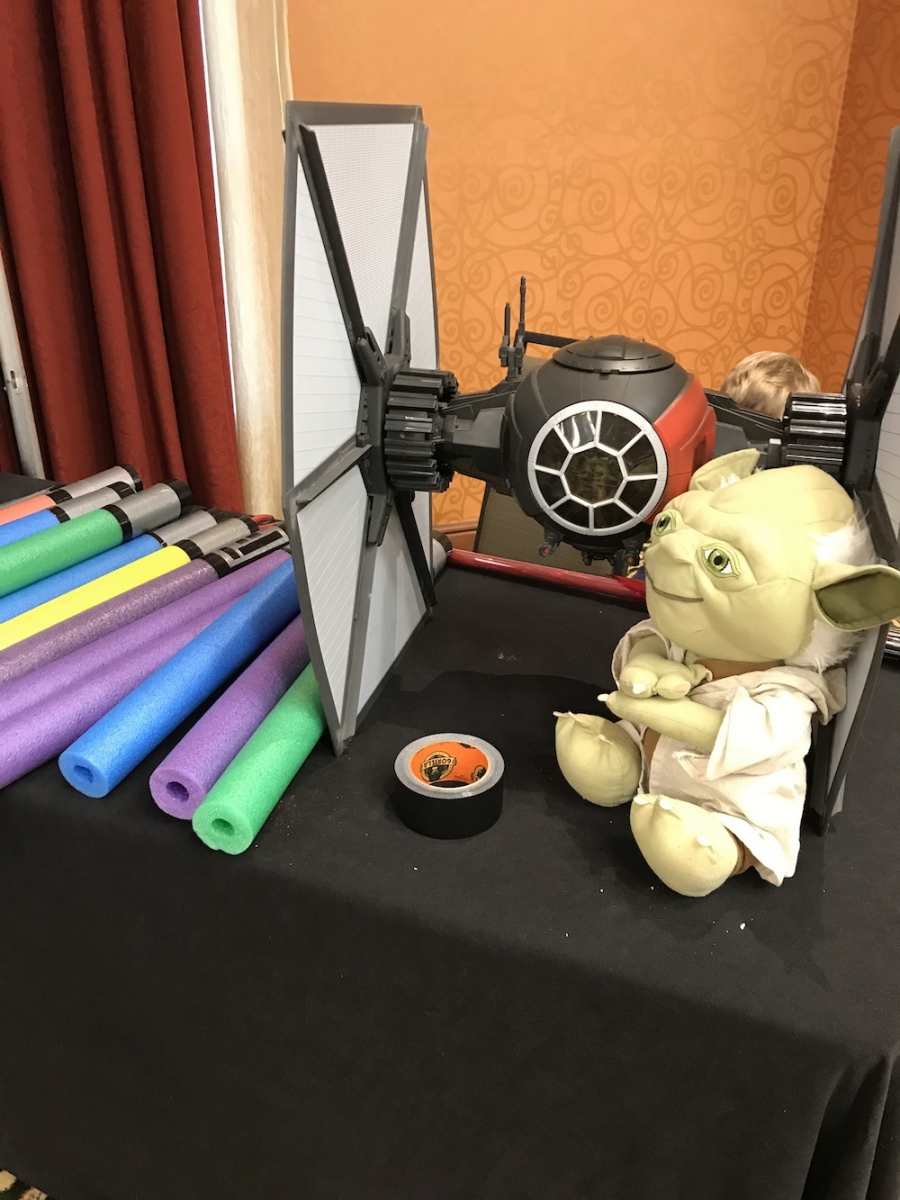 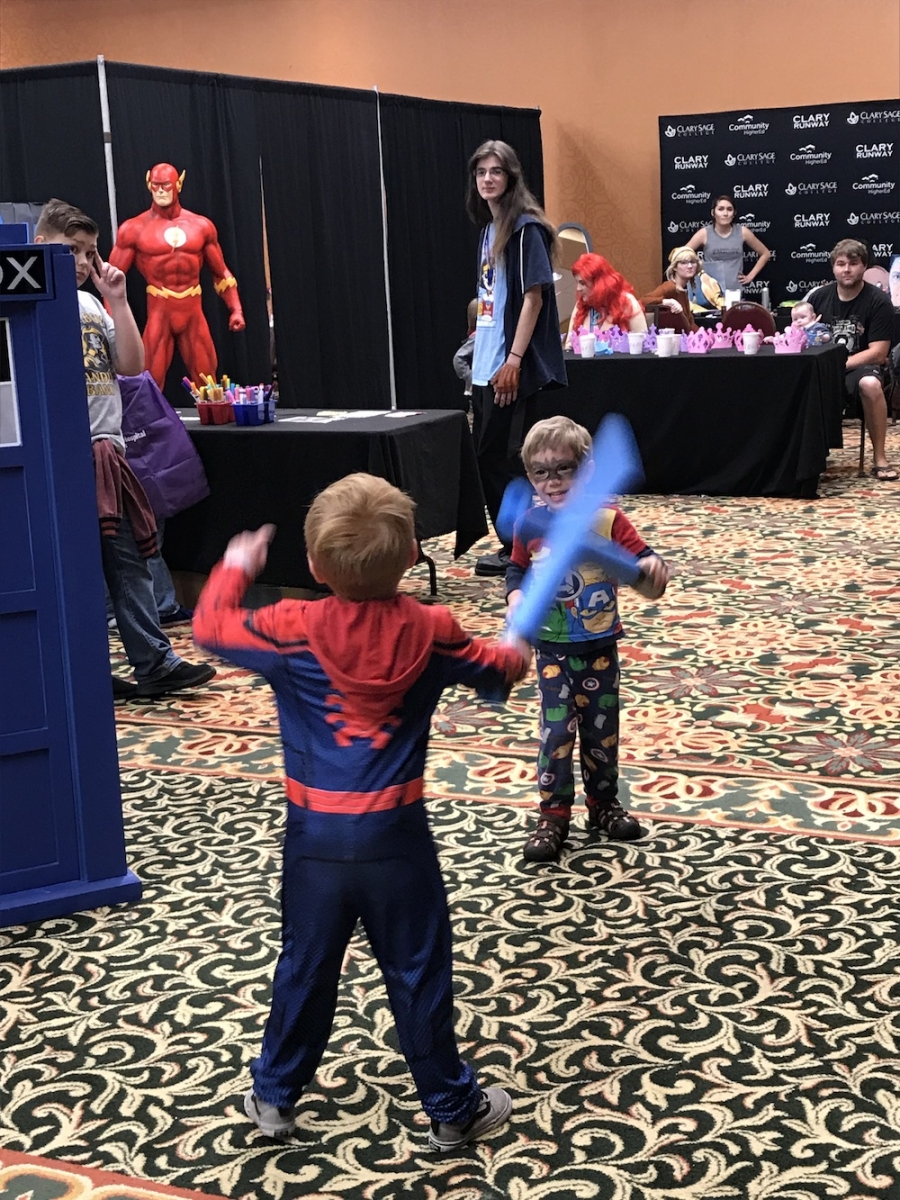 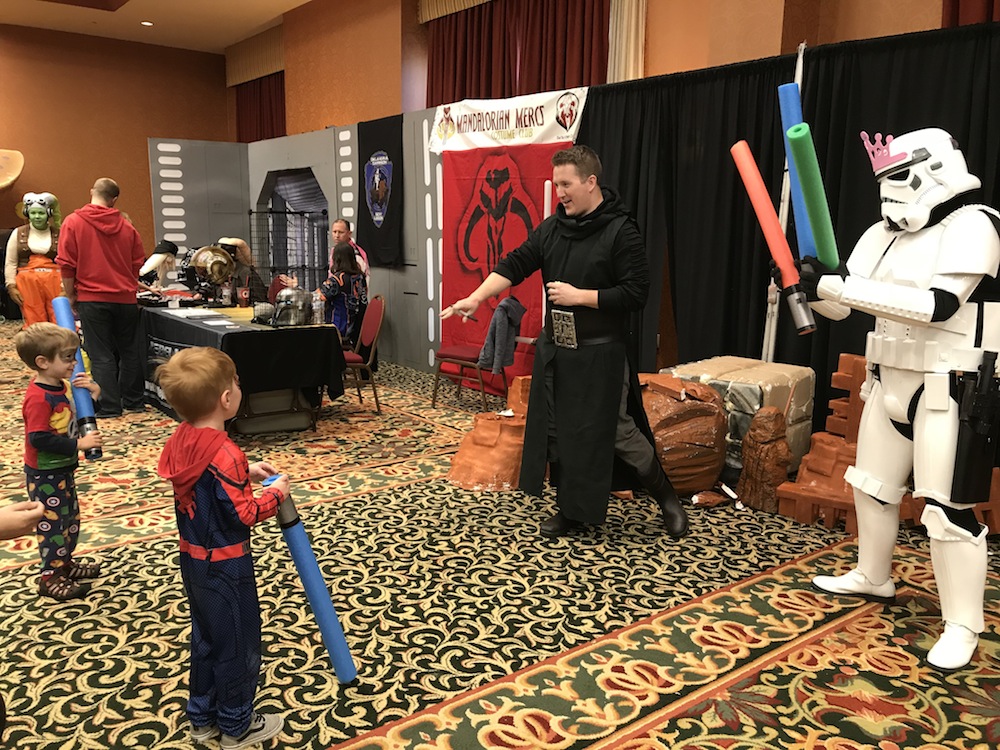 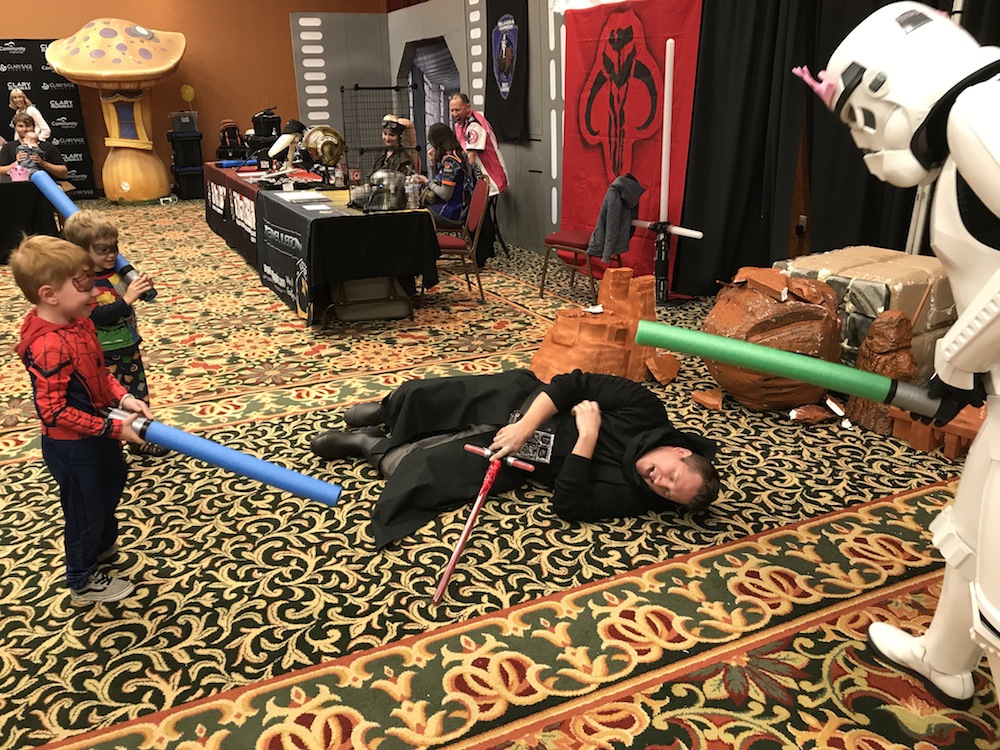 Being more into Harry Potter than Star Wars (not that both aren’t great!), I got more giddy over the Harry Potter station, overseen by Portal Productions Cosplay, which started with being sorted into your Harry Potter House by a talking Sorting Hat, getting an official Hogwarts acceptance letter with your name on it, getting to color a House Crest (the woman helping with this part had a great British accent and was great at interacting with the kids). After this, there was a short magic show, which Joss got a kick out of, and then you got to pick out your own wand and paint it! They even gave us a nice bag to put the wand in. Magical! 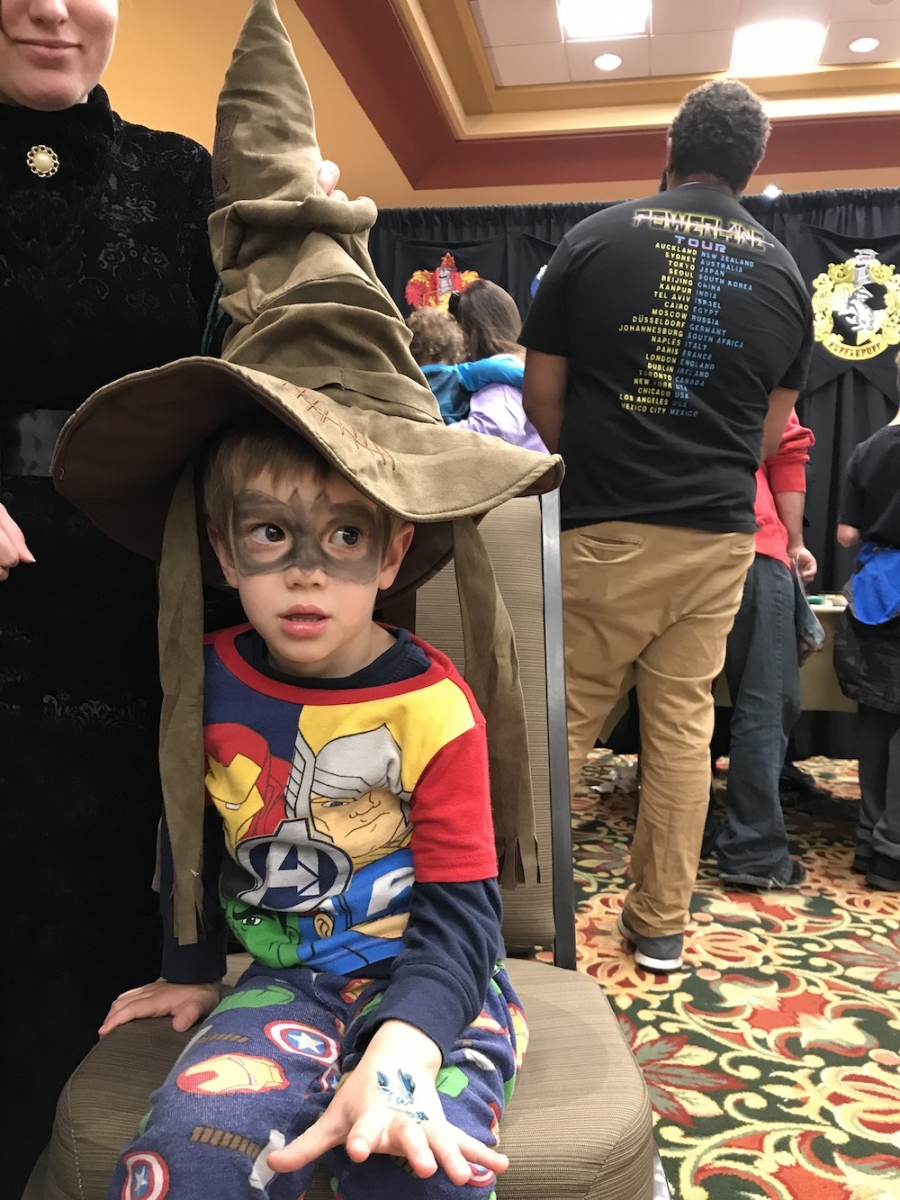 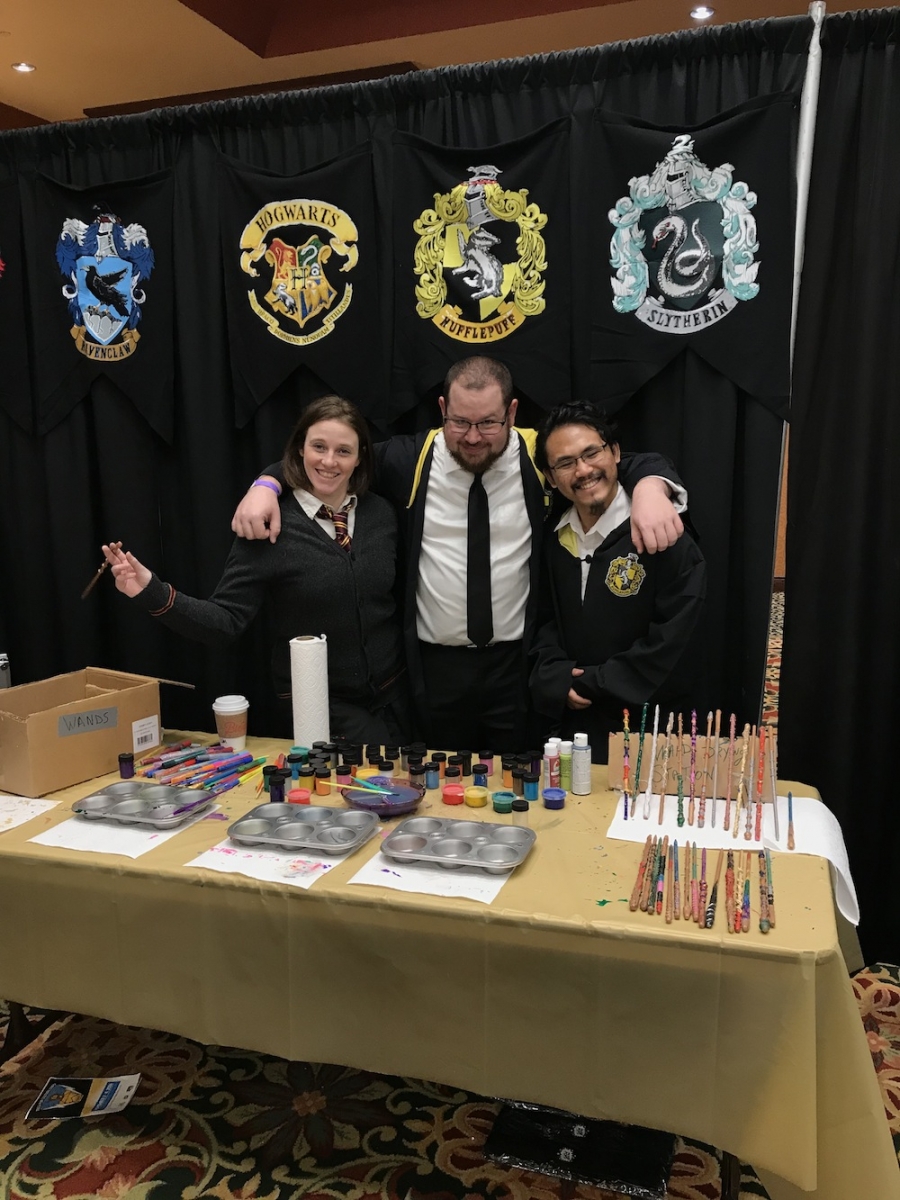 Daniel and I had the opportunity to attend a kid-free VIP Executive Dinner with Tulsa Pop Culture Expo on Saturday evening, and after dinner we spoke briefly with Arthur Greeno of Tulsa Pop! Kids. I told him how much fun the TulsaKids team had had setting up on Friday because there were so many great photo opportunities, from cardboard cutouts to life-sized Superhero statues to, of course, the giant Hulkbuster created just for the occasion! He said that that had been very intentional and that he himself had figured out how to craft green Kryptonite crystals for one of the photo op stations. So this meant that even outside of the Kids Area there were a ton of fun things for even the youngest con-goers to interact with. 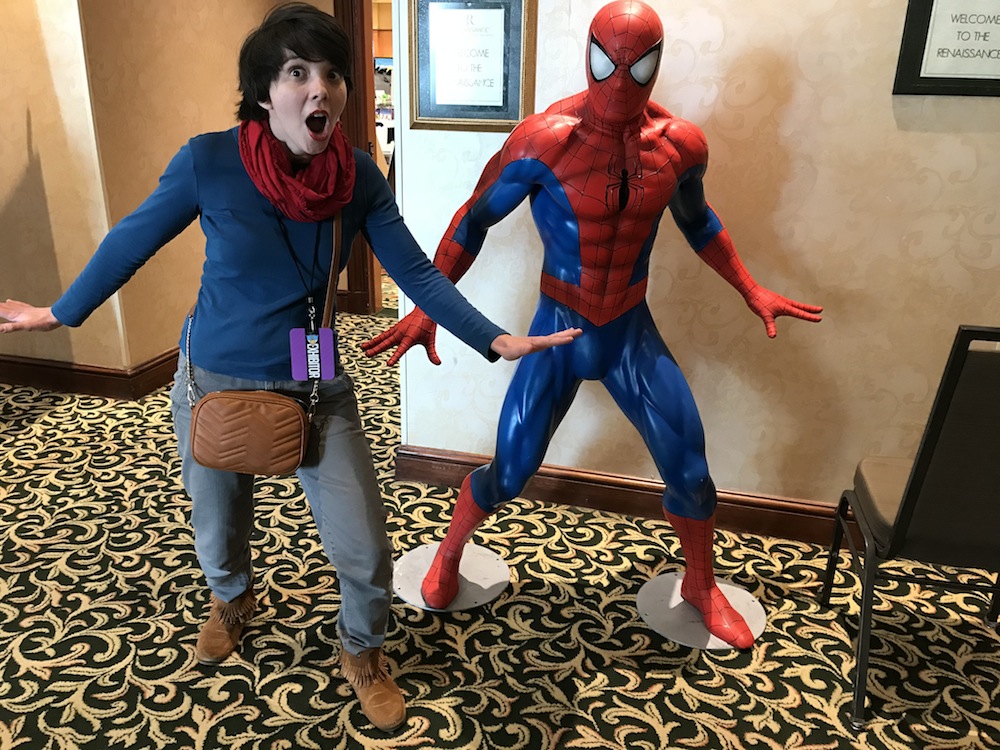 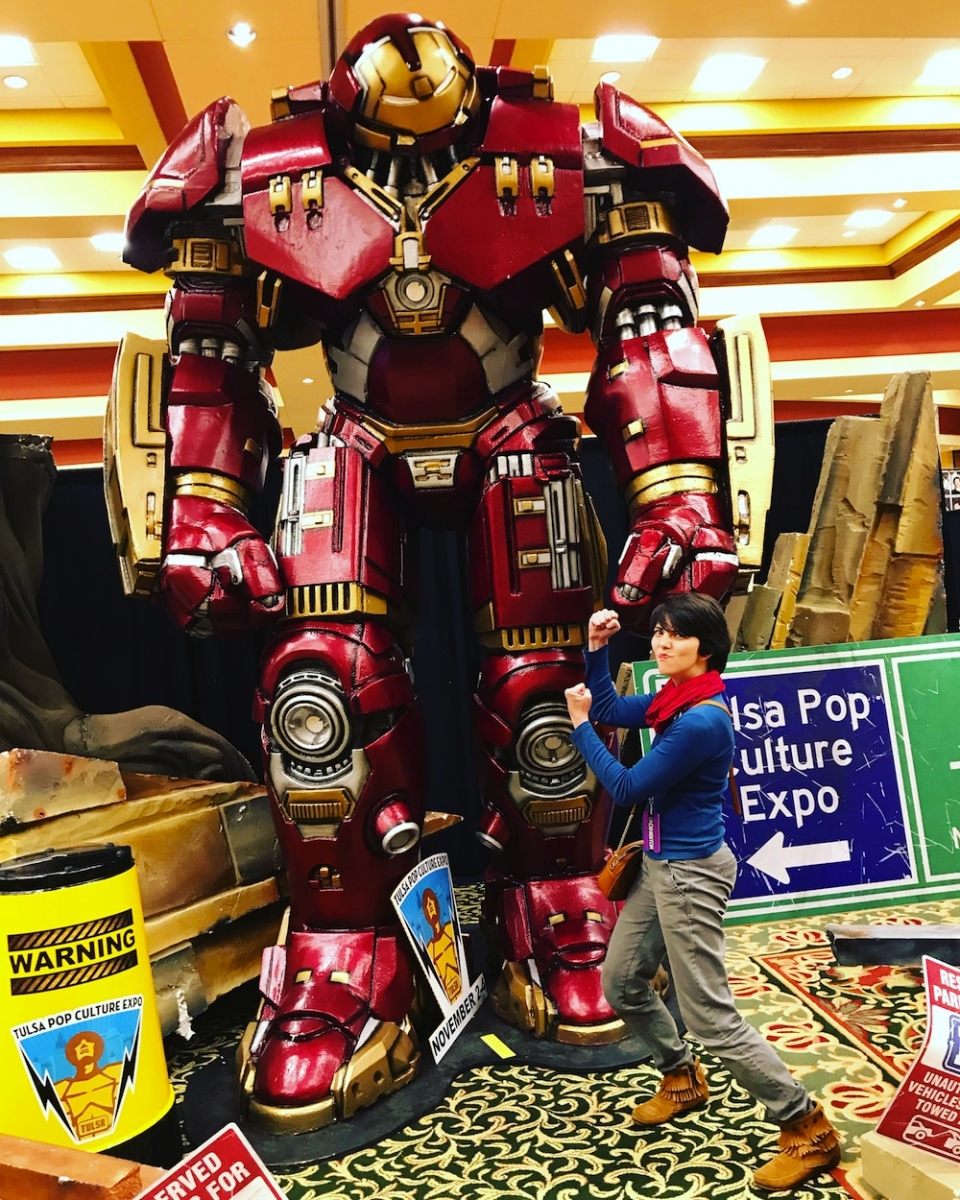 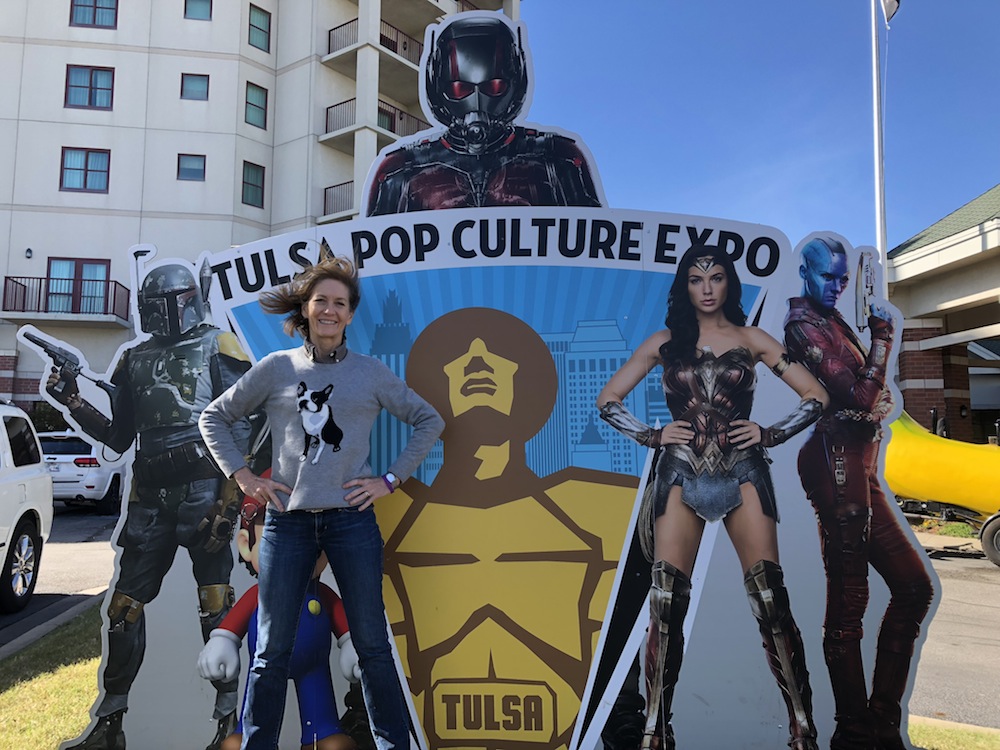 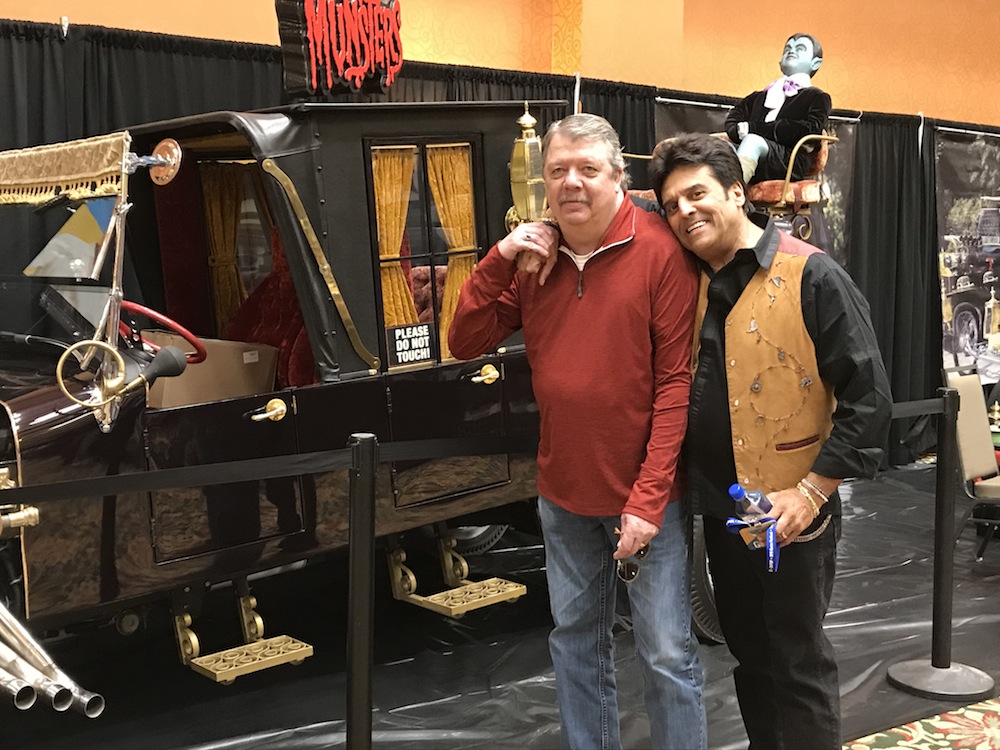 We spent Friday afternoon setting up our table and exploring some of the photo ops 🙂 And look–It’s Erik Estrada! 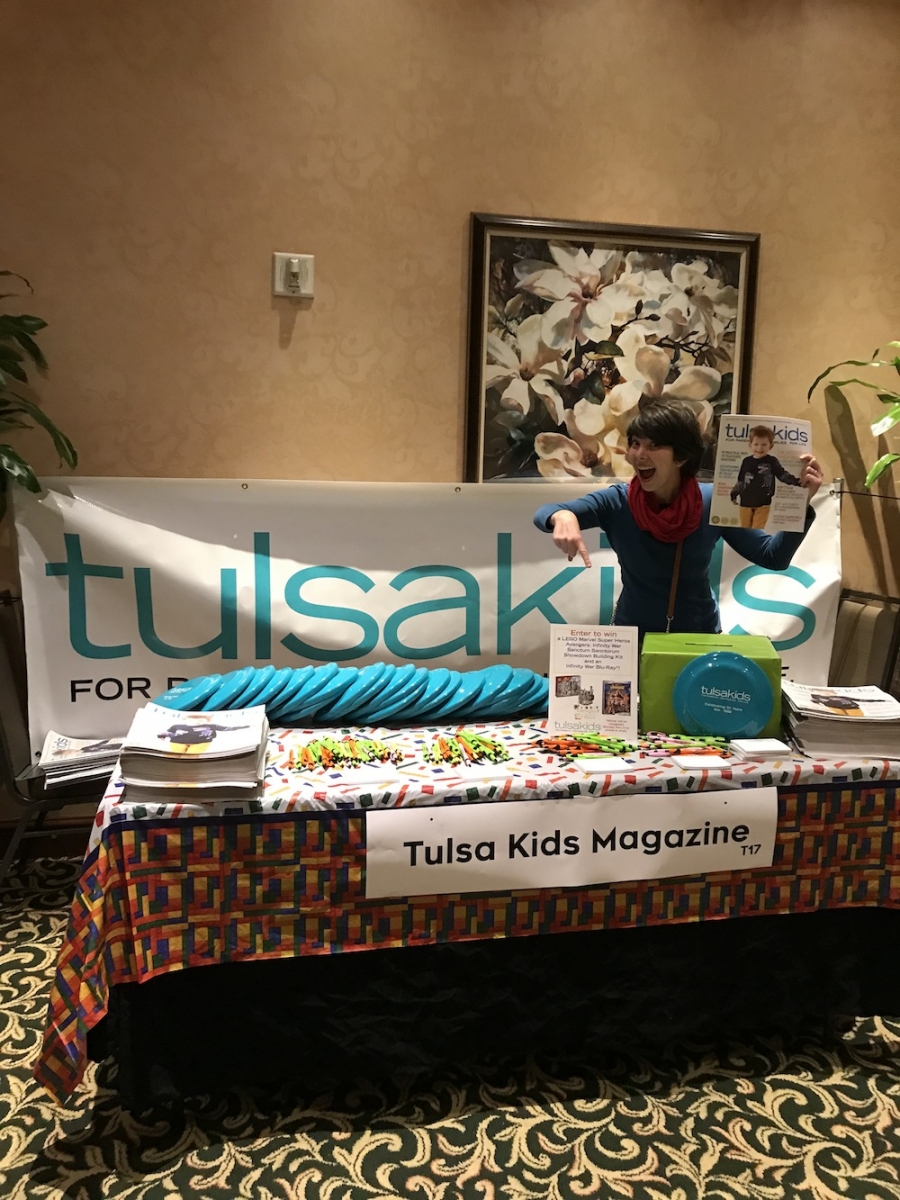 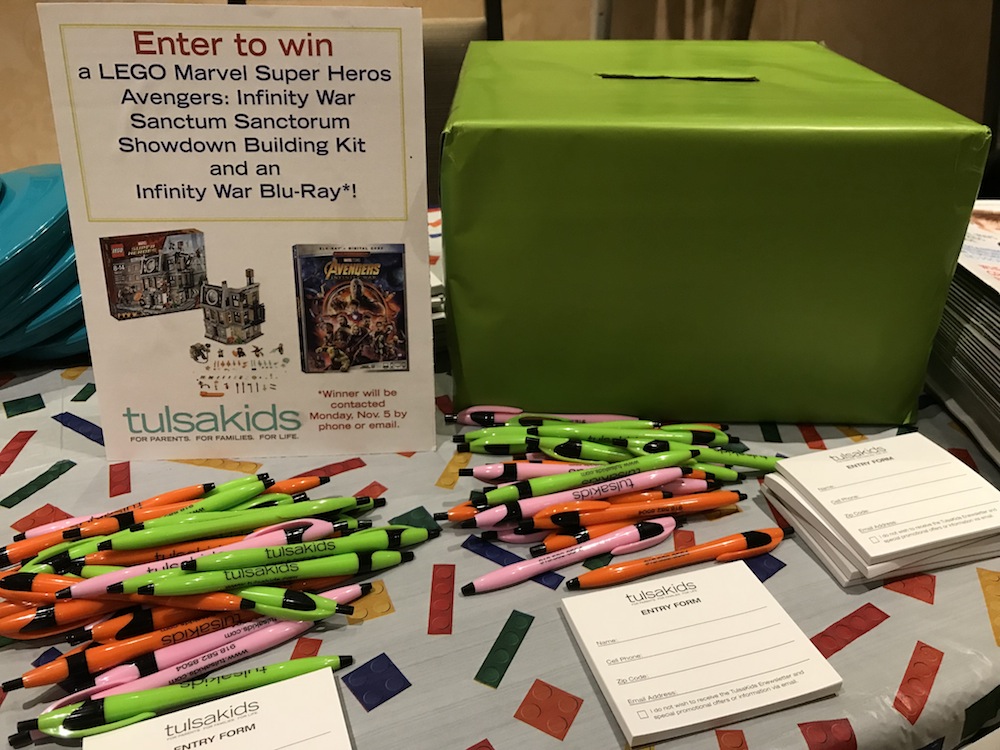 Our finished booth–complete with free raffle!

There is so much more I could write about our weekend at Tulsa Pop Culture Expo, from how cool it was to attend the VIP Executive Dinner and sit at a table with cosplayers and professional comic artists (and realize how comparatively little I know about pop culture!), to our ticketed Photo Op with Adam Baldwin (from Firefly, the X-Files, etc.) and more. But I’ll just close with a few more favorite photos–and hopefully we will see you there next year! 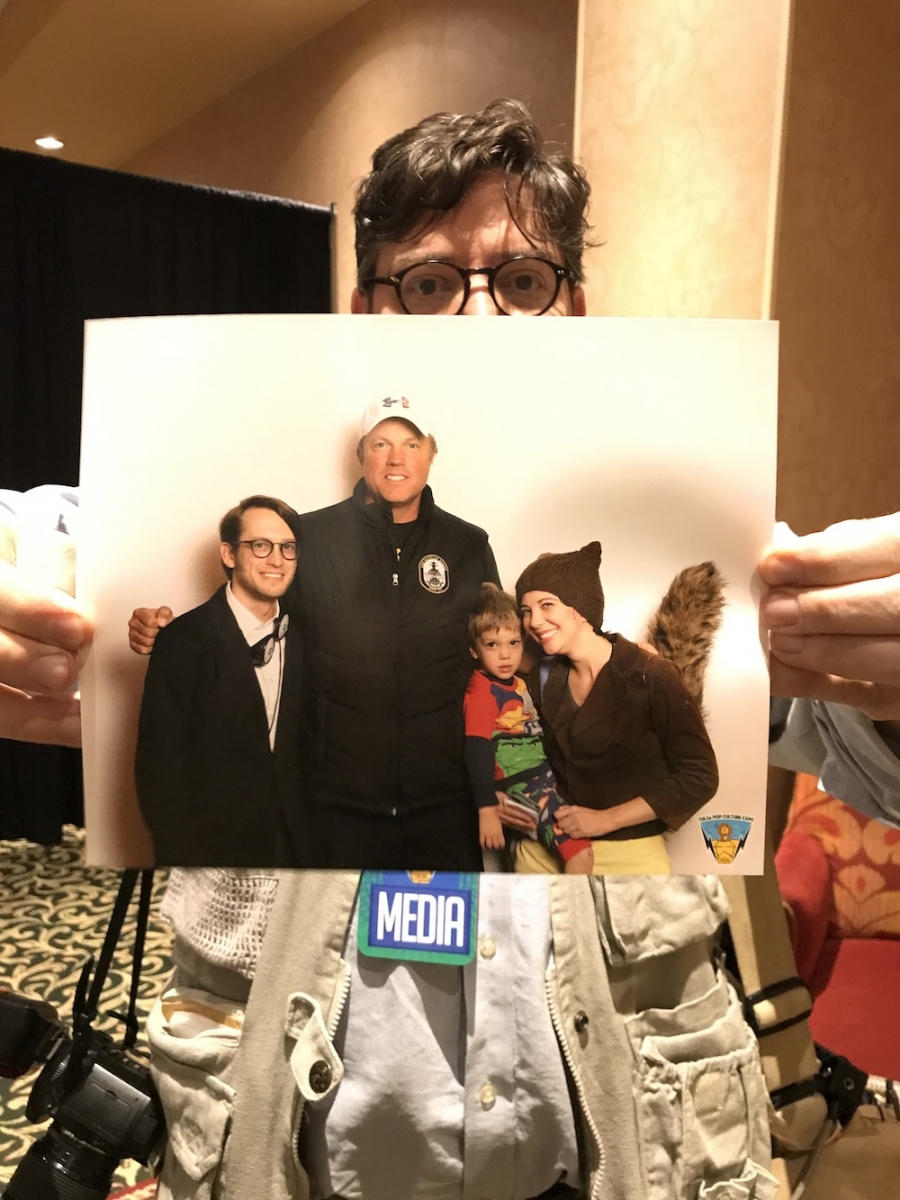 A photo of our photo with Adam Baldwin–and yes, he’s a lot taller than we are! 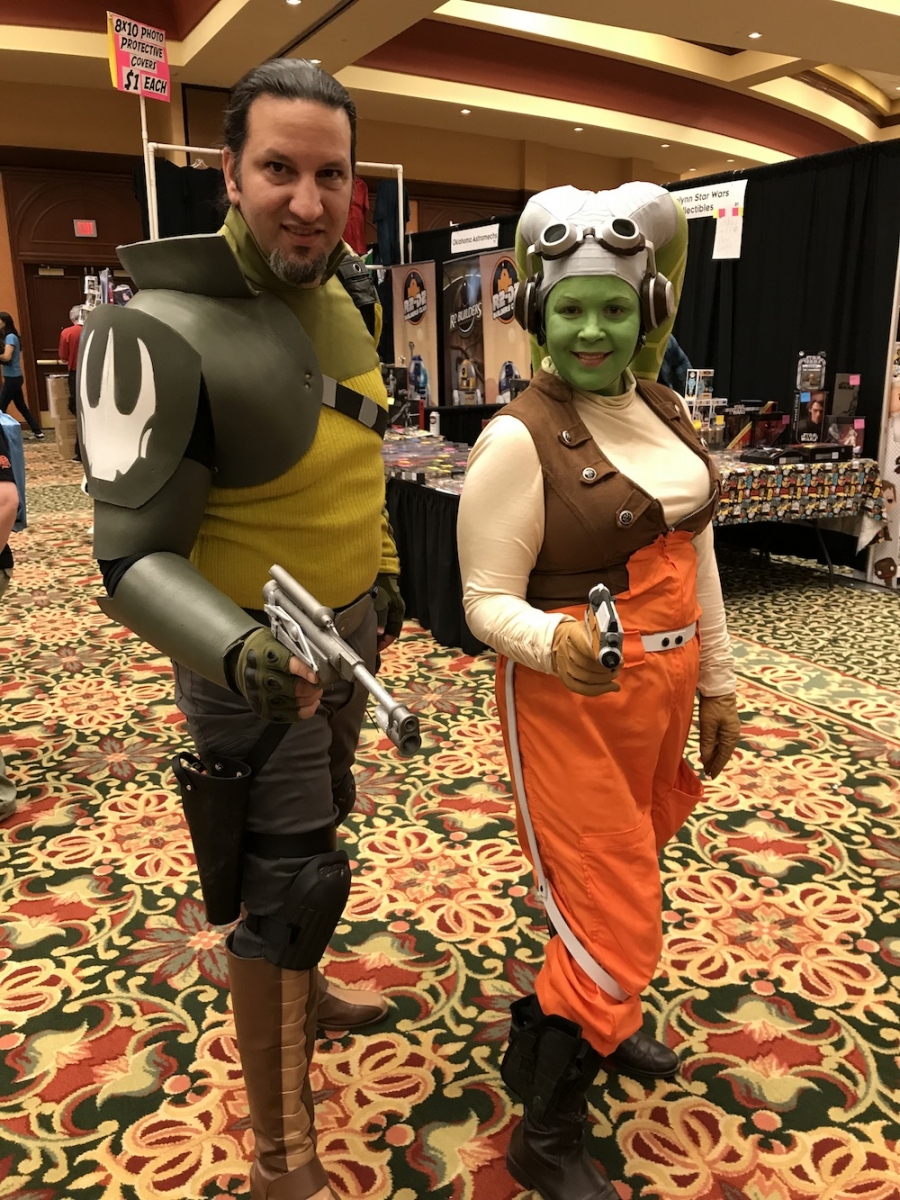 Two of our table guests at Saturday Night’s VIP dinner. 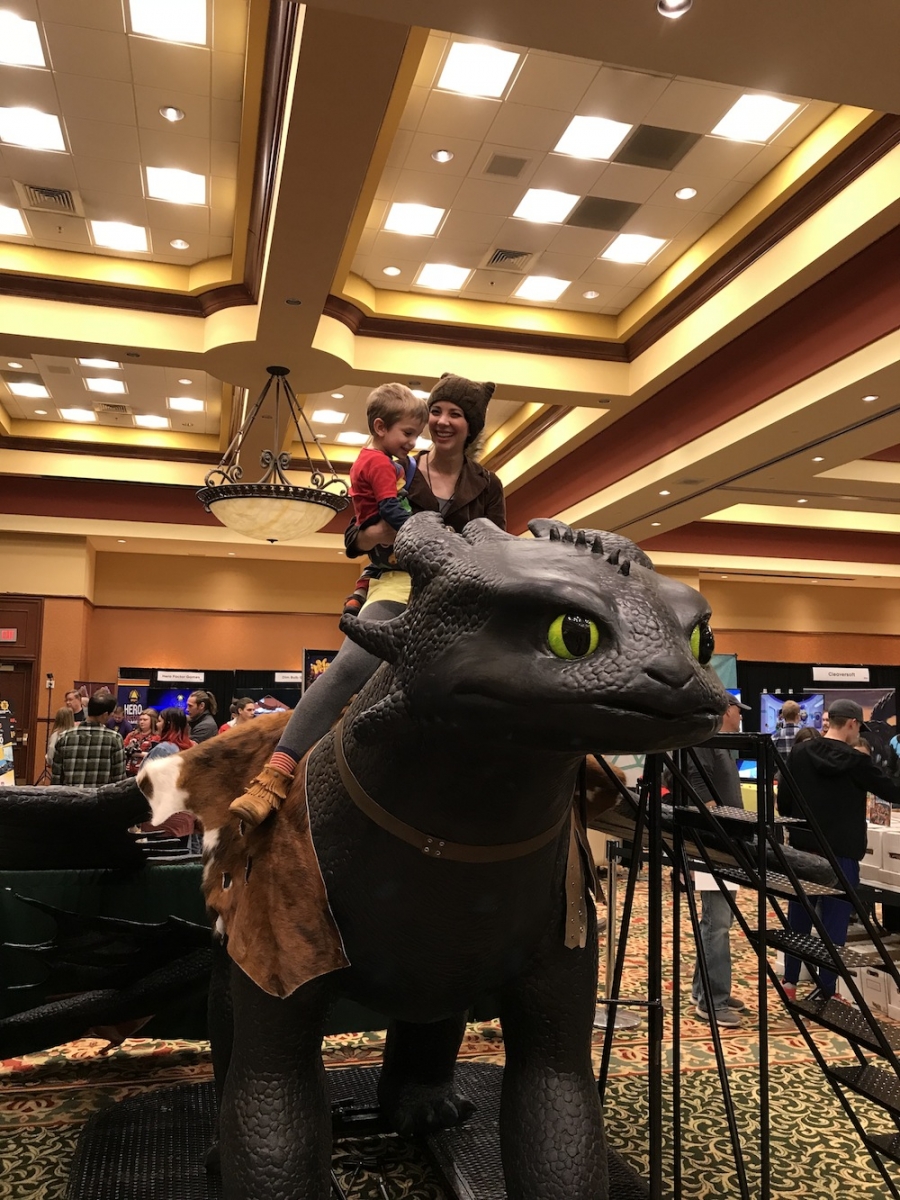 Taking a ride on Toothless! Toothless was made for last year’s Tulsa Pop Culture Expo, and this year they built the Hulkbuster. Looking forward to seeing what they come up with next year!! 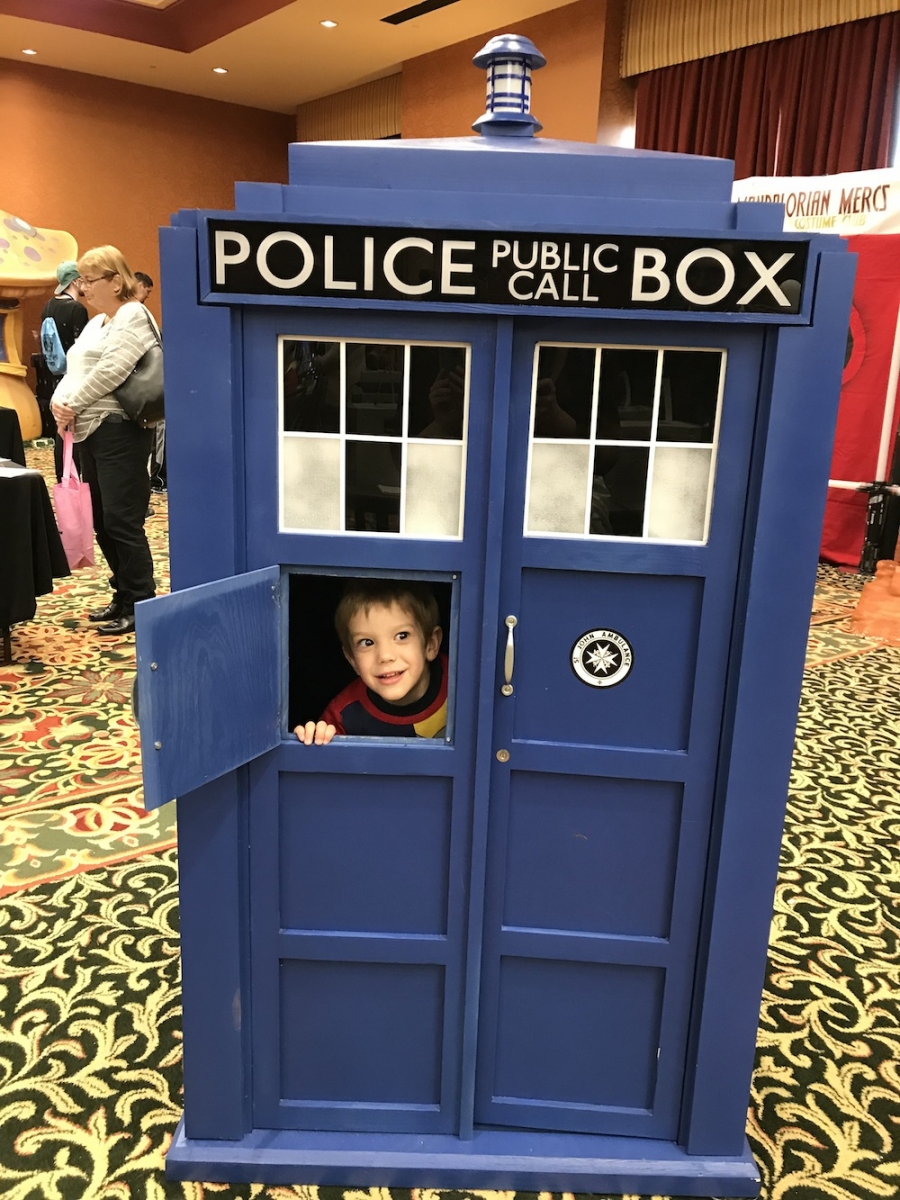 Mini-Tardis in the Kids Area 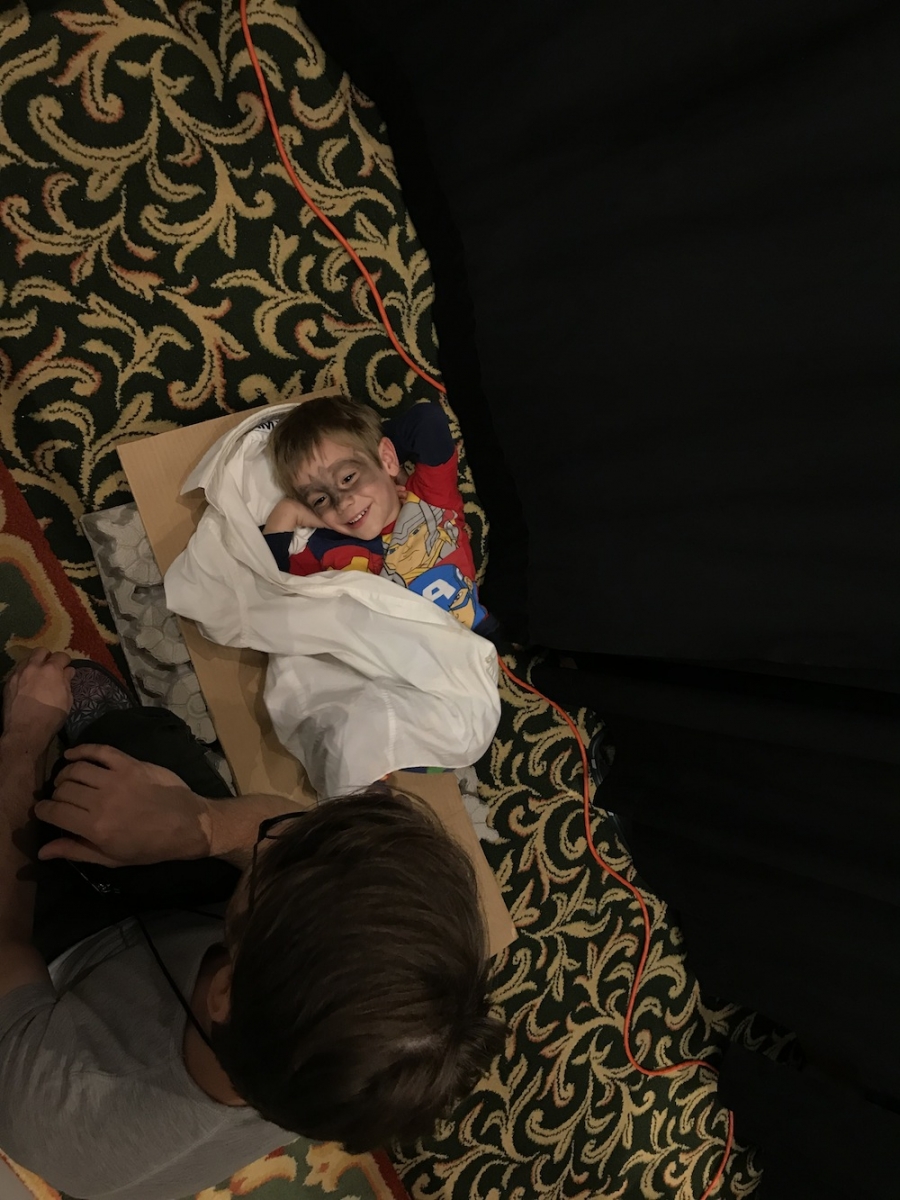 Daniel made a very sleepy Joss a small cardboard bed behind the TulsaKids table.

Did you attend Tulsa Pop Culture Expo this year or last year? What did you/your kids enjoy most about it? What are some things you’d like to see next year? 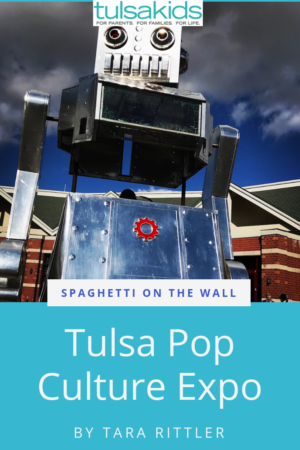