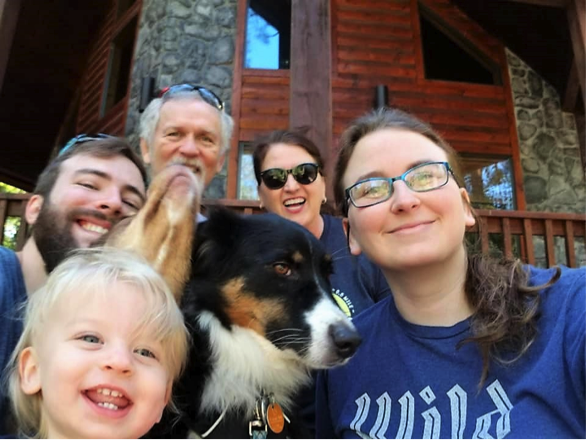 We each have our strengths and weaknesses in life, and those apply to parenting as well. Although I think I was a good parent, there’s no doubt there was room for improvement. I love watching my daughter and son-in-law parent my grandson, they are doing so many things right! If I could go back in time, here are five things I would learn from them and use them to up my parenting game.

1. Relax– I love how relaxed they both seem to be as parents. Don’t mistake this for negligence, not even close, but they already seem to know what priorities to focus on and what to let slide. They concentrate their energy on the big picture: safety, health, character and relationships, and let the trivial slide. He wants to wear mismatched clothes and let the hair be wild and crazy? That’s fine, but he needs to help with chores, be kind to the pets and say please. 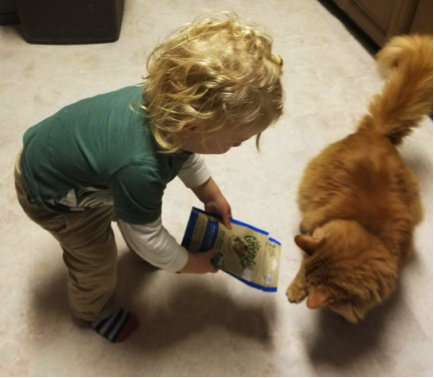 It’s ok if his hair is messy, but being kind to the cat is a necessity!

2. Sleep time– How did they figure this out so quickly? It took me two kids, a divorce and severe sleep deprivation to finally be desperate enough to find a way to get everyone sleeping through the night. My daughter and son-in-law set up a good routine from the start and okay, maybe they also got lucky by giving birth to a good sleeper. One of the tricks they used was having a special stuffed animal that was only for sleep time, not allowed to be out of the bed. “Sleepy Time Fox” became associated with sleep and seemed to help him to calm down and self soothe. “Sleepy Time Fox” is actually identical triplets, one as a backup, one in bed and one at the grandparents’ house. They also have a white noise machine (in my era of parenting it would have been called a fan?) that seems to help him sleep. * Remember it is not safe for a child sleep with anything in the crib until they are twelve months old! 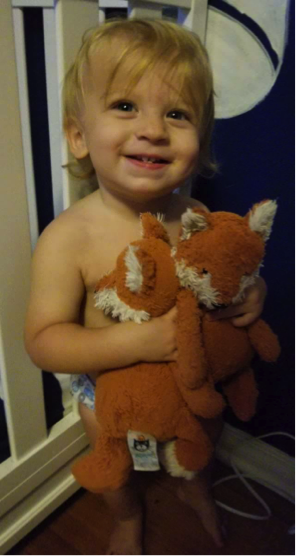 The moment he realized “Sleepy Time Fox” was a multiple!

3. Making marriage a priority– My daughter and son-in-law appear to still be a couple in love in addition to being parents. I failed at this and in fact, ended up divorced by the time my kids were one and two. They have a few advantages in this area, the best one is a strong support system composed of their child’s grandparents. There is a line of us more than willing to step in and babysit while they catch a movie or grab a bite, sans kid. They also were together twelve years before they had a child, which makes for a solid foundation.

4. Keeping her identity– At various times in my parenting journey I was a full-time working mom, a stay at home mom, a student in graduate school and a part-time working mom. Every situation has challenges and benefits, but the reality is most families don’t have a financial choice. We need to do what works for ourselves and our family and not stoke the stay-at-home vs. working mom fires. My daughter is a career woman. When she was three, she set the goal of becoming a veterinarian and has worked hard her entire life to achieve her goal. Her career is a major part of her identity, it supports her family and fulfills her. Because she has such a supportive husband who is a stay-at-home parent, she is able to have a wonderful balance of being a mother and a career person. I lost myself in the early years of parenting, almost forgetting what made me happy, what I wanted, who I was before kids. I let my identity be swallowed up by being a mom. 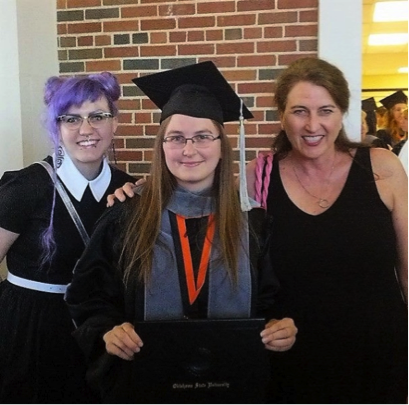 5. Asking for help– Asking for help was almost impossible for me. I most certainly needed help, especially during the ten years I was a single mom, but I could rarely seem to bring myself to the point of asking for assistance. I suffered because of that reluctance, but so did my kids. My son-in-law and daughter are very good at speaking up and asking for help when they need it. Once again, they have the benefit of a strong support system. Because of divorce and remarriage, my grandson has a fleet of grandparents standing at the ready. It’s a win for all three generations. 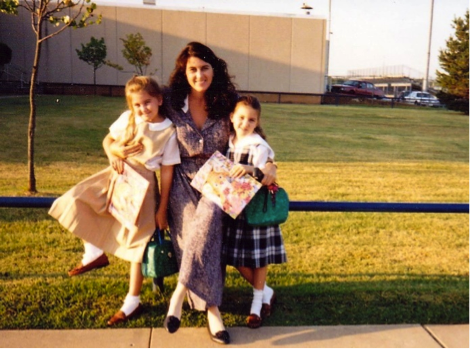 Me with my daughters a very long time ago; I should have asked for help during this stage of single parenting!

We’re accustomed to the younger generation looking to the older generation for guidance, and many older people are all too anxious to jump in with bossy advice. Although I feel like I did a fairly good job as a parent, I think my grandchild’s parents are completely rocking this parenting thing! I’m happy to stay silent and sit back and enjoy the toddler cuddles from the grandmother’s rocking chair! 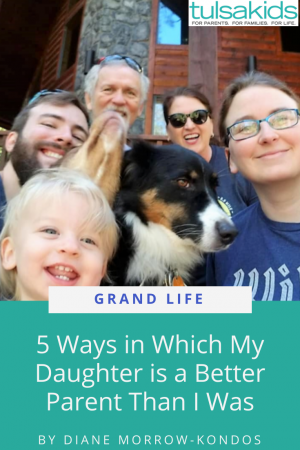