You may be old enough to remember the days when kids were put outside on summer mornings to wander the neighborhood until dusk, only reappearing at home to refuel at lunch and dinnertime. Left to their own devices, kids spent time playing games like tag and hide-and-seek, often making up their own rules or games. The result? Fit, healthy kids with great negotiating skills and happy memories.

Line up the players, called minnows, on one end of the yard. One shark stands in the middle of the yard. The minnows try to cross to the other side of the yard without getting tagged and becoming a shark themselves. Play continues until all minnows have changed to sharks.

For this game, divide players into two teams. Create a playing field and divide it into two territories (could be front yard and backyard). Players should designate jail areas for each team. Captured opponents will be placed in jail when caught. Each team has a flag (a scarf, towel, Frisbee or other object) that they place (visibly) in their territory. Some players are sent to capture the opponent’s flag, while others stay behind to guard the flag. To capture the flag, a player must enter the opponent’s territory, take the flag and run back to their own territory without being captured (tagged). If the player is tagged, he or she is taken to jail. A player can escape jail if a teammate can elude defenders and reach the jail. This player can rescue one of the teammates, and they both get a free trip back to their own territory. The object of the game is to capture the other team’s flag and return it to your home base.

Place a metal can in the middle of the driveway or backyard patio. The players hide while the person who is “it” tries to find them while keeping an eye on the can. If he gets too far away from the can, another player can come out of hiding and kick the can. If the player is tagged, he becomes “it.” If not, he is safe. Play continues until all players kick the can or until a player is found or tagged.

This game is similar to baseball, but it levels the playing field so all ages and skill levels can play. The pitcher rolls a large ball to the “batter” who kicks it with his foot. Like baseball, the batter runs the bases and the opposing team tries to get him out before he gets home.

Four Square is played on a court of four equal, adjacent squares. This can be drawn with chalk on a driveway or patio. One player stands in each square. Each square has a ranking one to four. The highest ranking is diagonal from the lowest ranking. The object of the game is for a player to move up to number one, and remain there as long as he or she can. The lines touching the other squares are in bounds, and the lines on the outer sides of the squares are out-of-bounds. Players can hit the ball with any part of their hand from wrist to finger tip. The hit can be open or closed fist, forehand, or backhand. The ball may also be hit with two hands at the same time like volleyball. Carrying, catching, or holding the ball is illegal. The player in the highest ranking box begins the game by serving. The ball is bounced in the server’s square and then hit into another square on the court. Players are out if: 1. The ball bounces two consecutive times in their square before another player hits it; 2. They hit the ball out-of-bounds; 3. They hit the ball more than once before hitting it into another square; 4. They touch the ball when it is not in their square; 5. The ball bounces in their square and goes out of bounds. Players who are out go to the back of the line, and the remaining players move up to the highest ranking empty square. The player at the front of the line enters the lowest ranking square. Play continues until time runs out. Variations in winning the game include: There is no winner; The last person in the highest-ranking square wins; The player who spent the most time in the highest-ranking square wins.

And, just for fun, we asked some local Big Kids to share their childhood memories about outdoor play:

“I remember jump roping throughout my childhood, through all the grades, and playing during recess on the school blacktop. I can still remember the great anticipation on waiting to jump into the Double Dutch line in elementary school!

If you’re not familiar with Double Dutch, your kids might love the challenge. It requires at least three people. Two people hold the handles of two long jump ropes and turn the ropes in opposite directions. The jumper moves into the turning ropes and jumps, trying not to stop the ropes. Two people can jump simultaneously. Double Dutch competitions are held worldwide.” 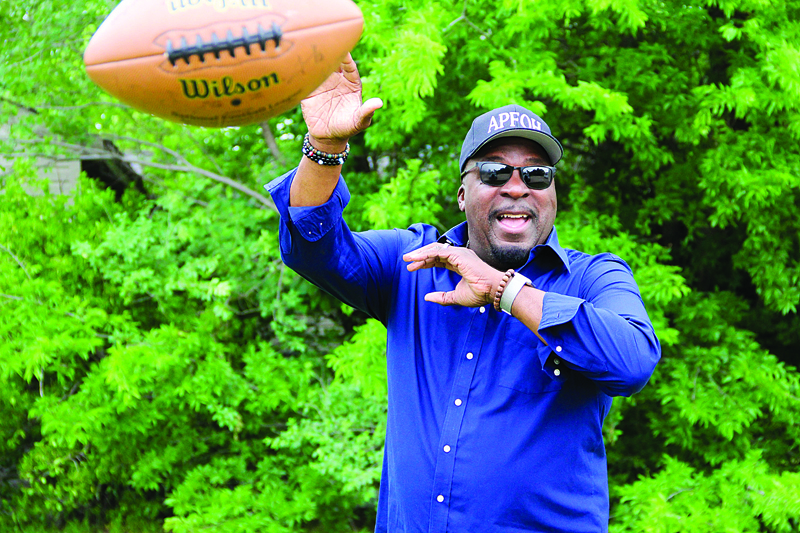 Lester “Doc” Shaw, executive director of A Pocket Full of Hope, Inc., a Tulsa nonprofit dedicated to providing youth with belonging, a creative outlet and a safe, fun environment:

“I started playing football in the neighborhood, which happened to be my dad’s favorite sport. It was our chance to go outside. We used to challenge other neighborhoods, and during my time that used to be a big thing! It used to be a measure of endurance, strength, speed, but most important of all, it was fun. I remember after the games we would race each other; we used to have reputations throughout the different neighborhoods on who was the fastest. It was also a opportunity for camaraderie.” 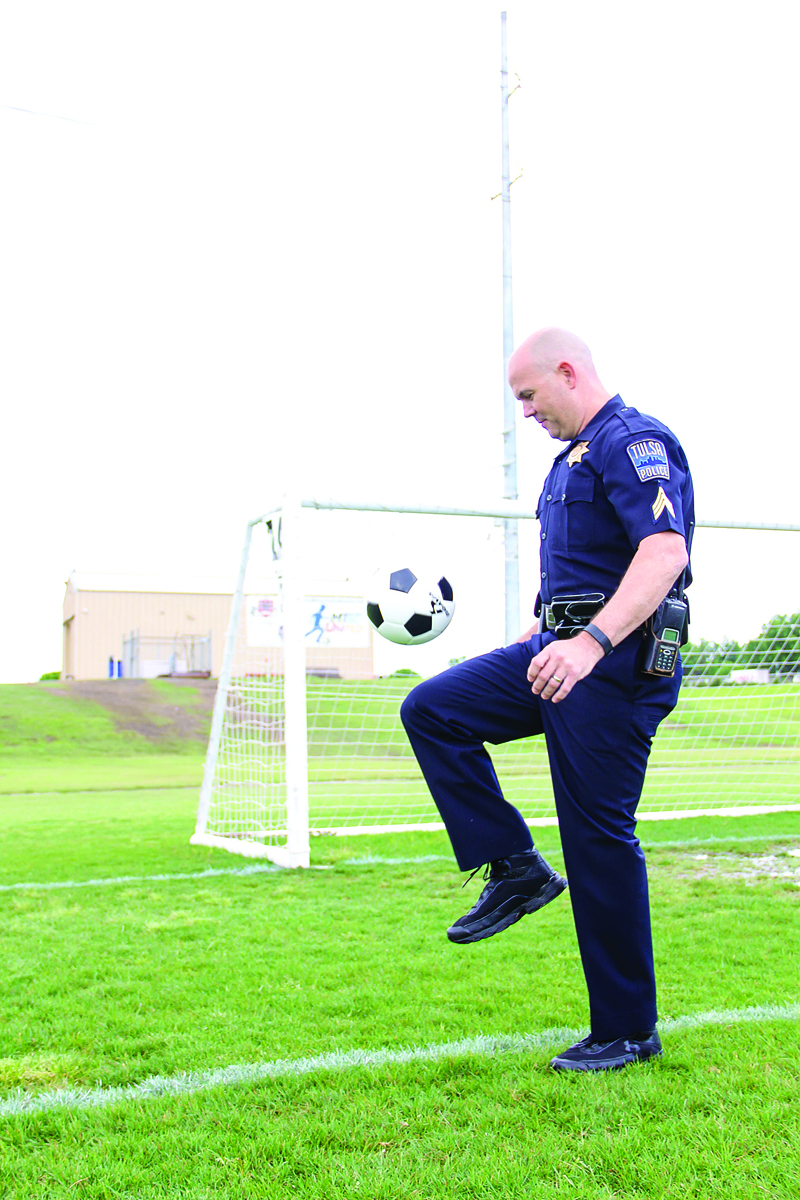 “When I was very young, we used to go to the Tulsa Roughnecks games at the old TU Skelly Stadium. When I got to be about 5 or 6, that’s all I wanted to do was play soccer! I loved practice. I loved everything about being outside and being part of a team. I remember there was a core group of guys that I started playing with when I was young and it was those same guys that I played with all the way through high school. It was the one impact I had in my life. I remember my dad getting so into soccer with me that he started to coach my teams, and to this day, even being in his 70s, he still referees soccer games. It’s the fondest memory I have.”