Besides cycling, I wouldn’t say we are a particularly sports-minded family. Did we watch the Super Bowl? Nah. World Series? Nope! Before we got married, Daniel and I did meet up at Empire once during the World Cup for early morning mimosas, but…that’s about it. We do, however, try to catch the Tour de France at least one day each year. 🙂

I’m more ashamed to admit I’ve never attended a game at ONEOK Field, despite the fact that we’ve received free ticket vouchers as part of the library’s Summer Reading Program for the past two years! Part of this is because I’m scared to be hit in the face (or anywhere!) by a baseball. But that is no reason not to attend a soccer game, at least! 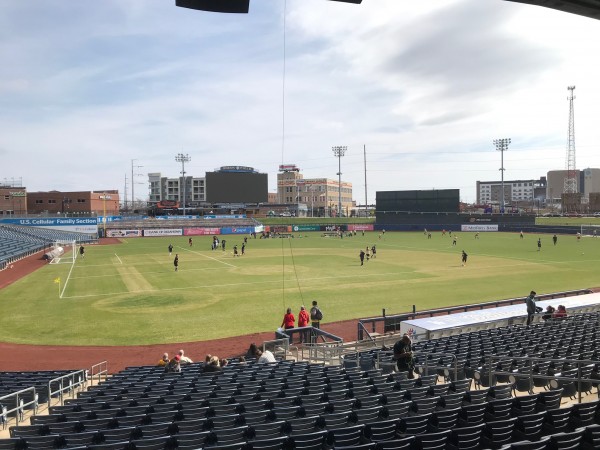 Not too long ago, the Tulsa Roughnecks FC was purchased by J.W. and Ryan Craft and rebranded as FC Tulsa. They have a beautiful new logo sporting the Scissor-tailed Flycatcher in a gold, art deco style. Many of the players are new to Tulsa this season. They have been recruited from all over the world, particularly West Africa and South America. 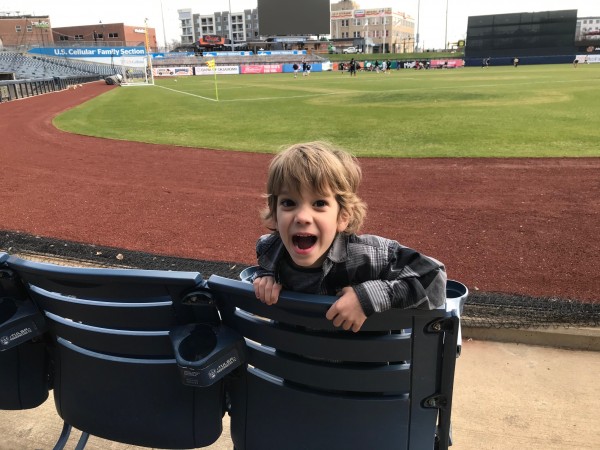 This past Saturday, FC Tulsa hosted a free Open House at ONEOK Field, complete with interview opportunities for the media. I decided to take Joss. My goal was just to take a few photos for social media and enjoy getting an up-close look at the field. And who knows? Maybe Joss would be inspired to an interest in soccer!

The best part of the event was when we got to talk to FC Tulsa defender Cyprian Hedrick. Hedrick has previously played in Phoenix, Oklahoma City and other places. This is his first season to be playing in Tulsa. 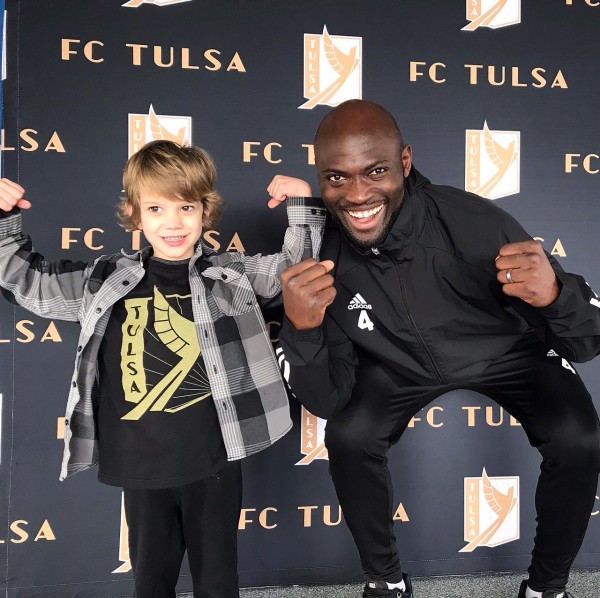 I asked Hedrick what advice he would have to other aspiring soccer players, and he responded, “Be obsessed with it.” He went on to explain that merely liking soccer isn’t enough, you have to really give it 100% if you hope to go pro someday. Beyond just practicing, you need to be studying the game–watching matches, learning from other players, etc. It needs to be something you dedicate time to every day, not just a few times a week. As he said, this advice is true not just for kids aspiring to be pro soccer players, but for anyone with a big goal!

It reminded me that there are some “dream jobs” that we are taught to see as more dream-like/impossible than others. You might want to save your child from disappointment, but if they have a goal that they are willing to give that much time and energy to…why not encourage it?

When I learned that Hedrick is also a father of four, I asked how he balances family life with a career that requires 100 percent. He said that when he comes home at night, he’s no longer a soccer player. He just has to leave all that behind and focus on his family.

Hedrick also coaches for one of the local soccer clubs because he believes it’s important to give back to the sport that has given him so much.

When I’d finished talking with Hedrick, I had the opportunity to ask J.W. Craft a few questions. He is excited about the future of FC Tulsa and the opportunities it presents for families.

“We want to put Tulsa at the heart of this team,” Craft said. The team will be doing local outreaches at schools, businesses, etc. to generate excitement for upcoming games.

“For a family of four, we’ve got a variety of price points,” said Craft. One of their priorities was to make sure games are affordable for families.

The team plays two home games a month, on average, from March to October. The majority of these games take place on Saturdays, and all are just two hours long. 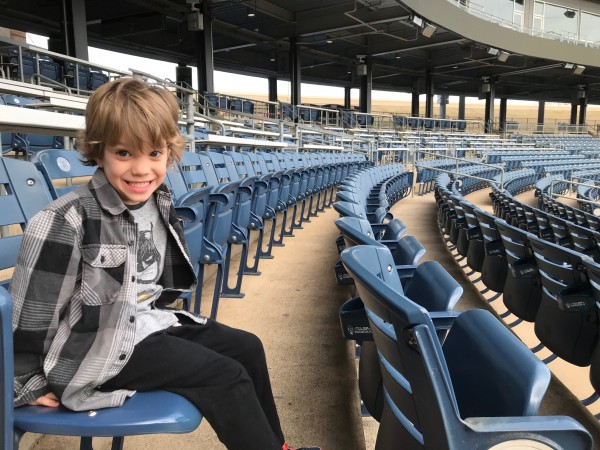 FC Tulsa’s first home game of 2020 is March 14 against New Mexico United. They will also be playing March 17 and 21, so consider adding an FC Tulsa Game to your Spring Break plans!

I don’t know if Joss was inspired to take more of an interest in soccer. He did have a great time hanging out with a member of the FC Tulsa communications team. Apparently, he is going to buy him matching light-up Spider-Man shoes. 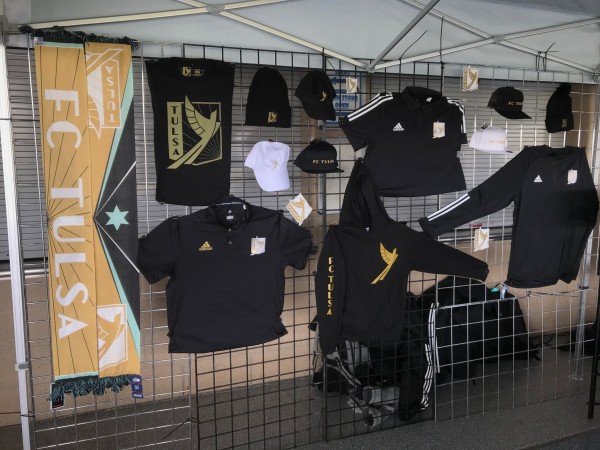 I also gave in to his request for an FC Tulsa T-shirt. And, to our great surprise, when we came home from the event, we found a package on our porch containing an Adidas track suit just like the ones several of the players had been wearing! Thank you, Nana and Papa! 🙂 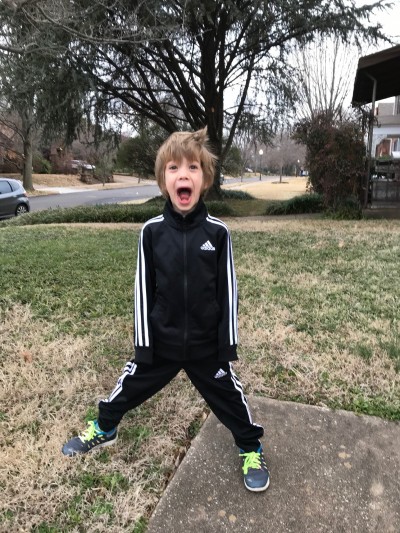 I love thinking about what Joss will get really passionate about someday. Whether it’s art, fashion, soccer, swimming, etc. What is your kid obsessed with? Let me know in the comments! 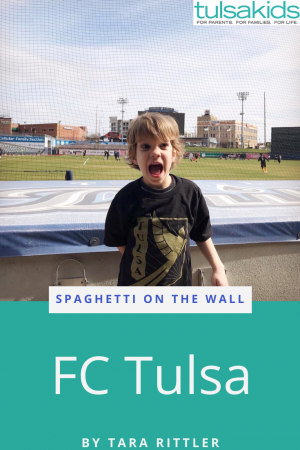