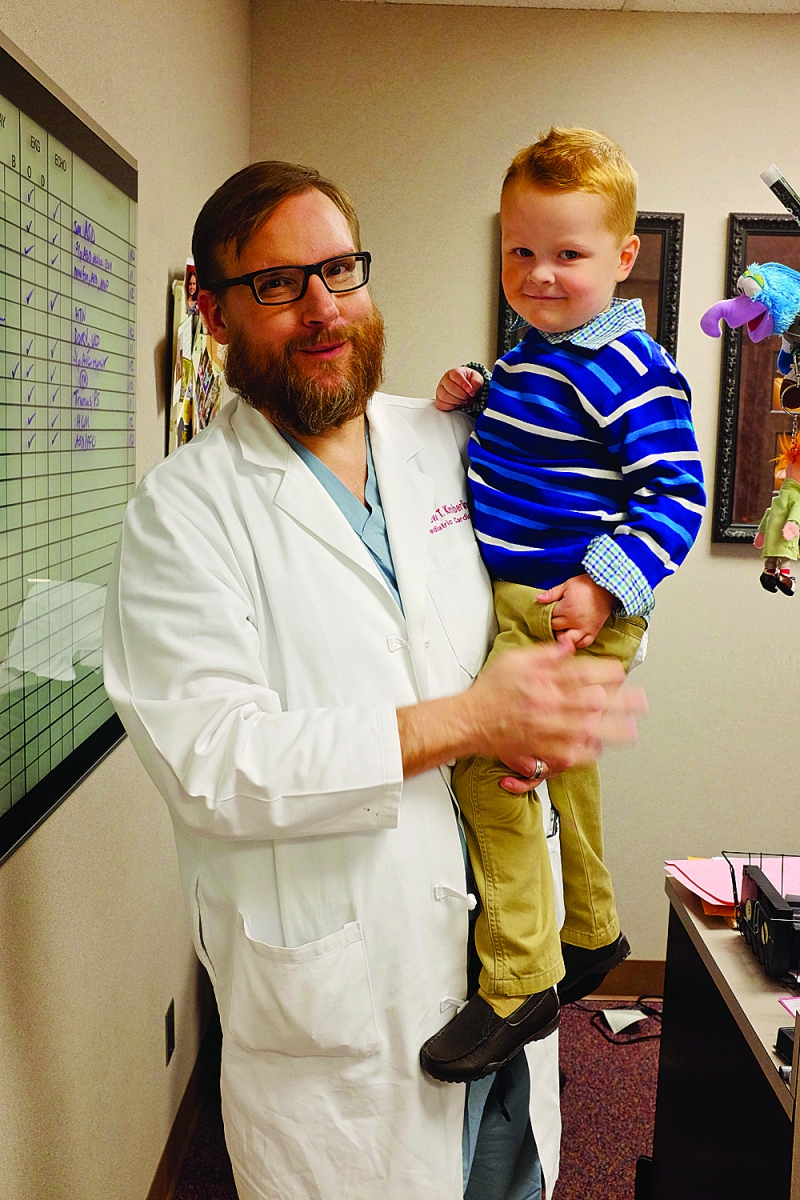 Anderson Smith was born with a congenital heart defect.

When you look at Anderson Smith, you would never guess that he has a life-threatening health condition. You wouldn’t ever imagine that when he was only one day old, he was rushed to the NICU and his parents were told that he was born with a congenital heart defect, Hypoplastic Left Heart Syndrome (or half a heart), and that without surgery this defect is 100 percent fatal.

Sawyer Alexander wasn’t even born yet when his parents found out that he had a heart defect and would need surgery the instant he was born in order to survive.

These vastly different stories are only two examples of the many forms of congenital heart defects (CHD). One in 110 children in the United States is diagnosed with a CHD each year. It is the number one killer of infants in the country, more than all of the different variances of cancer combined. So what does it mean to have a child with a severe heart defect?

“There is no permanent fix, everything is just band aids.” says Natalie, Sawyer’s mother. There is always another surgery, another procedure, even with a heart transplant.

“Many people think that is the answer, but really that is a last resort for most families. To get on the transplant list, you must be in heart failure, which isn’t what we want at all this early in his life,” Meredith, Anderson’s mother, explains.

However, both mothers are resigned to the fact that their children will eventually need heart transplants, and that this is something both they and their families will be dealing with for the rest of their lives.

Because of the attention and care that a heart baby requires, Natalie and Meredith stay home to care for their children. They are responsible for Sawyer and Anderson’s medications, which can involve up to 70 doses per day, and young children like Sawyer must be attached to a feeding machine in order to get enough daily nutrients. Additionally, because he has spent so much time in the hospital so early in his life, Sawyer is developmentally behind other children his age. He is still learning to eat orally and is just starting to take his first steps as an almost 2-year-old.

It is appreciating these milestones, though, that gets the mothers through the day. Both of them no longer sweat the small stuff and have found the new reality of caring for their children to be positive in that regard. It is all about whether their children are healthy and happy; the little details are unimportant. 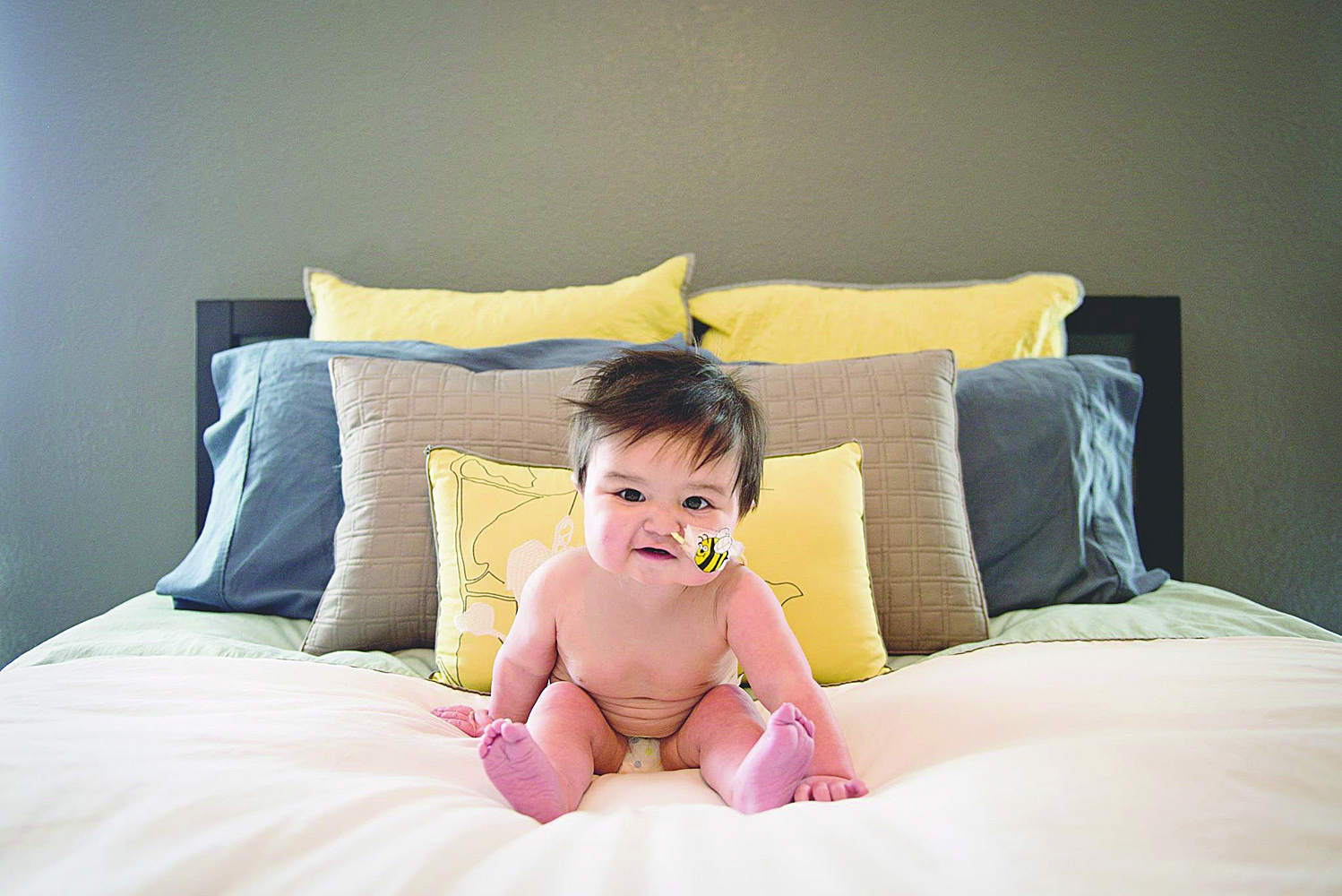 These families also heavily rely on each other for support because, as amazing as their family and friends are, there are some things that only the parents in similar medical situations can really understand.

Last summer, Meredith threw the first official “Heart Baby Bash” for children with heart defects and their families at her house. There were inflatables, and food trucks, and capes were made for every single child. Over 80 people attended, and she has already decided it has to be an annual event.

“Most people don’t think of the siblings whose lives are put on hold as much as the sick kids,” Meredith said. “So to have an event where they get to have fun with other kids who know what they are going through is so important.”

The CHD moms also try to meet as often as possible and try to stay up to date with what is going on with each child.

“I know that is the only support group I have that is truly never tired of hearing about every little procedure Sawyer goes through.” Natalie explained.

And if your child is born with a congenital heart defect, there are a lot of procedures to go through.

In their short years combined, Sawyer and Anderson have had four open-heart surgeries and seven cardiac catheterizations. Not to mention the hundreds of tests they have had run on them and the infinite combinations of medications they have taken during their lifetime. With your child’s life at risk so often, the impulse is to pull them close, and keep them as safe as possible in between procedures and hospitalizations.

“Keeping germs away is a big thing for us, because even a common cold can turn into something catastrophic for heart kids.” Natalie says. So outings have to be kept to a minimum, and everything must be disinfected afterwards, but even with all the dangers to their children, both mothers are trying to let go of the fear to let Sawyer and Anderson really live.

“He’s been through so much, so my goal this year is to let him live,” Meredith said. “We just got back from Disneyland because he is now healthy enough to ride a few rides. Every time I would start to panic, I would just look at how much fun Anderson was having, which is the whole point anyway!”

Your budget-friendly, nutritious guide to the grocery store