Confessions of a Work-at-Home Mom: The Chewy Chunks of the Restaurant Review

One of my favorite parts of my career as a journalist so far has been when I’ve gotten to write about food and restaurants. I wrote restaurant reviews pretty regularly when I was a full-time reporter at Tulsa Business Journal, and I still write restaurant reviews each week for my audience at TashaDoesTulsa.com. TulsaKids readers will start to see reviews from me of family-friendly restaurants here in town starting in January, which is something I’m so excited about.

So. Excited. So, so excited!

What I’m trying to say here is, I think reviewing restaurants is a lot of fun.

Over the nearly five years that I’ve been reviewing local restaurants, my approach to the whole thing has changed somewhat. There was a time when I could show up to a restaurant, order a smattering of items from a menu, sample each one while slyly taking notes and then make my exit, all very quickly and anonymously – at least, until my write-up went to print a week or so later.

But then I had a baby boy and quit my job as a full-time reporter and restaurant critic and started a blog. I thought blogging would be a fun diversion for me a few days each week during nap time and not much else – basically, something to keep my writing skills sharp and something to keep me busy that didn’t involve folding burp rags or washing bottles.

And now you see how sometimes my plans don’t go quite according to, well, my plans.

When I try to review restaurants these days, it’s not hard to see me and my son, my usual partner in crime, coming from a mile away. We come barreling into the hostess area with a bulky camera bag, a reporter’s notebook peeking out of my purse and a backpack full of everything from Thomas the Train toys to three changes of clean pants. “Table for two, please,” I say, and after the hostess gives me the third degree as to whether or not I want a high chair or booster seat (no and no – my son refuses to sit in anything but my lap), we’re seated in the section where the other wild-eyed moms and food-covered children are hidden from the rest of the dining public.

But not reviewing restaurants in a suit and heels and from one of the best tables in the house anymore is one of the smaller ways in which my life has changed.

Case in point: A couple of weeks ago my son and I met a friend at Nelson’s Ranch House. I hadn’t been back to Nelsons since it left its former home on Boston in downtown Tulsa, so I was eager to try it out and report back to my readers at TDT.

Everything started well and good enough. We ordered the fried catfish with sides of macaroni and cheese, mashed potatoes with white gravy (because I was afraid that if I ordered brown gravy with my mashed potatoes that a group of masked men would grab me and stick me on a plane to anywhere north of the Mason-Dixon – you know, where people who eat brown gravy on their mashed potatoes come from) and one of the dinner rolls for which Nelson’s is so famous. 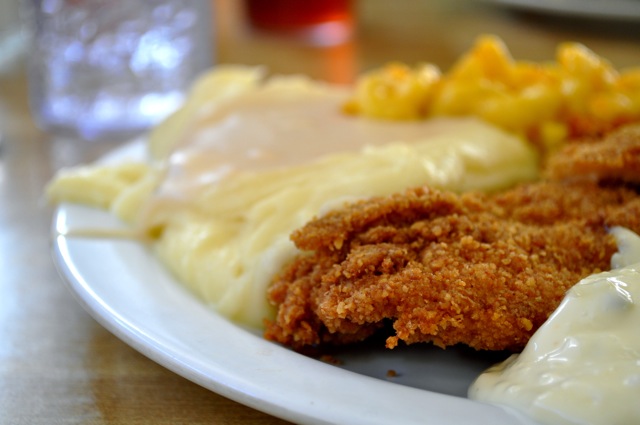 Yum, right? Nelson’s was everything that I remembered it was – perhaps even greasier. And more sinful. And more sleep-inducing. 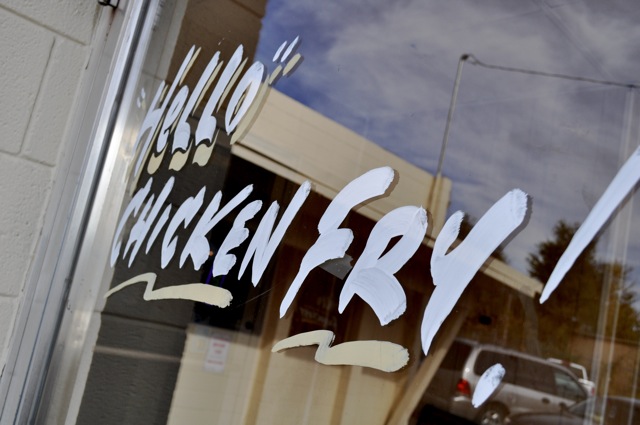 And yes, we got to hear some of the guys on the line say the trademark Nelson’s tagline, “Hello, chicken fry!” Which felt to me pretty much like taking my son to see Santa for the first time – exciting, historic and kinda sad that the moment came and went so quickly.

But it was to be just the first time I felt like I was going to cry during our trip to Nelson’s that day.

I should have known something wicked was about to go down when my son ate practically all of his half of the meal we shared. Usually, this kid hardly eats anything at all, and he almost always stays away from anything that’s not a cheeseburger, fried chicken nuggets or Goldfish crackers. So that he ate an entire piece of fried catfish amazed me.

But I should have checked my amazement and traded it for suspicion. I know that now. 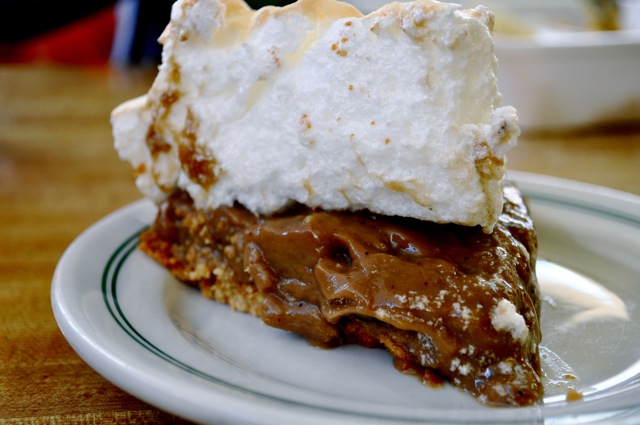 Since he’d eaten so well I wanted to reward him with a slice of Nelson’s chocolate pie. My son loves chocolate, and you can’t be a member of my family and not like pie, so I thought a mile-high slice of the stuff would be a real treat. Plus, I’d probably get a bite or two out of the deal.

But the kiddo was leery of the pie from the start. Our friend and I put practically half of it away before he’d even consent to taking a bite.

And then it happened: One bite went in, and my son’s entire lunch came out. Projectile, 360-degree, Exorcist-style.

I was horrified. And stinky. And covered in bits of half-digested catfish. And I would have done anything to have been seated in a sticky, hidden, unlabeled family section right about then.

I’m sorry I said “bits of half-digested catfish” just now. But if I had to live it, I figured you all could at least read about each and every gory detail on an innocent-looking parenting website.

My son, who I, in all of my mommy wisdom and understanding, had forgotten has a sensitivity to textures like those found in a chocolate pudding pie, was mortified. He cried and apologized, which nearly brought me to tears out of empathy and shame that I hadn’t read my son’s signals better than I had.

Our friend leaped up without being asked to grab some napkins and to pick up the tab – she’s a mom, too, obviously. She was our saving grace that day. Somehow, despite my son’s cries and our scramble for napkins, the waitstaff failed to realize what had happened in our booth. If we’d been by ourselves, I’m not sure how long we would have had to wait for help. I certainly wasn’t about to leave my son in that state to seek assistance.

Thank goodness for girlfriends, is all I can say.

I couldn’t write a review of the new Nelson’s based on that kind of experience, which was totally out of the control of the folks at the restaurant. There was nothing at all wrong with the food; my son just happens to be revolted by certain (delicious, creamy) textures.

One day I’ll return and break out some restaurant review action on Nelson’s again.

But, probably not any time soon. And probably not on a day when my son could be elsewhere, indulging in his stock of delicious, safe, anything-but-vomit-inducing Goldfish crackers.

Volunteering with Kids: Confessions of a Work-at-Home Mom

Confessions of a Work-at-Home Mom: The First Mother's Day