Compassionate Conversations: How to Share Ideas, Opinions and Thoughts Without Fighting

In Oklahoma, a house divided often refers to football rivalries, but the same can be true when family members hold different opinions on any topic. And boy, is 2020 rife with disagreements.

For those gathering together this holiday season, there’s no doubt the baggage of this year will have a seat at the table. Tensions are high, people are tired and an argument at the dinner table feels inevitable. Yet, it’s possible to gather without disagreement.

Many of us are afraid of conflict and approach family gatherings with anxiety. But holding back and dancing around tough topics keep us from authentic connections.

Tulsa therapist Claudia Arthrell offers that all of us are doing the best we can with the information we have. Instead of being anxious and fearful, attempt to see people through that lens; be open to the other person and avoid being defensive.

Start With The Relationship

Arthrell suggests beginning by reminding yourself of how important this person is to you. Mentally make a list of several things you appreciate about them. Remember the ways you connect so that before you’ve even uttered a word, you’re focused on the areas you both agree. If you’re conversing with someone who likes to argue, this mental list provides a touchpoint you can bring the conversation back to.

Local attorney Meredith Lindaman says when she married her husband Eric, they brought together the cultures from both of their vastly different backgrounds. Now with three children and a fourth on the way, Lindaman and her husband actively work to juggle and combine the two different perspectives in their home. Lindaman says they try to show their kids multiple sides of every issue to help them understand that there are many viewpoints for every topic. 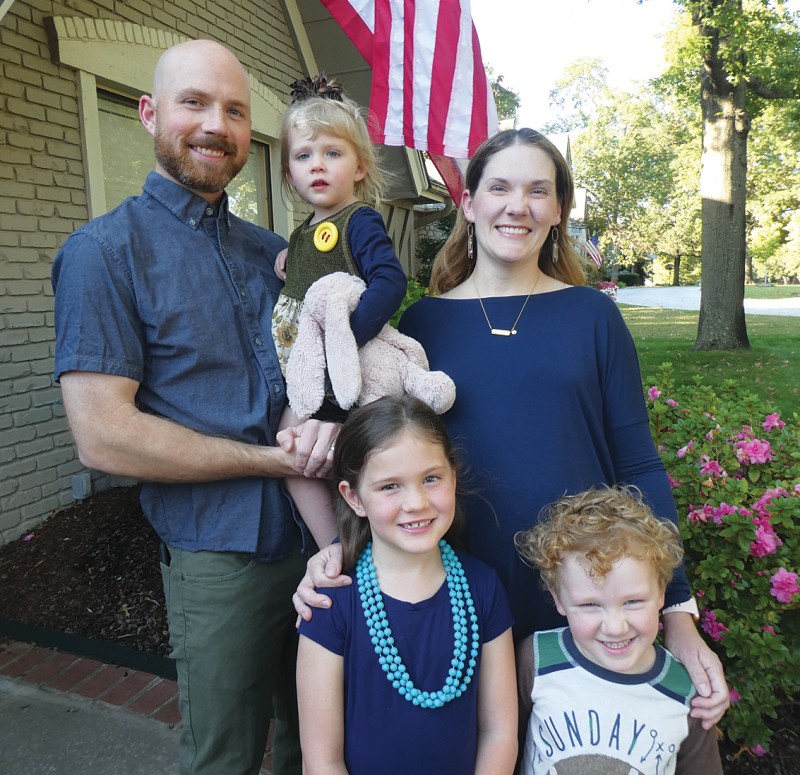 Lindaman offers that the unfollow button on Facebook can be helpful, especially leading up to family gatherings. If you’re seeing every political post a family member makes, it can weigh on your mind when you see them in person. With limited in-person contact, families are missing much of the supplementary dialogue that helps frame the “why” behind a post.

“Social media is not everything you know about a person,” Lindaman says.

When differences in opinion arise in her family, Lindaman says the conversation is always respectful and doesn’t become pointless or confrontational.

“I think we get a lot more out of asking questions instead of making more divisive statements,” she says.

One way you can help others feel heard is by asking questions. Arthrell says when people feel heard, they’re more likely to hear. When someone is expressing an opinion you don’t agree with, ask them how long they’ve felt that way or what experiences influenced their perspective.

“Being curious about someone else, how they think and how they make their decisions is a pretty wonderful thing,” Arthrell says. “If you do a good job of listening, it might open the door to a whole new relationship.”

When it comes to expressing your opinion, the key is to do so without squaring off in opposition; it’s not about who’s right and wrong.

“It just doesn’t work to tell someone they’re wrong,” Arthrell says. “It doesn’t maintain a conversation.”

Instead, Arthrell suggests you offer your perspective by sharing the experiences or research that have helped you land at your opinion. This isn’t confrontational, but educational, and allows for differences.

If someone is expressing their opinion in a way that’s hurtful to you, respond by speaking from the heart. In this case, the method is just as important as the message. Drop your tone, speak quietly, be succinct and slow down. Change the pace of the conversation. Instead of getting louder and escalating the situation, use this moment to change the momentum to a calmer, slower dynamic.

Some families know the holidays will involve that one family member who wants to speak of nothing but personal political opinions. Even all the strategies in the playbook won’t keep it from coming up. Arthrell says you should be thinking about how to steal the conversation or, if possible, seek out this person, allow them to hold court and be heard before mealtime.

One idea is to say, “I bet you know how I’m thinking. Is it O.K. that we can still love one other and be in the same family and think a little bit differently?” While this might seem bold, it allows you to address the person without a direct challenge, tell them you’ve heard them and bring it back to the relationship. It also serves as a warning that you aren’t looking for a fight.

No matter the occasion, Lindaman’s goal in every family situation is to approach each other with empathy and avoid putting labels on family members who have differences of opinion. She aims to see her family members first as people she loves and respects.

“I want to know that at the end of the day, they’re seeing me and not just my opinion about this particular thing we disagree about,” Lindaman says. “I’m more than that. I’m more than what my particular opinion is about this political or cultural issue.

TALKING ABOUT THE C-WORD

When conversation inevitably turns towards 2020’s favorite topic, COVID-19, invite people into intentional thinking instead of commiserating. Arthrell suggests the following framework for sharing. This strategy honors the whole picture of the difficult and tumultuous year we’ve been through. 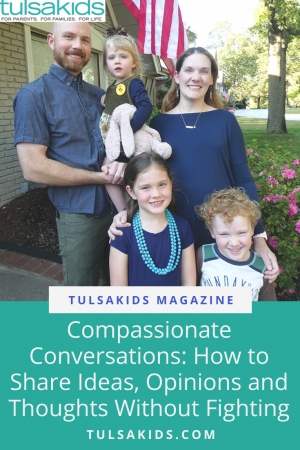 Events in Tulsa This Weekend: December 8-11