I mentioned Jill VanTrease’s latest Hip Mom column, “Themes are More Hip than Resolutions,” in my post on “Everything is Negotiable.” As one of the millions of us who may never keep a resolution, I like the idea of choosing themes for the year as a way to encourage growth without becoming a source of discouragement when specific goals aren’t met. So I’ve been thinking about what my themes for 2019 might be, and have come up with the following: Excellence, Creativity, Empathy, and Using My Voice.

As a reminder, this was inspired by Meg Myers Morgan’s idea that it’s better to pursue excellence than perfection. I don’t consider myself a perfectionist at all, so while that particular chapter was more aimed at getting perfectionists to realize that perfection can be a truly paralyzing goal, it’s still applicable to me because it’s a reminder that I may be proud of being able to get things done efficiently and well, but I could do better. I could try to be an excellent mother, employee, etc.

I’ve made myself a list of New Year’s Resolutions for work–things I’ve been wanting to do or intending to do for the past year that get put off because of other priorities, etc.–but part of being a “more excellent” employee this year would look like following through on good intentions, I think. Same with parenting. I keep meaning to eat at the table more, set limits on screen time, be more present, etc. I think pursuing excellence in parenting would look like finally doing all those things, being more present in conversation with Joss and being more willing to play for longer periods of time (although I can only do my “Dru” voice from Despicable Me 3 for so long before my throat starts to hurt!). This is where it would be kind of nice for him to have a sibling to play with, but when we’re home, it’s usually just us.

Our article on “College and Career Readiness” has tips for how even parents of preschoolers can help their kids on the path to college and career readiness. With young ones like Joss, a lot of these recommendations center around conversation: conversation about the daily schedule, using the scientific method as a guide to asking questions for the kids to answer, and reading and re-reading favorite books. 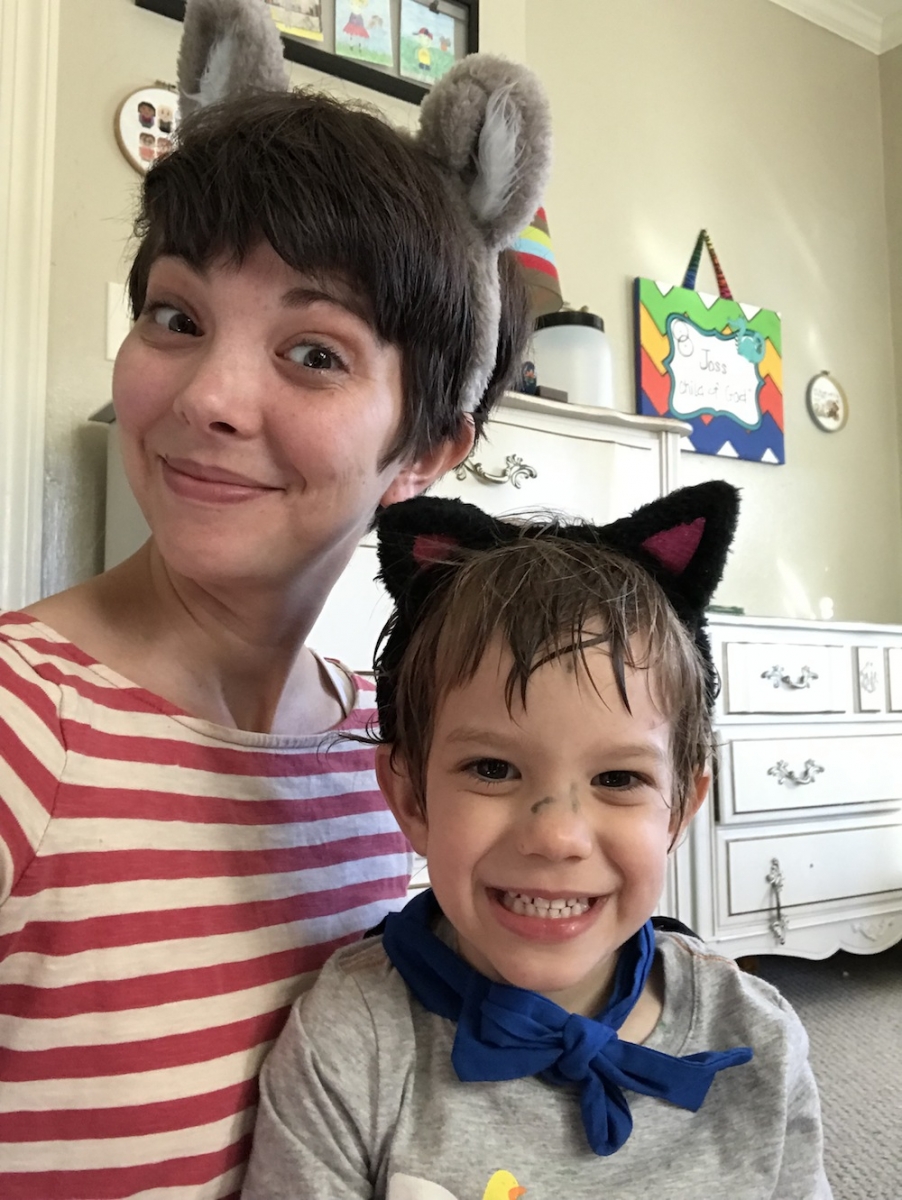 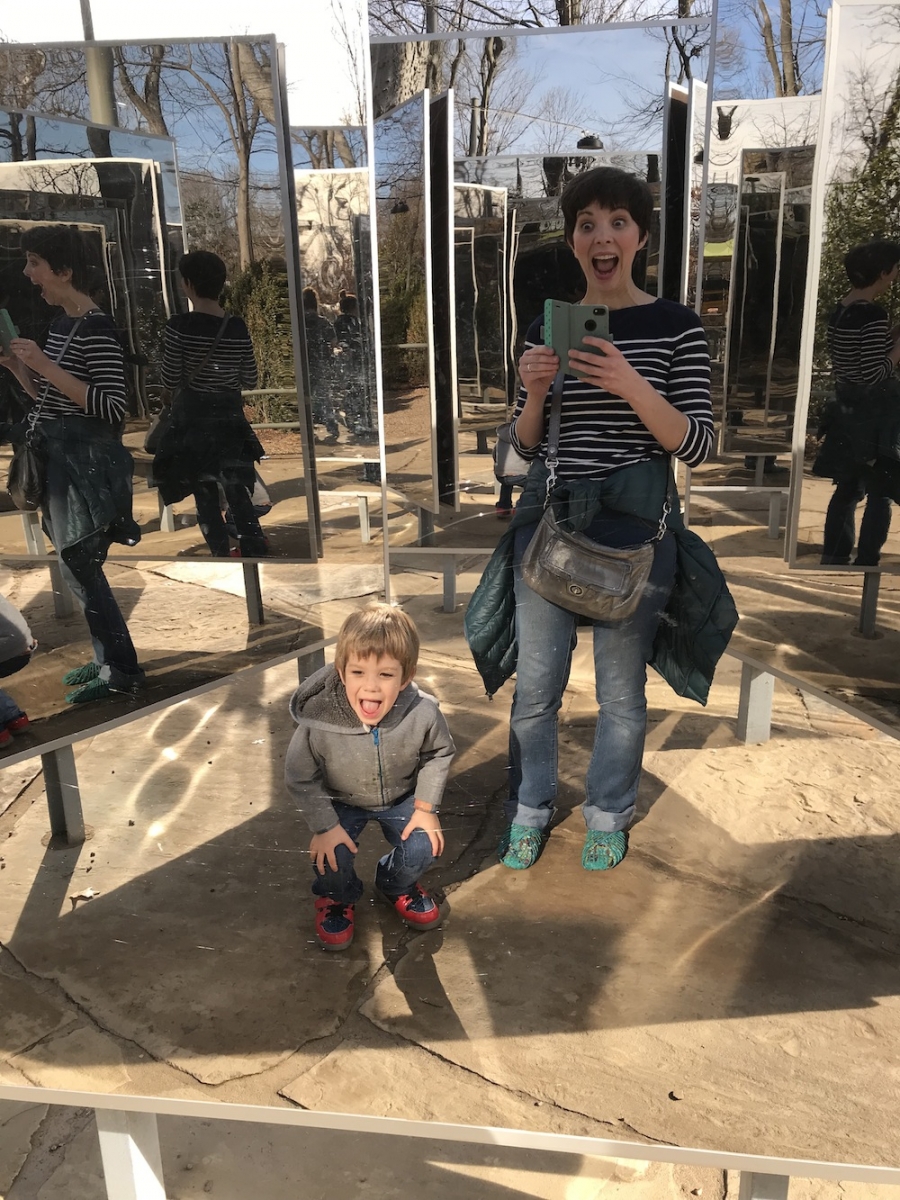 Another facet I’m adding to this “Excellence” theme is excellence in purchasing. This could probably be its own separate theme (“Quality Over Quantity,” or something), but I don’t want to go overboard. At the beginning of last year, I really wanted to be more aware of what I was purchasing in an effort to save money for a down payment on a house someday. When we moved into a rental that we actually really like, that idea kind of fell by the wayside, with the result that I’ve bought more $3 junk from Target than I probably should have. So thinking about Excellence when making purchasing decisions might help with that (fingers crossed!).

Being creative rather than vegetative (aka couch potato) is another part of pursuing excellence, at least for me. I haven’t written poetry in a while, but that’s something I’ve always loved to do, and I’d like to remember to make that a priority this year. To remember that I love language and words, even if it’s easy to get distracted or buy into the idea that I’m probably too tired at the end of a day to do anything creative.

A friend recently asked me something along the lines of, “Has parenting caused you to lose sight of yourself?” I think this was in response to the fact that we were out in public and Joss was running around, making it difficult to have any kind of focused conversation. My answer was, “No!” because I love hanging out with Joss and usually if it’s just the two of us, he’s not being a distraction, he’s the reason I’m out and about (that and needing to Instagram for work 😉 But there are some things that I spent more time on before Joss was born, like writing poetry, and I want to make sure I still remember to make time for those things.

Less vague ways by which I want to “pursue creativity” in 2019 include participating in as many of TCC Metro’s “I Can’t” Workshops as possible and trying out new baking challenges, like mirror glaze and homemade fondant. TCC’s “I Can’t” Workshops are free and open to the public, and you can learn different skills in each workshop (Mondays from 12-12:45 p.m.) with the help of local organizations like Philbrook, Gilcrease, ahha, Tulsa Botanic Garden, etc.

I don’t know exactly what I mean by this, but hopefully just being kinder in general. Of trying to see things from other people’s perspective rather than judging them too harshly. I took an Empathy quiz once, and scored reallllly low. It may just be because I was in a bad mood and anything but empathetic at the time of taking it, but it still made me think. I think empathy is an important part of friendship and a good motivator for making positive change in the world. So…just something that would be good to keep in mind this year. I think part of this will be trying to read a more diverse set of books this year. I set myself a Goodreads challenge to read 70 books by the end of the year (haven’t done this before, so have no idea if that’s a lofty goal or will be too easy, ha! 3 down so far!), so I want to try to make sure they’re not all just YA fantasy novels written by white people…

This is one I don’t even really want to think about, but I know there are lots of thoughts I don’t voice that, for the good of relationships, etc., I need to do better at expressing. “Using your big, powerful words,” is something that my son’s school really emphasizes with the kids, so they become confident communicators, both for their own good and because they can use those “big, powerful words” to create change and help others. It’s a little embarrassing to admit that, at the end of his time in preschool, my son will probably be better at using his words than I am to this day. But I also want to be a good example for him–he may learn it’s important to speak up for good in school, but if he doesn’t see me doing the same, what message does that send?

What themes would you choose for 2019? Or if you have any inspiration for how I can keep sight of these themes, let me know–books you recommend, poetry-writing podcasts, etc. 🙂 Thanks in advance! 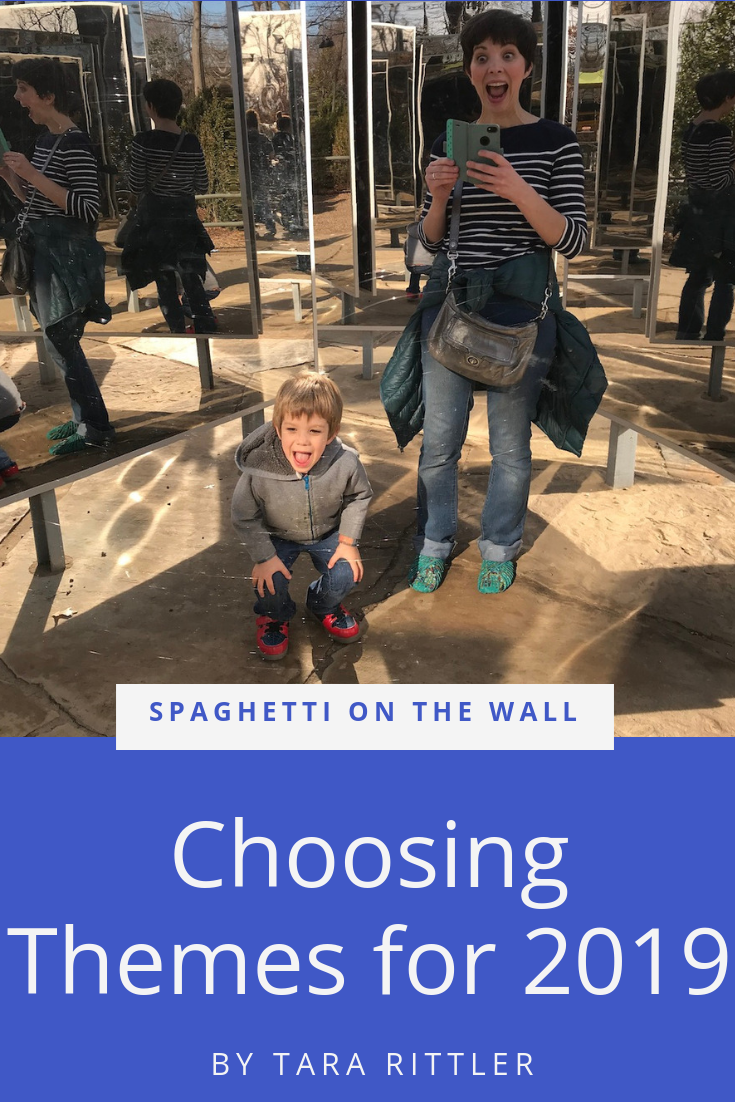