Choosing a Camp with the Best Benefits for Your Child

For well over a century, the camping experience has provided children with the opportunity to not only discover new activities such as hiking and swimming, but also develop life skills in a unique environment. 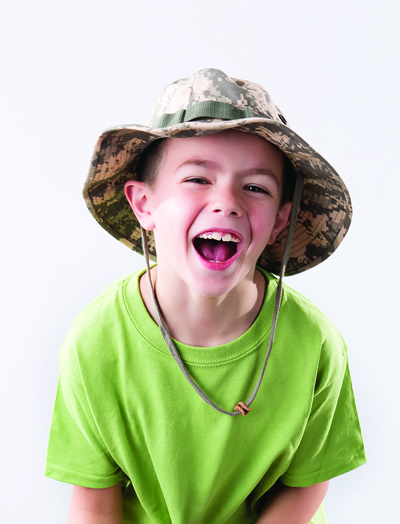 “Time and time again, you hear from kids who have gone to camp that their lifelong friends are the ones they met at camp,” said Shepherd’s Fold Ranch Camp Director Julie Trzebiatowski. “It gives kids an environment to really connect in a way that they don’t usually connect anymore.”

According to information provided by the American Camp Association (ACA), 96 percent of campers said that the experience helped them make new friends.

Trzebiatowski argues that there’s an inherent benefit that comes from children being outdoors, too.

“Our brains just process differently, our bodies just relax, and everything kind of slows down and we’re able to enter the world on a deeper level,” she said. “Because it’s a new environment and it’s so challenging for a lot of kids, they gain skills from every activity that they do at camp that’re going to help them later in life.”

From building trust to learning how to communicate with others, kids are often asked to do things that they didn’t think they ever could do.

“When they conquer the rock wall or go down the zipline, it just kind of gives them that boost of confidence,” said YMCA Camp Takatoka’s Senior Director of Camping Services Summer Knox. “Knowing you have a friend somewhere just kind of gives you that confidence to start the next school year that you’re really nervous about.”

Based on her time at Camp Takatoka, Knox has found that these skills often subconsciously develop within children.

“A lot of the time they don’t even know it’s happening,” she said. “They’re just here at camp having a good time and all of these things are happening that they may not even realize right away.”

“Because of things like social media, we’re seeing an increase in self-harm and negative behavior,” Helsel said. “I think a lot of that stems from kids not knowing who they are and where their worth and value comes from. That’s our main focus – helping kids figure out who they are and how to use that in a great way in this culture.

Speaking of social media, camp largely serves as a break from technology. According to the ACA, only 10 percent of accredited camps offer cell phone access to campers.

“We pride ourselves on being that outdoor break and taking kids on hikes,” Knox said. “It’s a battle that we face – my desk is filled with cell phones – but it’s something that we believe in and stand behind.”

As the director of Kanakuk’s teenage group – the campers who are most likely to hate being away from modern technology – Helsel says that her campers love having that break.

“Just in one-on-one conversations, the freedom to not have to look or measure up or feel like they’re missing out if they don’t get invited somewhere or just the bullying that comes from social media – there’s a freedom that kids tell us comes from not having to use it at camp,” she said. “It’s a big win for them to just be teenage kids for two weeks or a month at our camp.”

Information from the ACA supports the notion that campers generally don’t mind the break from technology. A 2016 camper enrollment survey said that about 80 percent of responding camps reported either the same or higher enrollment, all while most camps continue to not allow access to phones or the internet.

Camp offers children about as much of a break from technology as it does from their parents. As much as the experience tends to foster teamwork, it also builds independence on an individual level.

“I think we’re finding that when kids go out and leave for college — the first time a crisis happens and mom and dad aren’t there to fix it — kids really struggle and we’re seeing a delay in growing up and maturity,” Helsel said. “They need time away because it helps them to not be dependent on mom and dad.”

Helsel says that it’s just as beneficial for parents to learn to separate from their kids.

“I think it’s healthy for parents to let their kids have that breathing room and then figure out for themselves ‘is my life just revolving around my kids or am I doing other things that are important and my kids get to be a part of that,’” she said. “It’s a very healthy separation on both sides.”

Knox suggested that there should perhaps be a support group for parents while their child is away at camp, given the toll that that can take.

“We don’t take it lightly that a parent is entrusting us with their baby and their most prized possession,” Knox said. “Parents can learn a lot about their kid when they let them spread their wings and take those things on themselves. They see their hard work as a parent unveil when they see their kid be successful.”

Although every camp has something to offer, what’s most important is that a parent find the right one for their child. When researching a camp, for instance, the first thing that a parent should do is check to see whether that camp is accredited by the ACA. Accreditation ensures that that camp has met health and safety standards through a peer review.

Beyond simply whether or not the location is safe, each camp suits each child differently. Kanakuk, for instance, is a Christian athletic camp.

“It depends on what a parent most desires for their kid,” Helsel said. “For some kids, depending on their age, they might need courage developed. What is out there in the camping world that can help my kid be in a safe environment but step out and have other people encourage them to be courageous?”

“We offer a wide variety of activities at Shepherd’s Fold, so every camper can find something that suits their interests and they can also meet people who share those interests,” Trzebiatowski said. “That way, they can start to form that relationship and that connection.”

Almost as important as the range of activities is the size of any given camp. Consider your child’s temperament when choosing a camp.

“What I love about Shepherd’s Fold is that we’re relatively small,” Trzebiatowski said. “There’s a lot of camps where your child is one out of 400, and for some people that’s OK, but my child is more of a quiet and shy kid and would get lost in the mix.”

Additionally, parents should be honest about a child’s emotional and developmental age, not just the chronological age.

“Sometimes we want to say ‘I want my kid to have this experience and be away from me for a week,’ but maybe they aren’t ready for that,” Trzebiatowski said. “They’ve never spent a night away from home, so maybe we need to look at a shorter camp experience and not put our expectations on our child.”

What to Consider When Choosing a Camp

The American Camp Association (aca.org) recommends starting with your child when choosing a camp.