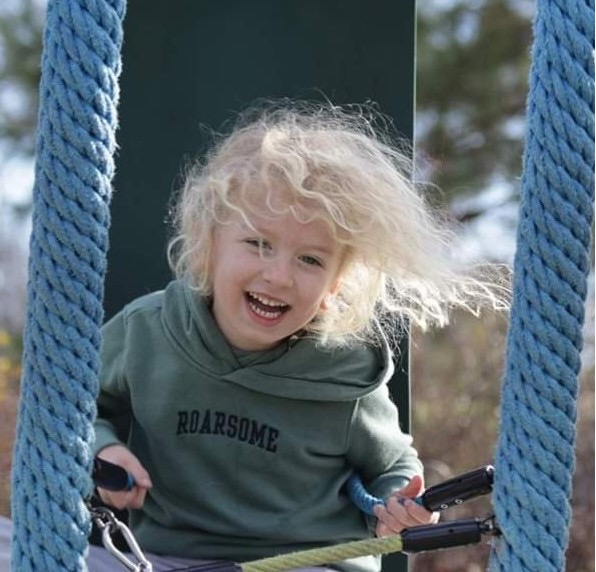 We never think it will happen to us, to our children or grandchildren. Until it does, and you have seconds to respond. Then, your response must be spot-on because a life depends on it. I’m talking about choking. I don’t think it’s an exaggeration to say that the experience of my grandson choking was the most terrifying event of my life.

It happened the day after Christmas. Our four-year-old grandson had spent the night with us, and we had just returned him to his parents’ house. His parents, baby sister, and my daughter and son-in-law’s best friend couple were all gathered. Add three dogs and a cat to the picture, and you get chaos, but a happy chaos. There were six adults in the house, but none of us noticed Callister grab a piece of candy from his advent calendar before running out the back door to play. The dogs followed, and soon they were all running around the yard having fun.

I was standing around talking, about to leave, when Callister came running back in the house, totally silent, and immediately collapsed face-first onto the dining room floor. His mother, my daughter Alexandra, turned him over, yelling his name. By the time I looked at him, his face was already blue. My son-in-law’s best friend immediately picked him up and did the correct textbook version of the Heimlich maneuver for children. We thought something came out, but he went limp and blue again.

Meanwhile, I was calling 911. Unfortunately, I had a brand new phone, and it felt like it took forever for me to unlock the phone and find the right screen to make the call. I’m sure it was only seconds, but it felt like minutes. It felt like I was in slow motion, like a bad dream. With my phone clutched to my face, I ran into the front yard to talk to the dispatcher. I was almost positive I knew the address, but to be sure, I looked at the address plate on the house. Trying to control my panic, I gave all the information. The dispatcher asked me to go back into the house to describe what was happening.

After the failed Heimlich attempt, my daughter had put my grandson on the floor and proceeded to do a deep sweep of his throat with her finger. It’s not recommended that you do a sweep unless you can see an object because of the risk of pushing the object down further. My daughter is a veterinarian, trained, knowledgeable, and highly-skilled, so she did what she knew how to do to save her child.

She was able to dislodge the sticky marshmallow candy from fairly deep in his throat, and he began throwing up copious amounts of red liquid that appeared to be blood. He was also screaming and crying as he was vomiting. I usually hate to hear a child cry, but hearing him cry was a beautiful sound. It meant he was getting plenty of oxygen. I told the dispatcher he was vomiting blood, and as I said it, my mind went to the big bowl of strawberries, raspberries, and blueberries I had fed him not more than a few hours before. Sure enough, it was strawberries! As he was throwing up, two trucks of firefighters arrived. They thoroughly checked him out and strongly recommended we go to the emergency room for further care. They also gave him a stuffed animal to hold onto, a good calming strategy.

As this was all going on, my husband was attempting to keep our 14-month-old granddaughter from seeing all that was going on. To keep things as normal as possible for her, her dad stayed home with her while my daughter and I took Callister to PediaStat, a pediatric urgent care center very close to her house.

Callister was understandably distraught. It took some wrangling to keep him from escaping the waiting room, but once he got into the exam room, his scientific curiosity took over. When the nurse and doctor started asking questions, Callister calmed down and told the entire story. The plan was to do X-rays to ensure he had not aspirated anything into his lungs. Callister was so excited to see the inside of his body that he fully cooperated. The X-rays reassured us that nothing had been aspirated into the lungs. He had a sore throat for a few days but was fine.

It’s taken me several weeks to get to the point I can write about this. I didn’t intend to make this all about me, but here I am, making it all about me. Loving grandchildren makes us vulnerable, and this incident shook me to my core. I have had so many flashbacks seeing his face blue and thinking we had lost him. Life can change in an instant, and our lives were almost devastated that night. Writing about our experience serves two purposes. The first is to educate parents and grandparents about choking. The second is selfish. I needed to talk about it to process my feelings. I’m not sure if it’s possible to be prepared for every possible emergency, but I need to share this important information.

When babies or toddlers are in the house, make sure choking hazards are out of their reach. Coins, batteries, balloons, small toys, marbles, beads, and rubber bands are hazardous to curious little ones. We can’t avoid food, but there needs to be an awareness of potentially dangerous foods. Here are the top ten foods that present a potential choking hazard in young children:

Know what foods are appropriate for your child’s age and which foods are a risk. Take a CPR/First Aid class! As a former Physical Education teacher/coach, I have taken this course many times, but I haven’t kept current since retiring. I need a refresher course!

The best way to prevent choking is supervision, but as evidenced by our experience, there will always be incidents that escape our vigilance.

Children should only eat while seated. As you can imagine, that rule is now being strictly enforced. Kids should not be allowed to roam around with food or eat while in their car seats. Make sure any babysitters/caregivers know the rules also.

This was a traumatic event for all of us, and it could very easily have had a tragic end. It made me aware that although I have had many classes in first aid and CPR, my memory of what to do for choking was not sharp. I can’t count how many times I have replayed the entire incident in my mind and questioned if I would have known what to do. According to the Red Cross, retention of learned skills begins diminishing within months of attending a class. By the time a year has passed, you need a refresher. My husband and I plan to take a CPR class through the Red Cross. Classes are offered in-person and online.

We’re a little more nervous when we’re in charge of the grandkids now. Before our 15-month-old granddaughter visits, we get down on the floor and make sure there are no coins, small toys, or other objects on which she could potentially choke. We strictly enforce the eating only while you’re seated rule with both of our grandchildren.

Callister still talks about the night he choked and doesn’t seem too upset about it. We have been following his lead about how much he wants to discuss it. He was very impressed with the healthcare professionals at PediaStat and does like to talk about his experience at the Urgent Care. He doesn’t completely grasp the fact it was his mother who saved his life. He’s kind of upset that she scratched his throat when she was digging out the candy lodged in his throat, but someday he will appreciate what she did. I’m so very grateful our story has a happy ending. 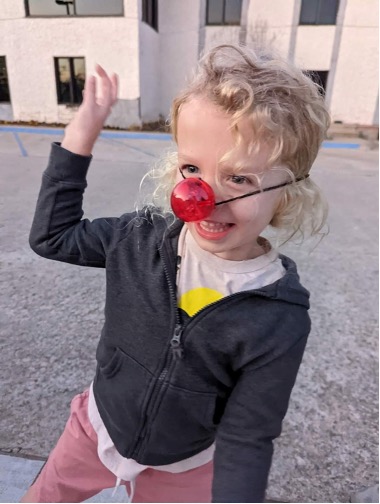 Callister said, “Mom, remember when you stuck your finger in my mouth? You should have done it softer.” 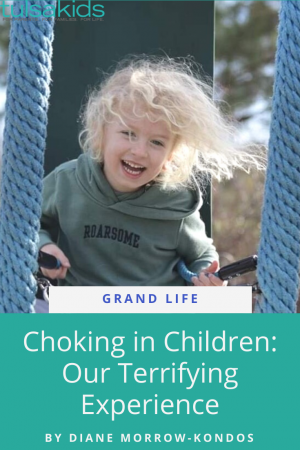