When William Shatner went into space, he came back in tears, telling reporters, “Oh my God. It’s indescribable…I’m so filled with emotion. It’s extraordinary. I hope I never recover from this, maintain what I feel now. It’s so much larger than me. It has to do with enormity, the quickness of life and death. Oh my God! It’s beautiful in its own way.” 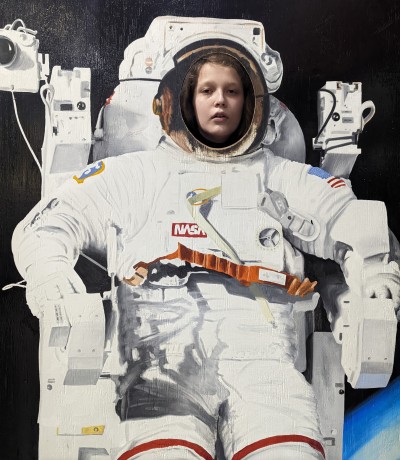 Exploring Space at the Tulsa Air and Space Museum

What Captain James T. Kirk experienced is a documented change in consciousness known as the Overview Effect. It’s a shift in cognitive awareness that occurs when astronauts see how small the Earth is in space, adding to an almost spiritual sense of humanity’s fragility that begins to break down the lines humanity is often defined by like race, religion, and nationality.

As Carl Sagan wrote in Pale Blue Dot, referencing the distant image of Earth from Voyager I, “Our posturings, our imagined self-importance, the delusion that we have some privileged position in the Universe, are challenged by this point of pale light. Our planet is a lonely speck in the great enveloping cosmic dark. In our obscurity, in all this vastness, there is no hint that help will come from elsewhere to save us from ourselves.”

While I’ve never experienced the Overview Effect, I’ve always found the idea of space absolutely mesmerizing and been especially enchanted by the notion of learning about our place in the universe just for the pure pleasure of gaining knowledge. I grew up during the end of the space shuttle era, and like many schoolchildren in the ‘80s, I cried at the devastating news of the Challenger disaster.

If you spend time talking to many Trekkies, you’ll learn that it’s not the aliens or the space battles that fuel our love for Starfleet. It’s the idea of humanity coming together to seek knowledge and create technologies that would benefit the entire human race. And the reality is that space exploration has already led to the creation of many technologies we use every day like GPS, scratch-resistant eyeglasses, ear thermometers, wireless headsets, and those tiny little cameras in our phones, just to name a few… 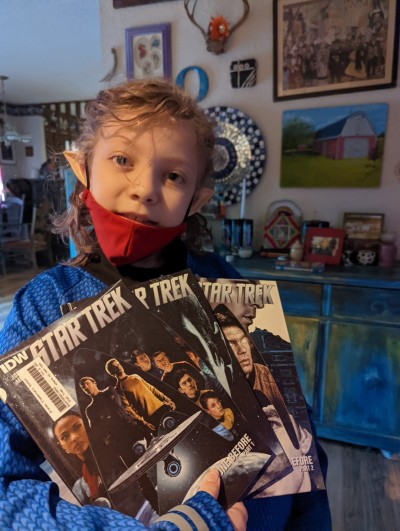 Launched in 1990, the Hubble Space Telescope transformed humanity’s understanding of our place in the universe, giving us a view into galaxies as billions of light years away and inspiring generations of scientists who have in turn spent their lives working to understand and improve the world around them. And this week, the successor to the Hubble telescope, the James Webb Telescope, sent its first set of images back home, giving us an even deeper look into the nature of the universe and of human existence itself. The images included an incredible view of Stephan’s Quintet, a grouping of five galaxies in relative proximity with two on a path to collision, as well as a spectacularly detailed image of the Southern Ring nebula.

If you’re looking for a way to give your kids hope for a better future, fuel their interest in science and knowledge, and give them a greater sense of custodianship for humanity, getting them interested in space exploration is one of the best things you can do. Here are a few things you can do with your family to celebrate the arrival of the James Webb Telescope:

1. Look at the JWST images together.

You can check out the full set of images on the NASA website. Be sure to read the description for each image and learn about how the infrared technology works that took them. You can also compare those images to the ones taken by the Hubble telescope to see just how much more information we’re getting today.

You can find Carl Sagan’s audiobook narration of Pale Blue Dot on most audiobook apps. If you look hard enough, you can even find it on YouTube where it’s available for free. Listen to it in your car while you’re driving the kids around town or encourage them to listen to it at bedtime.

Download an astronomy app and you’ll always know what to look for in the night sky. I use an app called Nightshift that gives me notifications on upcoming events to watch out for and how clear the skies will be for watching.

Neil Degrass Tyson’s Cosmos is a continuation of Carl Sagan’s series. Cosmos looks at how we have come to our understanding of the cosmos today including the stories of the scientists, philosophers, and dreamers who dared to imagine a bigger universe than the world we see. You can watch Cosmos: A Spacetime Odyssey and Cosmos: Possible Worlds streaming on Hulu.

I hope you love the new James Webb Telescope images as much as we do! Have a great week, and live long and prosper in your little nebula! 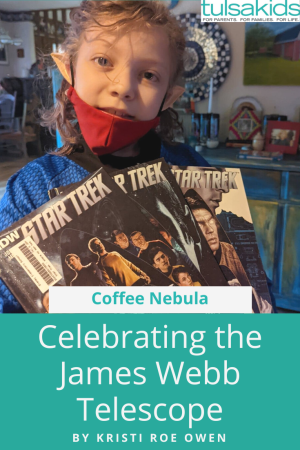