Books That Can Be Sung

Make this May a musical month to increase fun and literacy

In the pre-COVID days, when I was mentoring a new children’s librarian through one of her first storytimes, she asked me, “What do I do if I’ve planned a bunch of toddler books and my audience turns out to be only babies?”

“Sing more songs,” I told her.

In my years as a guitar-strumming, musical children’s librarian, I’ve found you can never go wrong with that plan. Hans Christian Anderson once said, “Where words fail, music speaks.”

Not only are songs great for enrapturing nonverbal babies and toddlers but experts agree that music is important to children’s developing brains. For one thing, songs tend to slow down speech, breaking words into smaller parts that are easier for new language learners (of all ages!) to hear.

But with children, this experience later helps them to break down words on their own when they are learning to sound things out as they read. One great way to get a jump start on your child’s reading practice is to read books with them that can be sung. Here are a few of my favorites.

Singing in the Rain by Arthur Freed, as illustrated by Tim Hopgood 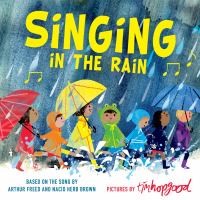 This catchy, happy tune receives a colorful treatment by award-winning illustrator Tim Hopgood, featuring children in rainbow-colored raincoats playing in puddles and dancing with umbrellas as the gentle spring rain calls forth a garden of flowers. Whether in picture books or nonfiction, Hopgood’s illustrations never fail to please. I also recommend Hopgood’s versions of “What a Wonderful World” and “Walking in a Winter Wonderland.”

While Jane Cabrera has illustrated more than a dozen children’s songs, including “Baa Baa Black Sheep” and “The Wheels on the Bus,” my favorite is her version of Twinkle Twinkle Little Star. Featuring new verses accompanied by Cabrera’s illustrations of sleepy animals dozing off under the stars in different habitats all over the world, the book has plenty of fascinating things for little fingers to point out. Is your child not the gentle lullaby sort? Check out Cabrera’s “Ten in the Bed” instead. 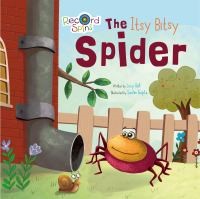 This set of board books is perfect for babies. Each features a classic children’s song accompanied by simple, cartoon illustrations that are perfect for two -to three-year-olds. Large fonts will help parents point out the texts as you practice sight reading with your little ones. While my favorite titles in this series are “The Itsy Bitsy Spider” and “A Sailor Went to the Sea, Sea, Sea,” all of these books are stellar additions to your child’s song book collection.

Every Little Thing: based on Bob Marley’s Three Little Birds by Cedella Marley 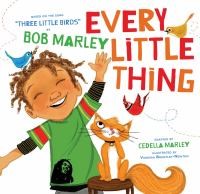 Children and adults will love this board book version of the classic reggae hit. With happy illustrations showing a small boy accompanied through his day by three adorable birds and with the repeating message that “every little thing is gonna be alright,” this book is great for calming down overwhelming emotions. 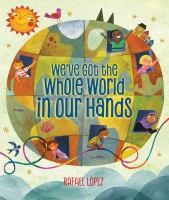 Much like Disney’s It’s a Small World ride, but without the theme park’s ticket price, this slightly modified version of an old spiritual song shows children from cultures around the world celebrating our beautiful planet. Children of all backgrounds will enjoy seeing themselves in these pages while parents will find ample opportunities for teachable moments discussing those who are different.

Sunny Day by Joe Raposa and illustrated by Christian Robinson 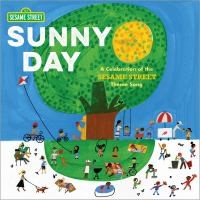 In this picture-book adaptation of Sesame Street’s beloved theme song, Dan Santat, Emily Winfield Martin, and many other children’s book illustrators (18 altogether!) each tackle one line of the song in lovely two-page spreads. As Big Bird and friends appear throughout, even the smallest Sesame Street fans will be delighted by the details.

Finally, just in time for Memorial Day, this is my favorite picture-book adaptation of a patriotic song. No matter how you feel about politics, America is still a beautiful land, and this book shows her in all of her glory from sea to shining sea. Every page features a different American landscape, showing the diversity of lifestyles from Midwestern farms to coastal fishing towns and everything in between. An index at the back of the book explains the illustrator’s inspirations for each scene, opening the way for more research on these places.

Is singing just not your thing? That’s all right. You don’t have to sing well in order for your children to gain benefits: it’s the practice of singing, listening to music, and learning songs that helps with brain development, not the quality of parental voices!

Additionally, the library also has CDs of children’s songs available for checkout, as well as downloadable albums through our digital services such as Freegal and Hoopla that are free to access with your library card. Even if you have a permanent frog in your throat, you can still put a song in your child’s heart, sharing the joy of music with the next generation. 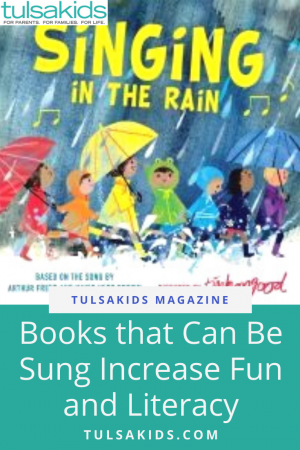