Best Toys for Building and Pattern-Making

Author’s Note: I wrote this a few months ago but never published it! However, after reading Kiley Roberson’s article on Gender-Free Gifting from TulsaKids’ December 2020 magazine, I wanted to revisit it, as it seemed like a nice tie-in.

In the midst of COVID stress, the past couple of weeks have been particularly hellish. Mostly for personal reasons, but the whole “What’s going on with school next year?!” situation isn’t helping. No matter what, I’m sure Joss will be spending a good deal of time at home. So I wanted to write about a couple of toys he has that I’ve been grateful for over the past couple of months!

I can’t go into depth about how they help with brain development or coordination, but here’s an article from another Parenting Media Association member, NYMetroParents, on the benefits of open-ended toys. Among other things, the article says, “Open-ended toys result in open-ended play. This type of play can evolve over time while also encouraging children to create and problem-solve as they explore the world around them.” Best of all, they’ve provided hours of screen-free entertainment.

If you do decide to purchase any of these toys, check with a local toy store first, like Kiddlestix!

Joss’s favorite place at Philbrook is the gift store. I sometimes let him pick out a small toy that’s under $10. On our last visit, we shopped the sale table and found a box of Popoids for less than $5! I don’t know how sturdy these are, long-term, but he’s really enjoyed them. The original price was still around $10, so even then – not bad! 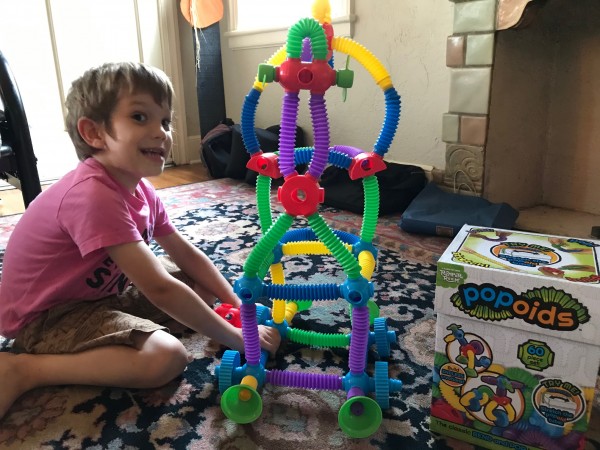 Basically, they are plastic tubes that you can smoosh together. When you pull them out again, they make a pleasing popping noise. And you can connect them together to make whatever you can imagine. 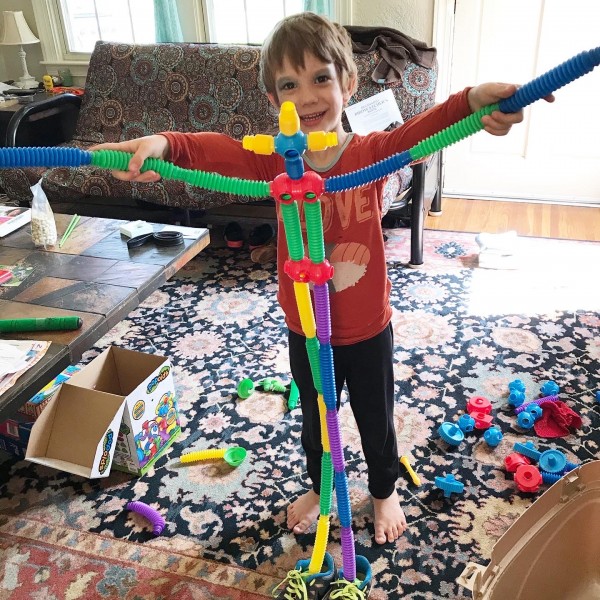 Joss made “Popoid Joss,” along with a popoid kitty. Best of all, the box they come in is pretty sturdy, so storage isn’t an issue. That’s a top priority when it comes to agreeing to purchase a toy that comes with 60 individual pieces because every now and then, Joss does this to his room: 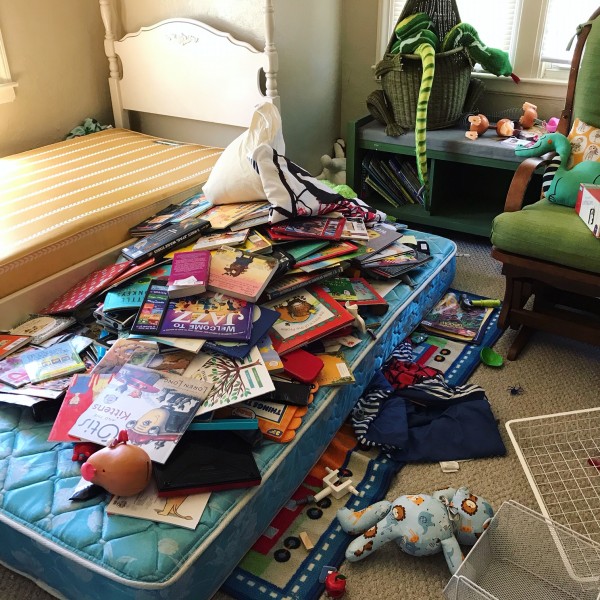 Joss enjoyed playing with a set of pattern blocks at school last year. So when I was looking for ways to keep him occupied during quarantine, they were at the top of my list. We bought this 130-piece set for just $15. While the set comes with cards that kids can look at and figure out how to copy, Joss’s favorite thing to do is just free-style the blocks. Usually he ends up creating rocket ships. 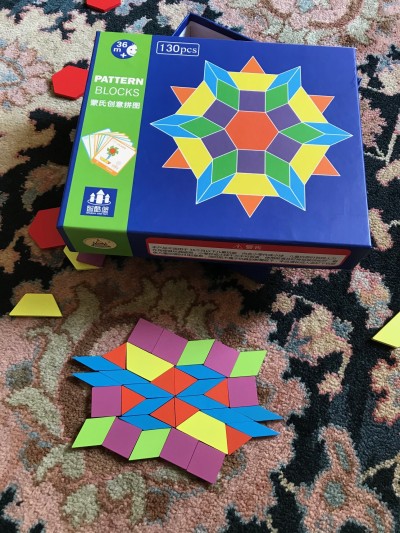 Plus, I’m not going to lie – it’s pretty relaxing for parents, too! 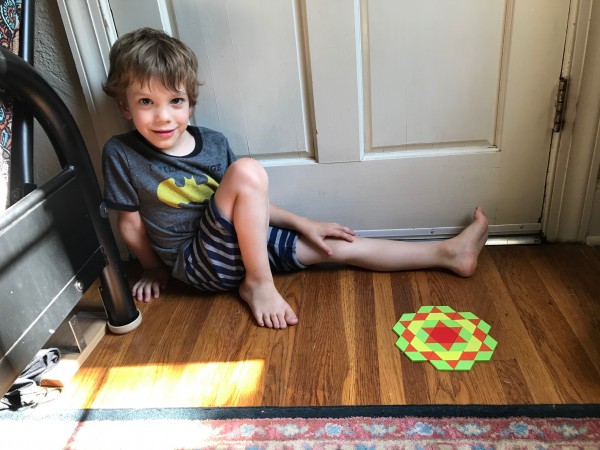 I don’t love Magnatiles, but Joss does, and that’s what matters! I’d rather lay out a beautiful pattern than wrestle with magnets that attract when I wish they’d repel, or collapse altogether, etc. They also seem on the pricey side, but you can sometimes find good deals. And some brands of course are cheaper than others.

I’m talking Mega Blocks, Duplos and Legos. Joss’s Granddaddy D bought him a few Star Wars Lego sets while we were at home full-time, and those are always fun to put together! Of course, eventually, that complex X-wing fighter is going to break apart and you’ll be left with plenty of bricks that your kid can build with as they please. Joss doesn’t play with Legos a lot just on his own, but they’re not something your kid is going to grow out of for awhile, if ever. I still enjoy building Lego sets! 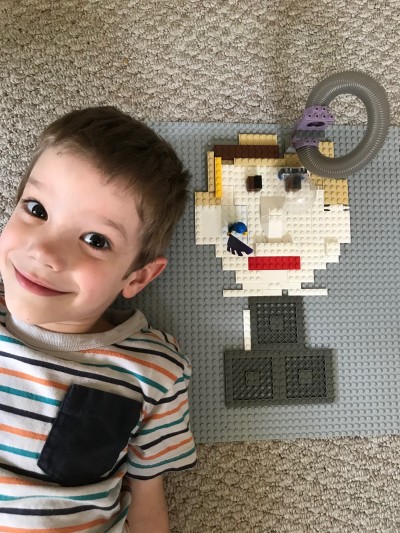 I like that, in addition to open-ended building, kids can also use Legos to act out stories, etc. It would take a lot more imagination to narrate a plot using the pattern pieces – maybe something along the lines of “Flatland,” ha.

What are your favorite toys for building and open-ended play? Or your favorite educational toys of any kind? Let me know in the comments! 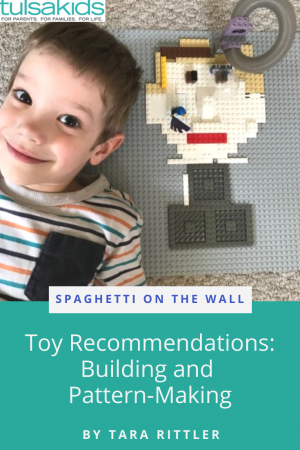