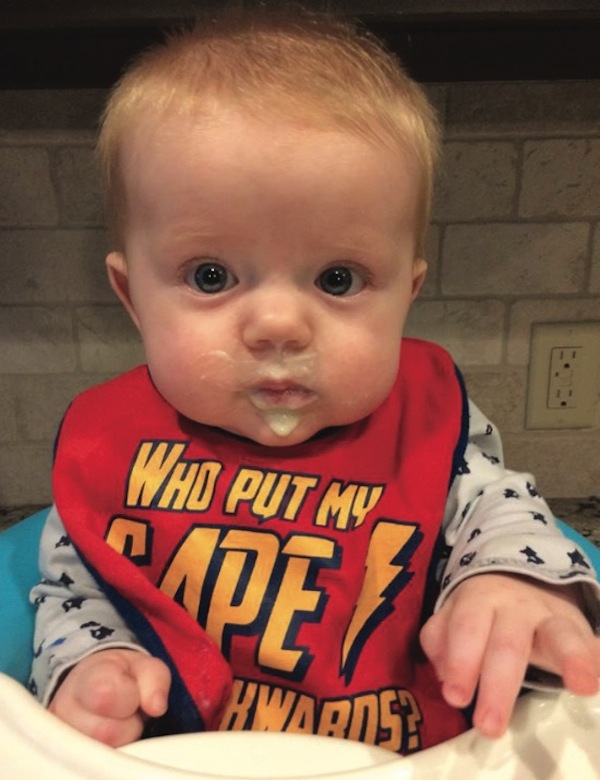 For years rice cereal has been a go-to for parents when they start their babies on solid foods. When my son was born just two years ago, I can remember his pediatrician recommending I mix breast milk with a little rice cereal as his first solid. The bland taste and smooth texture was supposed to make it a pretty simple starter food. But now new reports about arsenic in baby rice cereal have raised concerns among parents. So is it safe or are we starting our babies out on the wrong foot?

The U.S. Food and Drug Administration (FDA) says it’s time to restrict the rice. The reason brings us to a quick science lesson. First, it’s important to know that arsenic is naturally present in water, soil and air, but processes such as mining, manufacturing and pesticide use can increase the level of arsenic in the environment. Arsenic occurs in two forms – organic and inorganic – and many foods and beverages contain some level of arsenic in both forms.

Rice plants are particularly good at absorbing arsenic from the soil, in particular because they grow in a lot of water. Inorganic arsenic is a common ingredient in pesticides and other products used in farming, and can linger in the soil for a long time after it is used. It can be poisonous and in high doses it is lethal, but even small amounts can damage the brain, nerves, blood vessels or skin — and increase the risk of cancer. The Consumer Products Safety Commission (CPSC) issued a report in 2012 that says babies who eat two servings of rice cereal a day could actually double their lifetime cancer risk.

The FDA has been studying this problem, and has decided to propose a new upper limit, or “action level,” for inorganic arsenic in infant rice cereal of 100 parts per billion (ppb), consistent with levels recently set by the European Commission. It’s not just the cancer risk that worries the FDA. The agency is also concerned about studies that show babies exposed to inorganic arsenic, including exposures before they are born, have a higher risk of learning problems.

Before we all panic because we’ve been feeding our children rice cereal, let’s take a deep breath and remember that’s not all we’re feeding them. And, just like many foods, moderation is key. It’s not that we need to cut all rice and rice products out of our diet. But we do need to think a bit differently about rice than we did before, especially with young children and pregnant women.

It’s also important to note that rice cereal isn’t necessarily the best choice for a young child because it has fewer nutrients than other healthy first foods, including pureed meats and vegetables or iron-fortified cereals made from other grains. Rice cereal is also bland, and some experts now recommend starting your baby on flavorful foods right away to discourage picky eating later.

Here is what the FDA and the American Academy of Pediatrics (AAP) suggest: