Convention season is nearly upon us, and this year is going to be amazing! My followers know that last year, I made a lifelong dream come true by not only attending my first pop culture convention but hitting all three of Tulsa’s geek cons! It was everything I ever hoped it would be and so much more.

Before we even walked into Tokyo in Tulsa, I was in heaven. After getting picked on throughout my geeky childhood for being such a full-fledged nerd, it was amazing to see so so many people embracing their passions and letting their geek flag fly. 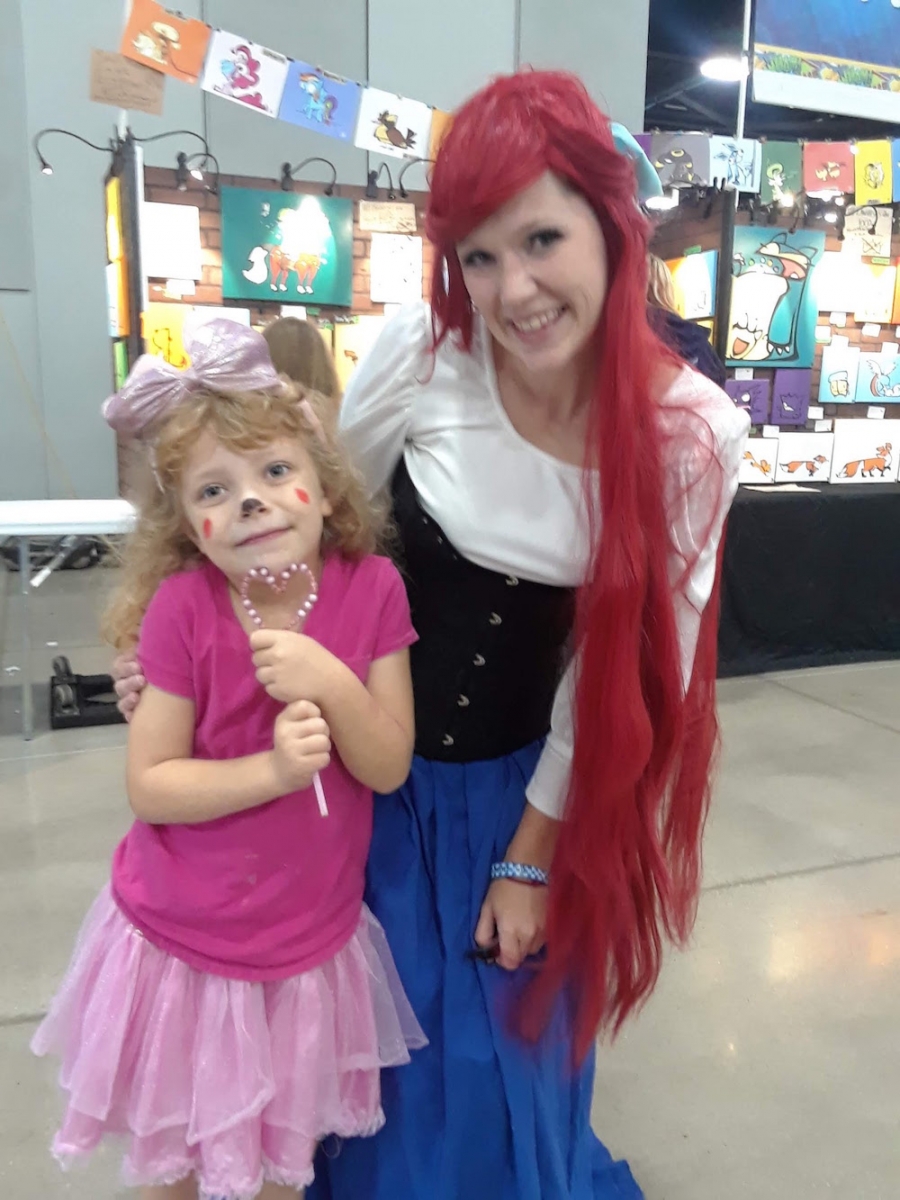 Throughout all three cons, I was blown away by all of the gorgeous fan art and fancrafted merch as we browsed table after table. We tested video games, worked an escape room puzzle, played board games, crafted, got nerdy makeovers, sat in on panels about science fiction tropes, and geeked out over cars from our favorite shows. 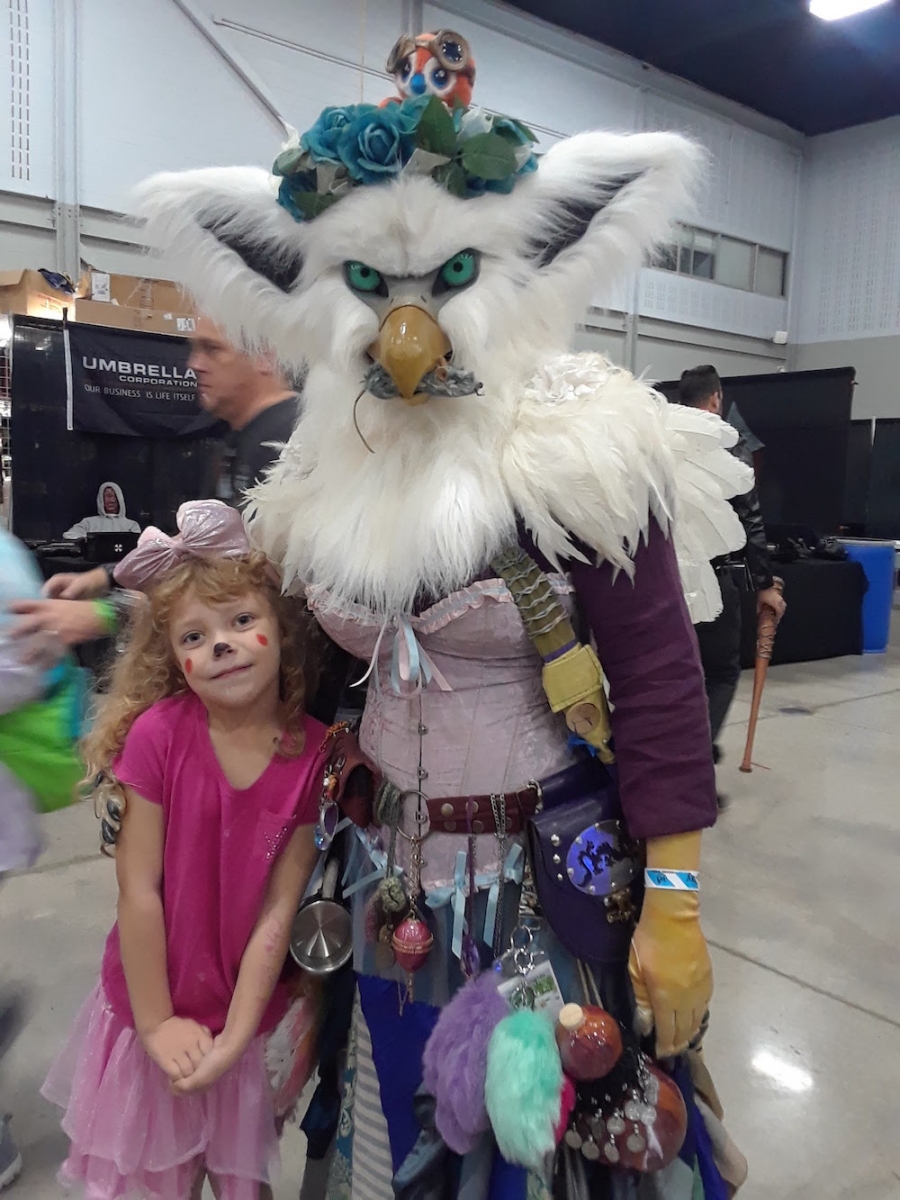 And then there were the pop culture legends! At Wizard World Comic Con, I got to meet Nichelle Nichols, AKA Uhura, a goddess among humans who I have admired since I was six years old. I literally cried as I thanked her for everything she has done to empower women over the decades. And then my kids got to meet and hang out with one of their heroes, Zac Callison, who plays Steven Universe, at Tulsa Pop Culture Expo!

When it was all over, I was already thinking about going to next year’s cons. Convention season is almost upon us, and this year is going to be epic.

I’m still hoping someone will love my idea for a meteorology-themed pop culture convention where conventiongoers dress us as Gusties and storm chaser vans and the proceeds go to benefit survivors of the recent Soakpocalypse. Interested promoters can contact me at kristiroeowen@gmail.com. 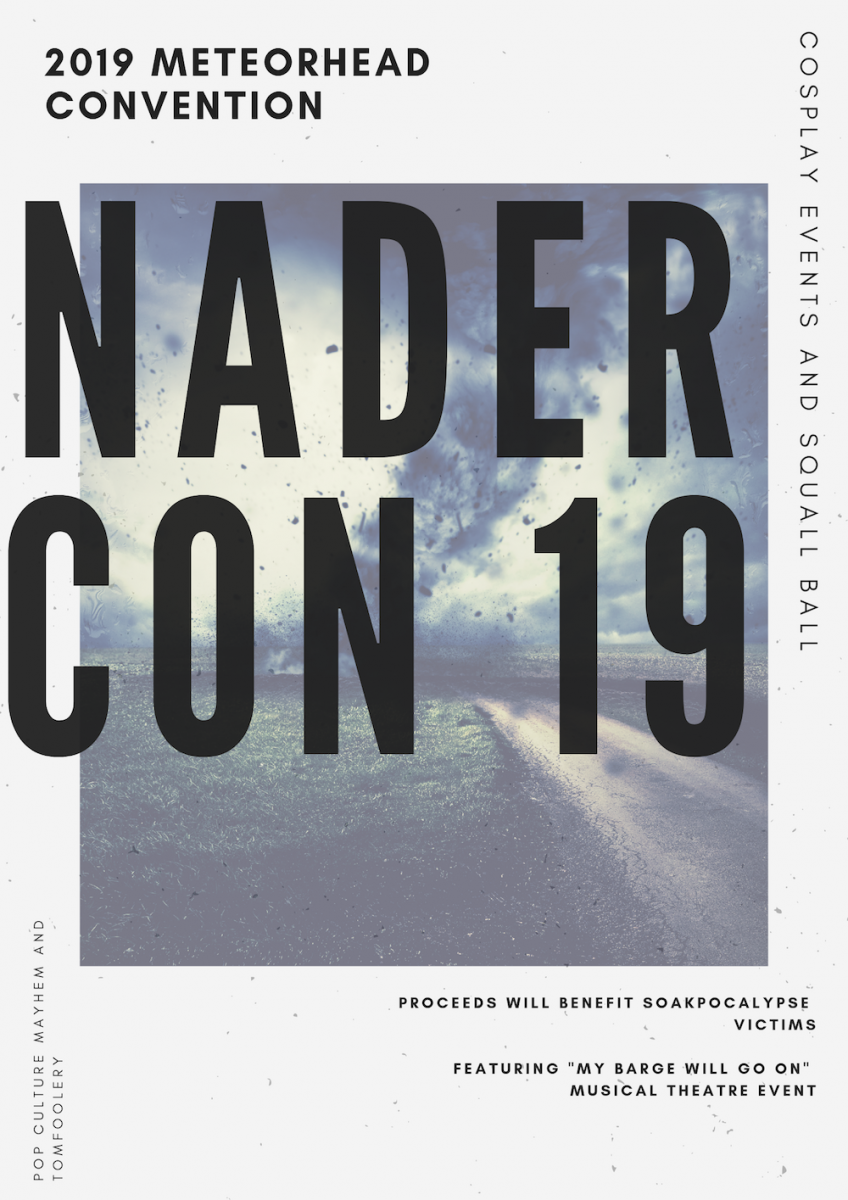 But until then, here are a few of the local and regional cons we’ve got coming up this year. Time to dust off the old Storm Trooper pants, kids. I tried to include everything within a four-hour drive. Please let me know if I missed any in the comments!

Get a jump start on convention season by driving out to Norman this weekend. Located at the Norman Embassy Suites. Nana Visitor will be there this year, and I’m having serious FOMO because I will be in Texas this weekend for something very special I’m writing about! They’ll also have loads of fantastic events and workshops on writing, gaming, and much more. But don’t worry, kids. I’ve already got plans to check out this rad convention next year.

Arlington Public Library hosts a free one-day pop culture convention every year. You won’t get the full experience of attending a three-day event with panels and celebrities, but if you’re looking for a chance to dip your toes in the cosplay pool, this is a great place to start, and Arlington is only about a four-hour drive away.

Located in Bentonville, this large regional anime convention features voice actors like this year’s guest Aaron Roberts along with cosplay artists and other talented folks from anime culture.

While you’re in Dallas for A-Kon, make plans to attend the North Texas Comic Book Show. This family-friendly event is the convention for fans of comic books, graphic novels, and superheroes. If you’re a collector looking for a special item, don’t miss this one.

Plenty of awesome fashion designers and cosplayers abound at Tulsa’s big anime and pop culture convention. If you make time for nothing else at this visually stunning convention, do not miss the cosplay contest.

Horror fans, this one’s for you. This is an absolutely epic KC convention with a soft and gooey center. The event features many fantastic actors including Aqua Teen Hunger Force Master Shake Dana Snyder and supports several charities including local animal shelters, backpacks for foster children, and Wands for Wildlife, an adorable charity which collects clean, used mascara wands to repurpose for grooming rescue animals.

For my money, furries are one of the least understood and appreciated fandoms, but I’m here to tell you they’re awesome. Hang out amongst the plushen folk at this fun two-day convention just outside of Dallas.

This incredible LEGO fan convention features professional LEGO artists, completely bonkers LEGO displays to blow your mind, minifig merchants, and of course, hands-on LEGO play. It’s just a short drive down to OKC, and while you’re there, you can check out some of my favorite museums.

Gamers of the world, grab your energy drinks and unite! This four-day convention celebrating the 25th anniversary of DOOM in Dallas will include developer panels, demos, tournaments, and a massive LAN party.

This Dallas sci-fi expo features several actors from the original Battlestar Galactica among their many guests. There will also be a full-scale replica of a Colonial Viper that I would love to get a picture with.

If you’re a horror and Halloween buff, Texas Haunters Convention is a Halloween convention that’s geared toward both Halloween industry pros and fans. You’ll find celebrity guests like one of my favorite YouTubers Mr. CreepyPasta, film producers, and cosplayers, along with panels, a haunted house show, and more.

Potterheads of the Muggle and Magical ilks alike gather to celebrate the Potterverse in Dallas for this event. Several Harry Potter-themed bands will be there as well as a wand choreographer and many panelists. There’s also a family day complete with crafting and a costume parade for the younger wizards among us.

World Fandom presents this four-day pop culture and anime convention. The name is a little misleading as this large event is very inclusive of all kinds of pop culture fandoms more in line with Tulsa’s Pop Culture Expo than most exclusively anime conventions. Expect video theaters, gaming, industry panels, fan art contests, and an epic dance. This convention stands out for other reasons, too. Several main guests are anime animators and producers. The convention hosts a blood drive and a charity auction and offers a quiet library for guests to get out of the chaos, making it one of the most neurologically inclusive conventions around.

This growing festival has been picking up speed since it was started nearly 15 years ago. Their impressive guest list features anime voice actors from some of my kids’ favorite shows including My Hero Academia and Pokemon.

Fans of furries, Tulsa is finally getting an official fur con!! Keep checking my blog as I’ll be interviewing the promoters for a future post. So far, they’ve booked YouTuber Stormi the Folf and freelance artist Cintrinelle, scheduled a dance competition, and lined up some great panels for the weekend.

Although they haven’t started announcing their guests yet this year, Wizard World always has incredible guests, panels, and events. This is one of the longest-running conventions in the region and is sort of a pop culture smorgasbord. They’re moving to the Renaissance Hotel and Convention Center this year, which will be a fantastic space for panels and exhibits. Do not miss.

If you are a real go-getter and want to drive the four hours to Little Rock in between Wizard World events for the ultimate cosplay fix, you’ll get a chance to meet Xennial icons/Goonies Sean Astin and Jonathan Luke Ke Huy Quan and two of my favorite people, Kevin Sorbo and Denise Crosby.

This is a free pop culture and cosplay event sponsored by Stillwater Public Library. This year’s guest of honor is Godzilla expert William Tsutsui, and the event will feature guest panels, cosplay events, tabletop and video gaming, and more.

This multi-genre pop culture expo, previously known as Animania, looks incredible. Most of the guests are still TBA, but you can expect incredible cosplay backdrops for photo ops, gaming, a dealer room, artist alley, and a mid-con scavenger hunt.

If you’re into tabletop gaming, don’t miss this board game convention like we are, which is entering its second year and continuing to grow. Guests include game developers and podcasters. There will be game tournaments and you’ll have a chance to play and try out tons of tabletop games.

If you or your older kids are into the paranormal, it might be worth the drive to visit Little Rock and sit in on some panels about subjects like cryptozoology, UFOs, and ghost hunting. A weekend pass is only ten bucks and kids under 12 are free. Salt and iron not provided with the cost of admission.

While not technically a convention, this furry-centric camping event raises money for Knight’s Rest Retreat Inc., a charity which supports families faced with life-threatening illnesses.

This incredible family-friendly convention was easily my favorite thing we did last year. Incredible guests, tons of activities, and fantastic gaming are just a few of the highlights. Learn more about this event in my last year’s post-convention wrap-up.

SpectrumPink is putting on this paranormal and horror convention to support autism acceptance and job creation for neurologically diverse individuals. 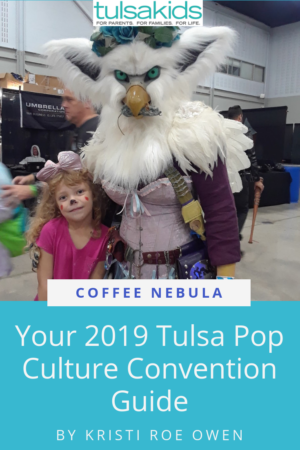