Singer/Songwriter Aubree Garcia won the People’s Choice award at the 2021 Battle of the Bands. 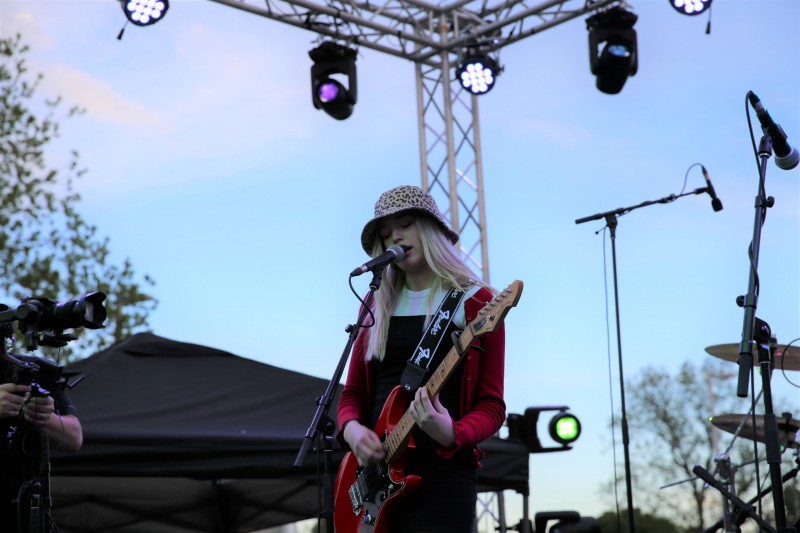 This April, Tulsa teen, Aubree Garcia, turned passion into profit with her award-winning performance at the Community Food Bank of Eastern Oklahoma’s Battle of the Bands. The 15-year-old guitarist received a beautiful cherry red Vox Bobcat V90 from Tulsa Band & Guitars, one of the event’s sponsors, for her “People’s Choice” award. It was the first time Garcia had played her own material in public. It won’t be the last.

“I was a little nervous, but as the songs went on, I got more comfortable being up there,” she says. “It was really fun, and I had a good time. It just made me realize that’s what I want to do in the future.”

Garcia first picked up an instrument in fifth grade. Her grandmother gave her a toy ukulele, but Garcia quickly realized what she really wanted was an acoustic guitar. Lessons soon followed, along with a respectable cover of the Beatles’ classic, “Help.”

Several guitars later, Garcia discovered she had a taste for punk and an admiration for female-led bands like Canadian heavy metal outfit, Kittie, or British rockers Siouxsie and the Banshees, as well as strong female artists like PJ Harvey.

“Ever since I was in fifth grade, I had this hatred of Top 40. I just couldn’t listen to the radio, so I just regressed back into older music,” she says. “I feel like it has so much more heart in it. I know there are some amazing bands now that I listen to, but I just feel like this older music is different.”

Her retro musical taste extends to her growing record collection, which includes albums by Joy Division and Sonic Youth. It’s a generation-jumping array that would make any vinyl aficionado proud. Garcia prefers the medium to its modern digital counterpart.

For Garcia, music is not just a hobby, it’s also a way to connect to other people, whether by playing with other musicians, or simply commenting on someone’s concert t-shirt. It has also helped her get through the pandemic. She’s learned to use video chats for jam sessions, and songwriting has become a useful tool for expression during a challenging time.

“I feel like it’s been something to help me get my words out, a way to use my words more. It’s hard to explain. It’s just something that I love to do,” she says. “I’ll just pick up a guitar and play something really quick and build on it. I can sit there for hours doing that.”

Garcia, who believes music will be a part of her life forever, is looking forward to the next opportunity to play in front of an audience. She encourages other young musicians to give it a try, too.

“It’s a cliché, but just try to really not care what people think,” she advises. “If you want to go out there and freaking go crazy, then do it, because you know you only live once. It will be an awesome experience, and people will love it. Never give up on your dreams.” 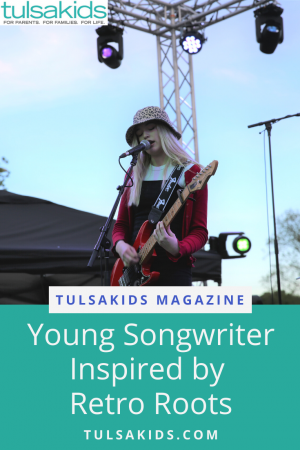