Why I Still Believe in Public Schools:

Public schools are an investment in society and our kids

It’s no secret that we’ve had a lot of problems with school. Public schools are resource-starved, and when you have a kid whose learning and social needs aren’t well-suited to the traditional model, school can end up being very trying.

When I was a kid in school, I hated school and dreaded going, so it’s hard for me to fault my kids for having the same feelings today. The entire system seems to run counter to the modern values of creativity and independent thought that accompany the most successful adults.

Perhaps this is why so many parents are turning in desperation to charter schools or even homeschooling through programs like Epic. Many among my Facebook community encouraged us to consider Epic when we were struggling to find a place that worked for Noah. But as an individual with autism, Noah needs more daily support and services, not less.

For all their flaws, I still believe in public schools, and I worry that the push toward nontraditional schooling options is encouraging a system that will leave the struggling class behind. A great many working class people can’t provide transportation, or even if they can, getting their kids to school is already tough for millions of Americans between working full-time and managing other responsibilities.

For three years, I worked at Union Schools–in part, so my kids could go to school there and have a better opportunity than I thought they would have in our local school. The pressure to transport the kids around my work schedule was so intense that it pushed our entire family to the verge of tears regularly.

There are a few Tulsa charter schools that provide transportation, but upon looking into them, I learned that both autism and gifted/talented are areas of growth–that is bureaucratspeak for “not their strongest points”–for them as well. So for now, our kids are at the option that’s available, and I’m okay with that. I’d rather work toward making what we have better than support the push toward privatizing schools or defunding public education.

I do think it’s great to have options for alternative education. After all, my own experience in public school was that of a gifted student who failed my English classes until I ended up getting placed in a private school where I could study independently, writing guided essays about post-apocalyptic literature and going on to be an above-average college student.

I have friends with children who suffer from debilitating social anxiety and benefit greatly from being able to work independently at home.

I’m tremendously fortunate to have a job now that allows me to be available for my kids during the school day now because I work remotely. Every day, I walk to my kids’ school to pick them up at the end of the day–exactly a nine-minute walk according to Google maps. 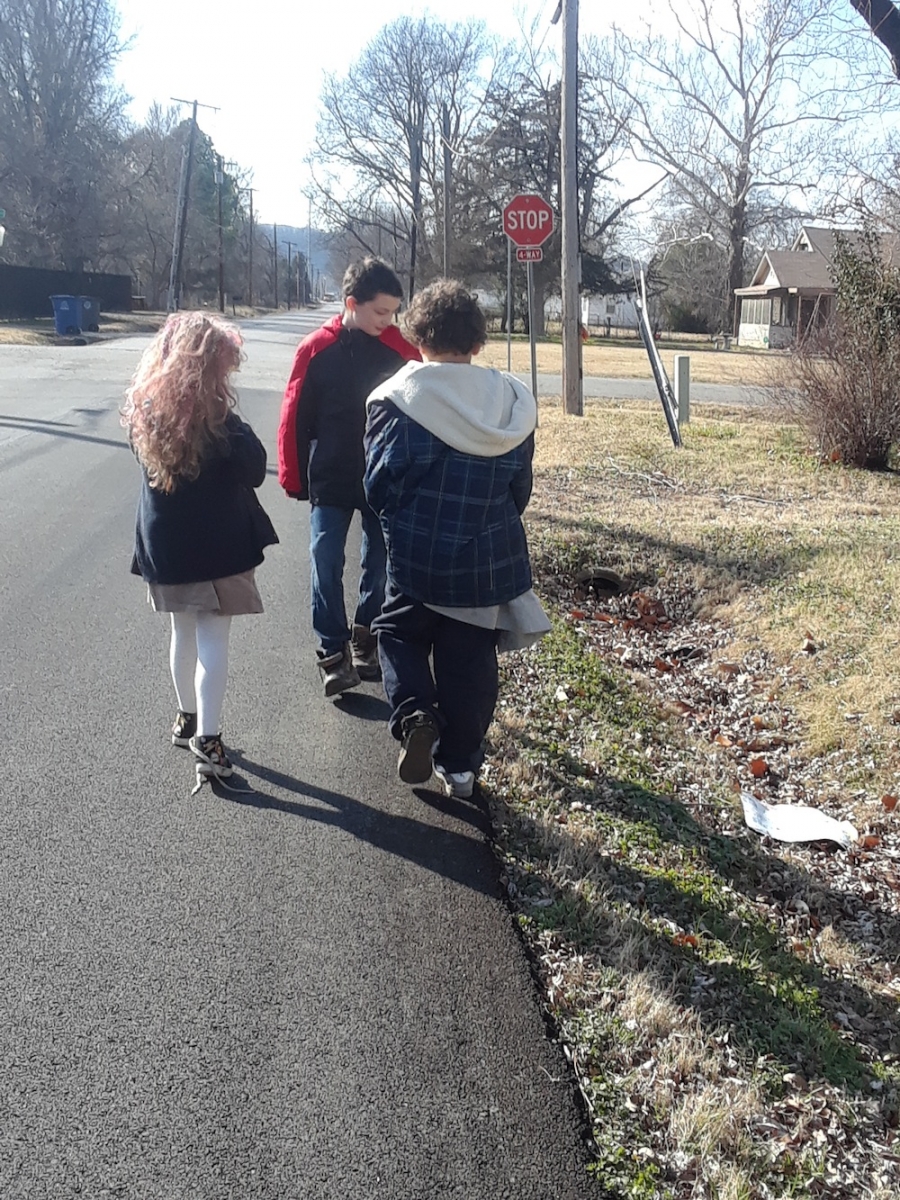 Every day, I walk into the school and say hello to Lucy’s teachers and friends and then meet Arthur and the kids’ best friend Dymitri on the way out. I listen to Lucy talk about what they’re learning and complain about how this kid was mean to her or that one picked on another.

I listen to Dymitri and Arthur groan about how tough one of their teachers is and how this kid wanted to fight that kid. Sometimes in a moment of frustration, Arthur will beg me to homeschool him every now and then because he just doesn’t have that much in common with most of the kids his age–they’re into Marvel movies and sports and showing off the filthy insult they just learned because they’re in fifth grade. He tells me the kids constantly ragging on each other wears him down, and he can’t focus because the classroom is so loud.

But I want the kids to hang on for now. I want them to stick it out. I want them to work with what they’ve got and learn to live with people they don’t always get along with. I don’t want to take away all of their struggles because that’s part of their learning experience as much as learning fractions and circumferences and whatnot.

Beyond the fact that I’m not equipped to teach them anything besides English and maybe political science and the fact that I have my own workload without adding three kids in the mix, there are benefits to neighborhood schools I’m worried we’ll lose if we give up on them.

Even with all its shortcomings, I’m glad the kids are in public school, and here’s why.

1. Community relationships. When the kids were going to school at Grove, they struggled to maintain good friendships with classmates. Most of their friends from school lived at least 15 minutes away from them, and with both of us working full time, it was rare if ever that we got together with them. Even with Noah in a program that he busses to, he’s aware of what’s going on in his local school thanks to Arthur and Lucy.

We attend events at the school, and the kids see and know other kids in the neighborhood. When we’re at the grocery store, they wave and say hi. These are kids with similar socioeconomic backgrounds to our kids, and having those connections is important for kids who don’t have a lot of financial resources because they don’t believe they are less valuable despite having struggled. They have a sense of pride in their community and kindredship with their neighbors that they would have missed out on going to a school across town.

2. Social interactions. It’s easier to get by with less in-person interactions these days, and in the adult world, it’s not uncommon to come across an individual who doesn’t interact with other people in the flesh these days. In my job, for example, I communicate almost completely digitally. I have found I have to force myself to go out and do things and interact with people or I get too comfortable living in my own head.

All of the social interactions kids are exposed to in their local schools are helping prepare them for the complex interactions of the adult world. The real world is full of moving parts and people we don’t always understand or get along with. It’s good for the kids to have to learn to navigate difficult interactions, and it’s also good for them to have friends they see every day.

3. Different perspectives. Going to a public school gives kids a chance to be exposed to a wide range of worldviews, which is important for developing adults that are good citizens. One thing I learned from all my time teaching writing at TCC is that no matter how hard a teacher tries to remove bias, it’s impossible because thought is filtered through language, which is naturally biased.

But that’s okay because each teacher brings a different worldview to the table of our kids’ experience. I love that my kids are growing up to be critical thinkers, and I don’t want to simply infuse them with my own worldview. I want them to be exposed to new ideas and question everything.

I also like that they’re in class with lots of students who have different backgrounds from their own. It’s good for kids to learn to respect and appreciate different religions, cultural experiences, neurological diversity, ethnic backgrounds, ideological perspectives, and other differences. In my experience, the first step to respecting others and perceiving one’s own relationship with privilege is making individual connections with people from different backgrounds.

4. Sense of self. Part of going to a public school is learning who you are in relation to others. That’s in relation to teachers and a system that doesn’t always fit you. In relation to students who you don’t always get along with. Fifth graders especially are constantly pushing the boundaries of what other kids their age will accept, and I’ve noticed this year that Arthur is much stronger in his sense of self for it. Arthur is an introvert, and there was a time when he would retreat inside his own head and shrink away from direct engagement, but we’ve encouraged him to be assertive. He’s getting plenty of opportunities to practice this in school. 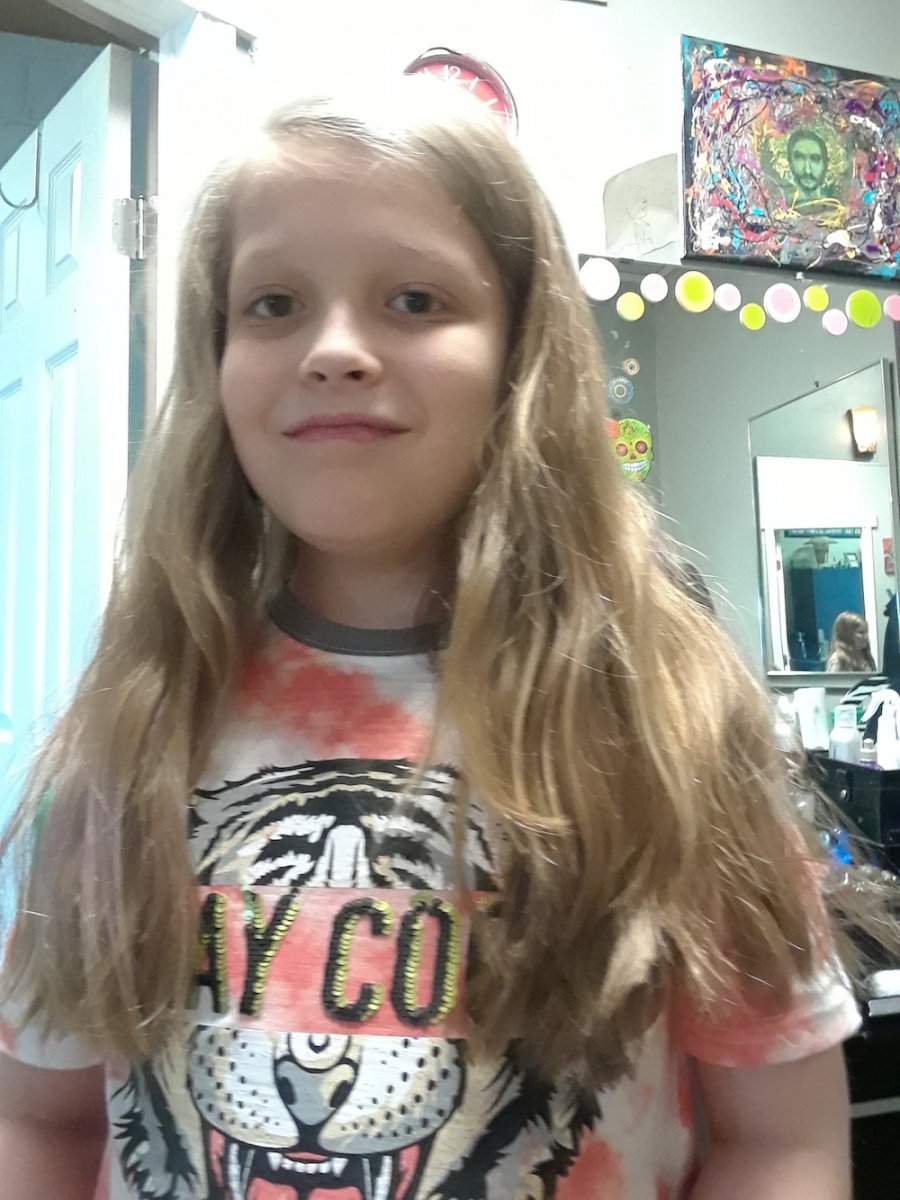 Arthur has told me many times that kids give him a hard time about his extremely long hair, but when I took him to get a haircut, he wanted to keep it long. He loves Pokemon, which the other kids are trying to distance themselves from so they don’t seem like they’re little kids, but Arthur knows that adults regularly embrace fandoms fifth graders feel embarrassed by. From his perspective, the other kids are getting used to him, and he’s willing to wait for that to happen. He told me there was a student in class who kept hassling him about how another kid wanted to fight him, which Arthur knew wasn’t true. Finally, in frustration, Arthur looked at the other kid squarely and said, “Why in the hell would I want to fight anyone?” And that was the end of that.

I believe the benefits of public schools make them one of the best investments of the modern age. Free public education is one of the most equalizing forces in our society, and it’s an investment in a better future for all of us.

What do you love about your kid’s school? Leave me a comment below, and have a beautiful week. 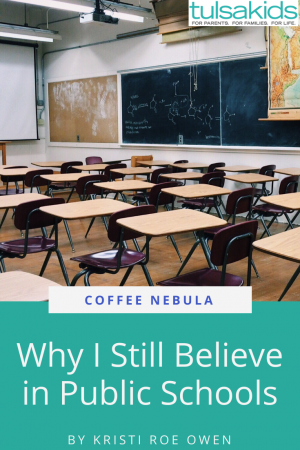