Despite pleas from the community, the school board voted to close Gilcrease Elementary.

At the last TPS board meeting, members voted to close Gilcrease Elementary School in north Tulsa. The plan is to move those students to Bunche (formerly ECDC), creating a k-5 school. Superintendent Gist says the move will give Gilcrease Elementary students a more appropriate elementary school building (Gilcrease was a former middle school), eliminate the need to replace the HVAC at Gilcrease, create fewer transitions for students and provide consistency throughout TPS. She also said that both schools have low enrollment.

Teachers, parents and community members spoke eloquently and passionately against closing Gilcrease. Some just begged for more time to prepare students for the move. Several speakers said that Gilcrease’s HVAC works fine. Gist herself later noted that the landscaping would be maintained at the closed Gilcrease building and the heat and air would be kept at a temperature that would preserve the empty building. In fact, she said the only way that people would know that the school was empty would be that no cars would be in the parking lot. (Well… there’s that. And no students.) So, if the HVAC needs to be replaced, wouldn’t it need to be replaced to adequately maintain the empty building temperature?

A Gilcrease teacher noted that with the addition of Gilcrease students, Bunche would be nearly at capacity on day one. She did not factor in that the sixth graders would not move to Bunche, but the combined student population still leaves Bunche with little wiggle room.

The financial and academic efficacy of combining the two student populations can be debated, but the human and emotional toll on a neighborhood, on a community, cannot be ignored.

North Tulsa community members and parents pointed to the previous school closings of Project Schoolhouse. Many said they felt overlooked, disregarded and ignored. And had felt that way for generations. One speaker said that the board should remember that they work for the students/community, not for the superintendent.

There was a question as to what would happen to Gilcrease. Superintendent Gist said that she has heard that a “nonprofit entity” or a “school” might be interested in the building, but she stated that she had no personal and immediate knowledge of that interest.

Will Gilcrease be the next KIPP site? It’s interesting that the current KIPP school has moved “temporarily” to west Tulsa, but serves north Tulsa students. What will be its permanent address? It’s worth noting the NAACP’s position on charter schools.

Whether or not it is morally or practically “right” to close Gilcrease Elementary may depend on how you look at the action; however, it does go against the explicit recommendations of the North Tulsa Community Education Task Force, which was organized by Superintendent Gist and Board Member Jennettie Marshall. Did Gist even read the recommendations?

The North Tulsa Community Education Task Force’s final recommendations include a moratorium on school closings, a limit on charter school expansion (even while acknowledging that charters will likely continue in the district), and the last point: “The rationale is to recapture the human resources that would rebuild a high quality neighborhood public school option. Current data reveal a trend of students rotating back into their home school after the Oct. 1st count and prior to state testing. Since charter schools have not been able to meet the need of students, we want the opportunity to reclaim treasured and valued neighborhood children.”

Jan Resseger wrote a provocative piece about school closings last month.  If you’re unfamiliar with Resseger, she is a public school advocate, and chaired the National Council of Churches Committee on Public Education for a dozen years.

Resseger quotes from “Ghosts in the Schoolyard,” by Eve Ewing, a book about school closings in Chicago’s Bronzeville neighborhood.

“Understanding these tropes of death and mourning as they pertain not to the people we love, but to the places where we loved them, has a particular gravity during a time when the deaths of black people at the hands of the state—through such mechanisms as police violence and mass incarceration—are receiving renewed attention. As the people of Bronzeville understand, the death of a school and the death of a person at the barrel of a gun are not the same thing, but they also are the same thing. The people of Bronzeville understand that a school is more than a school. A school is the site of a history and a pillar of black pride in a racist city. A school is a safe place to be. A school is a place where you find family. A school is a home. So when they come for your schools, they’re coming for you. And after you’re gone, they’d prefer you be forgotten.” (Ghosts in the Schoolyard, pp. 155-156)

The impassioned pleas to keep the school open, and the tears shed at the TPS School Board meeting over closing Gilcrease Elementary were the tears of a community.

The school closures in Chicago, as described by Ewing, and in Philadelphia, as described by Resseger, were top-down decisions made as part of  “a management theory called portfolio school reform”…where “the district manages traditional public and charter schools as though they are investments in a stock portfolio. The idea is to launch new schools and close low scoring schools and schools that become under-enrolled.”

To me, this is a heartless, and ineffective way to treat children, teachers, families and a community. Underfund the school, promise resources that never materialize and then close them when they “fail.” There will always be those in the lowest 5 percent and those in the highest 5 percent and most in the middle. So, if you follow this model, there will be constant churn. The model, as evidenced in New Orleans and Denver (portfolio models), has not lifted up Black or Latinx children. There’s always that pesky lowest percentile…

Reasons cited for closing a school typically include the idea that combined resources and concentrated dollars will ultimately provide a better, higher quality education for students; this is not supported by research.  Research on school closings, as in this policy brief by the National Education Policy Center, concludes that closures are “a high-risk/low-gain strategy that fail to hold promise with respect to either student achievement or non-cognitive well-being.”

Students don’t do better academically, and they often struggle to adjust to their new school environments. The authors of this particular study also find that school closures “fail to deliver promised cost savings” because of the “hidden costs” related to transportation, “mothballing buildings” and “renovating receiving schools to accommodate additional enrollment.”

Public schools (I don’t include charters as public schools) are a democratic institution that give children a hopeful future. Rather than letting them die, communities should be fighting for them and making them stronger. I was so inspired by the speakers at the board meeting. If only those in power would listen. 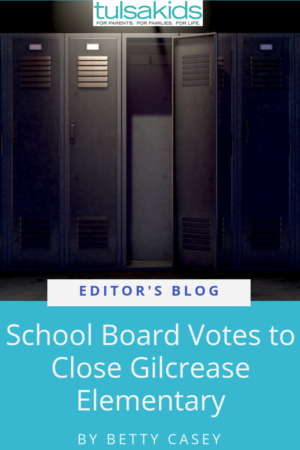