When it comes to divorce, two is better than one. 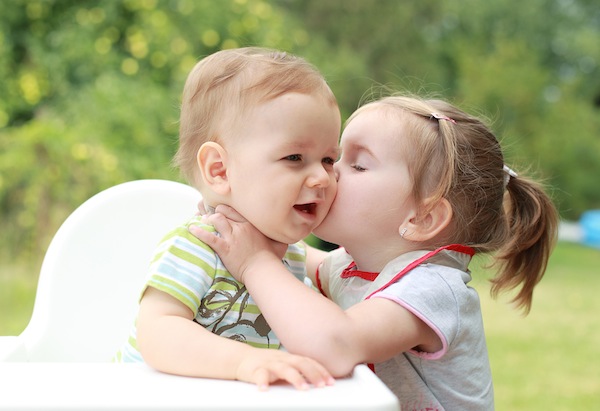 Last week I wrote about being outnumbered as a single parent and how I thought having an only child might be easier. This week I’m presenting the advantages of having more than one child as a single parent. Of course, these are only my opinions derived from my experiences. I’d love to hear other people’s opinions and views!

Most people have heard the old debate of nature versus nurture. If you have more than one child you know that kids are born with a temperament and we may help mold it but we will never totally change the innate temperament. My oldest daughter was a dream baby, easygoing, a good sleeper and a happy personality. I’m chagrined to admit I honestly attributed her personality to my mothering skills. I now laugh at my own naivete’. Because I was such an amazing mother (insert sarcasm), I decided to have another child immediately and a brief 15 months after the first child, my second daughter was born. This poor child had ear infections, colic, sensitive skin and projectile vomiting. She rarely slept more than an hour at a time and was often fussy when she was awake. My world went topsy turvy and along with it, my parenting bravado.

My own mother commented that she was so glad I had two kids or I would have been one of those smug, self- righteous mothers. Gee, thanks Mom. Even though my mother’s comment was a bit brutal there was some real truth in it also. If I had stopped at one child, I wouldn’t have realized that my parenting abilities had almost nothing to do with whether my babies were fussy or calm. Having two kids helped me be a bit more realistic in my parenting strengths and limitations. I did my best and loved them totally but I couldn’t take all the credit for the good behaviors or all the blame for the tough times.

When their father moved out before their second and third birthdays, I quickly realized survival as a single mother with two preschoolers was going to require organization and routine. With just one child, I think it might have been too tempting to forego structure and just fly by the seat of my pants. My basic nature is not oriented to structure and discipline. Ok, let’s be honest, I can easily lapse into lazy and messy but with the chaos two little ones were capable of producing, I kept those qualities in check. Most of the time.

I also think having more than one child forced me to establish our roles more clearly. Maybe it’s something about my easygoing attitude but I suspect if I had an only child it would have been my tendency to be more of a buddy and let the parent-child lines blur. With two kids, I realized the inmates outnumbered me and could easily stage a coup. It was essential to maintain clear cut parent-child roles.

The biggest positive in having more than one child was the strong bond between my children. During visitation weekends, they took care of each other and were an emotional comfort to each other. They provided a sense of “home” to each other even when away from home. They had a partner and confidante to go through the ongoing changes in their lives caused by divorce, visitations, remarriages and step siblings. As one of my daughters said, “we’re so close because no one else could really understand everything we’ve been through.” Observing their relationship remains one of my favorite things about parenting.