What’s Behind a Tulsa School Board “No” Vote?

Sometimes it’s helpful to ask questions, especially to those who may have a minority point of view. That view is often unheard, but can be enlightening. When the Tulsa School Board voted to renew Dr. Deborah Gist’s contract last week, after voting for a two-year extension in June, I was curious as to why only one board member voted “no” on renewal. Jennettie Marshall was the only dissenting vote, so I talked with her about why she chose to go against the majority of the board. 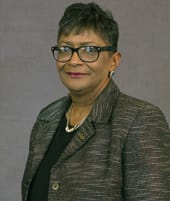 “Some people may feel that I have a personal issue with Dr. Gist or other board members,” Marshall said. “I just want to clarify that I do not. My mantra is to do what’s right. The district is in turmoil and it has issues that need to be addressed. Those issues outweigh the issues of extending a contract. If we don’t educate our children, we’ll pay for it later. Let’s equip them for success and not making license plates.”

Ms. Marshall says that under Superintendent Gist, the district is losing students, losing teachers and continues to be noncompliant in serving students on Individual Education Plans (IEPs).

“I base my position on the current state of affairs, pre-COVID19,” Marshall said.

On September 18, Marshall met one-on-one with Dr. Gist to discuss the current situation at TPS as well as the future. According to Marshall, the meeting was positive and cordial and her vote against extension reflected no animosity toward the superintendent.

Rather, Marshall feels that now is not the time to renew a contract that had just been extended in June 2020 for two more years. “She is guaranteed a job,” Marshall said. “In light of what is happening in our district, now is not the time to consider an extension. Children are reading at a less than proficient level. They’re barely functioning. They’re graduating on a third-grade level. How can they be ready for college or work? How can they even complete a job application?”

Marshall said that voting for a contract renewal after the previous two-year extension would make it more difficult for the board to take action should they decide to do so.

“If we continue to not address the issues,” Marshall said, “if we accept the increase of a couple of percentage points (in third-grade reading scores), then the ones who suffer are the children. They are the consequences of neglect.”

According to TPS data, the percentage of students who are proficient in both reading and math in all school board districts from 2018 to 2020 is relatively flat. Essentially no change.

Parents need to look at what “proficient” means. It depends on where the district sets the bar and what measure they’re using. Are standardized tests even a valid way to measure a child’s ability? And are standardized test scores and education the same thing? But that’s a blog for another day. Here’s one perspective on that by educator Peter Greene (originally posted in Forbes): http://curmudgucation.blogspot.com/2018/10/is-big-standardized-test-big.html

Decline in enrollment is another serious issue to Marshall. In 2017, the district had approximately 46,000 students, Marshall said. “Prior to COVID, we declined to around 39,000; then COVID hit in March and we’re down to 31,000, which includes charter schools, so it’s actually lower.”

Marshall fears that if students don’t return to the district when they reopen in person, then more schools will be shuttered for low enrollment, which has been the history at TPS.

Parents with students on IEPs have told Marshall that TPS has refused to provide the educational quality and value that they expect for their students. When teachers don’t have the training to understand how to deal with a child in trauma or one on the autism spectrum, for example, it can have dire consequences. The untrained teacher may do something that triggers the child, leading to a cascade of harmful actions.

“IEPs are not adhered to and are outdated,” Marshall said. “The state cited TPS for our IEPs being out of compliance. I have no problem with TFA and Teacher Corps, but if they don’t have the training and academic background to sit down with a team or put a team together for IEPs, the children lose. Site leaders can be outstanding mentors for untrained teachers and they can become good teachers, but TFA, Teacher Corps and emergency certified teachers often don’t have the background and foundational guidance to handle IEPs, and the students lose. We can’t afford that.”

Marshall is also concerned about high school graduation. What do students know when they walk across the stage and who is being allowed to walk?

“Children who haven’t completed their graduation requirements are allowed to walk across the stage with the understanding that they will fulfill their requirements,” she said. “They walk across that stage and they keep walking to whatever destiny they have for themselves and they keep walking. You would think that when you see 145 students walk across the stage that a school is doing great. It’s not doing great. A large majority of those students may never go back and complete their requirements. They aren’t getting what they need, the support systems they need. Does the child even have the maturity to understand what it means to walk across the stage and what they need to do to come back? That’s setting them up for even greater failure. Some of them need more than one or two credits. Some of them are looking at a lot of credits.”

“Dr. Gist is not in danger of losing a job,” Marshall said. “She is in a good place. Our district is in turmoil and our educators are in turmoil. If we want to stop the district from being so divided, we have to understand that if what we present and what we represent are not coming together, then we have failed. When I’m making a decision, I consider the needs of the children above all. We become the predictor of the future; we drive the narrative.” 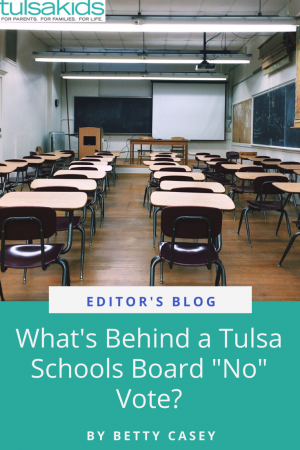