What Are You Training For?

I’ve been a runner for over 40 years, and people often ask me what I’m training for. If you know me well, you know I don’t wear a watch when I run; I don’t know exactly how far I’ve gone; and I don’t really know how fast I am. I feel like the Nike marketing folks stole my tagline: I just do it. If I have to think of anything in my life as “training for something,” I probably wouldn’t do it. Training sounds hard. It sounds like there’s an end to it, and my running is not training, nor is it done with an end goal in mind. I know too many people who had “marathon” on their bucket list and, once it was checked off, didn’t run again. 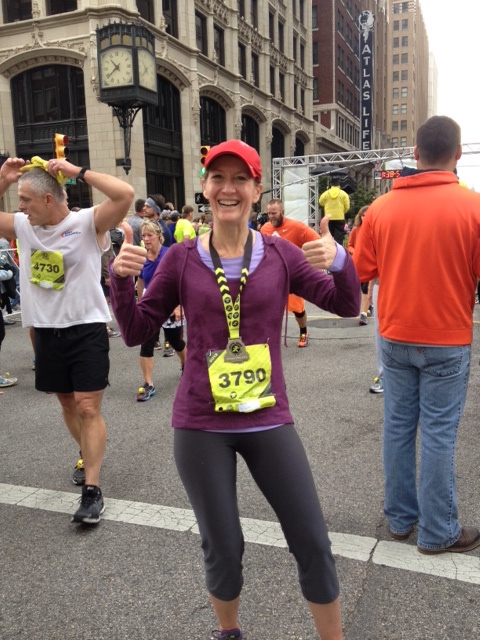 I’m thinking of this because I’m running my 26th Tulsa Run tomorrow. Those are not consecutive. I ran in the second Tulsa Run when I was in college and have done as many as I could since then. As I’m not a person who pays strict attention to time splits or training, I’m also not one to be intense enough to run a 15K when I’m nine months pregnant.

So, if I’m not in it to win it, what is my motivation? I enjoy running. I like being outside. It relieves stress. It gives me time to think and be alone; although, I do enjoy running with my groups (not dissin’ y’all!).

Over the years, I’ve experienced the exercise ebb and flow. There were the infant and toddler years when my husband and I did the early morning tag-team running. As my children got older, I continued to work in a work out. Sometimes the kids ran with me – the Zoo Run, 5K of the Tulsa Run and others. My adult daughters have run the 15K Tulsa Run with me several times.

My “training” used to consist of running at least seven miles a couple of times prior to the Tulsa Run. I just needed to know, psychologically, that I could do it.

I’ve never run a marathon because that would require some “real” training. I’m just not motivated to put in the time and focus, but I did run the Little Rock Half Marathon because one of my daughters wanted me to do it with her. It was fun and not hard.

Now that I have more time to run, I’ve logged more miles on a consistent basis, so I’m probably more prepared than I have been in the past. I don’t know. My pre-run-day lunch was Phat Phillies – gotta keep those calories up!

Whatever exercise you enjoy doing, try to carve out time to just do it. I can’t say that I’m always energized and motivated to get out and run, but once I’m out, I never regret that I did it.

The start of the Tulsa Run may be a little chilly, but I plan to enjoy my run! Hope to see you on the course. 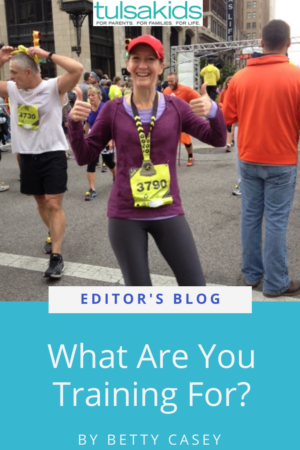