Those with TPS kids know all about distance learning Wednesdays. For Joss and I, it’s basically a day in the middle of the work week when he’s at home (watching too many cartoons) and I’m trying to get work done. But we try to get out of the house a little bit, so today we took an overdue trip to the newly-reopened Vintage Sewing Center and Museum. And let me tell you, this place is amazing! 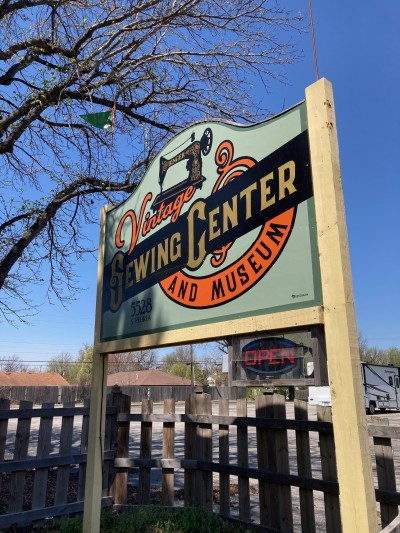 The museum has only been open about 4 or 4.5 years, and they’ve been closed for about a year due to the pandemic. I’d known of it for a while, just hadn’t ever paid a visit. So this seemed like a good opportunity! They are currently limiting admission to 12 people at a time, with hours Tuesday-Saturday, 12-6 p.m. If you love sewing, history, and/or unique opportunities for kids, add this to your Tulsa bucket list. Joss got in free (and got a free T-shirt!); my ticket was $10. 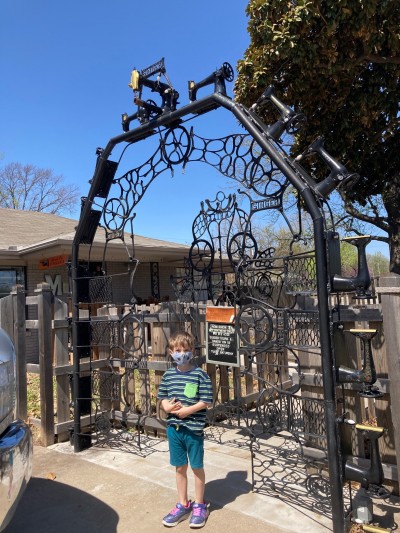 At the moment, they’re doing self-guided tours only. However, owner WK Binger was on-site and answered a ton of questions for us. He also told some very fascinating stories about the history of both the museum itself and the machines! For example, the museum houses one of the earliest embroidery machines. Only three of this type were produced. Two are in sewing machine museums in London and Australia. The third had been lost for thirty years. At some point, WK purchased the stock of an old sewing machine company that was going out of business. He saw an old embroidery machine among his new purchases. A church group had dropped it off at the shop and never returned for it. Although WK didn’t immediately know what he was looking at, someone on Facebook identified it as the missing machine! How cool is that? 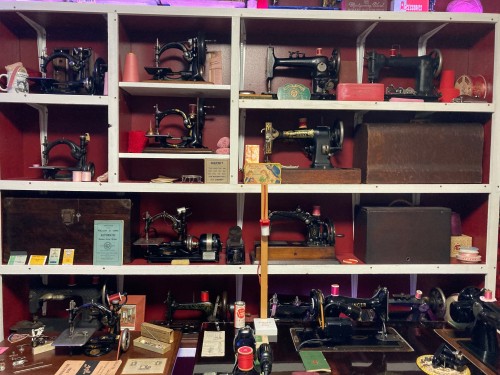 The museum itself is in an old home. Down in the basement is a massive embroidery machine, where they make shirts for the museum. It also houses a room full of German-made machines and other cool machines like an old book binder and a long one that used to make car upholstery. Also, there’s the kids room! 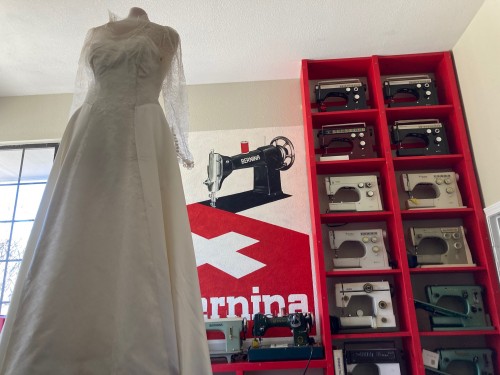 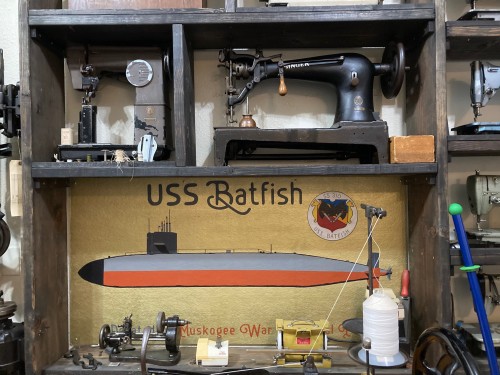 Because the museum just reopened, not all of the hands-on activities were set up. WK said that usually kids would be able to sit at at least one of the machines in the kids room and practice sewing. Joss got to pick out a free T-shirt that had been embroidered on-site. 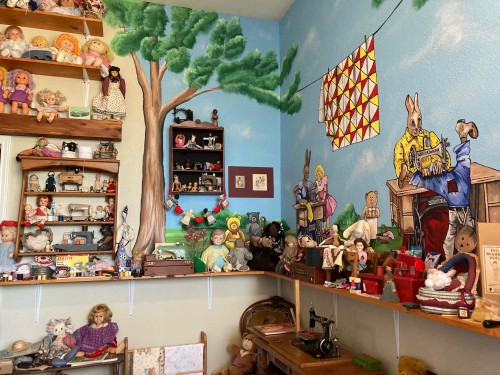 We asked about the toy sewing machines in the kids room, and WK said they are a good example of what not to get your kids if you want them to sew. He said that the plastic singer toy machines were so frustrating for kids, that a lot of kids probably grew up hating sewing thanks to those! Whoops. It reminded me of the plastic pottery wheel we got Joss, ugh. 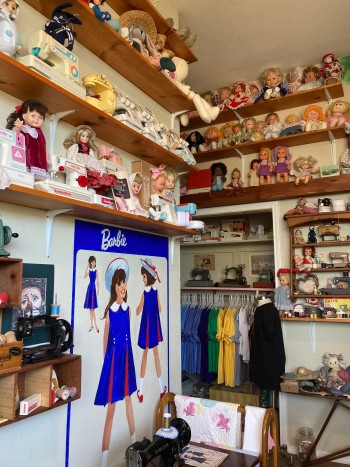 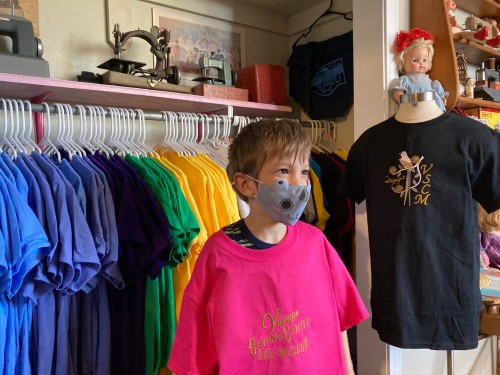 Joss insisted on the bright pink, very large T-shirt, and on putting it on immediately 🙂

We spent a lot of time in the “red room.” I think WK said he could give a 1-2-hour tour of just that room. While I learned more about the machines, most if not all of which were from the 1800s, Joss played with buttons and other odds and ends. Everything is very hands-on, and I was told not to try to stop Joss from touching things. WK himself can repair machines and is a welder and woodworker, etc. He said his main concern is just making sure kids don’t get hurt themselves. 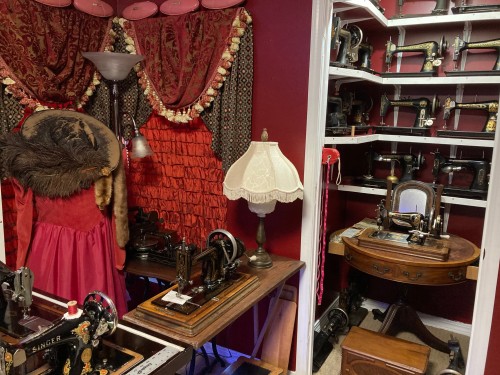 Other treasures in the red room include an old sewing machine from the Brady Mansion that was basically brand new, and an old record player that was donated by an elderly woman. When she was young, her parents bought the player as an anniversary gift. It broke the first night they used it, and no one was able to fix it. Decades later, she gave it to WK, who was able to weld a broken part. He brought the large machine to her so she could listen to it for the first time in all those years. It even had the same record in it that her parents had been listening to the night it broke! And we got to listen to it during our visit. 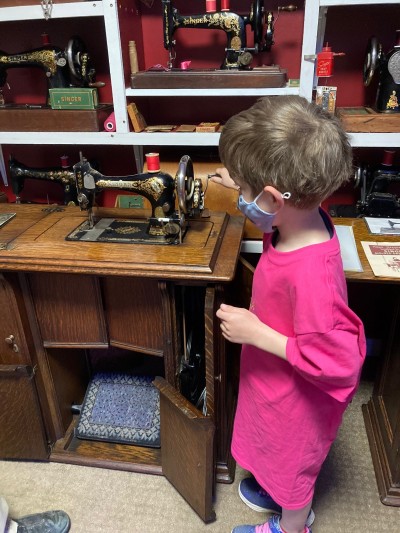 The Vintage Sewing Center and Museum will offer sewing classes again in the future for people of all ages. They’ve done a lot of classes for the Girl Scouts and also offer birthday party packages. The birthday parties sound pretty amazing, so call and ask about those if you’re interested.

Admission, which is just $10 for adults, include use of the sewing machines. You can bring your own projects to work on! And they have all kinds of machines. There’s a whole quilting room, leather-working machines, etc. A few of the machines have never been used. However, WK says that one thing he likes to be able to offer to young visitors is the opportunity to be the first to use a like-new vintage sewing machine. 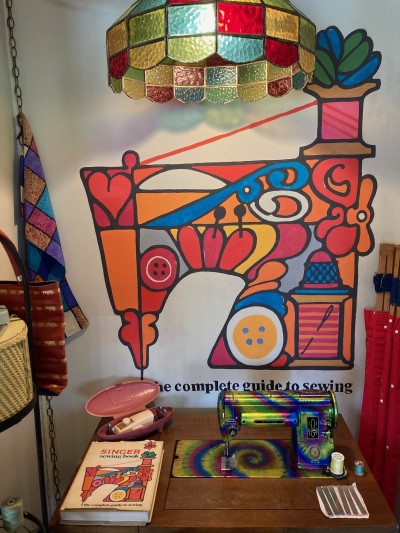 Some more pics, just for fun: 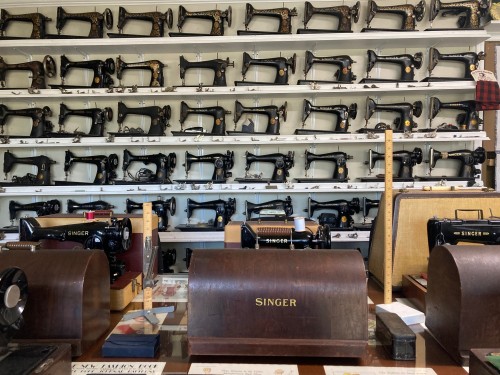 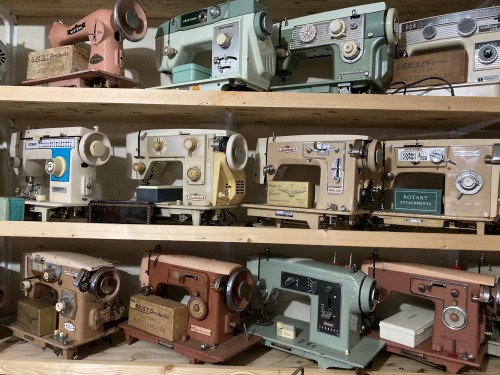 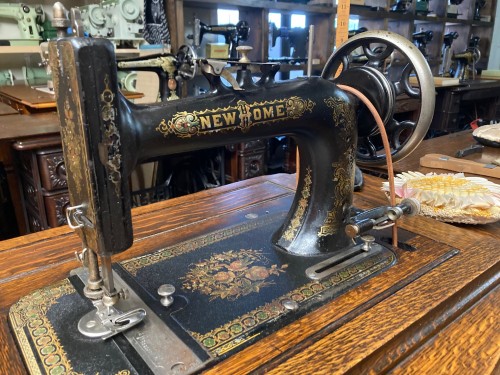 The vintage machines are so beautiful! 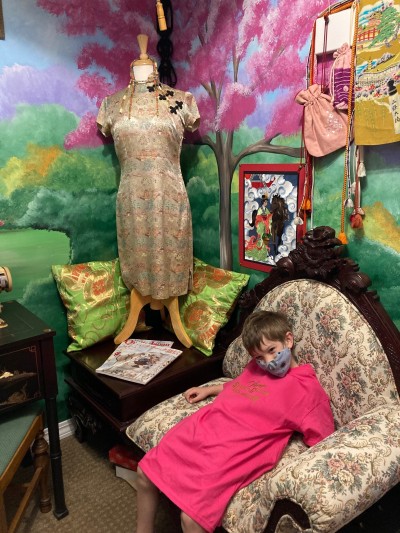 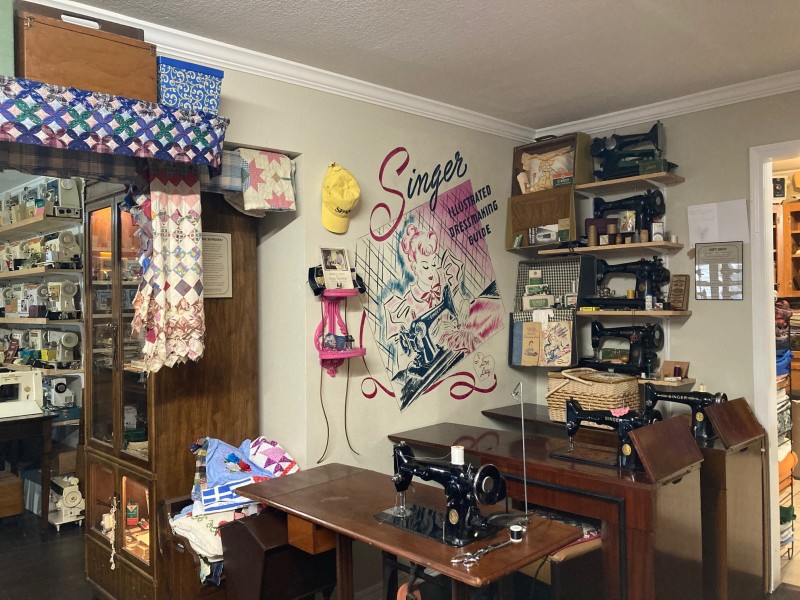 A TU art student painted the coolest murals throughout the museum 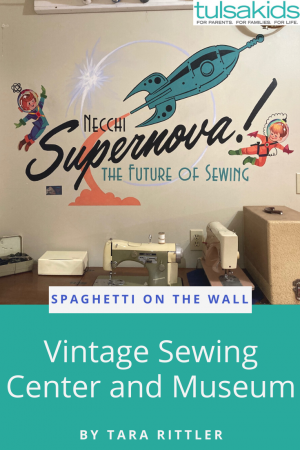