Virtual Trivia Night and a Shark Encounter with Oklahoma Aquarium

I recently got an email about a Virtual Trivia Night hosted by Oklahoma Aquarium. The cost was just $5, so I thought, why not? I haven’t done virtual trivia before, and it surpassed my expectations. There were a few technical difficulties at the beginning. Soon, however, everything was figured out, and we were ready for trivia! Long story short, I ended up winning a Shark Encounter at Oklahoma Aquarium! Read more about both below.

All the questions were centered around the aquarium’s Marvels and Mysteries section. This covered octopuses, eels, jellies, etc. The trivia took place on Zoom, with participants answering questions in the chat box. We couldn’t see each other, which was a relief to be honest. However, everyone was really encouraging and friendly in the chat box! Throughout the event, the aquarium staff members hosting the trivia shared fun, supplemental facts. You could really tell how much they love their jobs and the animals they work with! So it was incredibly educational and interesting! The trivia questions were geared toward adults, covering categories such as travel, music and history. 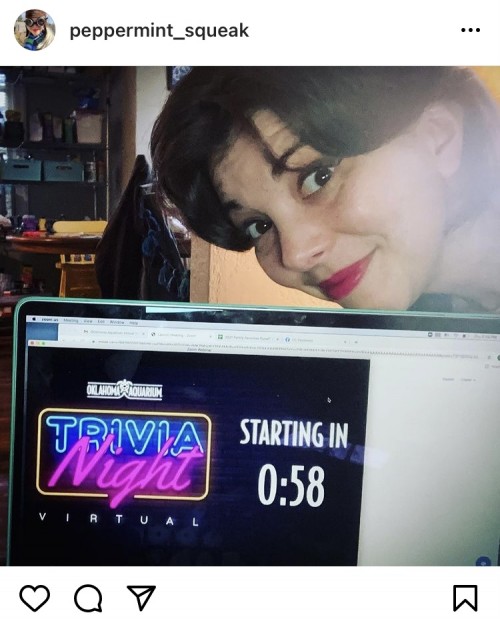 After a disappointing first round, somehow I ended up getting second place! I was a little nervous at answering publicly in the chat box and getting questions wrong at first, so didn’t jump in as soon as I should have. But once I got over that, it got easier. I don’t know if the Aquarium has upcoming trivia night events, but it sounded like something they hoped to do again in the future. If you get the chance, do it!

The Aquarium gave out prizes for first, second and third place. I ended up getting two admission tickets and a Shark Encounter and Feed Experience!

The Shark Encounter takes place in the Aquarium’s quarantine facility. First, we got to meet and feed two zebra sharks. They don’t have names – I asked. But there is a male and female shark. We fed the female because the male is a bit ornery. He tried to steal the female’s food a couple times. It’s pretty interesting because when it’s feeding time, they put two pole targets in the water. The female’s is orange and the male’s is black (if I remember correctly). They know which pole is theirs, so as soon as they’re in the water, they swim to their own pole to await their food. 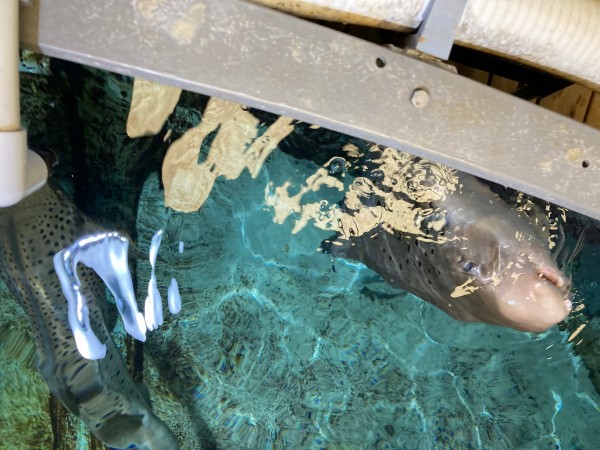 We fed the sharks fresh seafood using plastic tongs. You hold the tongs under the water next to the shark’s mouth, and she grabs the meat! Throughout, you have the opportunity to ask staff questions about the sharks – or anything else.

Following the shark feeding, we got to see the tank where juvenile bull sharks are kept. These are sharks found in a river (or lake) near Galveston, TX. The Aquarium has a permit for them. The sharks we saw will live in the tank for a few more years, until they’re large enough to go to the Aquarium’s main bull shark tank. We didn’t feed these sharks by hand! Rather, a staff member threw their food into the water, and we got to watch as they dove in! 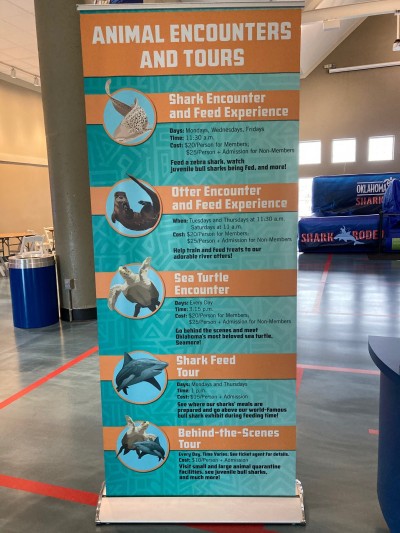 Of course, we had to explore the rest of the Aquarium before and after the tour. Joss especially enjoyed playing on the beautiful  playground for the first time. 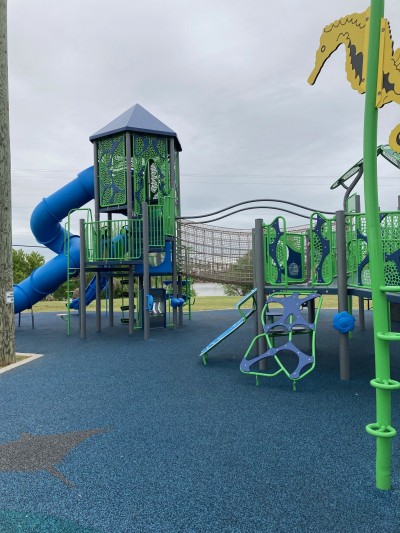 I was very tempted to give the mechanical bull shark a go. Joss wanted to as well, but he wasn’t tall enough. You have to be at least 48 inches, so maybe in a couple years! 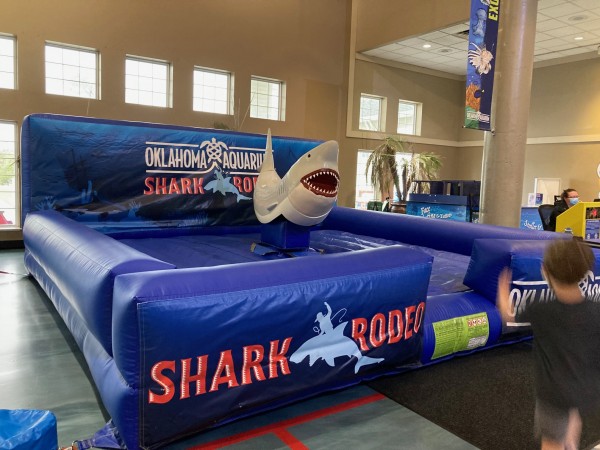 And of course, we had to say hello to all of our favorites! The moray eel even poked his head out to say hello! 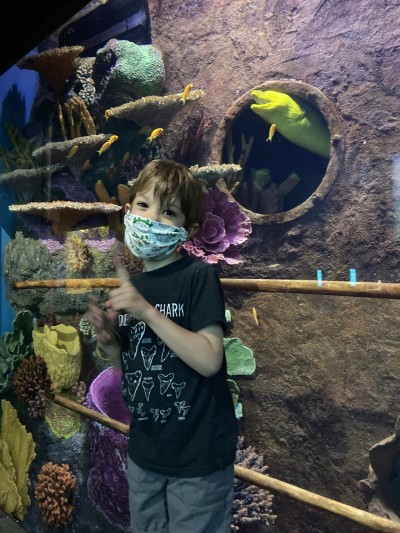 Oklahoma Aquarium is open 10 a.m.-6 p.m. Monday-Sunday, and an additional three hours – to 9 p.m. – on Tuesdays. No advance tickets required, but the special animal encounters do require reservations. Plan your next visit here. 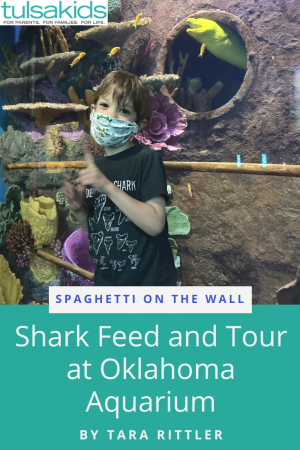