Don’t Know Much About AR and VR? Read This

What was once the domain of science fiction is now an integral part of everyday life for modern teens. Today’s adolescents literally have a world of technology at their fingertips. The ubiquitous smartphone in almost every teenaged hand is a million times more powerful than the giant computers that first guided humans to the moon. With the advent of virtual reality headsets like the popular Meta Quest 2 (formerly “Oculus Quest 2”), kids are exploring virtual worlds that Captain Kirk and the crew of the Enterprise could only dream about. 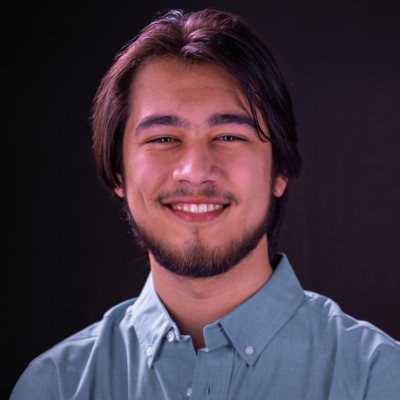 “Essentially, virtual reality is just taking somebody and putting them in a computer-generated world,” explains Jakob Rendon, an AR (augmented reality) VR (virtual reality) Game Developer for Tulsa-based Engine Room VR. “It could be anything from a learning environment at a school to a historical re-creation to educational things like touring a nuclear power plant or doing science experiments.”

Virtual reality has been around for years, but, until recently, the hardware required to experience it was bulky and prohibitively expensive for the casual user. With the arrival of consumer-friendly VR goggles, like Meta Quest 2, accessing the virtual world has become much more affordable. At roughly $400, cheaper than most iPhones, millions of the goggles were sold in 2021. Their primary use? Gaming, of course.

Whether it’s slicing light sabers through brightly colored boxes with Beat Saber or attempting to seize a super weapon in Half-Life: Alyx, the immersive experience of VR is a powerful hook, as the headsets allow users to interact with simulated environments and experience a first-person view in a way that traditional gaming platforms don’t.

Unlike Augmented Reality technology that superimposes a computer-generated image on a user’s view of the real world, VR headsets effectively replace the user’s natural environment with virtual reality content. This could be a movie, a game or a prerecorded 360-degree environment that allows the user to turn and look around, just like in the physical world.

While VR gaming for teens, with its abundance of first-person shooter scenarios and age-inappropriate content, comes with all of the same parental concerns as its “traditional” counterparts, there are many positive uses for the technology, particularly in the areas of education and training. For example, VR technology is already in use at the University of Tulsa’s Oxley College of Health Sciences where nursing students, sporting VR goggles, practice dispensing medicines and providing care for their virtual patients before being turned loose on real humans.

“Beyond just gaming, I’ve seen studies where nature photographers go out into the world and hike up the trails, taking pictures and videos and re-creating them in 360-video experiences. They then take the headsets, with the experiences loaded on them, to nursing homes and give the older people who are wheelchair-bound the ability to still explore the world,” Rendon says.

While Rendon understands the downside of VR gaming for kids and parents, he thinks the positives outweigh the negatives – especially when it comes to VR’s potential for fitness. Unlike console games, VR games require a bigger physical investment as players “move” through their virtual environments.

“Most of the issue that parents have with games is that kids just sit inside all day, getting lazy and fat and rotting their brains,” he says. “The rotting brain depends on what game you play, I guess, but the physical sitting inside and getting fat is definitely negated by virtual reality.”

As a university student, Rendon experienced this first-hand.

“While I was at Full Sail, I was eating McDonald’s every day for lunch,” he recalls. “I probably got to somewhere around 200 to 210 pounds,” he recalls. “When I bought my first headset, I started playing it every day to the point where my entire body was sore, and I didn’t want to go to school because I could barely move. After about three to four months, I was down to 189.”

Rendon’s advice to parents? There is nothing inherently bad about the technology. Just be aware of what your child is doing with it.

“There are social interaction games like VR chat. Anytime you get online, interacting with other people over the Internet, there’s always the risk of seeing and hearing things that a young child shouldn’t be exposed to,” he says. “I would just limit what they play. I wouldn’t want a 5-year-old going online and playing Pavlov, which is a military shooter game.” 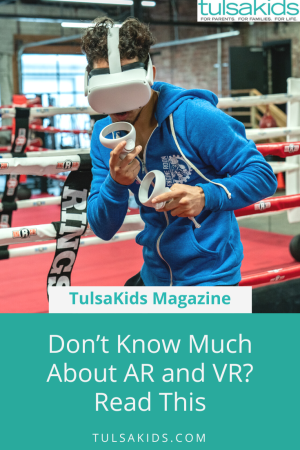