I hope your new year is going okay. If not, PLEASE let me know how I can help. I am a great listener and have information on resources if you are in need of food or relief on utility bills, or just need an ear to bend.

First of all I wanted to tell you how much fun my son, his friend and I had at the Tulsa Oilers game. Last weekend I got some tickets from my new job, 103.3 The Eagle. Fun radio perks is one reason why someone becomes a radio DJ! If you have not been, GO! Cheer on our local hockey team!! The game we went to was against Kansas City Mavericks, which is a very tough team. They had their way with the Oilers, but it was so much fun!

I grew up in Ohio, so I played hockey from about 5th grade to 10th grade, so it’s great to see so many hockey fans in Tulsa. My son’s friend, Evan, had never been to BOK Center, so he was totally blown away by the whole experience. Here are some pictures of that day. 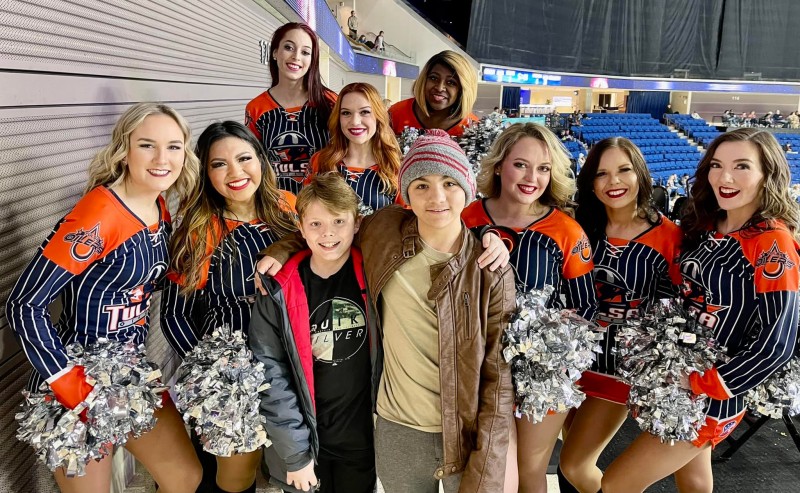 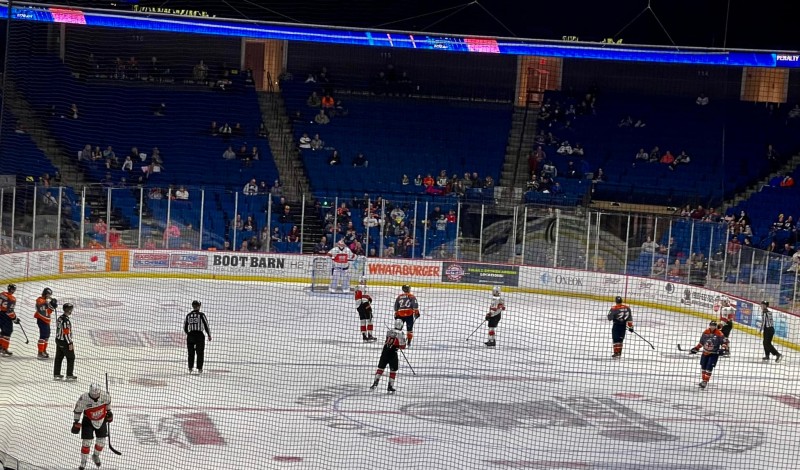 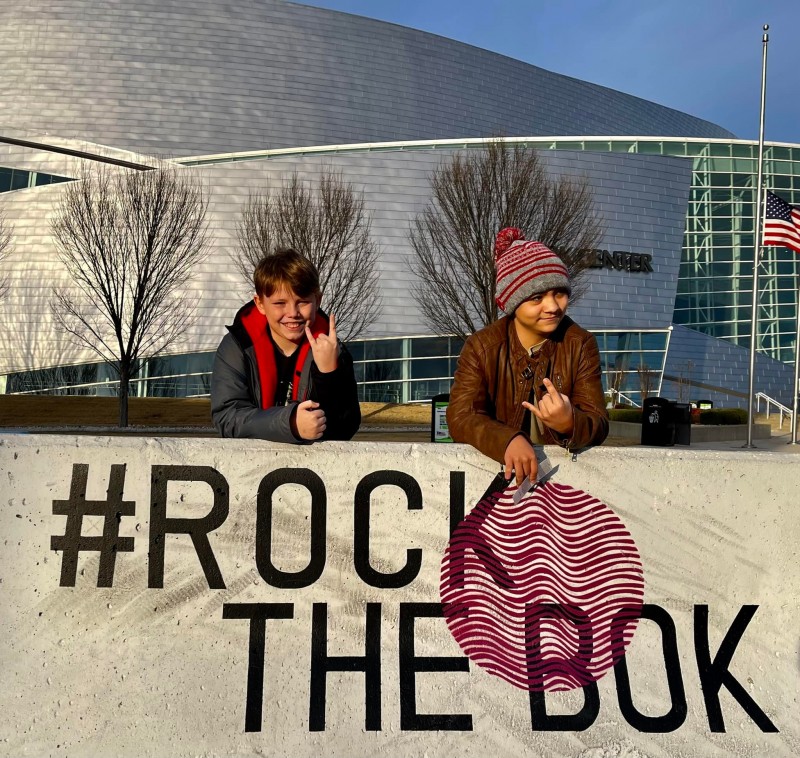 INTO THE WILD BLUE YONDER

I am currently en route to Key West, Florida. Yep, stuck in an airport with an extended delay in Houston. I was not going to turn in an article this week with so much going on, but since we have extra time, I thought I’d thought I’d describe my son’s first flight experience. We left TUL at 7:01 this morning, which meant getting up at 4:00 am. He is like his dad, NOT a morning person, so that alone was a daunting task. Also like his dad, he’s a procrastinator, so doing laundry and packing at 10:00 p.m. the night before was a bit nerve-wracking. BUT! The whole time you could cut the excitement with a butter knife.

We got up with the jubilation of Christmas morning. We had our bags already packed, so it was just a matter of making coffee, a quick bite to eat, and in the Lyft car we went! We met our friends at the airport and, regardless of our masks, you could tell everyone was smiling ear to ear knowing that in moments we’d be in beautiful Key West. 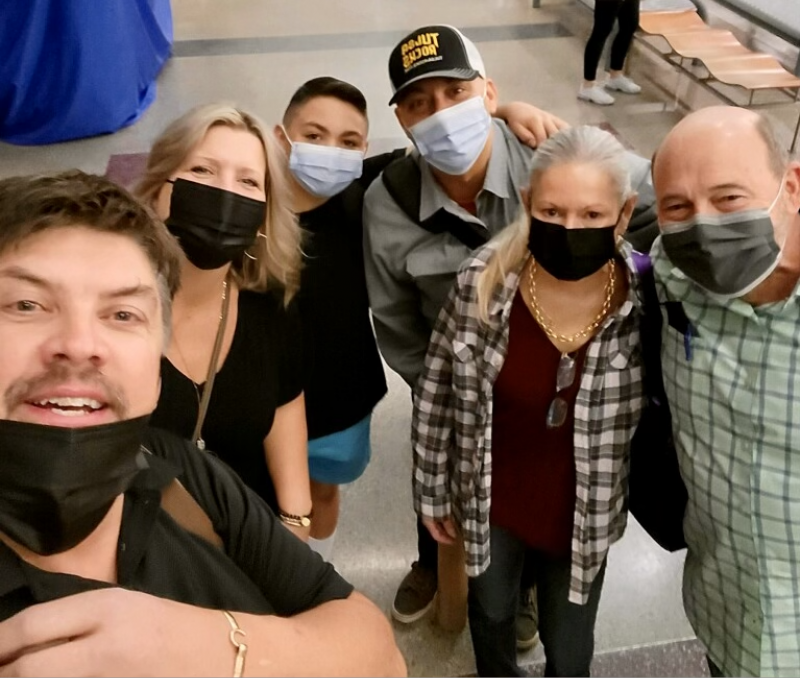 We got to the airport in plenty of time with very little crowds to fight. Still, Atticus was so excited. We’ve been to TUL a few times picking up his aunt Lynda, but now is his time to go through the check-ins and checkpoints. Everything was smooth as butter. Going through security, emptying out pockets to go through the metal detector was all a fun thing for him. And the fact that they confiscated his toothpaste because it was too big somehow made it even more cool. Wait till the 100th time going through the rat race, then he’ll be a bit annoyed like the rest of us. We grabbed a quick vanilla latte, breakfast bagel and waited a bit before the call was announced over the intercom: “Now boarding United flight 1604 to Houston. “Wow! Here we go, dad!!” We gathered our carry-ons

The moment of truth was only seconds away. The anticipation was intoxicating. He got his ticket scanned and made the walk through the makeshift hallways to the actual hull of the airplane. Many sights, sounds and people confined in a tight space could not damper his wonderment. While tugging his carryon with rollers up to the smiling faces (although masked you can just tell!) of the flight attendants and pilot welcoming passengers, he eagerly gave them a “masked smile” back and with his eyes alone said: “WOW!” 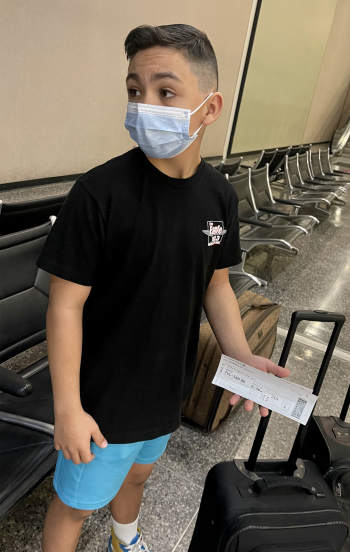 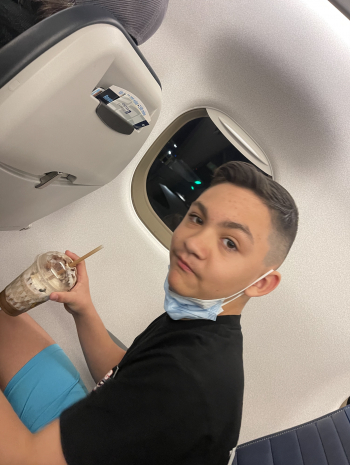 As we squeezed our way through United First Class seats and into coach, his eyes glanced at the seat numbers, trying not to get caught on other people’s luggage and arm rests. We made it to our seats and stowed our carry-ons in the upper compartments just like he has seen in the movies, and he sat down in his first airplane seat! I’m using way too many exclamation points because I’m his dad and it was this much fun for me just seeing him going through it. He’s been wanting this for so long and now it’s really happening. We sat down, he took it all in for a minute and said, “Am I dreaming?” It made me smile. I was struggling to think of the first time I flew, but my memory flashed through some of the fun trips I’ve had, hoping the same for my son.

I asked the flight attendant to give him a shout out over the intercom, so upon approach into Houston she did, and he was so happy, waving to the passengers that were applauding him. Not sure who was happier, him or me. 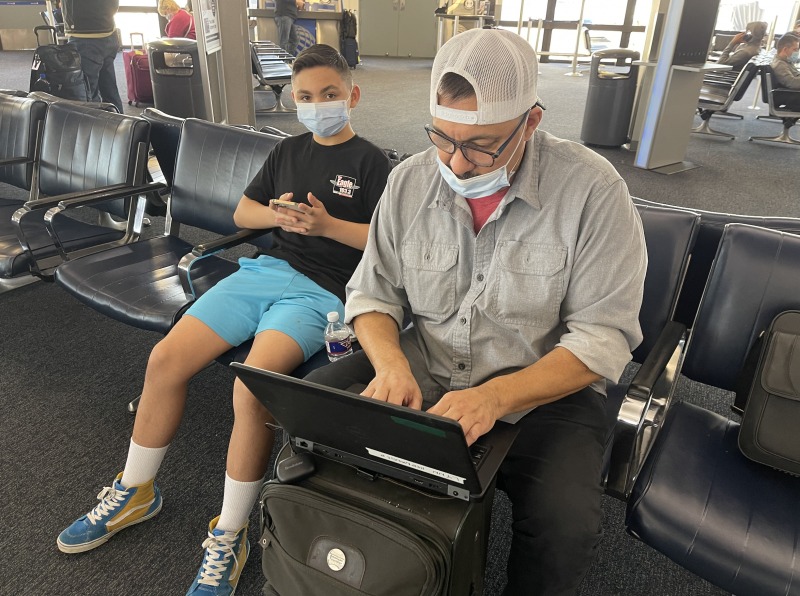 Which brings me to now. We have been stuck in Houston International waiting for our connector to take off, two hours later. Apparently, the co-pilot had just arrived from his flight from Mexico and forgot he had a flight to Key West and went home. So, as we wait for him to come back, I sit in this uncomfortable chair writing this for you.

So, the giant smile my son had on his face this morning has been reduced to a smirk. But still, Key West is in our immediate future!

A big thanks to ROKIsland Fest for inviting me to cover this awesome concert in paradise. And thanks to my friend from Route 66 RVs, who sponsored my trip for making this all happen.

Next time you hear from me I’ll have stories of the concert and beach to tell you. Check out this lineup: 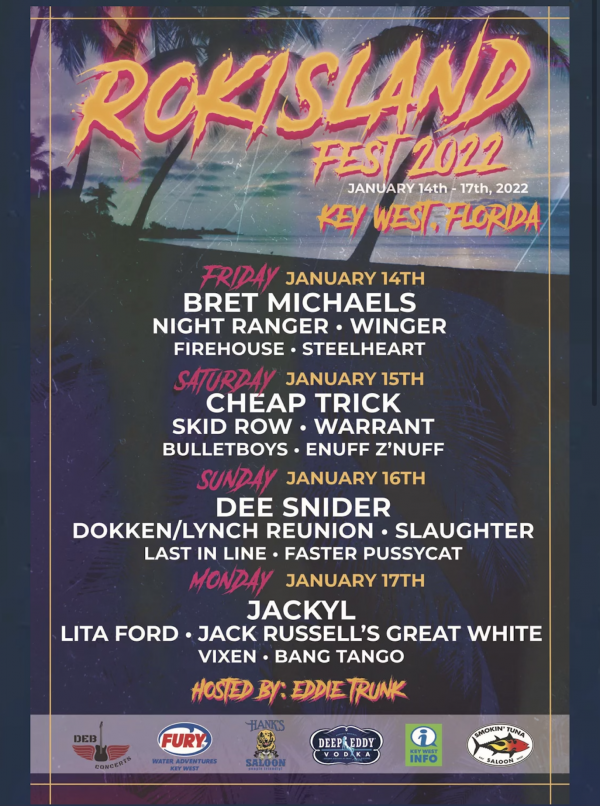 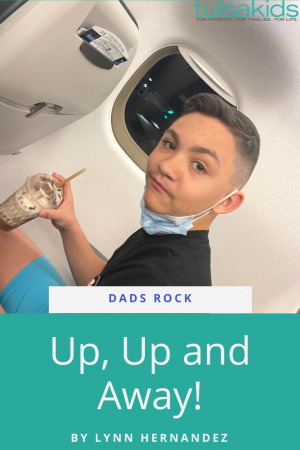