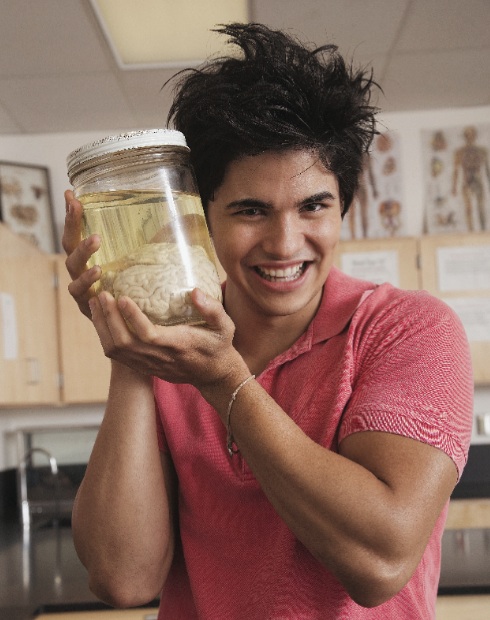 ​Like the proverbial cartoon character with an angel on one shoulder and a devil on the other, your adolescent’s often-inexplicable behavior is driven by his or her developing brain. How can your teenage daughter manage to keep up with the minutiae of the intricate social lives of her five best friends but still leave every light on in the house before going to bed? Why does your 16-year-old son think it’s a good idea to check his twitter account while backing out of the garage? Despite outward appearances, many of our adolescents’ mysterious actions are more a factor of biology than temporary insanity. As a parent, it’s helpful to understand that your child is under the influence of a constantly growing and changing command center, and it’s really good to know that there are some simple things you can do to help this process along.

“Even though we know quite a bit, there is still more we need to learn,” Dr. Martin Paulus, Scientific Director of Tulsa’s Laureate Institute for Brain Research (LIBR), explained. “So everything I say, you have to take with a grain of salt because the details are still being worked out.”

Dr. Paulus and his colleagues at LIBR are participating in the Adolescent Brain Cognitive Development study, a 10-year national landmark study supported by the National Institute of Health. The study will follow 10,000 adolescents across the U.S. (including 600 from the Tulsa area) with the goal of identifying risk and protective factors that influence the course of mental health during adolescence.

As Dr. Paulus explained, in a simplified way, adolescent brain development involves two, often-competing parts. The frontal lobe, the executive or planning center, begins to develop during early adolescence. It engages in complex reasoning strategies, taking a long-term approach, while the more primitive part of the brain looks at the here and now, focusing on basics such as “How do I improve my chances to mate or engage with my species,” Dr. Paulus said. “So you have this interface between the here and now and what’s happening in the future; the negotiation between these two, fundamentally different, and sometimes opposing [parts of the brain].”

According to Dr. Paulus, this development is highly dynamic and not uniform from child to child. For a parent, “just knowing that these are the two major things that are developing during this period is important because it can frame how you want to approach this,” he noted.

“In a way, the developing executive aspect of the brain provides an incredible opportunity,” Dr. Paulus said. This is a time when your child can begin to look at “counterfactual alternatives,” the “what-would-have-happened-if” thinking that younger children are not yet able to process. “As the brain develops, adolescents are starting to develop more and more complex patterns of thinking and looking forward,” he explained. This is a good time for parents to appeal to and interact with that part of their child’s brain.

Dr. Paulus counsels a slow and steady approach for parents and their children. “It’s just like when you exercise. If you want to start jogging or biking, you don’t go on a marathon right away. You start off easy. That’s the same way when you start to appeal to the executive half of the brain,” he noted. “You can’t have hour-long discussions with a brain that is developing in that way, but you can promote the development of this by repeatedly engaging in short interaction.”

What about the other half of the brain, the more emotional, primitive half? “Acknowledging that this is enormously sensitive to hormonal changes, and that these hormones haven’t yet stabilized,” is a starting point, according to Dr. Paulus. “There are clearly times when hormones are flying high, and the executive is basically asleep at the wheel, and there are other times when the hormones aren’t flaring up,” he noted.

So, timing is everything when communicating with your teen. “It’s just like trying to engage anybody,” Dr. Paulus said. “It’s probably not a good time to try to get into a detailed discussion [with your teen] if there are clear indications that the adolescent is flooded with hormones,” he laughed.

Sleep, exercise and nutrition are also part of good brain development and are areas that parents can at least offer some guidance. “Sleep is a difficult one,” Dr. Paulus acknowledged. “Sleep patterns and wake cycles are intensely changing during this time.”

Encouraging your child to exercise is valuable in more ways than one. “Exercise is really important for a number of reasons,” Dr. Paulus noted. “There’s a concept called ‘critical period.’ What this means is that the brain essentially has periods where it is better able to process information and change than at other times. What we’re beginning to learn is that the door opens and closes, and this opening and closing of the door is induced by different chemicals. What’s interesting is that opening the door is induced by a chemical that’s intensely released after exercise. So engaging in exercise actually makes the brain more pliable for processing new information.” In other words, exercise not only makes your teen more physically fit, it also makes his or her brain more efficient.

“The other element that’s really interesting, and that’s something that’s just beginning to be understood, is nutrition,” Dr. Paulus commented. Studies are continuing to show that the human microbiome, the countless microorganisms that live on and in us, has a very significant effect on who we are. What we eat encourages or discourages the growth of different microorganisms. “Basically these creatures constantly communicate with us. They basically send messages that affect how we behave,” Dr. Paulus explained.

While it’s still early in this field, animal studies “suggest that they [the microorganisms] have a direct effect on how nerve cells form new synapsis or prune synapsis. The implication here is that, by far, the largest number of creatures are in the gut, so the notion here is that you can actively change the microbiome by what you eat and how you eat,” Dr. Paulus said. In other words, you really are what you eat in more ways than you might have known. While the specifics of this are not yet clear, early studies suggest a diet with fewer refined sugars and more natural fruits and vegetables promotes a healthier microbiome for brain development.

While much remains to be discovered about how the adolescent mind develops, as parents, it’s great to know there are a few things we can do to help our teens along the way. Engaging and appealing to the executive half of their brains, and encouraging regular exercise and good nutrition are great starting points. Understanding the often-competing halves of our child’s brain is another. If you’d like more information on this topic, LIBR is sponsoring a series of free lectures, “Healthy Brains for a Healthy Oklahoma”. Visit www.laureateinstitute.org for more information.

Nurturing the Next Generation of Musicians

Family-Friendly Festivals in the Tulsa Area

Take the family to any and all of these festivals happening throughout the Tulsa area.