After the Sandy Hook Elementary murders, I wrote this blog about talking to kids about tragic events: tulsakids.com/talking-to-your-kids/ Of course, between then and now there have been numerous mass murders in the United States, including the one yesterday where at least 18 innocent children lost their lives, and the one at the Buffalo, NY, grocery store where 10 innocent people were brutally murdered.

I’m sick of hearing about “soft targets.” Let’s just tell the truth. We live in a violent country awash in guns, including military assault rifles. Therefore, we’re all soft targets. We can’t turn our schools, our places of worship, our grocery stores, our concert venues, movie theaters, our government buildings into fortresses. Because of the proliferation of guns and easy access to weapons of war, we can’t just drop our kids off at school or go to a concert or to church or the grocery store without thinking about an escape route “just in case.”

And I’m sick of hearing about how we need better mental health care. Yes, we do. As the sister of a depressed person who died by suicide, I can attest to the abysmal mental health care we have in this country. We do need to do something about it. But other countries also have citizens suffering from mental health issues. Why do they not have mass murders like we do in the United States? We all know the reason. Let’s just tell the truth. People in other countries don’t have easy access to guns.

This morning when I was running, I saw a mom helping her little daughter get in the car as they prepared to leave for school. I looked at the little girl’s sweet face, her adorable raincoat and little rainboots. Today, that mom had to be wondering if her daughter would be safe at school, if she would see her child at the end of the day. It’s unbearable to think that a person can go into a school and mow down almost 20 small children in a matter of minutes.

When is it enough? How many more mass murders of innocent people must we endure before we do something? Shootings are a public health crisis.

What can we do? One easy step would be for the Senate to pass the background check law that was passed by the House TWO YEARS AGO. This should not be political. The NRA and gun manufacturers have a stranglehold on some members of Congress. Those members need to get a backbone and tell the NRA and gun lobby that our children are more important than guns, power and money. Maybe it would help convince them if Gov. Abbott, Mitch McConnell, those meeting at the NRA convention in Texas and those who vote against background checks were forced to walk through the Texas morgue full of tiny bodies. Children who never got to experience their last day of school. Children who will never go home.

I honestly don’t know what to say to kids who are asking about this horrific event. You can go back to my Sandy Hook blog and read those tips, but we desperately need to move beyond tips for talking to children about gun violence. We need to move beyond placing flowers on fences and offering thoughts and prayers. I don’t know what I would say to my kids today. Maybe, “You’re not safe. The person standing next to you could have a gun. Be aware. Look around for places to hide.” We’re supposed to tell our children that there are adults looking out for them, adults doing the right thing to protect them. That’s a lie. We aren’t protecting these vulnerable children because guns and money are more important to some of the people in power right now.

We must use our despair and grief to speak for change. Do we want to live in a violent society? Do we want to feel unsafe just going to school or the grocery store? It’s not a given. It’s a choice. We can live in a peaceful, caring and equitable society if we have the will to do it. Can’t we do that for our children?

Go here to find out how to contact your senator: senate.gov/senators/senators-contact.htm

Oklahoma, like Texas, is a state with extremely lax gun laws. If you’re 21 years or older, you can carry a gun around without a permit. Go here to find your legislator: oklegislature.gov 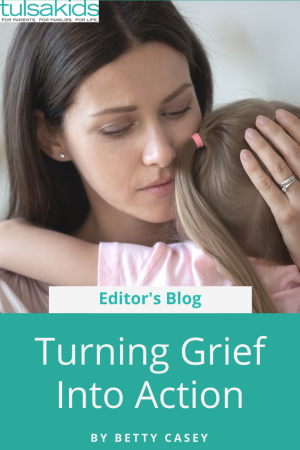