Traveling to Austin, Texas with the Family

Fans of food, music and history love this Texas town. 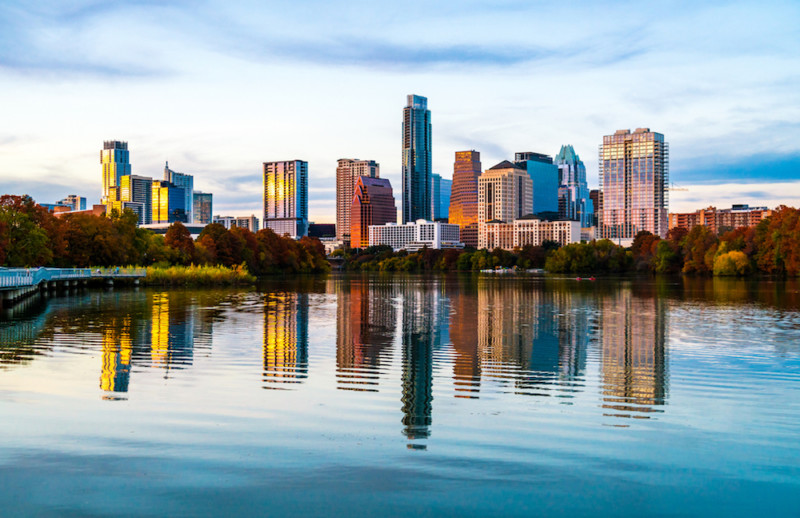 Within Austin’s city limits just north of downtown sits the University of Texas at Austin (better known as UT Austin). The state’s flagship university is highly regarded for its academic rigor, but Oklahomans, in particular, may know it all too well for its Texas Longhorns football team — perhaps the University of Oklahoma Sooners’ greatest rival. Regardless of the athletic fan divide, it would be a mistake to let football loyalties preclude you and your family from making time to see the sights beyond the stadium. Fans of food, music and history will find plenty to love in this bohemian-esque Texas town.

Where Fans Of “Cool” Chill Out

As of 2014, the Texas capital was “in the midst of a cultural renaissance,” according to Fodor’s expert travel guidebook. Musicians and foodies alike were flocking to Austin. And, to accommodate its enormous growth in the tech industry, 30 new buildings were under construction in the downtown area alone.

The infamous 6th Street is the main thoroughfare for eclectic gastronomic choices and plenty of libations. Furthermore, in addition to a plethora of widely acclaimed restaurants in downtown Austin, you can line up at one (or more) of over 2,000 food trucks for some fantastic chow. Don’t overlook the South Congress District (better known as SoCo), also in the heart of downtown. This is where funkiness is king and you’ll find art galleries, jewelry, unusual shops with everything from antiques to Mexican imports, music stores and more fun food. Try Home Slice for pizza and grab something from Amy’s Ice Creams for dessert.

Austin hosts several large music and arts festivals each year.. There is the annual South by Southwest Festival (SXSW), a film, music and interactive conference and festival if you want to hear the hottest music and up-and-coming artists. And, each fall, the Austin City Limits Music Festival (ACL) takes place. If you can’t make the big festivals, you can find excellent free or inexpensive performances at local venues.

If you’re in Austin in the spring or summer, you can join the hundreds of people who gather on the Congress Avenue Bridge or around Lady Bird Lake each evening to watch the bats emerge from the crevices under the bridge. August is usually the best viewing month when the baby bats join their mothers for feeding.

Austin can be hot, but fortunately, you can take the kids to Barton Springs Pool to cool off. It’s a three-acre (yes, you read that right) pool fed from underground springs of the Edwards Aquifer that keeps the temperature at an even 68-70 degrees year ‘round. Located within the huge Zilker Park, Barton Springs is open late April through late October 5 a.m. – 10 p.m., except Thursday. Thursday’s hours are from 5 – 9 a.m. and 7-10 p.m. Early Hours (5-8 a.m.) and Late Hours (9-10 p.m.) are free, but have no lifeguard at those times. Regardless, fees are cheap at $4 for children ages 1-11, $5 for children ages 12-17 and $9 for adults if you’re a non-resident. There is a parking fee as well.

If you want to see the beauty of the Hill Country, visit the Lady Bird Johnson Wildflower Center. It’s a family friendly place to hike the trails, have a picnic, swing on the swings at the arboretum or grab a Discovery Pack from the Visitors Gallery. Be sure to climb to the top of the San Antonio Tower to get an amazing view of the surrounding area.

Take a bit of a drive into the Hill Country to visit The Salt Lick in Driftwood. A renowned barbecue spot that dates back to the mid-1800s, this restaurant is an experience. It’s perfect for a large group. Wear your cowboy boots and sit outside under the twinkling lights at one of the big picnic tables. Featured on the Food Nework’s “The Best Thing I Ever Ate: Bobby Flay on BBQ Beef Ribs,” you never know who you might run into at The Salt Lick. Sandra Bullock?

Where Fans Of History Hang Out

Historic sites include (but are not limited to):

This is a definite must-see. There’s more to UT Austin than classrooms, dorms and the football stadium. Located on UT campus, the LBJ library is a 10-story travertine structure that offers a spectacular view of Austin from the top floor “oval office.” The museum is filled with artifacts, original recordings (one of then-President Johnson and Mrs. Kennedy is especially poignant), video and historical documents that bring this particularly volatile time in our nation’s history to life. While LBJ is often overshadowed by John F. Kennedy, here visitors can learn about Johnson’s impact on the civil rights movement post-Camelot era. Also, there is a moving display of Vietnam War artifacts and letters from soldiers. The library sits on 30 acres at 2313 Red River St. For hours of admission, check www.lbjlibrary.org.

With its pinkish-red granite exterior, this enormously beautiful Italian Renaissance Revival-style edifice is one of the largest capitol buildings in the United States and is a national historic landmark. Its rotunda, statues of former state politicians, as well as the state senate chamber room are impressive in size and scope. The surrounding 22-acre grounds are impeccable and accentuate the beauty of the building. Self-guided tours are available seven days a week. Click here for additional details.

Part of the university, this library houses arguably one of the best literary archives in the world, including over 36-million leaves of manuscripts and more than one-million rare books. A very special piece of literature on careful display here is the original Gutenberg Bible, produced in Western Europe in 1456. Group tours start in the south atrium and no reservations are required. The library is located at 300 W. 21st St. For more information, visit www.hrc.utexas.edu.

How To Get Around

Urban area attractions are numerous and easily accessible for, although the city is growing, it still maintains a small-town feel. Unfortunately, the downside of Austin’s growth is a traffic problem. Parking and driving can be frustrating, so once you find the area you want to explore, such as SoCo, plan on walking. And, if you are driving in Austin, pay attention. Austin is a bike-friendly city, so be a courteous driver.

One great way to soak it all in is to grab a map and take a leisurely walk. Or sign up for a historic walking tour. When your feet need a break, taxi cabs are easy to flag down. What’s more, if you really want to put smiles on your faces, check out SegCity Segway Tours (www.SegCity.com) on 6th Street or make a reservation for Austin Duck Adventures (www.AustinDucks.com), a unique tour on a United States Coast Guard inspected amphibious Hydra Terra vehicle. The tour takes you through downtown first, and then the trip is punctuated with a boat ride on Lake Austin. This may be the most amusing and memorable way to learn about Austin with the kids in tow.  Lastly, like many tourist-laced cities, double-decker bus tours are accessible.

I found Austin to be the most laid-back city in the region including those throughout Texas, Oklahoma, Missouri and Arkansas.  As The Wall Street Journal said of late, “There’s something intensely relaxing about this urban area in a countrified setting, especially during winter, when the air is still sweet and warm.” So maybe head down to Austin sooner than later (no pun intended) because you don’t have to be a Longhorns fan to become an Austin fan. 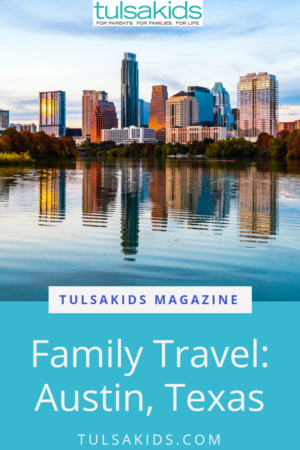