To the Guy Who Shot and Killed My Daughter’s Beloved Dog, Ruby

As a parent, I’m prepared for bad things to happen in my children’s lives. That’s life. I might expect that I would have to support them through break-ups, college or job rejections, fender benders, bad bosses or any number of disappointments. What I never expected was to have to deal with gun violence. Last night, I was at home cooking dinner for my husband and myself when I got this text from our daughter, Anna, who is in graduate school in Austin:

I have terrible news. My neighbor shot Ruby. I’m so upset I can’t even call to talk about it. I’m in disbelief.

Anna lives with roommates in a nice two-story home in a family neighborhood of kids and cul-de-sacs. She had just finished giving Ruby a bath when Ruby slipped away, running off through the neighborhood. Anna and her roommate, Emily, immediately started searching for her, only to come upon the gruesome reality that one of their neighbors had shot and killed Ruby for chasing his cat. This neighbor also owns chickens so maybe he was fearful of the dog getting a chicken.

Fine. What is not fine is the way he dealt with it. Ruby is a small dog – maybe 35 pounds – who has never met a stranger. She loves all humans. She also loves to chase cats, squirrels, leaves blowing down the street and water running in the gutter. Ruby is fast. Ruby is also deaf. Last week, I wrote a blog about how Ruby is like a toddler – carefree, silly, lovable, exasperating and funny. This week I’m writing that she is dead.

So, this neighbor, who also has an elementary school-aged son, saw Ruby running through his yard, went inside, got a loaded gun and shot the dog. Where do I begin? First, he must have a loaded gun, easily accessible inside his house if he could go in quickly enough to grab it and come out and kill Ruby within a matter of minutes. Ironically, we just sent our February issue of TulsaKids to the printer on Friday (the very day this happened) and we’re running a feature on keeping guns safe in the home. Responsible gun owners keep them unloaded and locked away with the ammunition locked away separately. Keep in mind, this guy has a young child in his home with an easily accessible, loaded gun.

Even if he were afraid of dogs. Or felt a need to protect his chickens or his cat, why is his first response to run in and get a gun? What about a big broom? Or a stick? Or a BB gun? Or mace? Pepper spray? Those are all the “what-ifs” that go through your head when something like this happens. Why in the world didn’t he do any of those things before he got a loaded gun and shot it off in a neighborhood full of kids?

And there are more horrific “what-ifs?” What if he had missed the dog and the bullet went into his neighbor’s yard and killed a child playing there? What if Anna and Emily had been close behind Ruby and he had accidentally shot one of them? What if the bullet had ricocheted off of something and hit a child riding her bike in the cul-de-sac?

I know what some of you might be thinking: Well, he was protecting his property. Maybe he’s had problems with loose dogs before. I say all the more reason to have a plan that doesn’t involve shooting a dangerous weapon and killing someone’s pet.

After the shooting, the guy was tossing a football in the street with his son. Seeing my distraught daughter, whose roommate had called the police, he just casually said, “Oh, was that your dog?” No remorse. No compassion. What a great role model for his son.

From what I understand, he will be charged with animal cruelty. It’s a hefty fine or possible jail time, but it won’t bring Ruby back. Today, because of his actions, Anna woke up with no Ruby greeting her with a goofy dog grin and a wagging tail. Ruby was her running buddy, but that won’t happen today. Anna liked to take Ruby with her to get coffee or breakfast on Saturdays, but Ruby won’t be joining her today. Ruby was her study buddy, her snuggle buddy, her friend. Dogs offer only unconditional love. Now she’s dead because somebody with a loaded gun wanted to use her for target practice yesterday.

And, please, I don’t want to hear about “good guys with guns.” Unless you’re Jesus Christ or have achieved Nirvana, you are not perfect. You are human. Human beings get angry; they make bad decisions; they fly off the handle; they become depressed and despondent. Every human being is fully capable of being “bad.”

Parents, there are so many people with so many guns. Guns in homes, on college campuses in backpacks, in purses, in cars. Be prepared. At some point, you most likely will have to talk to your child about gun violence that hits close to home —  maybe a relative, a friend or, god forbid, in your own immediate family.

I hope you can figure out what to say in the face of senseless violence if it happens to your child. For me, there are no words. All I can say is this: Anna, you adopted Ruby and she never had to be in a shelter. You took good care of her. In her short life, all Ruby ever knew was love. I’m so sorry for your loss. I love you. Rest in Peace, Ruby. 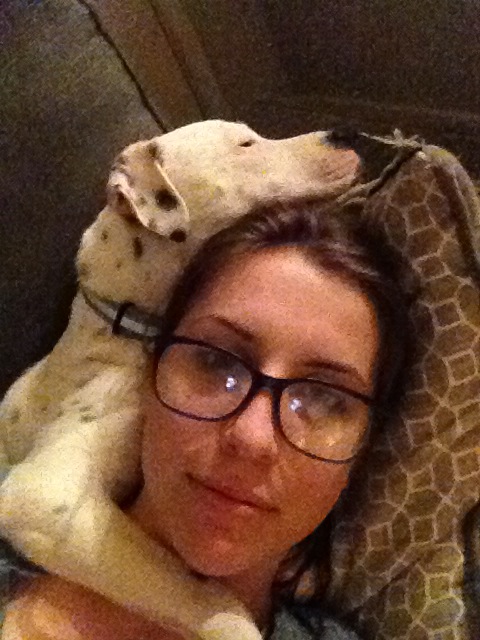 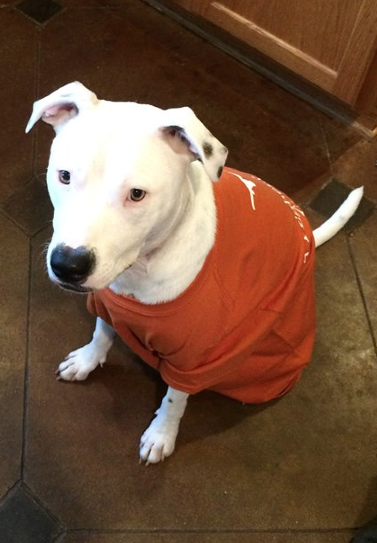 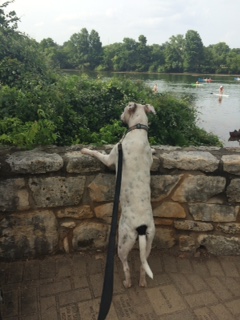