As if we haven’t already had enough of being stuck at home, we’re about to get hit with wave two of a serious winter storm. And the worst part is that it’s too cold outside to enjoy the snow, which is probably too powdery to make a snow family anyway! Not that I would know, because as much as I love a good Clark Griswold sled party, arctic tundra temps of a -30 wind chill are exactly where I draw the line.

Fortunately, there’s never been a better time in history to be stuck inside. Think about how much it would suck to be snowbound in the 19th century in Oklahoma, nothing to entertain yourself with but needlework, whittling, and re-reading the latest Dickens.

If you’re like our family, you could dearly use a vacay to some far away adventures. Recently, I’ve even been slightly tempted to start a big old-fashioned vacation dream binder for that someday soon when we can all go places again.

In the meantime, why not take a virtual vacay and daydream a little bit? Gather the kids ‘round the old telly and take a little pixelated day trip! I’ve put together some of my favorite virtual vacations for you to check out. You could make this a whole thing…sun hats, Aloha shirts or shirts with your favorite vacation spots on them. I’ve included some tour guide info to share with the fam. Don’t forget to take pics of your living room adventures and tag @coffeenebulakristi and @tulsakids on Instagram!

Welcome to the Coffee Nebula Ultimate World Tour! Please remember to keep your hands and arms inside the vehicle at all times!

For the first stop on our virtual tour, travel to Peru’s incredible 15th-century Incan citadel. Located in South America, Machu Picchu is a World Heritage Site and one of South America’s most important archaeological sites. It is located in the Southern Hemisphere along a ridge of the Andes Mountains.

This citadel was built by the Inca Empire, the largest empire in pre-Columbian America. The Incas lived in the highlands of Peru from about the 13th century (1200s) until the Spanish arrived in South America. They also created a vast road network that rivaled the Roman road. 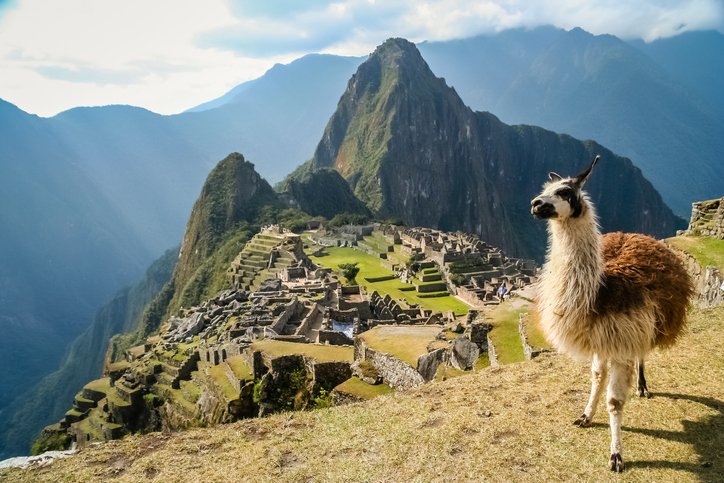 Built in the classical Inca style using polished dry stone walls, Machu Picchu has three main structures: The Temple of the Sun, the Room of the Three Windows, and the Intihuatana. This incredible estate was built around 1450. A century later with the arrival of the Spanish conquest, it was abandoned.

However, the Spanish never found it, and it was only shared with the outside world in 1911. Experts believe it is possible that Machu Picchu was abandoned when many of the Incas died of smallpox. It is estimated that as many as 25% of the Inca population died from smallpox.

Machu Picchu was built as a royal estate, with as many as 750 people living there at any given time. Similar to European royalty, most of them would have been support staff or yanakuna to the Incans. They ate mainly maize, grains, legumes, fish, and potatoes. Many alpacas and llamas live in Machu Picchu since they thrive in the Andean highlands. These animals were both beloved and sacred to the Incas and were even used in religious ceremonies. 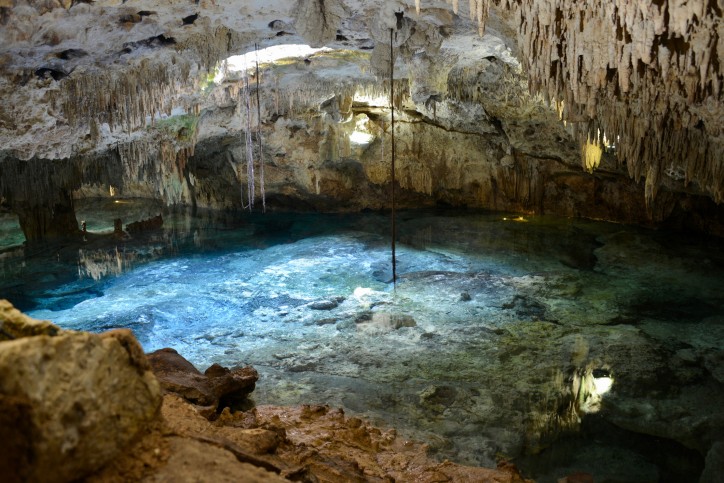 Lake at the bottom of a cenote, Yucatan, Mexico.

Rio Secreto is also a protected natural reserve, and about ten percent of its caves are used for ecotourism. Lots of silkworms, catfish, tetras (a type of fish), whip scorpions, bats, and tarantulas live there.

This cavern system was known to the Maya people for hundreds of years and was used for rituals. Inside the cave, explorers have discovered cave paintings, religious altars, and even a vessel dating back to the Postclassic period. It was rediscovered by a farmer chasing an iguana in 2004. Divers and speleologists worked with the owners of the surface land over the next few years to explore and map out the caves.

While inside the cave, do not touch the natural formations as the oils from your skin can damage the minerals!

Keep an eye out for these cave formations:

Next, we’ll travel halfway around the world to another World Heritage Site in Ayutthaya, Phra Nakhon Si Ayutthaya Province in Thailand. Although this city was founded by King Ramathibodi I in 1351, the area was populated as early as 850 by the Khmer people. 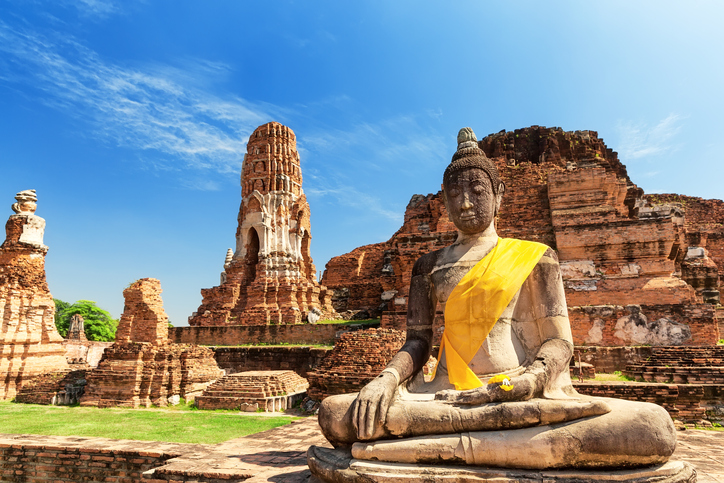 Today, we will visit some of the city’s Buddhist temples. Buddhism is the world’s fourth-largest religion and like many other religions, it is practiced all over the world. Buddhism uses meditation and contemplation to seek wisdom and morality. The founder of Buddhism was the Buddha, who you will see in statues around this site.

Wow! All of that traveling around the world in just an afternoon really wears a gal out. I hope you guys enjoyed this little trip! Now that we’re safely back home, leave me a comment and let me know where you’re looking forward to traveling. Thanks for reading, and have a lovely little week in your nebula! 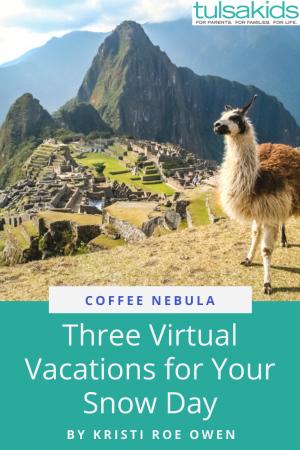