A few months ago, I bought Joss and I tickets to visit my grandparents in Miami, Florida. They moved there a couple years ago, and we were overdue for a visit. This was to be Joss’s first plane ride AND first trip to the beach!

When I purchased our tickets, I didn’t realize how bad the delta variant was going to get. Obviously, it’s not a great time to be traveling right now! For health and safety reasons first of all, but also we ended up having a pretty stressful travel experience. Flights were canceled and delayed, and it was impossible to get customer service either through Priceline or our chosen airline. But we had a wonderful time in Miami, so I wanted to share about it. Just file these ideas away for the future if you’ve been thinking about a visit. 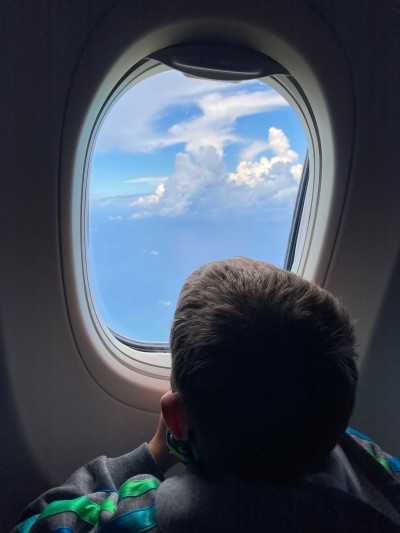 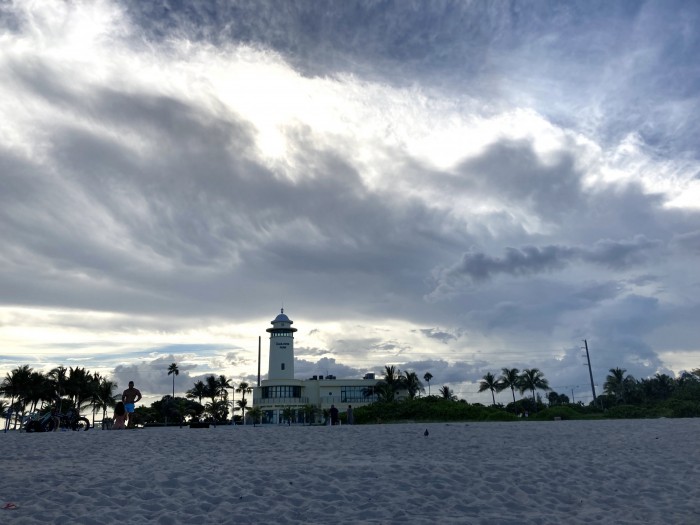 We visited the beach on the second day of our trip. But since visiting the ocean is probably top priority if you’re in Florida, we’ll start here! I was so nervous taking Joss to the beach since he isn’t a strong swimmer and we didn’t have a life jacket. But I figured I’d just keep him in arms’ reach or holding him at all times! Which worked well until we’d been there a couple hours and suddenly a wave took him under! I dove under the water – eyes open – and could only see sand and seaweed. When I surfaced, he’d been deposited further up the beach right in front of me. All that took about five seconds, but not something I want to think about too often. 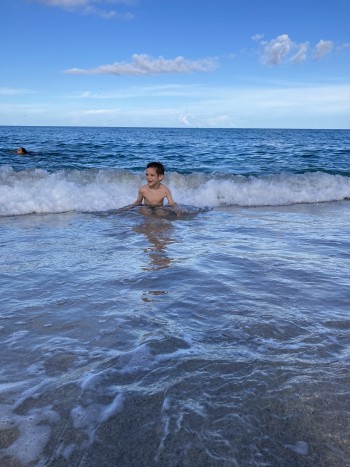 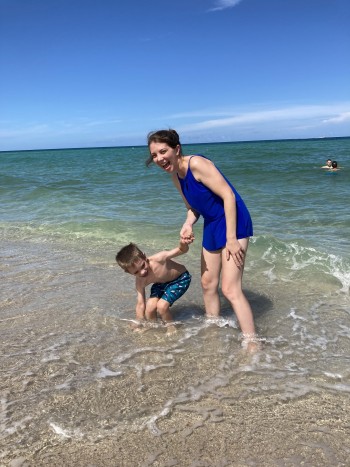 Joss’s favorite part of the beach was collecting shells and coral. My uncle, who was kind enough to take us, said something along the lines of, “But it’s not about the quantity of the shells, right, but about how each one is special.” I’m pretty sure for Joss, he just wanted a LOT of shells. ALL of the shells. He filled a sand bucket plus half of a second container. All of which I ended up carrying home in my backpack. And now we have a museum! 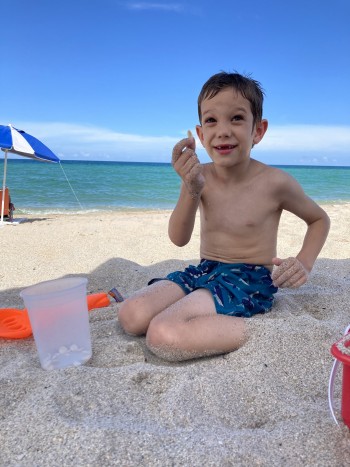 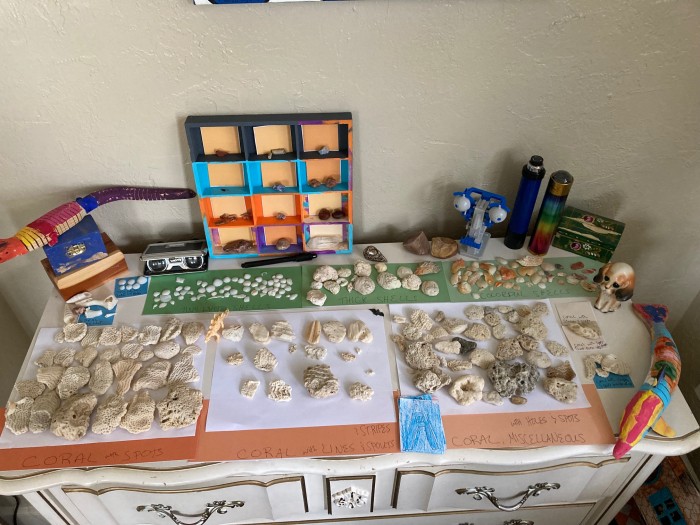 The beach we went to was part of Haulover Park. On a weekday afternoon, it wasn’t too crowded, and the water was lovely.

Between summer campers and general science enthusiasts, Frost Science Center was BUSY! Thankfully, they were requiring masks. FSC is a multi-level science museum and aquarium. We were there several hours, and still didn’t see everything! We left just before our scheduled planetarium show because Joss was seriously crashing. 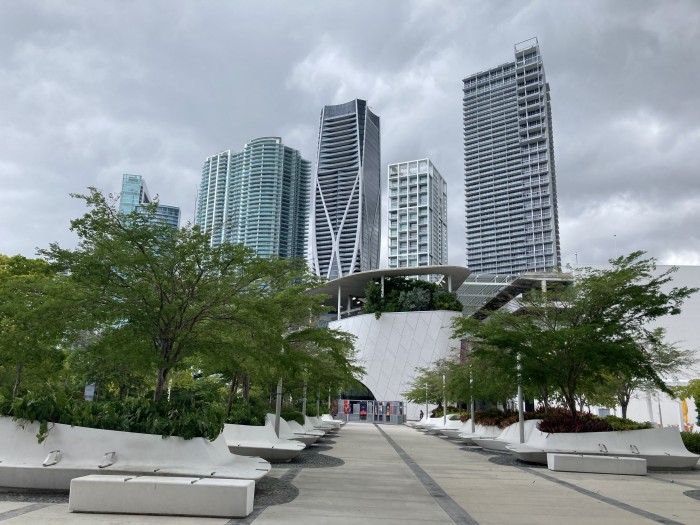 Frost Science Center is the building in the middle. It shares a parking lot with the Pérez Art Museum Miami. 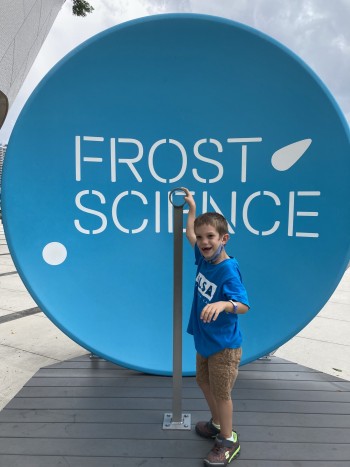 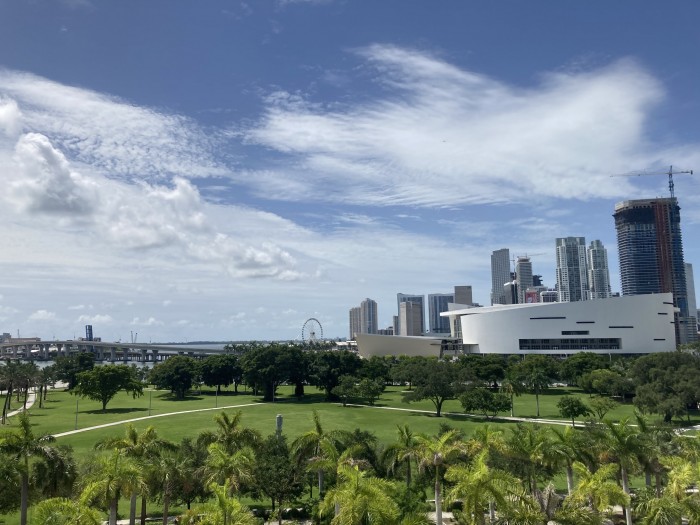 If you get hungry while exploring the Science Center, don’t worry – they have an excellent cafeteria. I had a mezze salad with crispy chickpeas, kalamata olives and falafel…SO good. 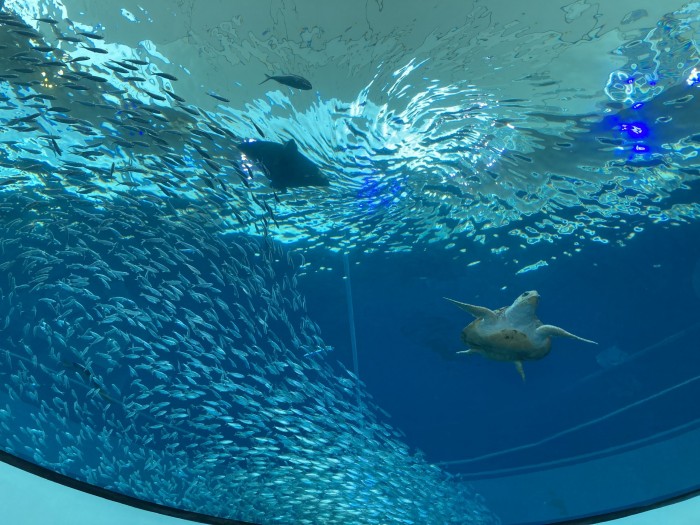 We really enjoyed the traveling exhibition about Pterosaurs. Life-size dinosaurs hanging from the ceiling, a virtual reality game where you could fly like a pterosaur, etc. 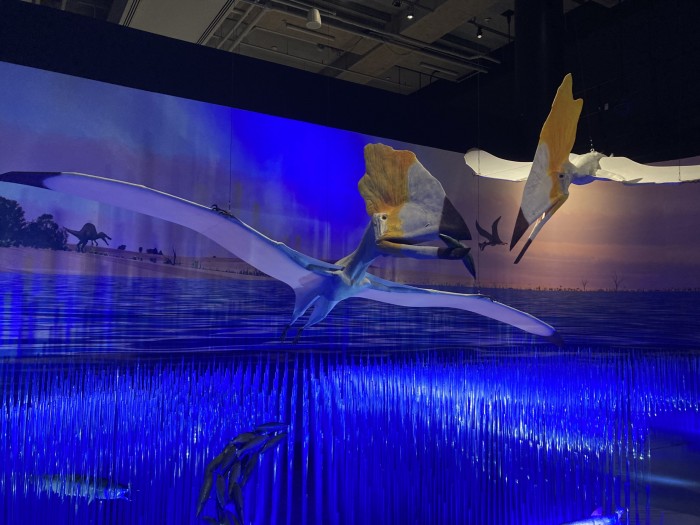 If you’re visiting Miami but kind of wishing you were in Europe, take a visit to the Ancient Spanish Monastery! This beautiful building was built in Spain starting in 1133 AD. After 1174, the monastery was named after Bernard of Clairveaux, who served as its abbot. According to the monastery website, the monastery was converted into a granary and stable in the 1830s, and then later purchased by William Randolph Hearst in 1925. At this point, the monastery was disassembled, packed into labeled crates, and shipped to the United States. Unfortunately, Hearst faced financial difficulties, and the monastery remained crated and abandoned for 26 years. Finally, two people bought it and were able to begin the reassembly process, which took nearly two years. Learn more about the history at spanishmonastery.com/history. 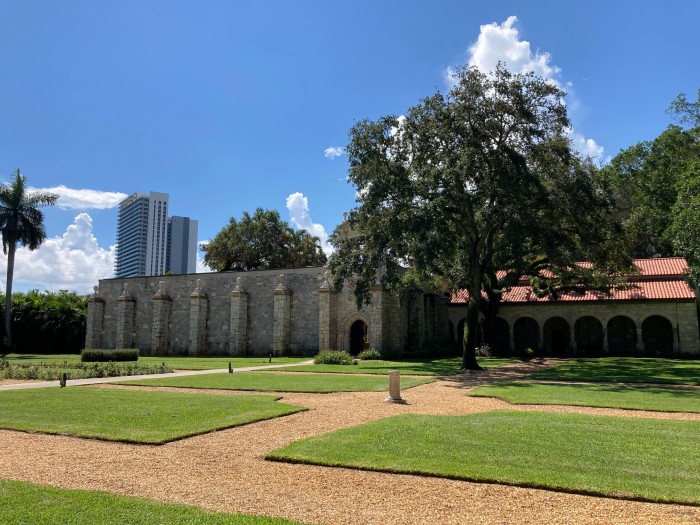 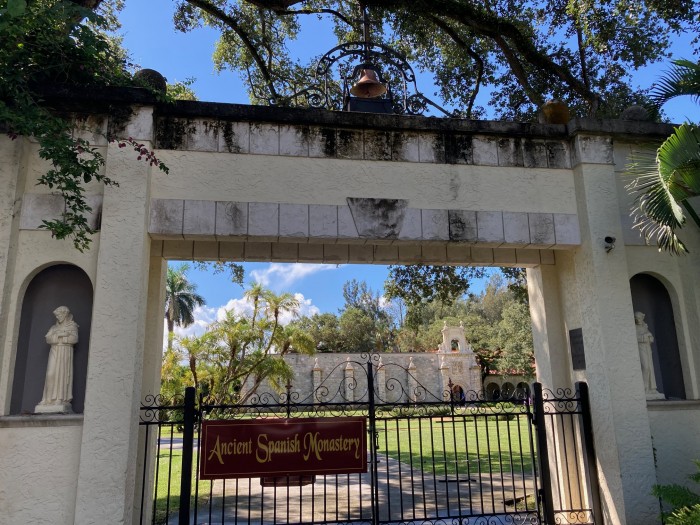 Today, the monastery is an active Episcopal church with services held in both English and Spanish. However, my grandparents said, the services are about two hours long and the wooden benches are HARD. As you can imagine, it is also a popular site for photo shoots and weddings. 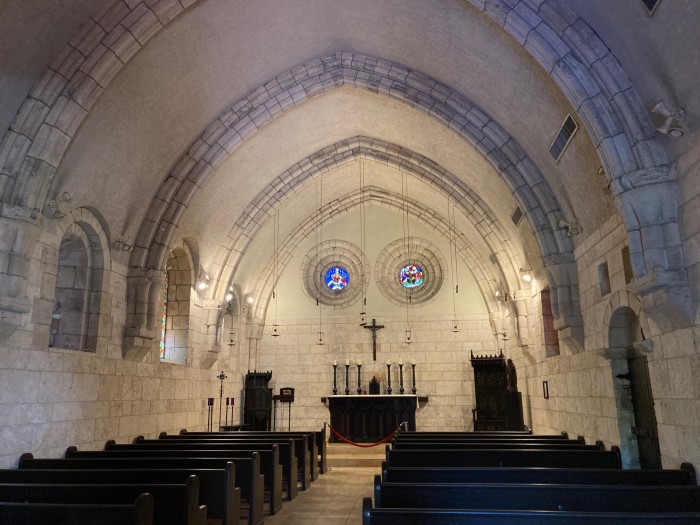 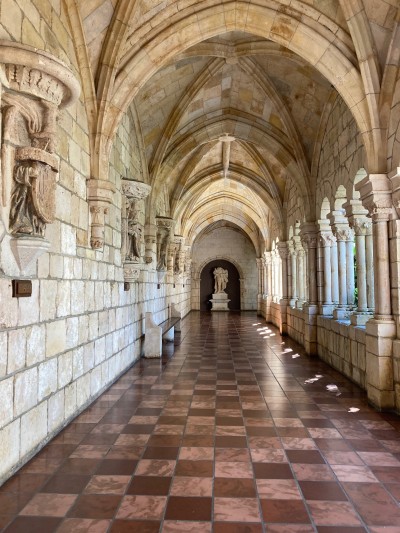 Knowing where to get a good cup of coffee is key to a successful trip … right? And The Alchemist didn’t disappoint! This unique shop had been featured in the local paper or a magazine, and my grandparents were excited to try it. Their breakfast was delicious – waffles, florentine pizza, and delicious granola. And my golden milk latte was better than I expected! 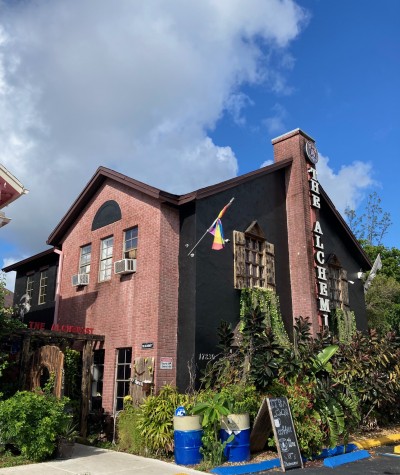 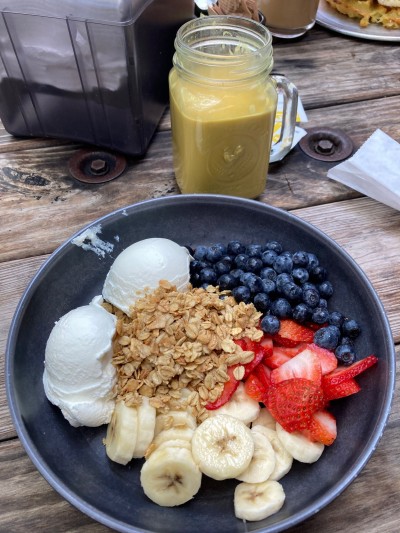 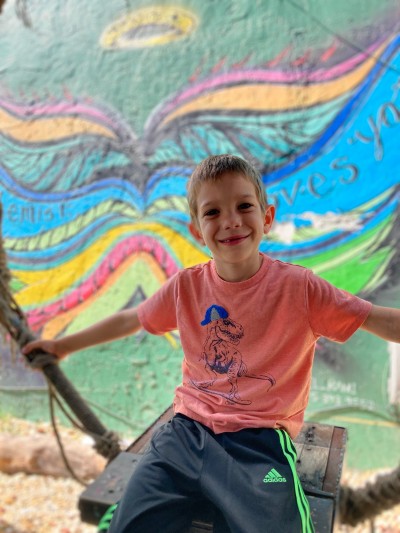 Plus, there are a lot of fun photo ops surrounding the outdoor seating area, which is great if you have an antsy child. It is just down the road from the Spanish Monastery, so it’s easy to hit both of these places in a morning.

Gulfstream Park is very close to my grandparents’ condo, so it made for an easy afternoon destination. Or it would have, if Joss had been in a better mood. Either way, it was fun to watch our first horse races! 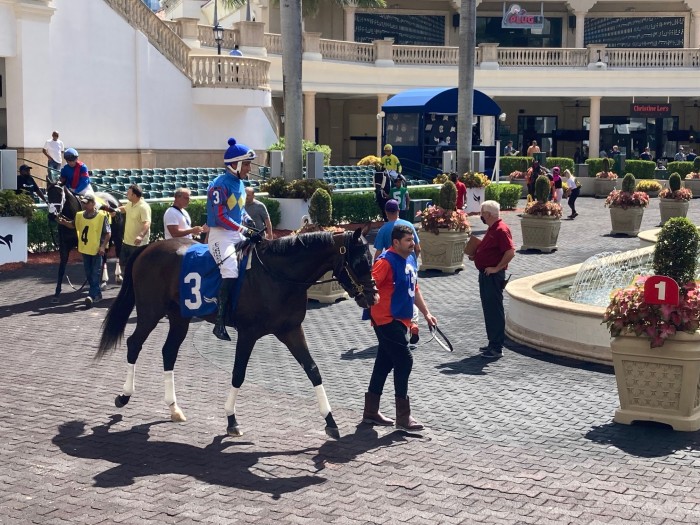 The race track is surrounded by a shopping area. We didn’t do too much exploring, but there are cafes and restaurants, clothing boutiques, etc. 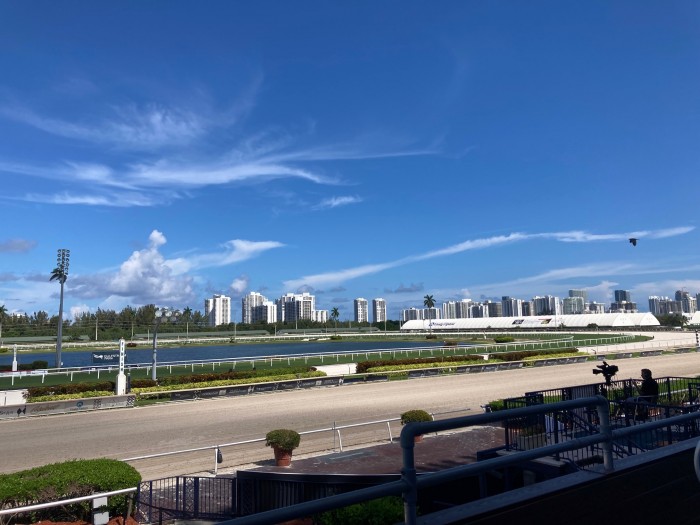 Best of all, you can watch the races for free, making this some affordable entertainment! 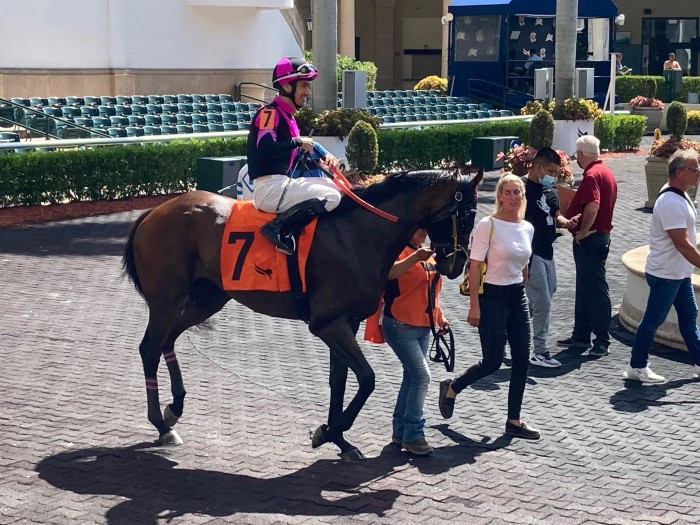 The horses race about every thirty minutes, I believe. Before each race, they parade around a common area so you can get a closer look. So pretty!

The final major activity we did in Miami was visiting the Aventura Mall. Sadly(?), the giant clocktower slides were closed, but they have the cutest splash pad! There’s also a two or three-story Apple store, multiple restaurants, Joss’s favorite – the Lego store, play areas and multiple art installations. 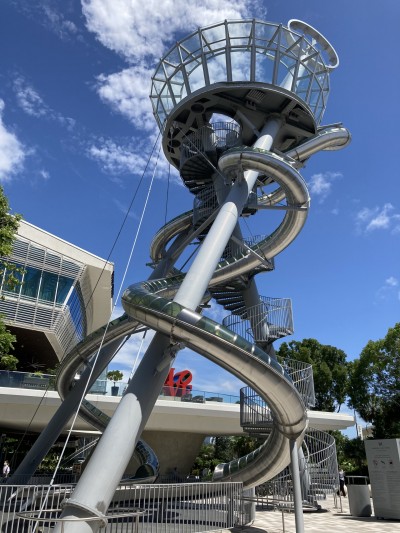 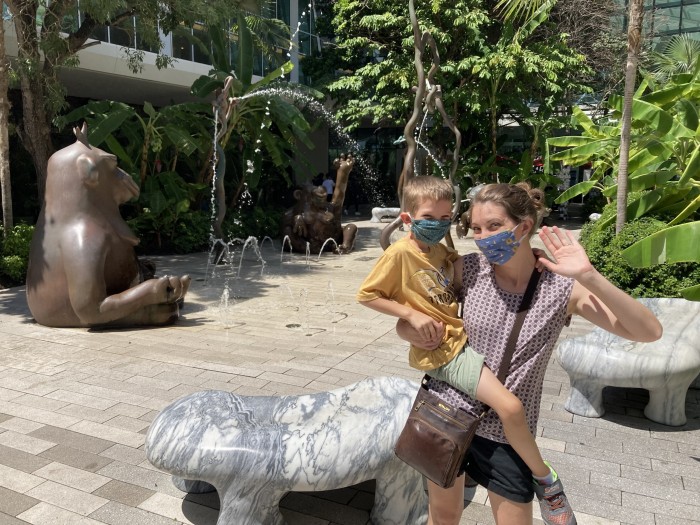 We also got to try Bloomingdales’ famous frozen yogurt, which was very sour. Joss was not a fan, but I was! 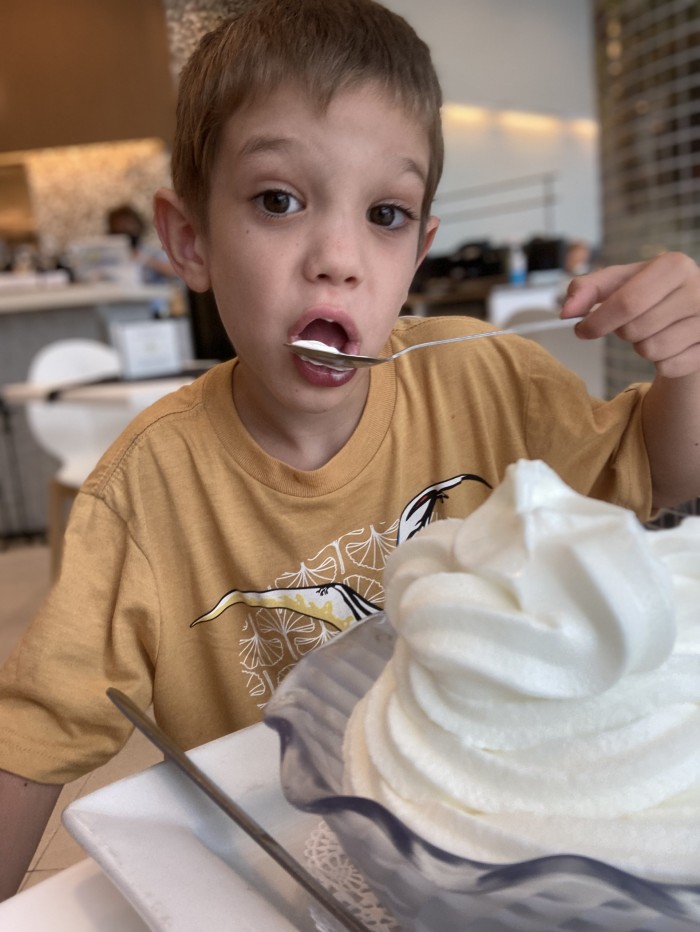 Since we only had three days in Miami, we didn’t have time to browse the Design District, but it’s on our list for next time! Think murals, unique shopping and dining, sculpture, etc. An Instagrammers dream 😉 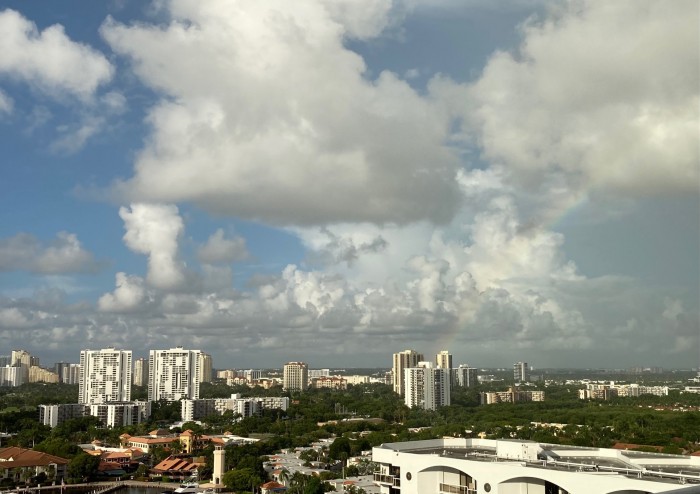 Going to miss waking up to this view!

Despite the travel hiccups and COVID concerns, we had a fabulous vacation. Miami is a hot spot for the delta variant, but I will say I was impressed to see multiple pop-up COVID test and vaccination tents. So they were at least trying to make it very easy to get tested and vaccinated! Anyway, hopefully this gave you some ideas for what to do if you ever visit Miami in the future! And feel free to let me know in the comments what we need to do on our next visit! 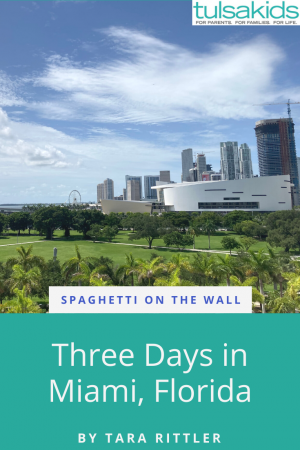