These Are a Few of My Favorite Things: May 2021

I‘m at the point where I’m probably going to forget to go somewhere or do something. It’s just a matter of time. I’ve been trying to do some long-put-off “adulting” lately, which means extra doctors and vet appointments, etc. All of which, in addition to the coming onslaught of summer festivals and other events plus a busy season at work, means life is a bit frantic! So I wanted to just share some things that have brought me joy lately. New businesses in Tulsa, film, and more.

Somehow, a post from Wildflower Cafe ran across my newsfeed on a Tuesday night. It informed me that they were having a soft opening the next day, with FREE breakfast and lunch! Since Wednesday is Joss’s “distance learning” day (aka, screen time day, ugh), we went on a mommy-Joss breakfast date. 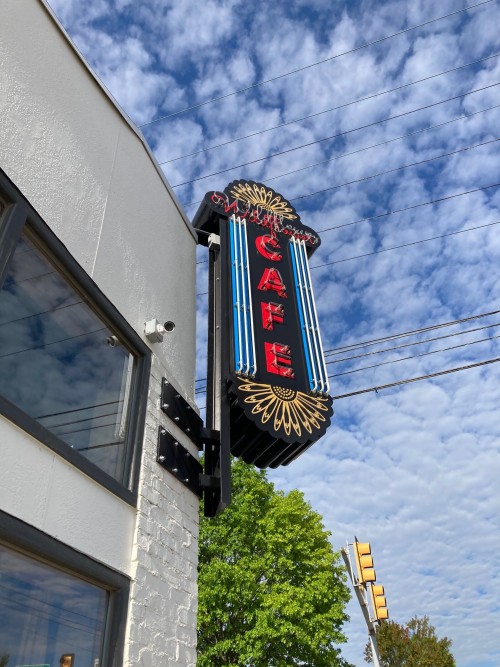 Wildflower Cafe is located on the corner of 11th St. and Peoria. Historic Route 66, just down the street from Buck Atom’s Cosmic Curios and Decopolis, some other Route 66 favorites. The food is homemade, and the decor is absolutely charming. Eclectic, country-inspired, with lots of beautiful colors. 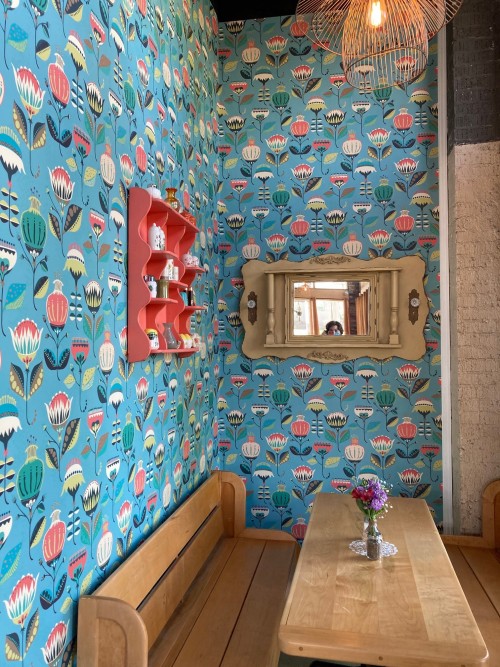 I ordered a piece of quiche and a biscuit, both of which were delicious. LOVED the veggie quiche. Joss got a fresh, strawberries-and-cream pancake. I don’t know what coffee they use, but it was very good. Next time, I’m going to have to order a slice of homemade pie! 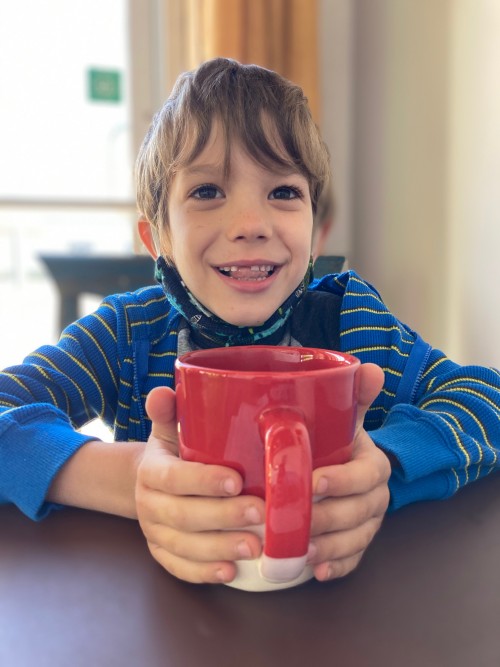 Wildflower Cafe officially opened on May 10. Their hours will be 7 a.m.-3 p.m., Monday-Saturday, I believe. 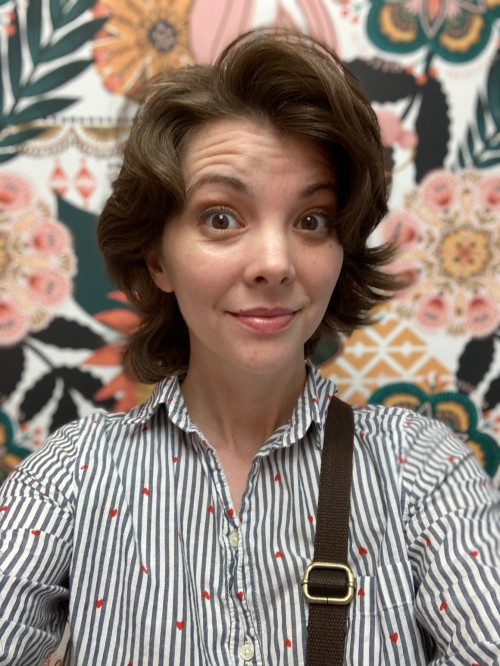 This is the wallpaper in their bathroom 😉

I’ve heard such great things about Laurannae Baking Co. But their original store is in Broken Arrow, and I never make it down there. So I was THRILLED to learn that they have a new location in the Tulsa Arts District! The shop is located at the front of Press Yoga, so it’s small. However, there is both outdoor seating and several tables indoors. 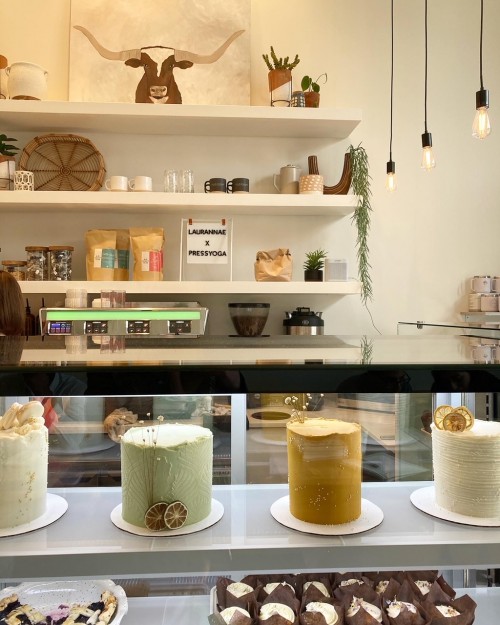 I particularly enjoyed my Ginger Peach Tea Latte. They have a full espresso bar, but since it was late in the afternoon, I opted for tea. Joss devoured his Chai Doughnut, and I got an Earl Grey Cupcake that was very moist and yummy! 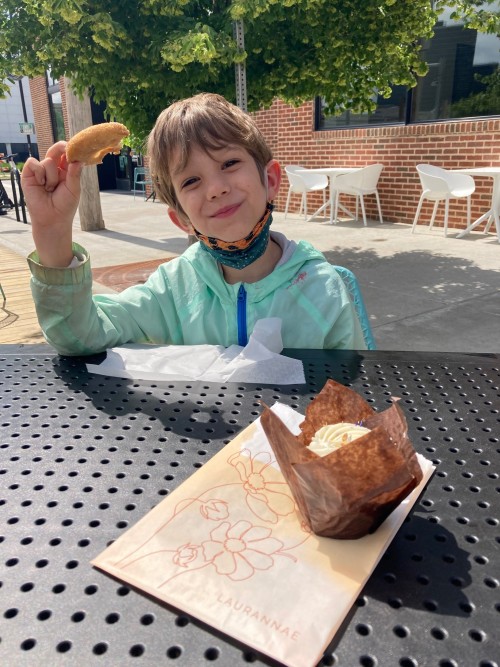 The Mitchells vs. The Machines

Have you watched this movie yet? It came out on Netflix a couple weeks ago. It’s about a self-proclaimed “weird” family who are surprised to find themselves  humanity’s last hope against the machine uprising. As the film says pretty early on, “We have no idea what we’re doing.” In addition to the robot apocalypse, the film is about repairing the relationship between the dad and daughter Katie, who’s about to leave for college.  She’s an aspiring film student desperate to leave home and finally “find her people,” as she’s felt like an outsider her whole life.

*Spoilers* Throughout the film, she comes to realize how much her dad loves her, and he starts to believe in her talent and dreams. The whole film reflects Katie’s cinematic vision, so there are some really fun Easter eggs, pop-ups and other effects. The following video is a spoiler, but in the event that you’re like me and don’t really care about that, it’s super fun. Joss and I have listened to and watched it several times. Great payoff! 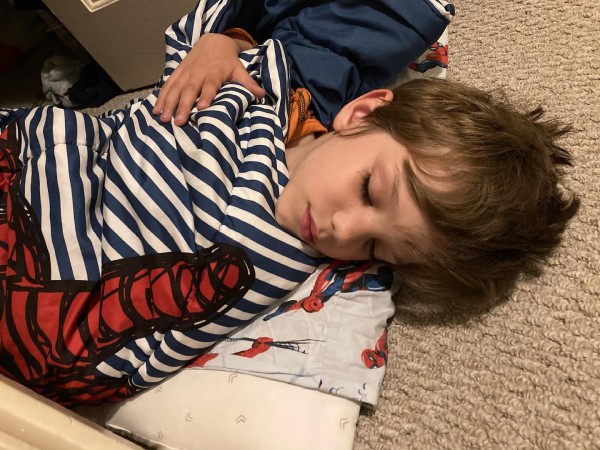 OK, the “falling asleep on the floor” may not be my favorite thing ever. But it’s pretty cute, once he’s finally asleep. For four nights in a row, Joss made a little bed on the floor, right in the middle of his doorway. As long as he’s asleep, I guess that works?

Lately, he’s been interested in the meaning behind names and how names are pronounced when they’re said backwards. He thought it was hilarious that “Tara” backwards is “A Rat.” And he was very proudly telling everyone that Joss means “Merry One” for several days, until one of his friends at school responded, “That’s because you want to marry [a girl in his class]!!!!” He said, “I do want to marry her, but that doesn’t mean I want him to say that.” It’s just fun to see what captures his interest.

Hopefully, we’ll get to know his school friends and their families a little better! The other night after school, he started demanding that I order pizza. I’d just got him a Happy Meal. “But all my friends are coming over later for a party, Mom! You have to get pizza!” This is the first I’d heard of that! I need to do better about setting up playdates with friends. He loves seeing them at school, but apparently that’s not enough social interaction for him 🙂

If you’re looking for a new favorite, ultra-indulgent treat, may I recommend Crumbs and Doilies’ Cookie Dough Brownies? I was craving chocolate chip cookies the other day, and remembered seeing a post on Instagram that they’d just posted the following video:

It’s three separate steps – brownie, cookie dough and ganache layers. But individually, they’re all very easy, and the end result is SO worth it! 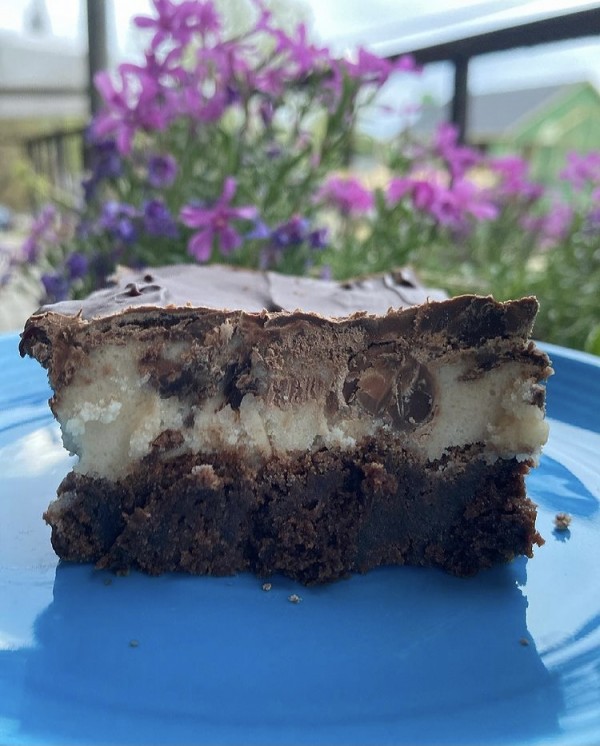 What are some of your favorite recent discoveries? Leave your movie recommendations, new recipes, etc. in the comments! 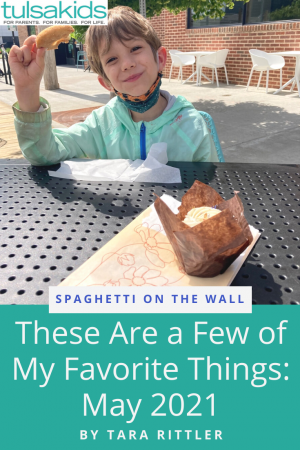