The Sounds of Silence 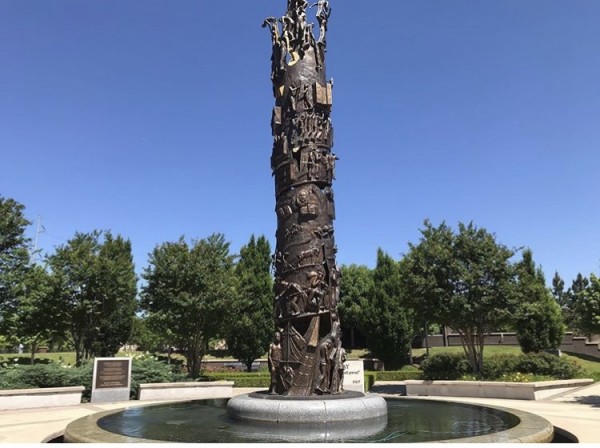 When my husband and I moved to Tulsa in 1984, I taught Gifted & Talented classes at two middle schools. I was writing curriculum and, being new to Tulsa, I wanted to engage students by teaching a unit on something in their own community. The Tulsa Race Riot, now more accurately called the Tulsa Race Massacre, seemed to be a good choice – rich with topics that middle school kids could discuss. I was naïve. Not one kid had even heard of the Tulsa Race Riot. They thought I was making it up. Or kidding. So did some of the parents. It was a disorienting and eye-opening moment for me. Long-time Tulsans had never heard of this moment in their own history. And some wanted to deny that it happened.

As we have witnessed this week with the murder of George Floyd in Minneapolis, the Tulsa Race Massacre is not a static moment in history that we can objectify and forget, but a living continuum of systemic racism that threatens to rot our great country.

The protests across the world are people crying out to be heard. Those of us who are white need to listen. I understand that I have privilege because of my skin color, and I am racist because I have been brought up in a system that will not let me escape that. My own biases and prejudices are the result of being part of that system.

I’m not saying that I was raised by racist parents. Quite the opposite. The reason I knew about the Tulsa Race Massacre was because my dad, who was a professor in social studies curriculum and instruction and a specialist in constitutional school law, talked about it at home. He was the son of Eastern European immigrants and was subjected to certain prejudices himself. He was the first person in his family to go to college. Education was a path out of poverty for him, but he always recognized that his skin color put him ahead of black youth who were trying to carve the same path. The message in our home was clearly that we were not better than anyone else, including black people.

I saw my parents actively working to support oppressed people. My dad used to send student teachers to his friend Clara Luper’s classroom in Oklahoma City so they could learn from her mentorship as a teacher and a civil rights activist.

Discussions about racism and white privilege happened in our home and should happen in every home. Now is a teachable moment. There are many resources available, but we adults must get clear with ourselves first.

I have been listening to many people this week, as I have tried to listen carefully to individuals – black, white, brown – in the past. I have made an effort to actively seek out people who are different from me and to become better at listening the past few years. Many of these voices are never heard. Some are actively marginalized.

Parenting Media Association (PMA), our professional organization, has been having publishers’ calls every week. They have been about coronavirus and the effect on publications across the country. This week, however, was all about George Floyd. There was a sincere discussion about the lack of diversity and inclusion in parenting publications. One publisher from a southern state said, “White parents don’t think they’re racist.” We are all trying to do better. And I believe that our efforts won’t stop with that call. I know that I have to think and re-think how to create not just diversity, but inclusion, in TulsaKids and to develop policy around that. I hope the PMA will do the same as an organization.

I don’t know what to say about the tragedy of George Floyd. It’s sick and twisted that a person who is supposed to be protecting the community is actively killing a black citizen by literally squeezing the breath out of him. I know that the murder was not an isolated incident. I know that people are tired of not being heard. The protests are a way to give voice to anguish. Those of us with a certain skin color can go home and close the door on that anguish. Others must live with it every single minute of their lives. My hope is that we don’t go home and shut the door. After listening comes action to change. We must not maintain the status quo of systemic racism. We can hear our brothers’ and sisters’ pain. We can become better listeners in order to understand how to move forward together toward a better future for America. 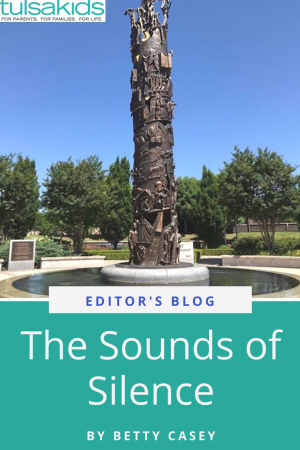