The Danish Way of Parenting

Are you raising a happy adult? 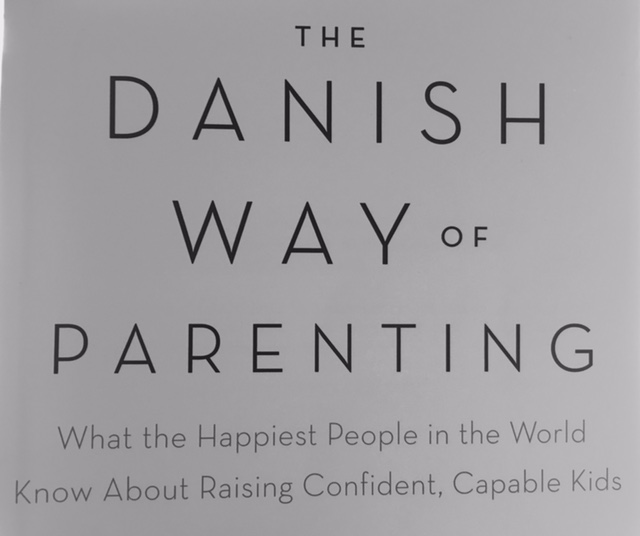 Ask most parents if they want their kids to be happy, they’ll say, “Yes, of course I do. What a silly question.” But should parents be responsible for their children’s happiness and success? What is it that we owe them beyond food, shelter, clothing, love and guidance? Answering these questions would have to start with a person’s definition of “happiness” and “success.” Those definitions carry cultural connotations say the authors of the new book, The Danish Way of Parenting: What the Happiest People in the World Know About Raising Confident, Capable Kids by Jessica Alexander and Iben Dissing Sandahl. The authors invite parents to look at the American idea of a successful child. How do we, in our culture, define success? Does it lead to a happy adulthood?

Alexander, an American mom married to a Dane, and Sandahl, a Danish psychotherapist, both with families, set out to dissect how Danish parents approach child-rearing. Why Danish parents? Denmark carries the distinct honor of having the happiest people in the world according to the OECD (Organisation for Economic Co-operation and Development) almost every year since 1973. And the World Happiness Report (United Nations) also puts Denmark at the top of its list. While the authors concede that there are many factors at play in creating a happy population, they chose to exclusively focus on Danish parenting.

Admitting that she “wasn’t born with all those innate nurturing mother skills…I wasn’t a kid person,” Jessica Alexander wrote that when she became pregnant, she was fearful that she would be a bad mother. Having had the opportunity to observe Danish children for eight years, she noticed that they were consistently “happy, calm, well-behaved kids.”

So, she enlisted her friend Iben Dissing Sandahl, a family therapist who had worked for many years in the Danish school system, to help her explore the Danish parenting philosophy.

Most American parents wouldn’t think that it is “right” to eat dinner at nine p.m. and hang out with family members at homes and restaurants until midnight. But this is common in other countries such as Italy or Spain. School may not start until 10 a.m. the next day. Every culture has differences in parenting, and we see things through our own cultural lens. Sandahl and Alexander ask us to look at what it means to be “an American parent.”

The authors point out that stress levels for adults and children are high in the United States. They attribute it, in part, to living in a competitive culture where many parents become excessively competitive with “themselves, with their children, and with other parents without even realizing it.”

Alexander and Sandahl came up with the acronym PARENT – play, authenticity, reframing, empathy, no ultimatums and togetherness – to describe the Danish method of parenting.

A chapter is devoted to each letter:

The authors point out that play in the United States has declined dramatically in the last 50 years. Technology and organized, adult-sponsored-and-led activities have overtaken the hours of free play that children used to enjoy. While there are numerous studies that show free play enhances child development, American parents tend to value measurable success – early reading, mathematics, athletic prowess. While free play teaches resilience and self-reliance, over-scheduling/training/programming can lead to anxiety.

Alexander and Sandahl point out that Danish children don’t even start formal schooling until age 7 because play is so important to healthy development: Danes focus on the whole child rather than education or sports. They want children to develop a strong inner drive rather than feel pressure to get good grades, awards or praise from parents or teachers.

The book describes scientific studies that show how free play helps develop children’s brains and makes them better at regulating stress as they grow. Some of the tips in the book include: Danes let children play alone; they don’t feel guilty if their children are engaged in free play without adult intervention; they do let their children guide the play; they don’t intervene too early in disputes with other children; they create an enriching, technology-free environment; they go outside; and they provide supplies for spontaneous, unstructured art.

Alexander and Sandahl begin this chapter with describing how Danish films are often sad compared with happy Hollywood endings. Danish parents accept and acknowledge every emotion rather than glossing over problems so that everything is always good. Danes also value humility, so they tend to not overpraise children. They focus on the task rather than the finished product. Over-praise can lead to a fixed mind-set where kids feel they are either smart or not smart, which makes them focus first on how they will be judged – smart or not smart – which makes them stop trying. By focusing on effort, kids see their intelligence as something that can grow and change, so they try harder and learn more. Children can focus on themselves and their own growth rather than comparing themselves with others.

Reframing involves taking the way we see things (our own truth) and looking at it in a new and different way. Danes generally don’t focus on the negative in a topic. They are realistic and can see the negative in a situation, but prefer to see the positive aspects over the negative. Parents help children see different aspects of a situation (reframe) so that they can focus on less negative aspects or conclusions. Alexander and Sandahl recommend avoiding labels: “He’s a picky eater”; “She never listens”; “He hates reading.” Maybe the child is just tired or hungry, but the label can become a self-fulfilling prophecy.

“Empathy is the ability to recognize and understand the feelings of others.” According to The Danish Way, the U.S. has seen an almost 50 percent drop in empathy in young people since the 1980s and ‘90s. Narcissism, however, has doubled. Alexander and Sandahl say that the belief that human beings are essentially selfish, aggressive and competitive is ingrained in the culture of the U.S. Empathy helps us live with others and is essential to survival. Parents model empathy. Problems arise in families where children are exposed to abuse or, conversely, in families that are very overprotective. Parents who are afraid to let children fail or who must fulfill a child’s every wish hinder the child’s ability to feel empathy for others. Danes actively teach and model empathy at home and in schools; they show vulnerability; seek out empathy in others; and practice understanding others.

Issuing ultimatums, spanking and yelling are not effective. Spanking has been illegal in Denmark since 1997. Danes see children as inherently good, and use a democratic method to parenting, creating boundaries, but allowing children to question. They expect respect, but also respect their children. In schools, children create rules with their teachers every year.

Danes spend quality time “cozying around together.”  Older children are encouraged to help and play with younger ones. “For Danes, having a warm and lovely experience together is the ultimate end goal…” This may go against the American idea of the individual. We as a culture tend to think individualistically. Dane parents have fun together with children; make the atmosphere cozy; take a break from complaining; keep things simple; encourage team building; confide and share; sing together; celebrate everyday togetherness.

The Danish Way comes out in August 2016. You can find out more at thedanishway.com. I don’t know that I felt responsible for my children’s happiness, but I wanted (and want them) to be happy, whatever that means for each of them. I wish I had read this book when my children were young – it has some good insight and suggestions. Happiness as an end in itself seems like chasing a bunch of Super Balls around a room, but The Danish Way looks at happiness as a conscious process to follow through life rather than product, and that seems to be a sensible approach.

What do you do to create a happy life for your family? Do you feel responsible for your child’s happiness? Do you think American culture creates anxious kids rather than happy ones?