When I went for my first obstetrics appointment, pregnant with my second child, I was unprepared for the doctor’s question. After the routine tests and confirmation that I was indeed, pregnant, he paused and said, “May I assume this was not a planned pregnancy?”

I was surprised at the question but replied this was very much a planned and desired pregnancy! Why did he ask that? I had conceived my second child when my first child was only six months old, meaning they would be just fifteen months apart. The doctor assumed no sane person would have planned for children to be spaced so closely. Sanity aside, my husband (now my ex) and I had decided we wanted our children to be close in age. We loved being parents and we assumed the addition of another baby would be an easy adjustment. Of course, we had no concept how hard that first year would be.

The “experts” on birth spacing recommend waiting 18 months between pregnancies to allow your body time to heal and recover. This wait also reduces the risk of pregnancy complications. There are so many other reasons why it’s better to space your children further apart, including the financial impact and the emotional and physical drain of tending to the needs of a toddler and a newborn. 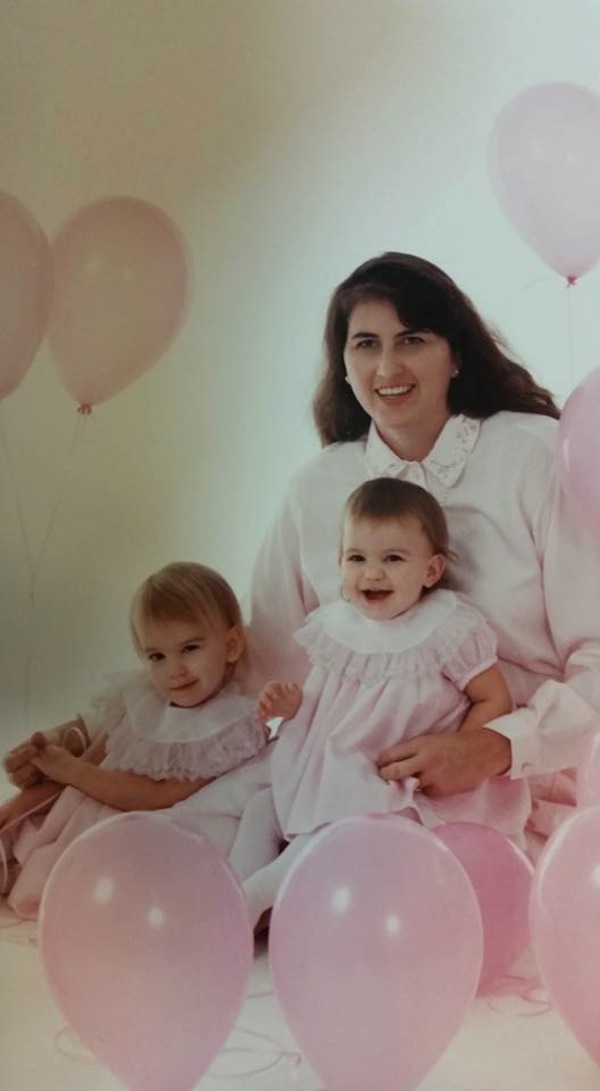 But here’s why, despite the exhaustion, I loved having my kids fifteen months (and one week) apart. I’m an all-or-nothing kind of person in some regards. If I open a sleeve of thin mints, the sleeve will be empty within minutes. I don’t do anything halfway.

Apart from not sleeping for about a year, I liked being immersed in the baby stage all at once. For two years, my life was all about babies, and our house was filled with baby gear: two cribs, two changing tables, baby monitors, stacks of diapers, and all the paraphernalia that goes along with babies. It was an intense phase, but then all the baby “stuff” was given away and together, they moved on to the toddler stage, pre-school and school.

They liked playing with the same toys and seeing the same movies. They took ballet and swim lessons together and had lots of mutual friends. Because the youngest one was always tall for her age, they were often the same height and mistaken for twins.

Being so closely spaced meant an intense relationship, positive and negative, between the girls. There were a few phases during the toddler stage where I couldn’t leave them alone for an instant because the fighting over a toy could quickly escalate into a full-fledged battle with hair pulling, pinching and biting. But they also spent hours having fun with their built-in best friend. Having a close sibling honed their negotiation skills as they learned to compromise and share. Taking turns with My Little Ponies and sharing Barbies evolved into taking turns riding shotgun and sharing clothes. Every day was training for the real world that wouldn’t always revolve around them.

If you listen to the experts, three years seems to be the recommended spacing, and I can see there are advantages with the longer gap. One of my sisters has a strange preference for calm and order, so the right choice for her was very different than mine. Her kids are five years apart, and that was the perfect spacing for her family. Although the experts have credible advice, each family must evaluate their needs and plan for what fits best for their situation and personality type.