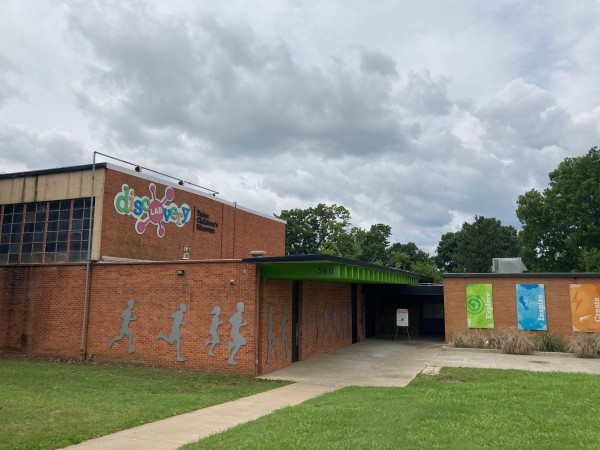 Good teachers are such a blessing, and that goes for summer camp, too! Just wanted to write a blog post saying how much Joss enjoyed his Discovery Lab science camps this summer. And how grateful I am for everyone there who worked so hard on behalf of the campers!

We enrolled in three Discovery Lab camps. The first, a two half-days camp at the beginning of June, was all about exploring the senses. It was for ages 4-6, so Joss was one of the older ones. SENSEational Exploration proved to be a nice way to ease into the new summer routine. The kids made homemade binoculars using loo rolls 🙂 as well as scented play dough. They explored different textures like aluminum foil, sand paper, etc.

The following week was Culinary Chemistry, a weeklong, full-day camp for ages 6-8. This was the one I was most excited about, since I love baking! Not that I was in the camp, but still. The kids’ culinary explorations progressed as the week went on. They made all the classics: rubber eggs, homemade ice cream, butter, soda, gummies, bread, and more. A big hit was seeing what happens when you microwave a giant marshmallow! 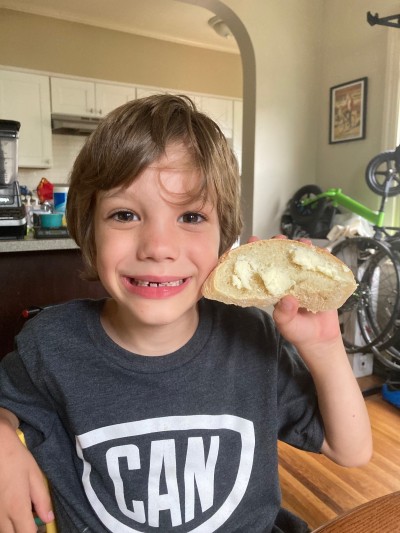 Now, I don’t know exactly what recipes they used at Discovery Lab, but click the links above if you want to try some of your own culinary chemistry!

This past week, Discovery Lab campers got to learn about different scientific jobs relating to space exploration! They even got to talk to a real space engineer over Zoom. Joss was slightly disappointed because he’d asked what gear and outfits astronauts need when they go to other planets, and the engineer told him what astronauts need for lunar travel. I explained that we haven’t walked on other planets yet, so it’s possible they just don’t know yet. Worth looking into! We also had a nice conversation last night about visiting NASA, so I think it’s safe to say this camp was inspirational!

Other activities included building his own *moving* robot! What Joss really wants is a robot that moves AND talks, but this is a step in the right direction! 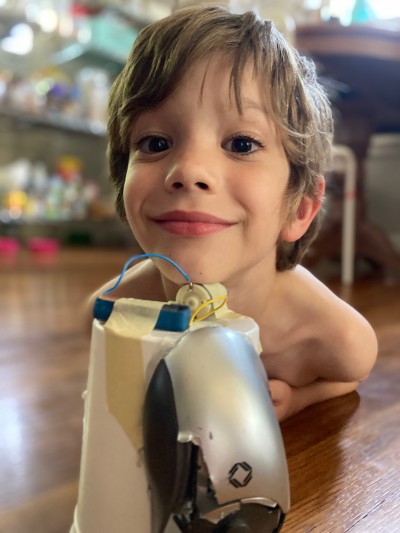 They also made pool noodle rockets. This version is a little bit different, but click the link if you want to try making one of your own! 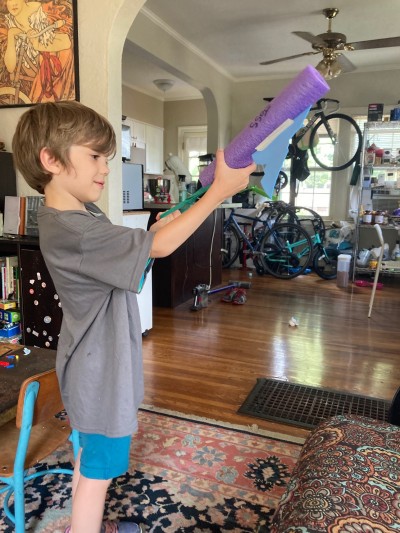 Several of the Discovery Lab camps are sold out, but it looks like these may have space available:

Brick Build-It: ages 4-6, July 6-9,  9 a.m.-12 p.m. or 1-4 p.m. Engineer a variety of structures using bricks while exploring concepts of force. Campers will use creativity to learn principles of engineering.

Ozobot Coding Camp: Level 2: ages 8-12, July 12-16, 9 a.m.-4 p.m. Building on a foundation of coding knowledge, campers will program their Ozobot to overcome a series of challenges. Campers should have some prior experience with coding to ensure success.

Flying Machines: ages 8-12, July 19-23, 9 a.m.-4 p.m. Prepare for take-off! Using Newton’s Laws and other principles of physics, create flying machines and devices that defy gravity. Experiment with lift, drag, weight, and thrust to propel your way into the air.

Mysterious Planet: ages 8-12, August 2-6, 9 a.m.-4 p.m. Step into the shoes of geologists, volcanologists and paleontologists who have just woken up inside a mysterious bunker laboratory. Use your skills and trusted tools to explore the outside environment and strange specimens while running experiments and simulations in the lab to solve the mystery of where you are.

All week-long Discovery Lab summer camps are $250 and include a camp T-shirt. Members receive a 10% discount. Since we were members at the time we enrolled (need to renew now!), I think as far as full day camps go, they were pretty affordable. Although not as affordable as Tulsa Public School’s FREE camp in July, which is what we will definitely be doing next month! 🙂

Learn more and register at https://discoverylab.org/programs/camps.

What are your kids doing for summer camp this year? Share your recommendations in the comments!