Suicide can touch anyone at any time. The 2017 National Suicide Prevention week is Sept. 10-16.

When someone takes his or her life, loved ones are left behind to keep living after the loss. Suicide can touch anyone at any time. It knows no socio-economic, age, race or gender boundaries. Hearing the stories of loved ones left behind may be difficult, but each death is a person – a daughter, a son, a mother, a father – with a name and a unique life to be remembered and treasured always.

To remember those who were lost to suicide and to call attention to the issue, families will invite everyone to the join them in the Out of Darkness Walk to Fight Suicide on Sat., Sept. 9 in the Garden Area of LaFortune Park, 51st & Hudson. Registration is at 3:30 p.m.

Our son Adam was the youngest of our three children. When my husband, Tom, and I sent him off to college in the autumn of 2003, we did not expect him to die. Our other two children were doing well, had survived the “college experience” and were moving on with their adult lives. While Adam was away at college, it did seem at times during his infrequent visits home that there were differences I noticed in his habits: not sleeping well, weight loss, a little withdrawn or quieter than he had been in high school. I attributed all of these things to college life; never in a million years did I think to myself, “These are sign of depression and possibly suicide.”

As a parent, I just assumed he was trying to figure out what major to declare, what apartment to rent after freshman year, which part-time job to get to help with expenses, how well he did on finals. Adam had never been diagnosed with depression. We all have seen the commercials on televisions: depression can kill. I will admit that I was one of those people who thought, “Get over it. Tomorrow is a better day; think happy thoughts.” Oh, if it were that easy.

We are an average, all-American family. Tom and I have been married over 40 years. We have three healthy, normal “kids” who are now adults; it’s just that one of them has died.

Adam continues to teach me even beyond death. When Adam died on July 25, 2007, I had absolutely no idea that suicide is the second leading cause of death among college-age students in America. Every parent sending a child off to college should know this. I did not know that four times as many men as women die of suicide. I did not know that Oklahoma ranks ninth out of the 50 states for suicides per capita. I did not know that in America, someone dies by suicide every 13 minutes.

And, while I am glad to have gained all this knowledge, I would gladly remain ignorant if I could have my Adam alive and healthy, living to a ripe old age. I will never see him be a college graduate, get engaged, married, have children, enjoy a long career, or live to be a grandpa.

Mental health affects each and every one of us, and we need to be willing and open to discuss depression, suicide, and intervention for the sake of all of us today and for the sake of future generations. Adam’s death cannot be in vain. He was not selfish nor was he stupid (as many people describe someone lost to suicide). Adam was very smart and oh so kind and thoughtful, athletic, handsome and funny. He loved books and laughter. He would never intentionally hurt his family and friends. He was sick and needed help.

Please be aware. Speak for those who cannot speak, and fight for mental health parity. 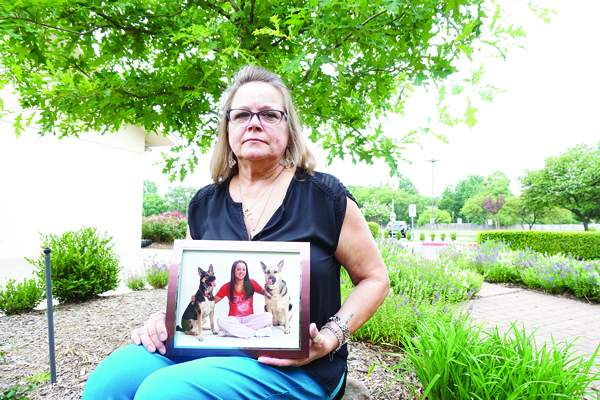 My only daughter, Chelsea, took her life when she was 22 years old. She was an animal lover, and never hung up the phone with family, or walked out the door without saying, “I love you.” But, she would often talk about how mean the world was.

Chelsea was a bank teller in Bixby, and nothing seemed unusual the day she took her life on June 12, 2007. She went to work, and then took an early lunch to go by a car dealership to check on getting some car repairs. She went home and called the bank to say she would be running a little late getting back to work. When she didn’t return, a coworker drove by her house. She found Chelsea inside with a gunshot wound and called 911.

When I turned the corner and saw the police tape and the medical examiner’s car, it was the most God-awful feeling in my life. They told me that Chelsea had been involved in an accident at her home and that I needed to come over. I thought that was odd, but I was not prepared for what I found.

Chelsea had been treated for depression and was taking an antidepressant, but had no previous suicide attempts. The night before Chelsea died she seemed upbeat and normal. When I think back, I ask myself, “What did I miss?”

My daughter was not a quitter. She was a high school cheerleader, played softball for 12 years and showed grit under pressure. She finished everything she ever set her mind to do.

I lost my daughter to a mental illness. 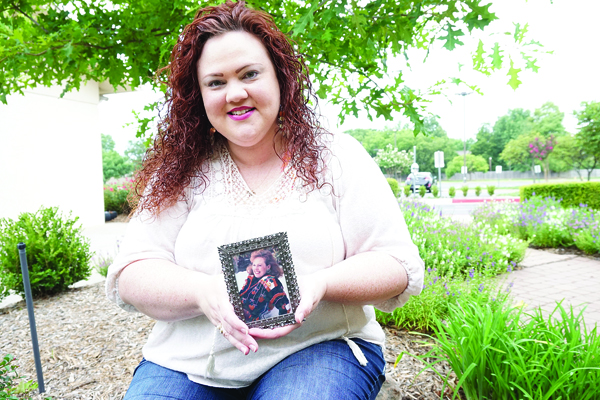 I have this theory that it’s impossible to feel anything less than pure joy when consuming homemade baked goods – cakes, pies, brownies, and especially my mother’s sugar cookies. Brightly-decorated like the Christmas sweaters she loved to wear, they’re always the hit of the party.  One bite and you just know: the secret ingredient, besides lots of butter, is love.

Even though it was quite the process to roll, cut, bake, and ice “the cookies,” Mom would make them for holidays, dinner parties, and other special events. She loved giving them to her friends and loved ones.  Our good friend Jacques will probably eat anything sweet, but his favorite has always been the sugar cookies. I made some for him once, and when I gave him the box, I could almost see that he was saying this little prayer to himself, “Please let it be THE sugar cookies!”  When he opened the box, his face lit up like he was a 5-year-old and I’d just told him we were going to Disney World.

I recently realized that Mom knew about my theory long before I came up with it. But for her, it was really about sharing love and bringing joy to people’s lives. That was what brought her joy.  She truly was the most generous person I’ve ever known.

It’s been over 10 years since Mom has made any of her famous sugar cookies. I still have trouble believing sometimes that she’s no longer with us. And, even more so, that we lost her to a self-inflicted gunshot wound to the heart. “Suicide” is what her death certificate reads, but really that’s just the manner of her death. The cause is much more difficult to explain. Sure, we can name it – depression, brain disease, mental illness. But what does any of that mean, really? I think the most simplistic definition is that she lost her joy; she was sad and in pain. But it’s more complex than that, of course. The chemical imbalance in her brain tricked her into thinking, no, believing, that she would never be able to feel or experience joy in her life ever again. And so, she lost her ability to seek joy, to pursue happiness, to be stubbornly glad despite her suffering and the heartache caused by her brain’s lies.

I have struggled since Mom’s passing to find joy for myself. There’s this extreme sadness in knowing that I’ll never be able to share another moment with my mother. But I’ve come to believe we’re here for happiness. We can’t always focus on the sorrow and injustice of the world. That’s why we have Karaoke and sunsets and melted cheese and beach vacations, right? It’s during those moments of joy that we find our purpose, that we experience the Divine. And I realize now how lucky I am to be able to carry on Mom’s legacy of delivering joy, and sugar cookies, to others.