State Testing: To Waive or Not to Waive? 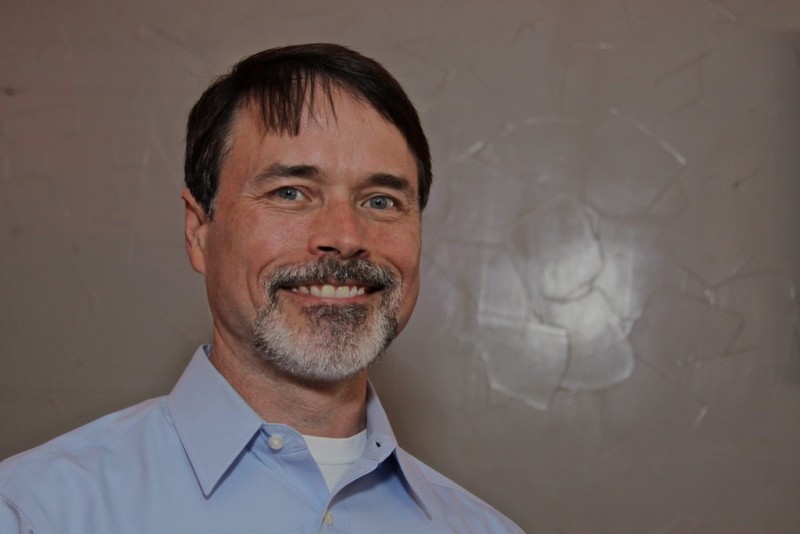 I’m a teacher-turned-legislator, trying to figure out where we go from here. With covid-19 cases surging in Oklahoma, we can foresee a repeat of last year, when the disease forced a shutdown of Oklahoma’s public schools. One thing we didn’t have to worry about last year was standardized testing. Recognizing that the pandemic shutdown made testing impossible, the federal government approved waivers to suspend testing here and throughout the country. Is that going to happen again in 2020-2021?

I decided it was time to start that conversation, so last week I sent a letter on behalf of the House Democratic Education Group, requesting that Oklahoma request a waiver again. After all, kids lost ¼ of the last school year. Even without disruption this year, will their tests generate reliable data? There’s a lot at stake: In addition to giving every school a letter grade based largely on test scores, OSDE allocates tens of millions of dollars to schools designated in need of comprehensive improvement. But the system we use has also been criticized for doing nothing more than indicating which schools are in poor neighborhoods. Oklahoma City has no A schools (aside from one charter); Edmond has no F schools. And has all this federal aid actually helped any schools get out of the basement? I’m still waiting on evidence of that from the State Department. Meanwhile, money keeps moving out of neighborhood public schools and into charter schools, and veteran teachers continue to flee the test-bound, data-driven system.

On Friday Dr. Hofmeister responded: “We believe any discussion of a federal waiver request is premature… the USDE has clearly conveyed that it is outside their authority under ESSA to consider waivers for the 2020-21 school year barring a natural disaster or widespread disruption.” That’s a fair point, as far as it goes. It is up to the federal government to waive or not to waive. But is it too soon to talk about it? I took the issue to some online teacher communities to find out that they thought. The results did not surprise me.

The vast majority of teachers who spoke out – and there were almost a hundred – felt that another waiver was necessary. Only one person spoke out for the system – and he worked for the Department of Education. Everyone else felt that things would be hard enough next year without the burden of tests that might generate bad data anyway, given the challenges we will be facing. More than that, many career educators expressed their consternation with a system they feel has become oppressive. High-stakes testing, testing of 3rd graders, summative grades for schools based on test performance, had all created unbearable burdens on their teaching. Maybe that’s a reason so many are leaving.

I don’t believe this is a case of bad bureaucrats against noble teachers. I’m a teacher myself. I know that we need standards of measurement. And we are talking about a federal law requiring state tests. But I hope that the officials who oversee our state education apparatus recognize the opportunity for dialogue with the people in the classrooms. Teachers won’t just shut up and teach. They need to be heard, and if their voices are not considered, they leave. We are at a crisis point in testing at the state and federal level. Something has to give. The way forward is for us to begin a grassroots discussion to inform state officials all over the country. The states should push the federal government to do the right thing. It’s a big complex system, but if we don’t begin with the fundamental unit – the classroom – how can we say that the system is designed to serve our children, and not itself?

John Waldron represents District 77 in the Oklahoma House of Representatives. 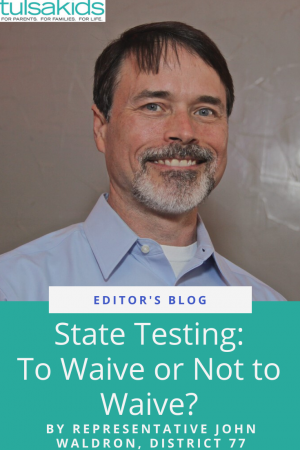