Special Needs: Five Things NOT to Say to the Family

I make fairly frequent Facebook posts about my brother who is intellectually challenged; he’s a major part of my life, and I like to share photographs and stories about the things we do together. Most of the time I get supportive comments, but then there is the occasional comment that leaves me feeling on the defense. I’m only the sister, but I know my mom spent a lifetime answering inappropriate questions and sometimes getting her feelings hurt by insensitive comments. I give people the benefit of the doubt and assume most insensitive comments are well-intentioned, and I try not to be offended.  I’m sure this is very subjective list, but here is my list of the top five comments/questions I find annoying.

1. He looks normal, are you sure there is something wrong?

This doesn’t happen anymore, but when my brother was young he appeared normal, whatever “normal” means. This was a positive and negative aspect of his disability. People expected him to act a certain way and when he didn’t, there was a shocked response. Even my grandmother apparently refused to believe anything was really wrong with my brother, confiding to a relative that “my parents just needed to discipline him more”.  There are hundreds of syndromes and diagnoses under the umbrella term “special needs” and although some may carry an appearance easily identifiable, there are many more that have no distinguishing physical characteristics. 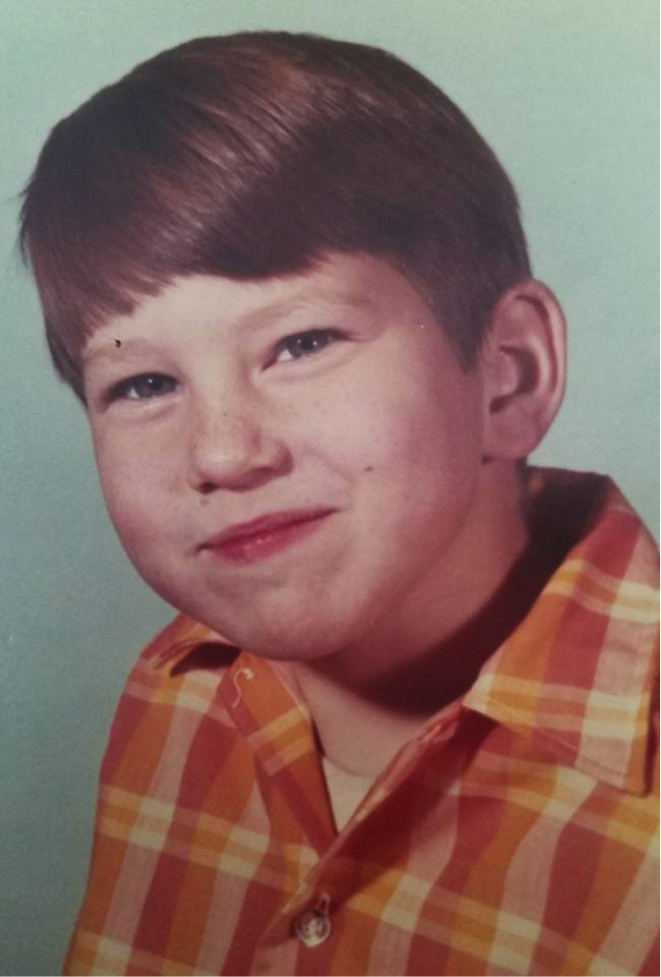 When he was young, my brother was fairly “normal” in appearance.

“God won’t give you more than you can handle,” “she’s one of God’s special angels,” “what a blessing he is” and so on. Although some families may feel these sentiments to be true, they can also be hurtful and seem patronizing to some. There are some days a parent of a child with special needs feels stressed beyond the point of being able to handle everything and offering one of these useless platitudes may only increase the guilt they feel. We all have different religious beliefs, and mine happens to be that God would not make an innocent person suffer just to be a “blessing” to others.

This should be clear by now, this is not okay. Yes, it’s just a word, but it’s a word that contains decades of exclusion, pain and sorrow. I’ve seen the agony this word caused my brother as he was taunted by others in school. My heart still breaks at the vivid memory of him coming home from school one day and asking me in his broken vocabulary, “why..me.. retarded?” I hugged him as he cried and tried to console him, but words leave scars. Words are powerful, they can be a slicing sword or a balm to the soul. Use them carefully.

4. Recommendations for miracle treatments are not necessary.

Do you think your special juice, diet, mega doses of vitamins, oxygen therapy or any other miracle treatment is going to be the answer? If it were, don’t you think we would have already tried it? Like most things, this is well intentioned, but we’ve heard it all and tried most of it already, so unless you are a trained medical specialist and a new treatment has been developed, no thanks. My father never fully accepted my brother’s diagnosis and was always searching for a “cure.” His time and energy would have been better spent accepting and dealing with the reality of the situation.

5. Wow, you a super parent, I could never do what you’re doing!

This is hard to complain about because it is offered up in the nicest of ways, but the truth is most parents of special needs children are doing what has to be done. Every time I get a comment about what a great sister I am, I do appreciate it, but it also makes me feel awkward.  What’s my choice, ignore him and pretend like he doesn’t exist? I love my brother and especially now that my parents have died, I feel a sacred obligation to ensure he is well cared for. The parent has to be the advocate for their child, difficult for any parent but multiply it times a hundred for a parent of a child with special needs. Most simply do what has to be done and don’t want to be put on a pedestal.

I’ve talked about what to avoid, but there are positive things you can say and do. Offer a sincere compliment about the child, provide assistance if it looks like the parent is having a tough time. If you are family or a close friend, offer an evening of respite care, a rare treat for the parents. Include the child in parties, playdates, outings and events.  Be friends with the parents, listen if they need to talk. I know my mother often felt isolated from friends and desperately needed someone to confide in but rarely found an understanding ear. It can be a lonely situation. When in doubt, be kind, it’s usually the answer to any question you may have.

“Too often we underestimate the power of a touch, a smile, a kind word, a listening ear, an honest compliment, or the smallest act of caring, all of which have the potential to turn a life around.”
Leo Buscaglia 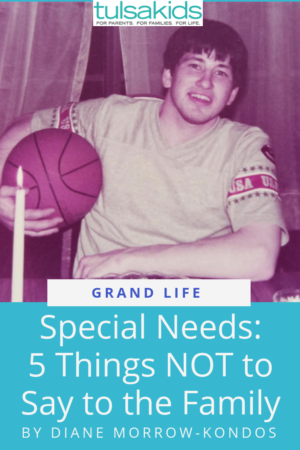