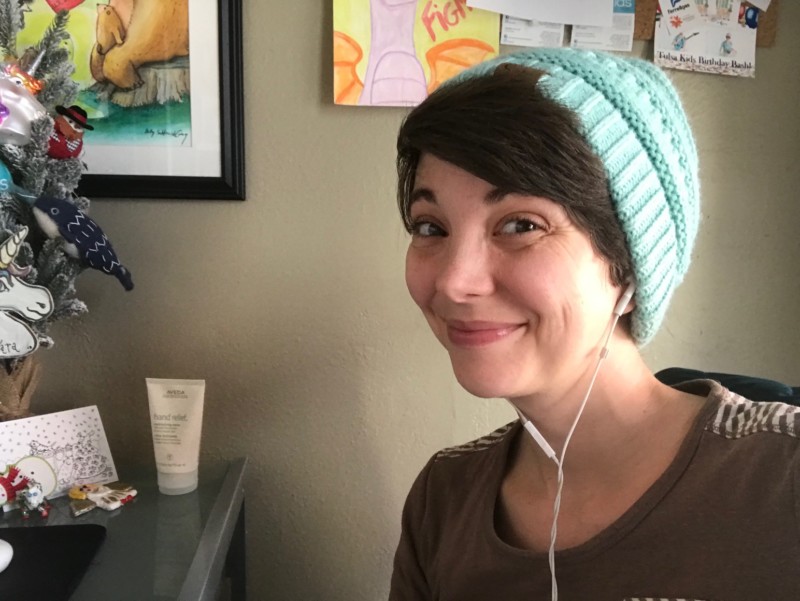 I decided to write a “20 Things to Do in Tulsa in 2020” list for the website–and it was such fun that I wanted to create my personal 2020 Bucket List. It includes businesses I’ve been intending to visit for awhile, travel ideas, stay-at-home activities, etc.

I can’t believe I haven’t gone to Tulsa’s premier children’s bookstore yet. I almost did last Saturday, but was so tired (thank you, cold season!) that I figured it would be better for me to get off the road ASAP. On the plus side, I did discover The Frugal Bookworm that day, so that was a win! This has been at the top of my general bucket list ever since they opened. It’s going to happen in 2020!

Another local favorite I’ve missed out on! Yes, Joss and I swung by for a photo shoot the new Buck Atom statue, but the gift shop itself wasn’t open at the time. I think I’m intimidated by how intimate the space is. Introvert problems 🙂

Classic Tulsa-area landmark! Maybe this will finally be my year to go nose-to-nose with the famous Blue Whale of Catoosa!

A 45-minute drive hardly constitutes a road trip, so what’s my excuse for not having taken Joss to Woolaroc yet?! I’d especially like to check out their Spring or Fall Traders Encampment.

Crystal Bridges, the Amazeum, a cute downtown area. I’m pretty positive a trip to Bentonville is in our near-future.

We had such a fun weekend visit to Oklahoma City last year, I’ve been plotting our return ever since! The National Cowboy Museum is opening a FABULOUS-sounding new outdoor space in spring 2020, so that’s top on our priority list. But I’m looking forward to visiting the OKC Zoo for the first time as well–and of course, the new Scissortail Park!

Joss got a gorgeous bike for his last birthday, and it pains me to say that we’ve ridden it very few times. We went to a Bicycle Safety Class at Gathering Place a few months ago, and I was actually impressed by how well he did! Now, I want to make sure to take him to a park (I’ve heard Whiteside is a good option) throughout the year so he can practice.

Do I want to spend two+ weeks leaving work early so I can get Joss to swim lessons at 4:30 p.m.? If it means he becomes safer around water, then yes!! Joss loves the water but was a bit distract-able at his swimming lessons last spring so did not advance to the next level. Better luck this year!

9. Throw Joss a Birthday Party (for the entire class?!)

I have yet to throw Joss a birthday party for more than just close friends and family. His class this year is 30 kids, so I’m kind of reluctant to accept this responsibility. However, it’s his last year at his current school AND he has been talking about birthdays and birthday parties for months, so this is something that needs to happen. Just need to figure out when/where. Joss already has the theme taken care of: Costumes!

We’ve visited Tiny Things by Bowen at several markets but have not yet attended a workshop. However, making things out of Sculpey was a favorite childhood activity, so I’d love to get back into it!

Our 8th anniversary is coming up in February, and we are not great at planning ahead for this sort of thing. Even if it’s just dinner and a movie, I don’t want to let the date get away from us! (Suggestions, anyone?!) 🙂

12. Take Joss to a Broadway Show

Is five old enough to attend a Broadway show? I don’t know, but between “Charlie and the Chocolate Factory,” “Anastasia” and “Frozen the Musical,” I hope that this might be a good year to take Joss to his first Broadway show (in Tulsa, of course).

I like the idea of learning to work with craft foam in order to create some cool cosplay armor or other accessories. Since I’ve never done it before, the thought is intimidating. But hopefully it’s the kind of thing where, once you try it, the possibilities are endless!

When making my list of gentle resolutions, I realized that I’m pretty happy with my level of fitness at the moment. Yes, I wish I had more kid-free time to spend bike riding along Riverside or to do Tuesday Night Cyclocross Practice again (*sob*), but having a YWCA membership means that I’m able to work out at least twice a week, and that is just fine. But Tulsa has so many 5K and Family Fun Run options, and many of them include family friendly afterparties or fun themes…it might be nice to get out into the fresh air and just run at some point.

This is a given, given that it’s an election year, but in case anyone needed a reminder… 😉

Speaking of which, it’s the 100th anniversary of the passing of the 19th amendment! And Tulsa Historical Society & Museum is going to be celebrating all year long, starting with a March & Rally on February 22. You could participate, too, just RSVP here! Attendees are encouraged to wear white (um, I might have to break out the ol’ wedding dress, if it still fits) and carry homemade signs. Does anyone have a suggestion for what I can write on my sign?

17. Buy a Book (and Coffee!) at Fulton Street Books and Coffee

Another lifetime ago (or so it seems), I thought I had “what to do with my life” all figured out, and that involved starting a coffee shop in a Brady Heights building owned by some friends. Long story short, that didn’t happen, but this year, Fulton St. Books and Coffee will be opening in that same building, and I’m sooo excited!! I purchased “Children of Virtue and Vengeance” at their December pop-up shop at Mother Road Market and would have happily bought pretty much anything they had on offer.

TulsaKids helps promote Circle Cinema’s 2nd Saturday Silents program, which features a silent film accompanied by live pipe organ for a very reasonable price. Since hearing about it, I’ve been meaning to attend but haven’t done so yet. The upcoming 2nd Saturday Silent film doesn’t sound particularly kid-friendly, but I’ll keep my eyes out for one that I think Joss will enjoy!

This feels like cheating since this very much overlaps with my 2020 Resolutions post, but since writing that post, Whitty Books has published their 2020 Reading Challenge, which I’ve printed out and already begun! So far, I’ve read “A book that deals with the supernatural” (Warlock Holmes: A Study in Brimstone) and “A book you’ve never read by an author you like” (Melina Marchetta’s “The Place on Dalhousie,” a sequel of sorts to one of my favorite books, “Saving Francesca.”)

Again, it feels like cheating, but I’m so tired right now this seems like the smartest thing to aspire to do this year. Stop looking at social media up to (and through) bedtime. Close the book before 10:30 p.m. It could happen, right?! (Alternatively, this could be “Learn How to Play ‘Toss a Coin to Your Witcher’ on the ukulele,” which I tried to do early Monday morning and…it was NOT working. Still, goals!)

Well, that’s my 2020 Bucket List. I’d love to hear what’s on yours. Feel free to leave a comment! 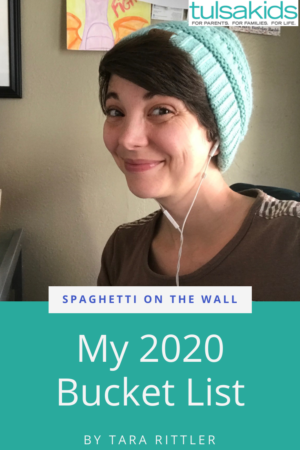