Dating, round two. As I’ve established in previous blogs, dating when you’re single with kids  is a little more complicated. Primarily, you need to protect your children emotionally and physically so you must screen potential dates carefully. Do not introduce them to your children until you’re certain they are a safe person and they’re going to be a long term part of your life.

But on a less serious note, there are the annoying dates you thought you had left behind in your twenties. In an effort to help you avoid spending one of your precious, child-free evenings with someone not worthy of changing out of comfy yoga pants, learn from my experiences. I was single for ten years between marriages and experienced more than my share of bad dates.

Be skeptical when friends claim they have “perfect guy” in mind for you! These so-called friends assured me I would love this guy, he was –“oh so perfect” for me. As a 5’10” woman, I asked the obvious question, “Is he taller than me?” They repeatedly assured me he was tall enough. I arrived at the restaurant, and to my dismay he was at least three inches shorter than me and still sporting a mullet from the ’80s.

Not wanting to be superficial, I gathered my resolve and jumped into the conversation with a positive attitude. Well, I tried to jump but never made it off the verbal starting block. His incessant raving about his beloved saintly mother lasted from appetizer until the dessert plate was scraped clean. I was relieved that in his rush to get home to mommy, he neglected to walk to me my car in the dark parking lot. I had asked my friends the wrong questions. While I can get over short, I’m not prepared to deal with the Oedipus complex.

Anyone that was my roomie in college can attest to the fact I am not a neat freak by almost anyone’s standards. Almost is the key word. I dated one guy whose car was so piled with fast food trash that I had nowhere to put my feet in his car. Yet, I tried to overlook this quality because he was interesting and intelligent. A visit to his home flew my eyes wide open. I rarely use the word literally, but you literally could not see the floor of his house because of all the pizza boxes, Arby’s and Taco Bell trash sacks. I do not want to have rodents and insects surprising me during a romantic interlude nor do I want my future to in any way involve the show Hoarding: Buried Alive.

Beware the self-pronounced child expert. I had a few dates with a man who possessed a diploma proclaiming he was an expert in family counseling. Academic knowledge and a slew of diplomas are not as valid as real life experience, and he had none.  No marriage and no children, yet he had an opinion on it all.

His advice on what I was doing wrong with my children (whom he had never met) was unsolicited and unwelcome. His self-righteous, smug approach to parenting did not bode well for a long term relationship. One of my close friends made the mistake of marrying one of these guys. Not long after the wedding I overheard him proclaiming, “I’m going to whip those kids into shape!” That did not end well.

“Peter” heard through the proverbial grapevine that I was getting divorced and wasted no time calling for a date. We had dated in college 15 years previously, so I knew he met some of my basic qualifications. He had a job, he was no longer living with his parents, not secretly married and had no felony convictions. The problem? He had not changed one bit since college.

At first I found that rather comforting in a time where my life was going through so much change and turmoil. Then I realized we were rapidly approaching forty, and he was still figuring out a career, had roommates, posters on the walls, and his idea of a romantic dinner consisted of a cold beer, burgers and a can of ranch beans in front of the television. He wasn’t a bad guy, he was happy being Peter Pan. But I was no longer his Wendy; divorce and kids have a way of evicting you from Neverland.

We all know the type. It’s all about them: their job, their workout, their new car, their hobbies, their six pack. I knew it was a problem when he spent more time on his hair than I spend on mine. I knew it was a deal breaker when I heard of every detail and accomplishment in his career and he never bothered to ask where I work. It was time to move on when I noticed him sneaking glances at his own reflection and there was not a single compliment coming my direction. I’m with kids all the time. I’m used to it not being all about me, but I don’t have the time, energy or inclination to massage anyone’s already over-inflated ego.

Dating the second time around is a little more complicated, but it can also be fun. I had some bad dates in the ten years between marriages, but I also met some great people and had wonderful experiences. Because your time without children is so limited and precious, be more selective and make certain a prospective date is going to be more fun than an evening with the single mom’s trifecta, Ben and Jerry’s and Netflix! 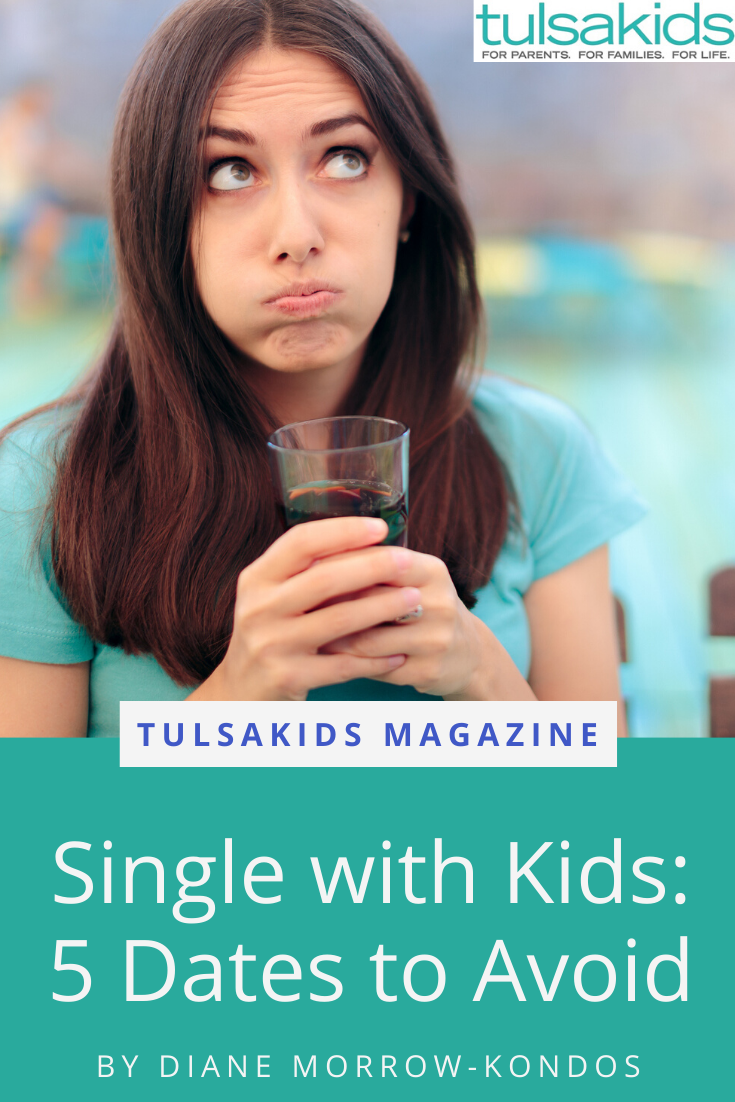