Fall is well on its way in Tulsa, which means it’s time for all the Fall Festivals! We’ve already missed a few this season, but the littles and I were able to make it out to Scotfest this past weekend, in spite of the rainy weather. We’re so glad we did; it was lots of fun!

Scotfest 2012 was held at Riverwest Festival Park (home of Oktoberfest) September 14-16. We didn’t make it out until Sunday afternoon, but I think we ended up going at the right time. It seems all the events were making the most of the final few hours of the festival!

The Highland Games are incredible to watch. The Caber Toss, Hammer Throw, Sheaf Toss, and Weight for Height are all age old feats of strength which were also used in times past for warrior and militia training.

Here’s the Sheaf Toss. The boys had so much fun cheering for each contestant. We may have been the loudest ones! 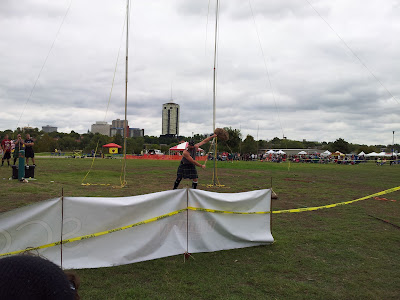 This is the Caber Toss. I think the goal is to get the pole to flip over, land on its end, and fall over in the same direction. It must have been incredibly difficult (I can only imagine!) because we only saw a couple of men accomplish it! 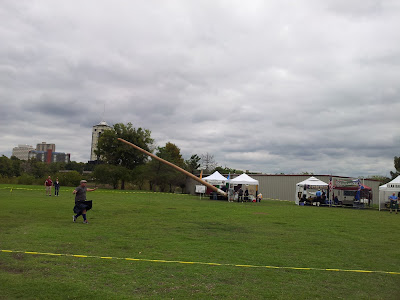 As we walked throughout the festival, a Scottish marching band, complete with bagpipers, marched and played. They were fantastic! 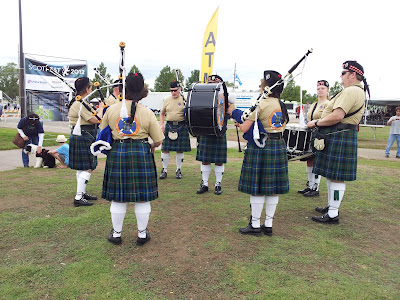 In the larger tent, there was a rotating schedule of bands. We made it just in time to see Cleghorn, a Celtic Rock band from Texas. They were great! A couple of members came down from the stage and jammed on the table tops. It was awesome. 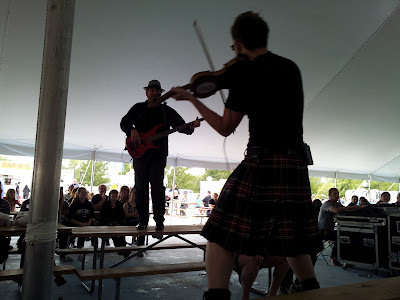 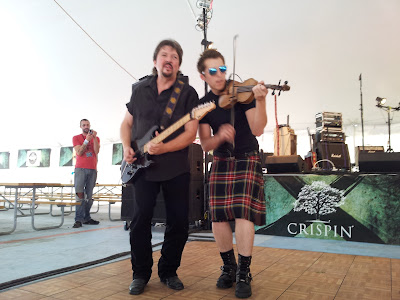 As Cleghorn finished their set and the next band began to set up, we headed out to check out the rest of the festival. There was a great kids section with bouncy houses and crafts. I gotta say, I’m a sucker for ribbons and headbands, and I’m glad the grown-ups let me play! 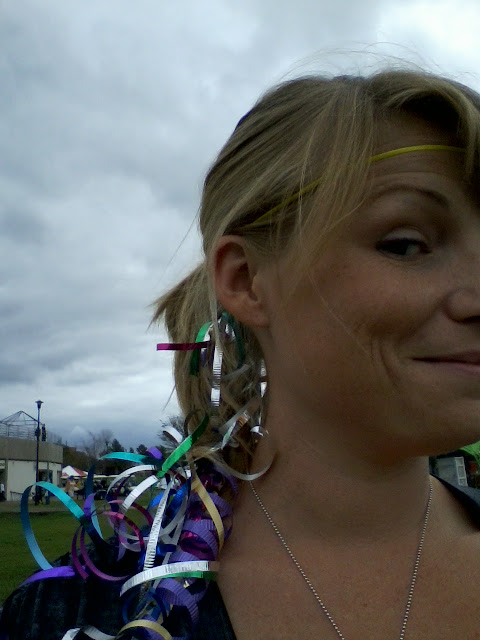 While Aidan bounced in the Jupiter Jumps, Alec and I made beaded bracelets. 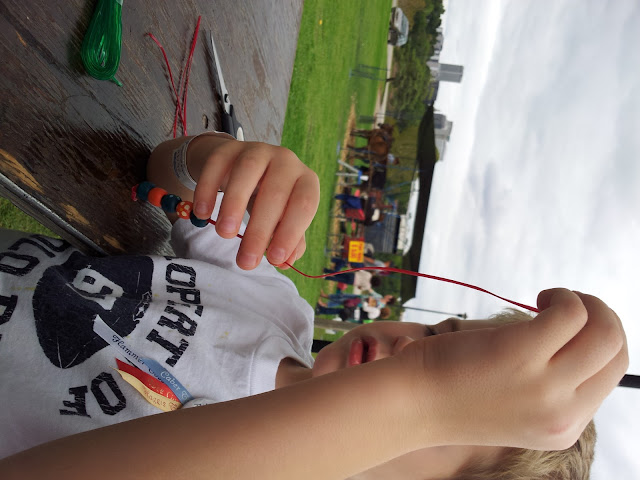 When we finished our crafts, we continued walking around to see each of the different vendors, and found a tent where local Celtic dancers were performing. These young girls were incredibly talented. 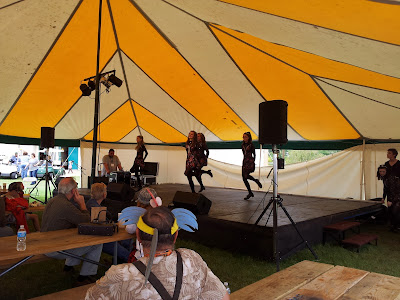 And how can you pass up cotton candy… 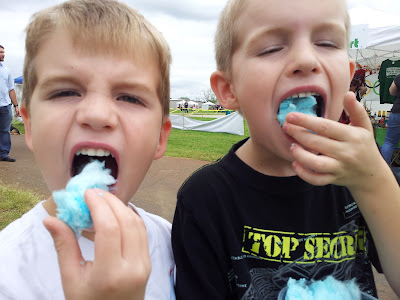 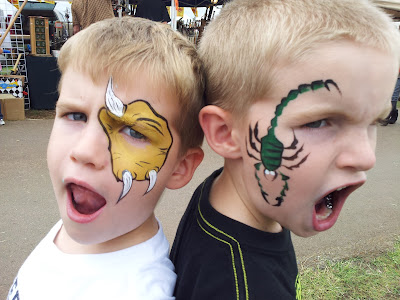 Soon, we headed back to the main tent for the headlining band, Celtica. With members from Scotland, Austria, Canada, and the U.S., this Celtic band truly rocks! They put on an amazing performance and their musicianship was spectacular. I was happy to get myself a nice beer and enjoy the show.

Aidan danced the whole time they performed. No joke! 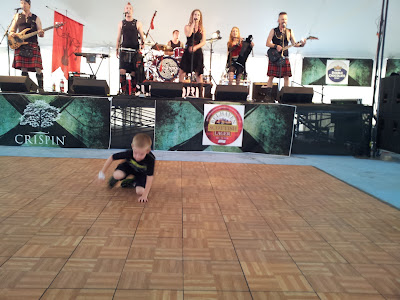 Josy Svajda, Austrian band member, who also sings and plays the keyboard, came out to the dance floor during one song and danced with FIRE while the bagpipers and band rocked! It was amazing and the entire crowd was stunned. 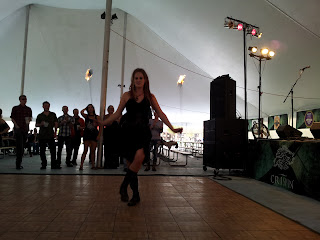 Celtica’s performance was a phenomenal way to top off the Scotfest experience. While the vendors outside the tent broke down their booths and volunteers cleaned up from Strongman competitions, we clapped, danced and cheered with some awesome Celtic rock music. I didn’t get a picture, but at one point they even had FLAMES shooting out of their guitars! 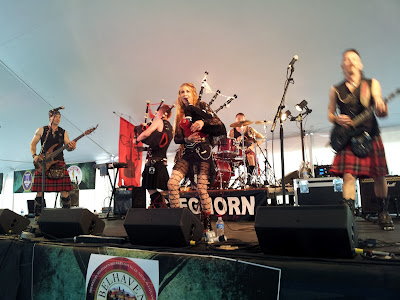 Hopefully, my littles won’t try THAT at home!

This Saturday is the first day of Autumn and the beginning of many more festivals in Oklahoma. Which ones are your favorite?