I signed Joss up for his school’s Running Club, which just ended for the year. Sadly, the school’s after-care program was extremely limited due to short staffing (I think), so we didn’t get in, which was a bummer. So Running Club was the perfect way to get thirty extra minutes of office time in, three days a week for a month. Thankfully, he had a great time and enjoyed making some new friends!

In addition to weekly practices, Joss had the opportunity to sign up for community runs as part of his school’s team. Ideally, he’d do three runs this semester in order to qualify for the “Triple Crown.” But after our first experience, I doubt that will happen!

This past weekend, we participated in the Tulsa Race Against Racism, or the Skunk Run. It was a great event, so it’s no fault of the organizers whatsoever that I’m not signing Joss up for any more runs this month. I completely overestimated his ability to focus on moving forward. Or underestimated his level of distractibility by sand, nice views, you name it! 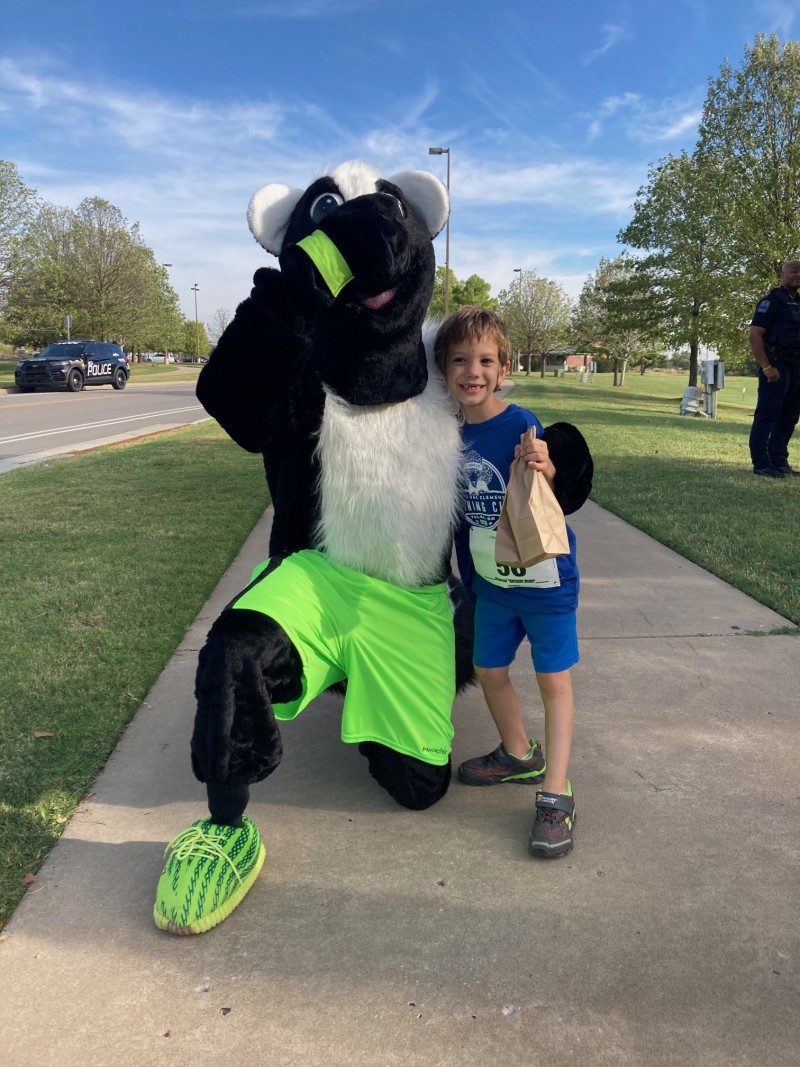 The Skunk Run began near Greenwood Cultural Center. You could choose between a Fun Run and 5K options – both of which were free to participate. The route took you North down Greenwood Avenue, and then through OSU, past Mount Zion Baptist Church to Archer St., and back up Greenwood to the finish line. Along the way, you could take note of the sidewalk monuments to buildings that were destroyed during the Tulsa Race Massacre. Grocery stores, the Dreamland Theatre, law offices, etc. 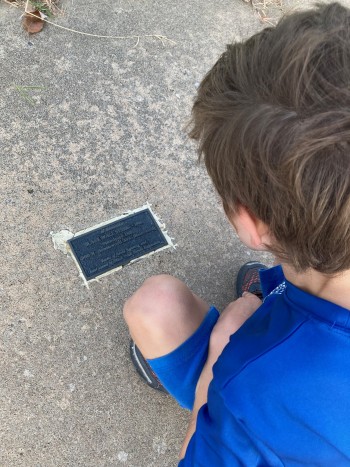 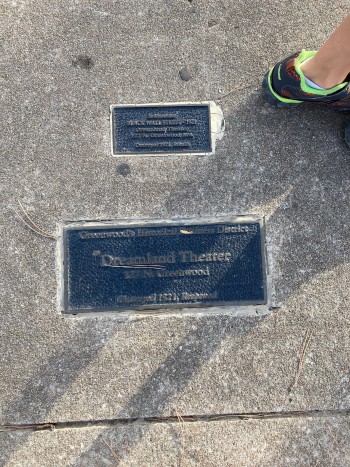 Before the race, an organizer led everyone in a moment of silence and encouraged us to view the event as an opportunity to build community. We were encouraged to talk to one another and meet new people. And of course, to acknowledge the history of the land we were running through.

Afterwards, there were activities for the kids and tables where you could learn about different community organizations, like Reading Partners, Modus Tulsa, Focus Black Oklahoma, etc.

All in all, a well organized, low-stress event that is really geared toward families.

Since he is a seasoned Running Club member, I figured Joss would be ready to go! He certainly had a ton of energy BEFORE the race, despite it being very early on a Saturday morning! He even found three pinecones that I had to put in my backpack because they were part of his running “team.” 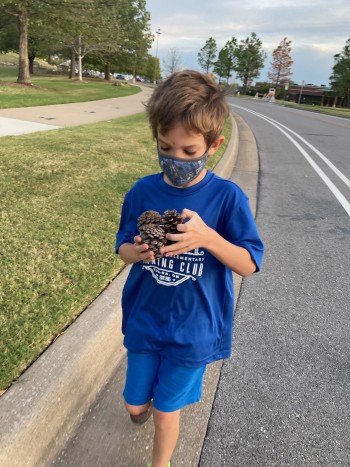 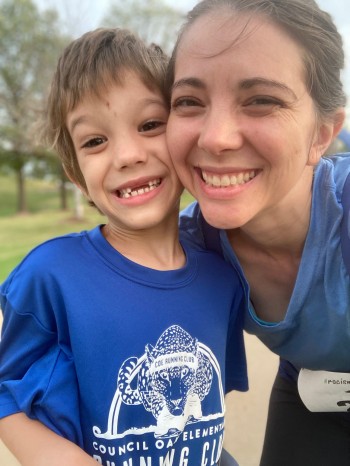 We started off at a good pace, but that didn’t last long. Pretty soon, Joss was walking. And then walking slower…and then taking breaks…and walking slower. Then examining dust. And probably singing to himself. All that to say, we were sitting pretty for a good one-hour mile, which didn’t sit well with me! I don’t think I was nearly as patient as I should have been, but really – an hour for a mile?! 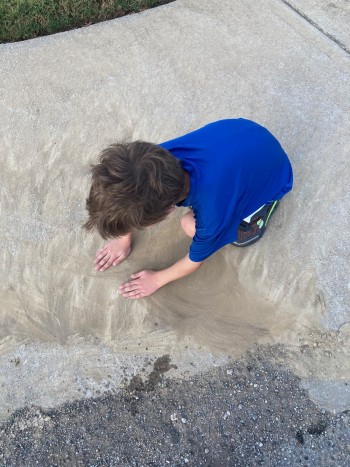 I tried to motivate him by saying, “Let’s race to that truck!” “Race me to the water station!” to no avail. So we cut our race short and snuck through the finish line from the wrong side. He still got a medal. But since we hadn’t come down the block in the right direction, I think everyone was confused, and no one cheered. Which he was a little sad about. I told him it’s okay, we just didn’t finish the course properly so they didn’t know. 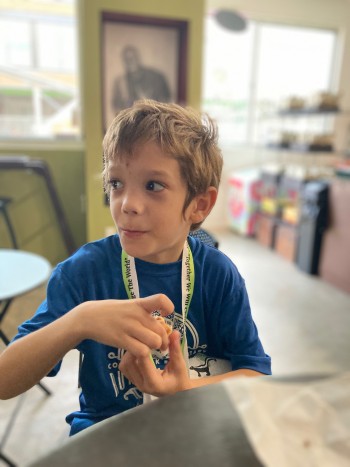 And…although I like to think I could have been a lot faster at the run, to be honest, I’m not a runner and my legs were still pretty sore the next day! So it’s probably best for me that we spent most of our time at a leisurely pace 🙂

Follow @racismstinks for updates on next year’s Skunk Run! Again, it’s a free event for families that’s for a good cause. And let me know in the comments if you have any advice for running with kids?!