Make memories on the Mother Road

There’s nothing like a jaunt down Route 66 to help you appreciate just how quirky our state can be! From an oversized sperm whale to a burger joint shaped like a cuckoo clock, a family road trip down Route 66 promises to be an entertaining experience.

But beyond that, the Mother Road is a wonderful way to explore Oklahoma’s history with your family. Although you can no longer drive on much of the original, 8-foot-wide Route 66 highway, modern roadways allow for travel down a similar path, taking motorists by historic Route 66 sites such as abandoned motels and gas stations, as well as still-thriving tourist destinations.

If you need help planning your Route 66 Road Trip, here are our suggestions, starting in Miami, Oklahoma, and ending in Oklahoma City.

Although Chicago marks the eastern end of historic Route 66, we’ll begin our hypothetical tour in Miami, Oklahoma, about 15 miles or so down Highway 69 from the Kansas-Oklahoma border. Miami is home to the historic Coleman Theatre, which opened in 1929, and boasts a “Spanish Colonial Mission-style exterior and [a] Louis XV interior” (colemantheatre.org). Today, visitors can schedule tours of this magnificent building Tuesdays through Saturdays, or purchase tickets for upcoming shows, including silent films (accompanied by the theatre’s “Mighty Wurlitzer” pipe organ) and live theater.

If you’re feeling peckish, grab a burger and milkshake at Waylan’s Ku-Ku Burger at 915 S. Main—the last of this 1960s chain left standing! Tourists young and old will be delighted by the giant yellow cuckoo bird adorning the building.

In Afton, keep an eye out for remnants of older attractions that have since closed, like the Rest Haven Motel and the Afton Station Route 66 Museum, a restored gas station that until recently was open to visitors who could view a collection of classic cars and other Route 66 memorabilia.

Whether you’re in the mood for some “Mcfood” or not, you can’t miss these golden arches: The world’s largest McDonald’s crosses I-44 in Vinita, Oklahoma—and although this designation is disputed (there’s another “World’s Largest McDonald’s” in Orlando), it’s still a key Route 66 attraction.

Artist Ed Galloway retired from his position as arts teacher at the Sand Springs Children’s Home to Foyil, Oklahoma, in the 1940s. Here, he built a series of totem poles, including “The World’s Largest Concrete Totem Pole,” which stands 90 feet tall. Adjacent to Totem Pole Park is Galloway’s Fiddle House. Although many of the original items on display were stolen during the 1970s, visitors can still find a collection of hand-carved fiddles and other wooden creations.

Known as “America’s Cowboy Philosopher,” Will Rogers remains one of the significant figures in Oklahoma history. The Will Rogers Memorial Museum in Claremore, Oklahoma, houses the largest collection of Will Rogers memorabilia as well as the burial site of the famous comedian and his family—all on a beautiful hillside setting overlooking the town. Learn more at willrogers.com. 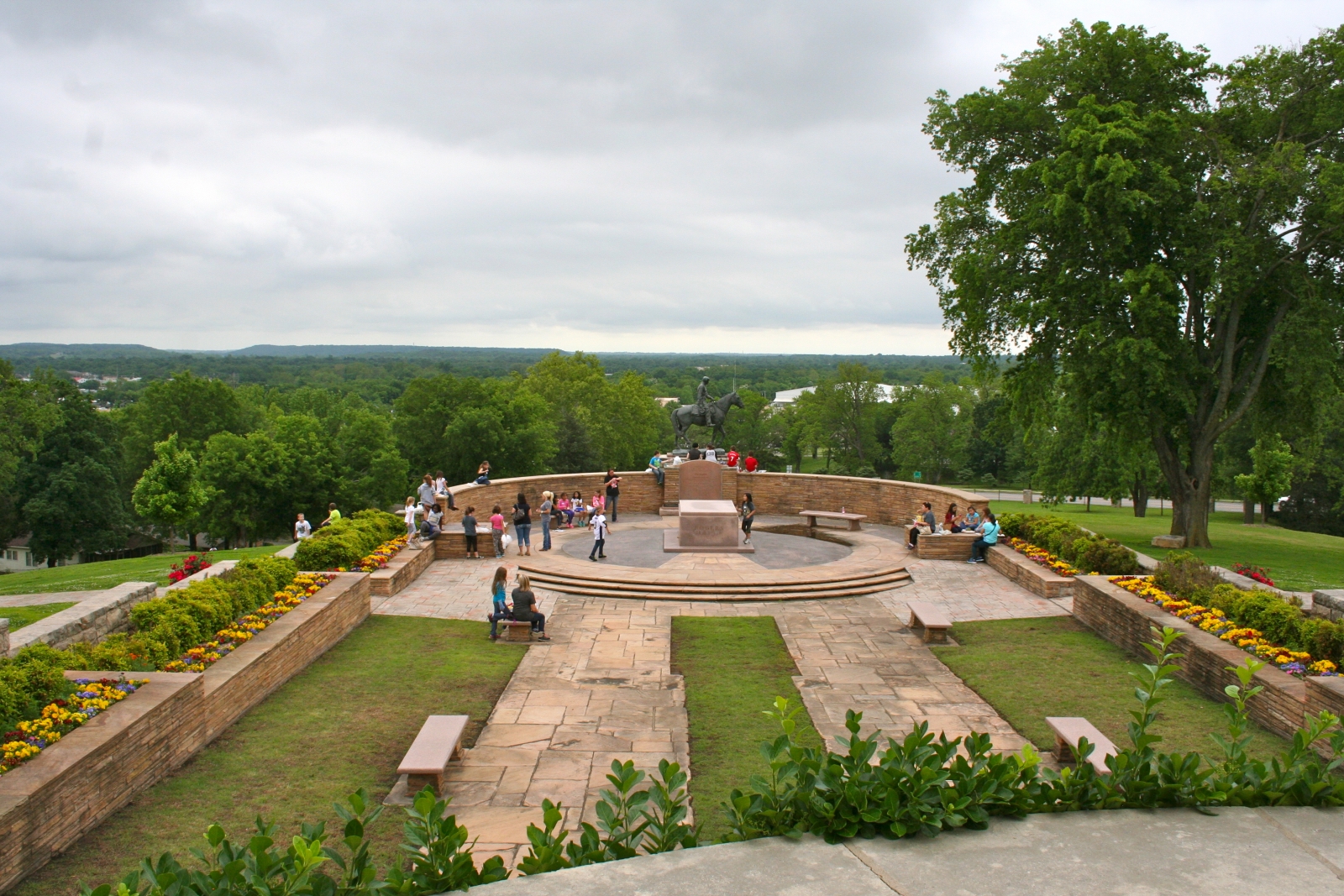 Photo courtesy of the Will Rogers Memorial Museum Archives

It’s high time for pie time! Don’t leave Claremore without a visit to Hammett House, a family-owned restaurant established in 1969 famous for its homemade pies!

Pay a visit to the friendly Blue Whale of Catoosa, originally constructed as an anniversary gift for a whale-figurine-collecting wife! 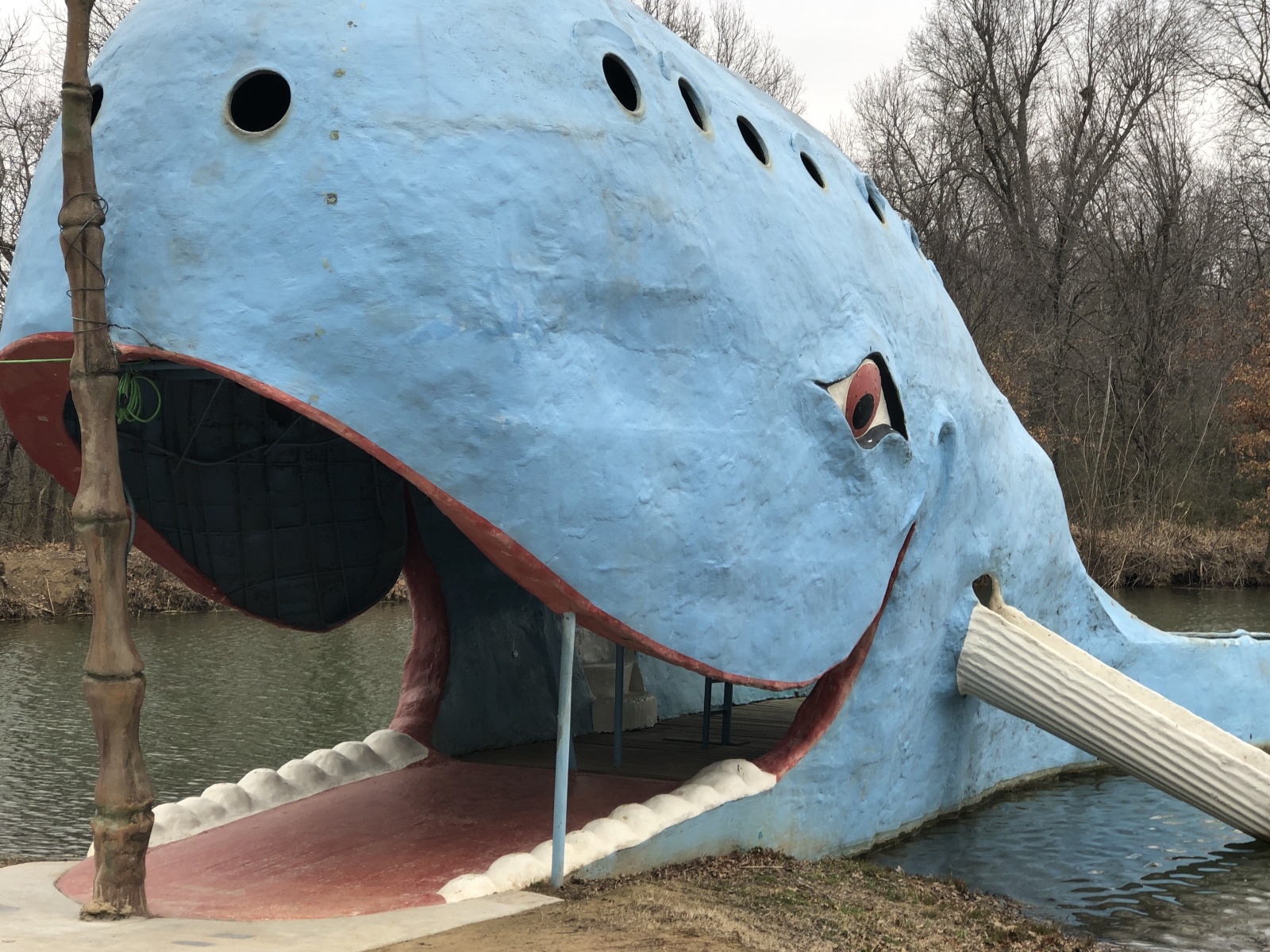 Want to experience Route 66 without leaving the city? Why not! From newer shops and attractions, like the 21-feet-tall Buck Atom Space Cowboy, to old favorites like Ollie’s Station Restaurant—most notable for its collection of miniature trains—Tulsa just may be the very best place to get your Route 66 kicks! Don’t forget to try a round of Mini-Golf at Mother Road Market, where each hole ends in a miniature Route 66 landmark! 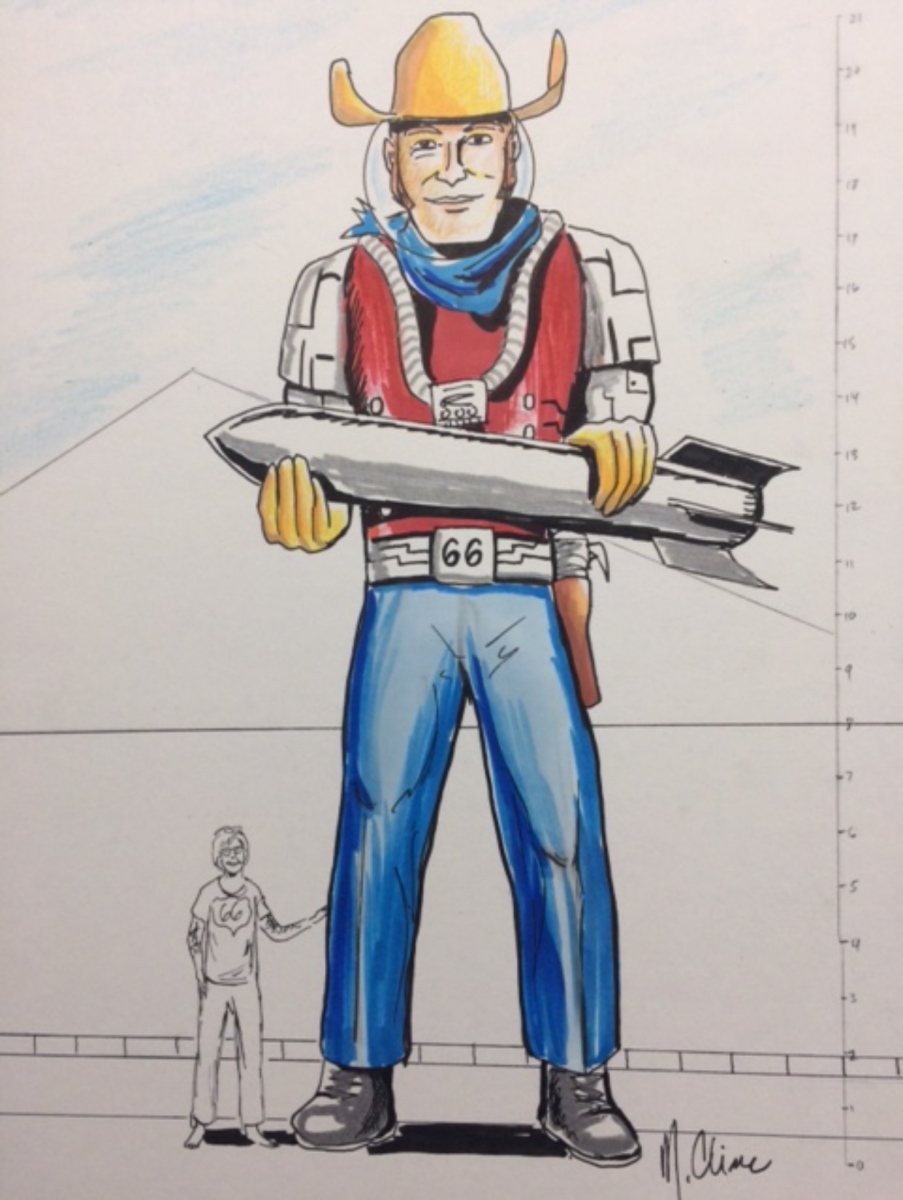 Stroud’s famous Rock Café has been featured in media such as “Diners with Guy” and “Gourmet Magazine”—but most importantly to the family crowd, owner Dawn Welch was the inspiration behind “Cars” character Sally Careera! Restaurant décor now includes a collection of Pixar and Disney memorabilia, gifted from grateful crew members. Find the menu at rockcafert66.com. 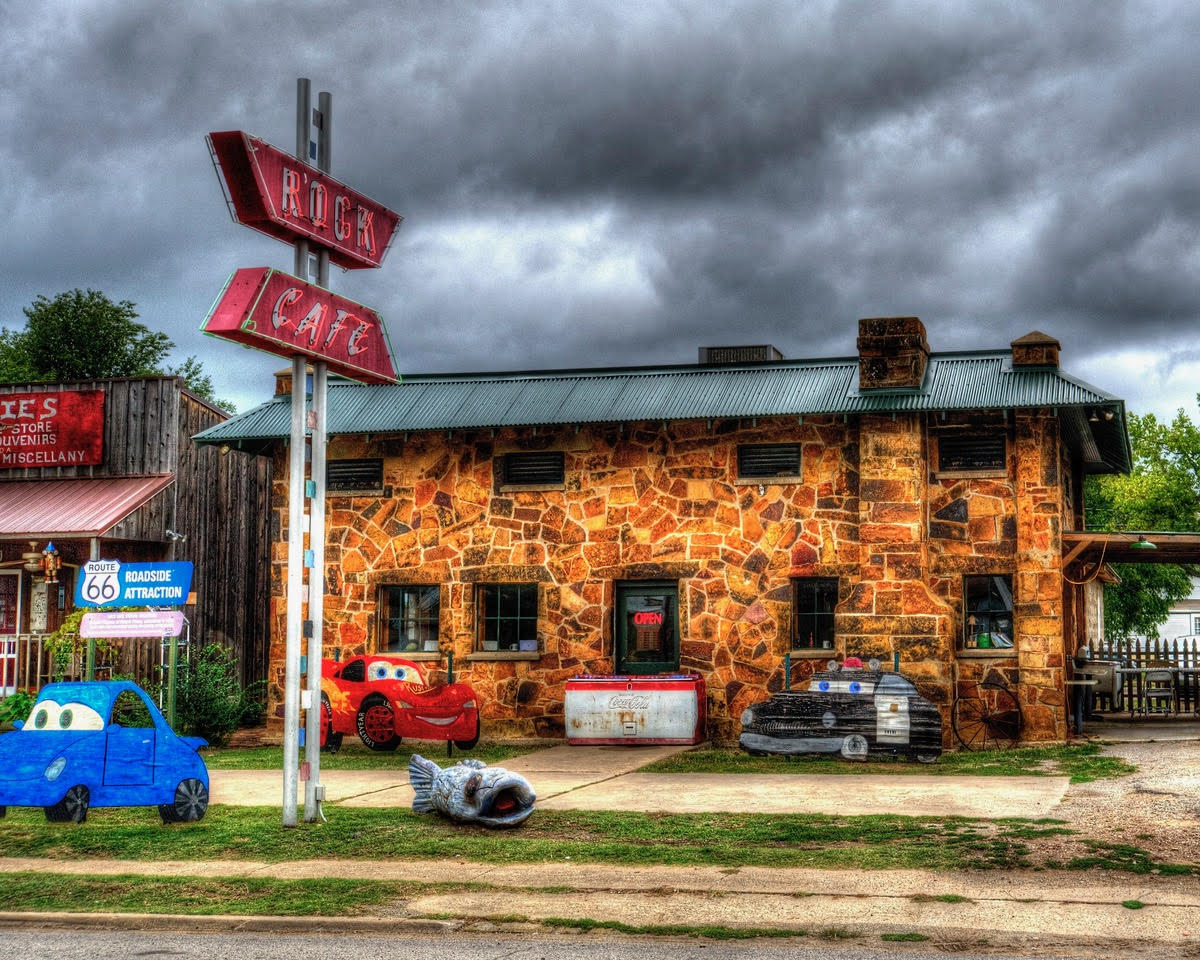 Although you can no longer overnighta  at Pioneer Camp in Wellston, you can grab some of the best barbecue in Oklahoma at The Butcher BBQ Stand, located on the old Pioneer Camp site. The Butcher is only open Friday through Sunday, opening at 11 a.m. and closing whenever they sell out. So be prepared to arrive early and stand in line—but also to devour generous portions of ribs that literally fall off the bones, or whatever meat strikes your fancy. For dessert? Twinkies! As The Butcher’s menu says, “We are BBQ’rs not bakers”—but I’ve heard from someone who’s been there that that Twinkie at the end of a Butcher barbecue feast really hits the spot! 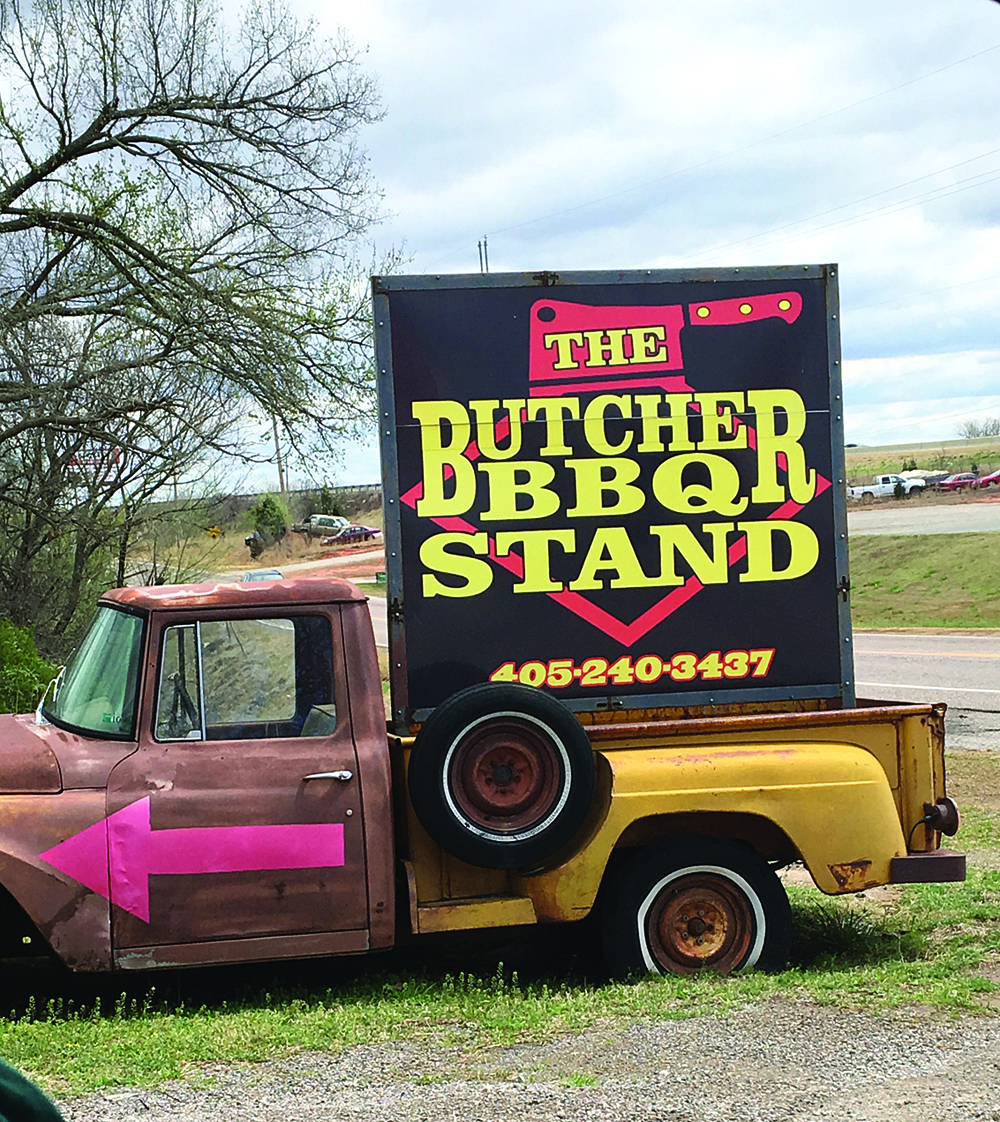 What could be more enticing to young sugarholics than shelves upon rainbow-colored shelves of novelty sodas? Whether you want to sugar your children up immediately or buy a couple bottles to save for later, Pops 66 in Arcadia is a delightful stop. 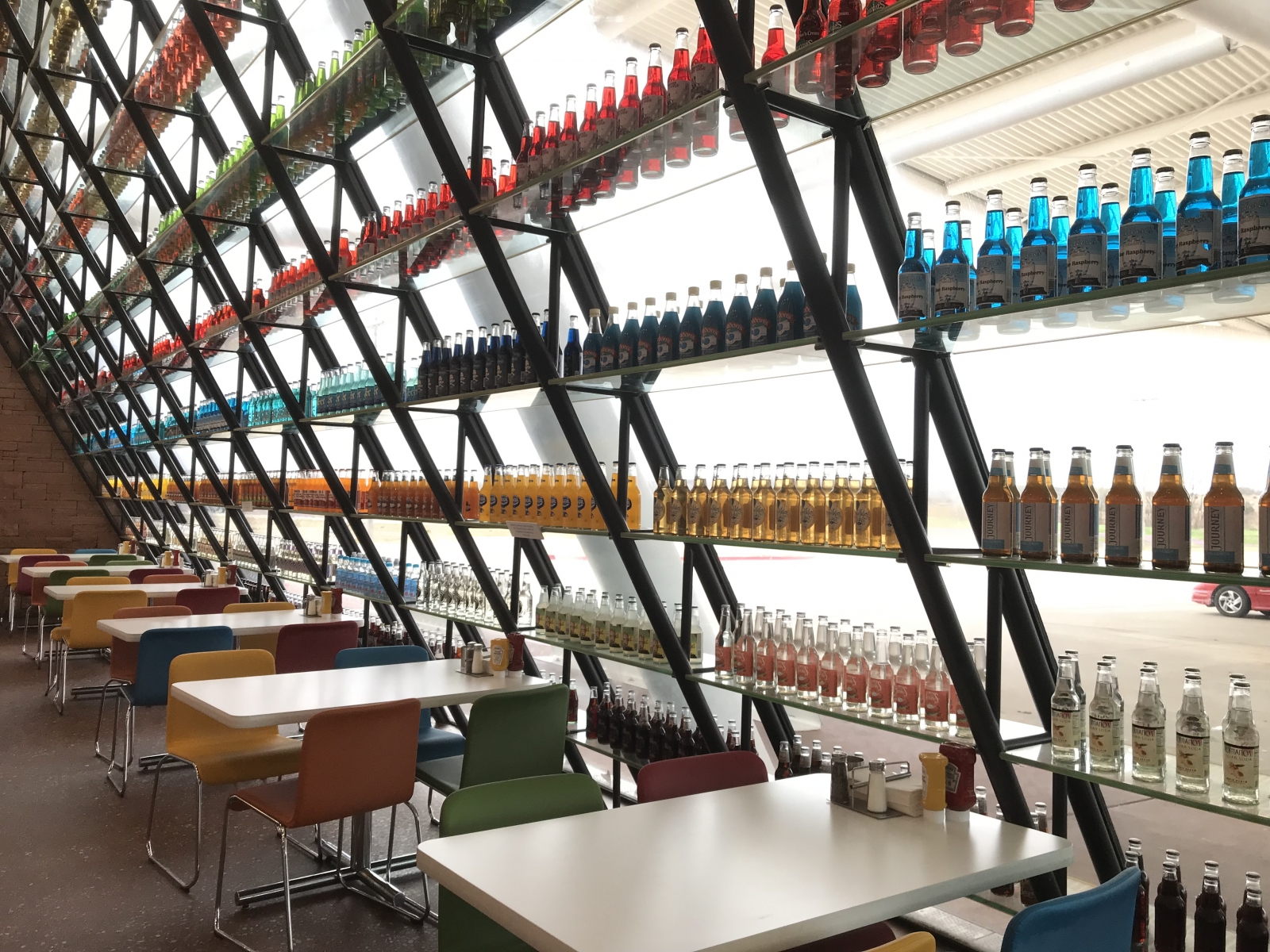 If you have time, don’t miss Arcadia’s Round Barn, an architectural anomaly dating back to 1898. Check out arcadiaroundbarn.com for upcoming live music performances or other events. 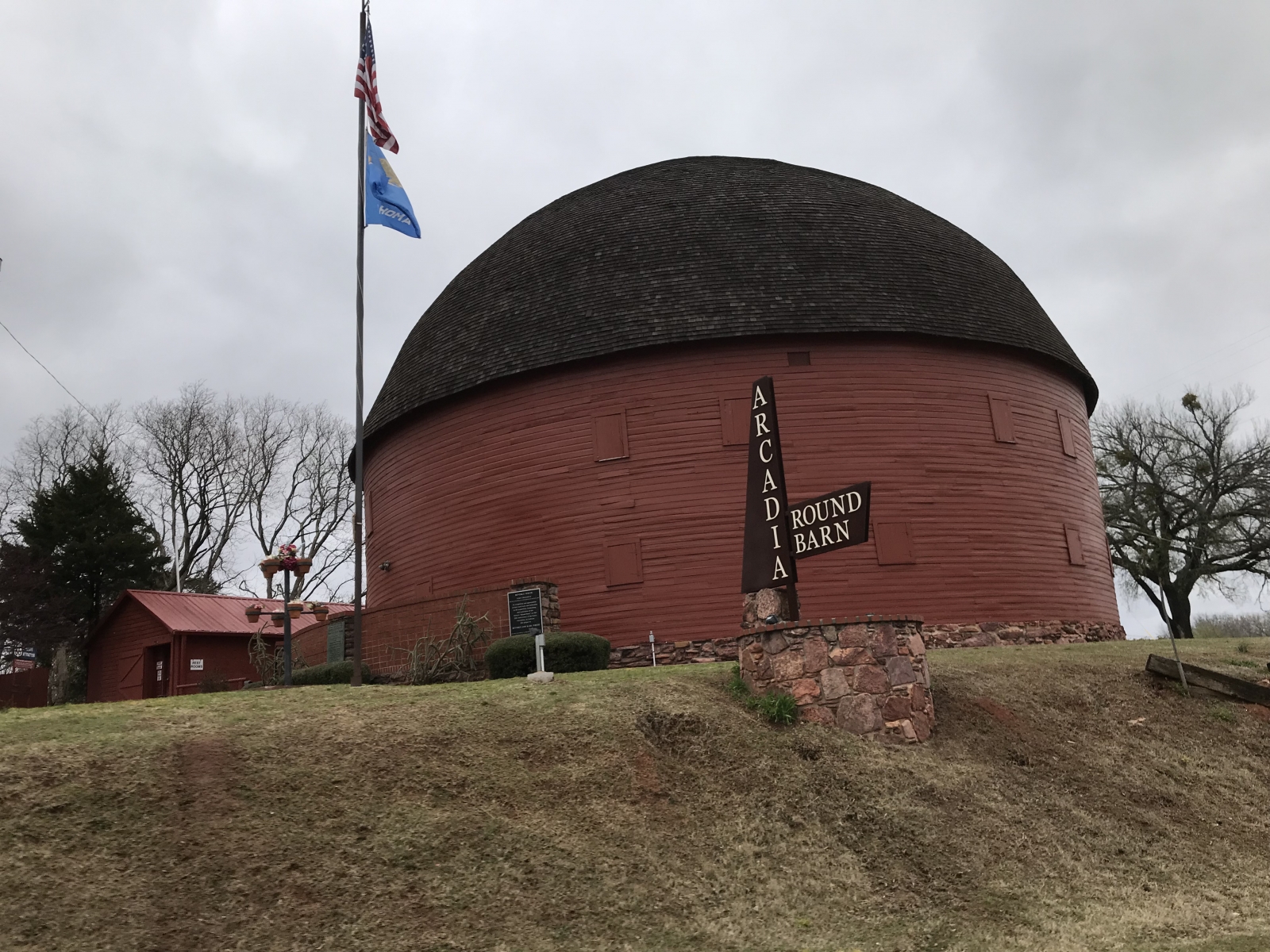 You could, of course, continue your Route 66 road trip all the way out to California, but our theoretical journey ends in Oklahoma City. OKC extends well beyond Route 66, but two sites of interest closest to the Mother Road are the Oklahoma State Capitol and the Oklahoma History Center. If you’ve been using this experience as a starting point for teaching your kids about our state’s past—not to mention our present and future—then these buildings mark the perfect destination. Learn more about the Oklahoma History Center at okhistory.org, and find a schedule of Capitol tours at okhouse.gov/information/capitoltours.aspx. 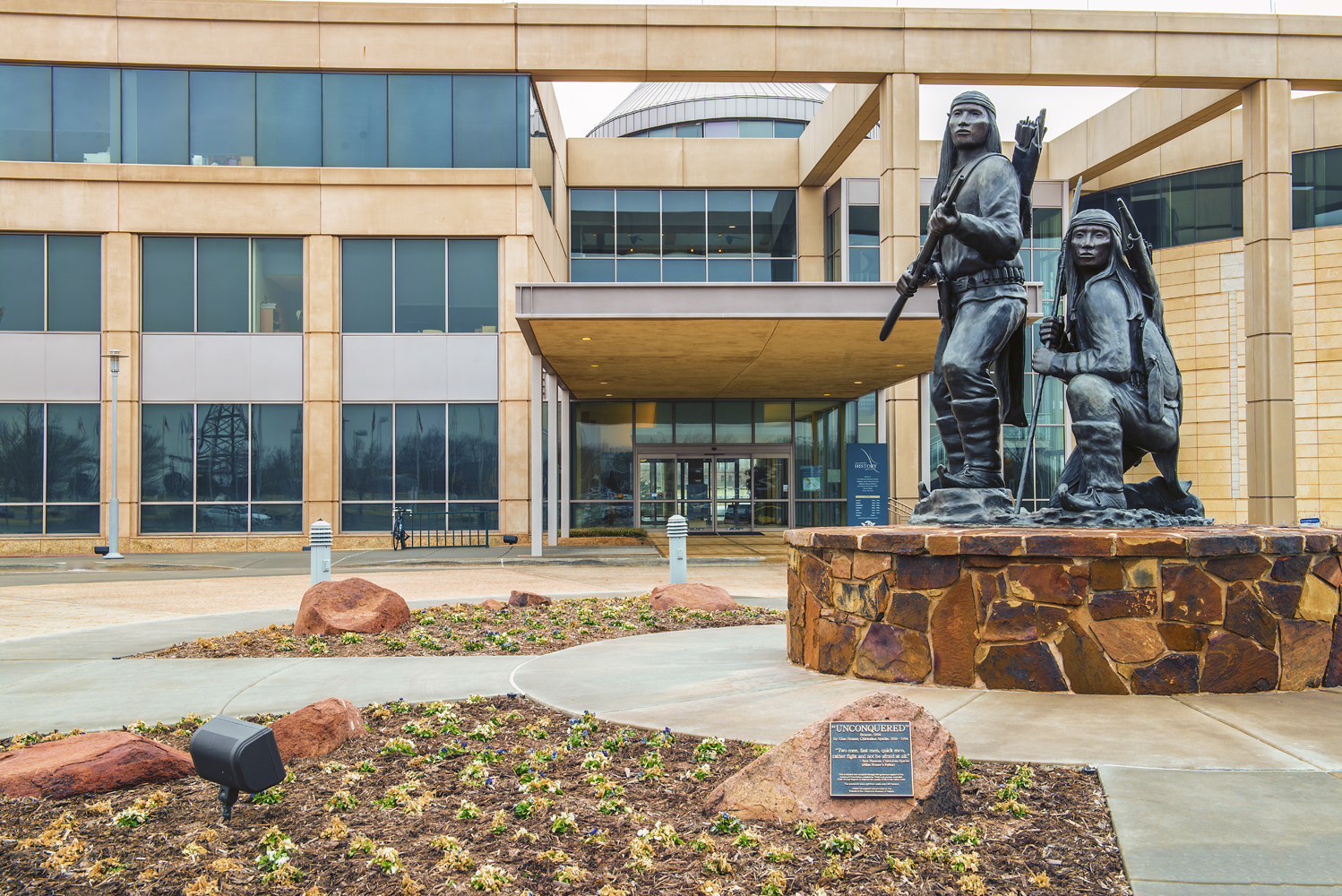 If your family travels any part of Route 66 this summer, we’d love to hear about it! If you’re on Instagram, use the hashtag #tkroute66, and we may share your photo in an upcoming issue of TulsaKids!  Happy travels!

Route 66 Roadside Attractions: By the Numbers

Timing Your Trip Down Route 66*:

John Steinbeck’s “Grapes of Wrath” is the work of literature most commonly associated with Route 66—but if you want to introduce younger children to the history of Route 66 at the time of the Dust Bowl, try some of these books:

“Children of the Dust Bowl: The True Story of the School at Weedpatch Camp” by Jerry Stanley.

Stanley tells the story of a group of migrant “Okie” kids who built themselves a school when none was available.

“Out of the Dust” by Karen Hesse

This award-winning novel tells the story of a young Oklahoma girl who didn’t travel Route 66 at the time of the Dust Bowl—rather, she watched others around her escape while she was left to endure the devastation, along with her grieving father.

“My Name is American: The Journal of C.J. Jackson, A Dust Bowl Migrant” by William Durbin

Although not a true account, this novel is written as a diary by a young boy moving from the Oklahoma panhandle to California.

This graphic novel can help give kids (around ages 12+) a visual representation of the Dust Bowl. 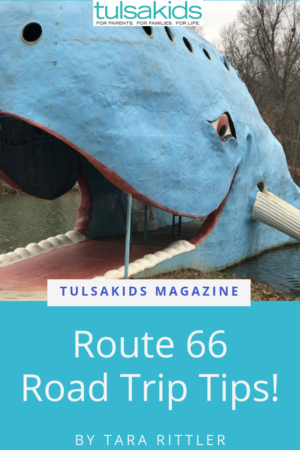